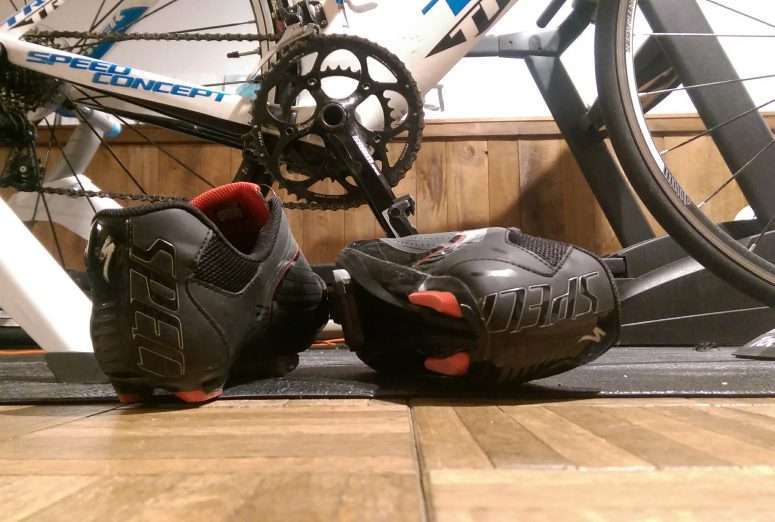 Woke up to this email sitting on top of the stack: “Participant update: 2017 Bank of America Chicago Marathon.” Whoa. That will make it all feel real. Not that I’d forgotten, but it’s been a couple months now since I signed up and I’m hip deep in spring triathlon training, so it had drifted to the back of my mind. Now, with a little flutter in my stomach, it’s jumped back to the front.
It’s real, it’s happening, but not today. Today is about fitness maintenance and working to get over this cold. Speaking of the cold, it’s the type with the nagging cough and endless nose blowing. There was a point yesterday when I stood up and felt a twinge in my abdomen like I’d pulled something, only I’d been basically sedentary for almost 4 days so that wasn’t possible. Unless…yes, I managed to strain something just by coughing and sneezing to excess.
A better night’s sleep has me feeling like there is a light at the end of this mucus tunnel, but I’m not yet 100% and ready to tackle my typical bike workout today. So it will be just a 60 minute free ride to keep the legs loose and the lungs active. I’ll try to stick to about 80% of FTP but I won’t hold myself to it. The key today will be to just get downstairs and on the bike.

I’m writing this second part after my workout. The plan was to stay around 180 watts, but I was pleasantly surprised to find that sitting at 200 felt just as easy. I must be feeling better, but also hoping that the seven weeks of consistent saddle time are starting to pay off with a bump up in FTP. I was also happy to hold around 200 while keeping the heart rate firmly in zone 2 (130’s) most of the time. The cadence was a bit low, but now I’m getting picky.
I was feeling so chipper after the ride that I immediately did my core and hip routine with some rolling. A banner day in the pain cave.
I still like running the best, but riding for an hour or so is getting easier and I don’t try to find ways to avoid it. Now if I could just feel the same about swimming….
MIKE'S WINDOW
Share
free ridetrainertrainerroad