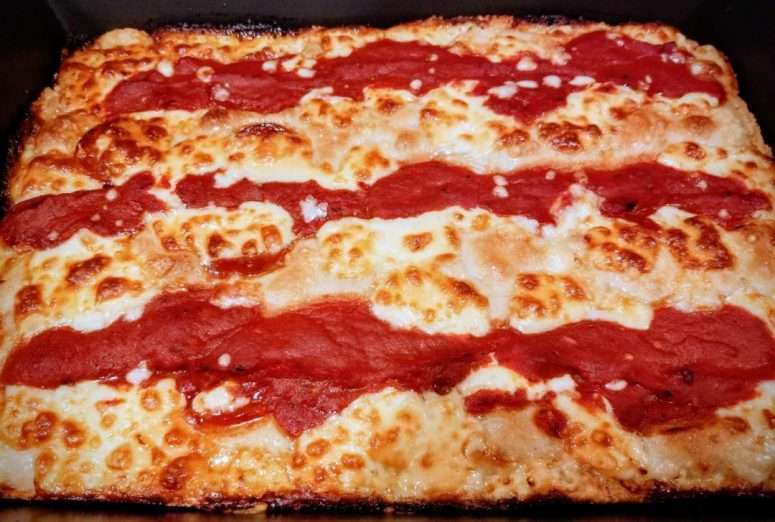 If you’ve heard of Wisconsin Brick cheese and live outside of the Midwest, you’ve probably heard of it in relation to Detroit-style pizza. It’s a high-fat aged cheese with a uniquely tangy, salty, buttery flavor that lends the deep-pan Detroit pizza its buttery taste and more important its crispy, lacy, blackened edges. The edges will look black and burned beyond edible but don’t be fooled that’s black gold.

You can make Detroit pizza with different combinations of cheese but it’s really hard to replicate the high-fat, easy melt texture and taste when authentic brick rings the edges. 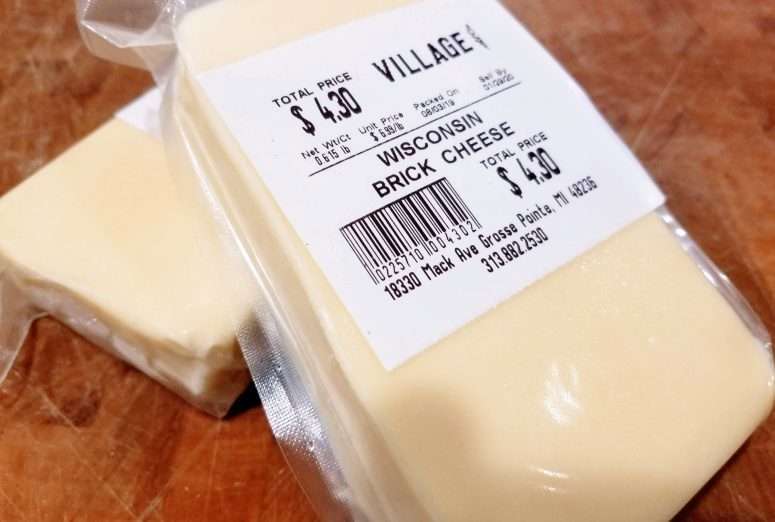 The problem is that there is little demand (or maybe knowledge) of brick cheese’s almost magical melting properties outside of its eponymous home state. You can order it online but unless you’re ordering it in bulk you’re going to pay through the nose in shipping. It might be cheaper to cultivate a new friendship with someone in the Midwest and eventually get them to ship you some cheese. It’s not expensive in Wisconsin grocery stores.

The closest substitute I could find was a mix of low-moisture mozzarella and Jack (which has plenty of fat). Some people also like to use white cheddar and muenster, which has a similar creaminess to the soft brick. 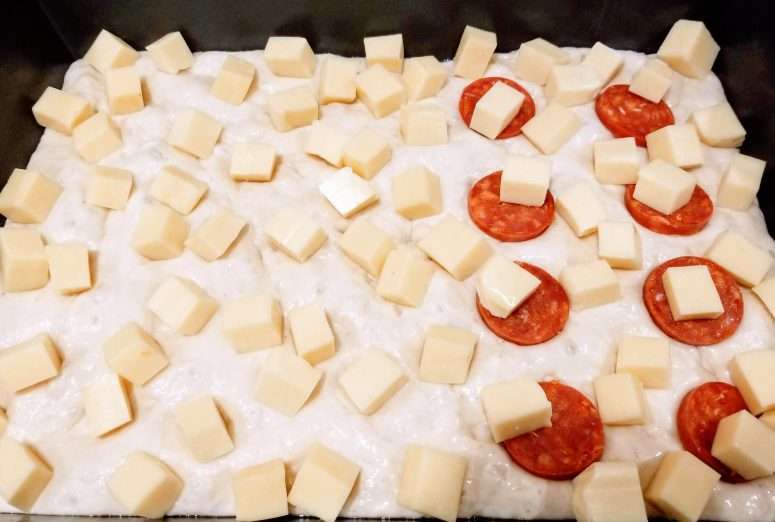 One quick note, if you go for an alternative and have a choice, go for a bar of cheese not grated. For most deep pan pizzas it’s best to cube the cheese as it will take a little longer to melt than grated cheese and will give the thicker dough of the pan pizza time to cook all the way through.

In the end it’s still cheesy, cheesy pizza and going to taste pretty good but if you want the real-deal authentic Detroit-style pie, find yourself some Wisconsin Brick. And maybe a Llyod’s Detroit pizza pan.