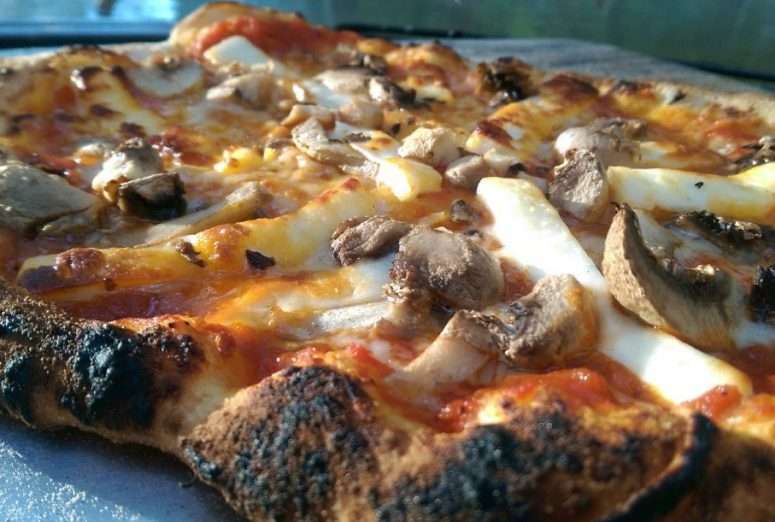 I’m coming up on a year of owning my Uuni2 and I continue to like it and cook with it on a regular basis. It does, however, come with some challenges.

Michelle is already on edge with all the bread making that has filled up the freezer. Imagine if she came home to 8 personal pizzas for dinner. It could go either way. I’m not sure I want to risk it.

The girls are still not (yet) fans of the wood char, so if I’m going through the effort of firing up the Uuni, it’s likely to make pizza for guests that are coming over.

Now, typically I would go for a big Sicilian pan pizza to feed a crowd and that remains my go-to in the fall and winter, but who wants to kick up the oven to 550 for a couple hours during the summer?

That brings up the biggest issue I’ve found with the Uuni. Yes, it cooks pizzas very fast. Yes, it gives it that distinct wood flavor. Yes, it can be temperamental with maintaining temperature. But, my biggest issue by far, is how you prep and prepare all the pizzas and still have time to mingle and talk with your guests?

First, you could ignore the guests, shape and cook the pizzas as fast you can and then catch up over dessert.

Second, you could shape and stretch all the dough and use parchment paper to keep them from sticking to the peel. I typically use parchment when I’m cooking pizzas inside on the baking steel. I had tried parchment in the past when I first bough the Uuni, but the oven was so hot it quickly ignited the parchment which scorched or stuck to the dough. This time I would try to cut more precise rounds that kept the parchment under the dough in the oven.

Here’s what can happen when parchment ignites around your dough. Not that tasty. 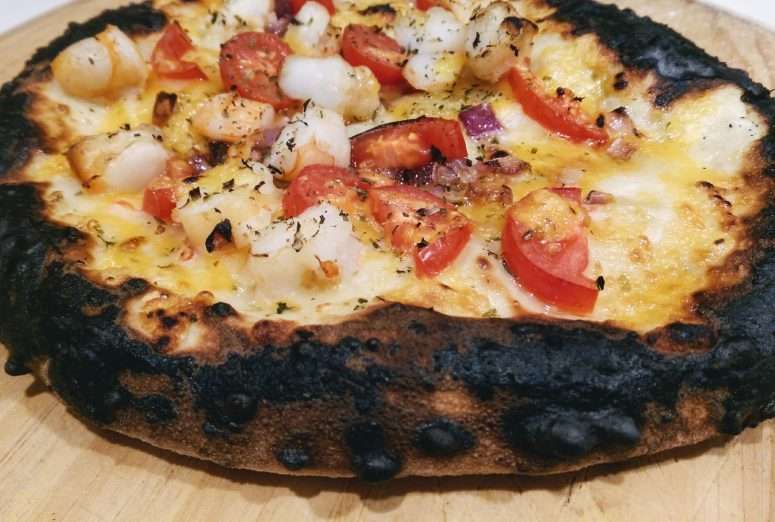 Third, I could parbake the dough just long enough to set the crust again with the goal of keeping it from sticking to the peel. The trick would be to figure out how long to parbake and still let the bottom of the dough do the majority of the cooking in the Uuni.

This clearly called for a more scientific test. I’ll often subject dinner guests to test tasting pizza toppings or recipess but this felt a little more fraught with danger. I bought some bags of supermarket dough (not ideal, I know, for using in the Uuni, but very handy for quick weeknight scientific testing) and set out to solve this riddle.

I started with parbaking. I preheated the oven with the baking steel to 400 degree as I prepped the dough and other ingredients. I cooked the dough on the steel for 4-6 minutes, just until the bottom was set and I could move the pizza around with the peel, then pulled them out and let them cool completely on a rack. 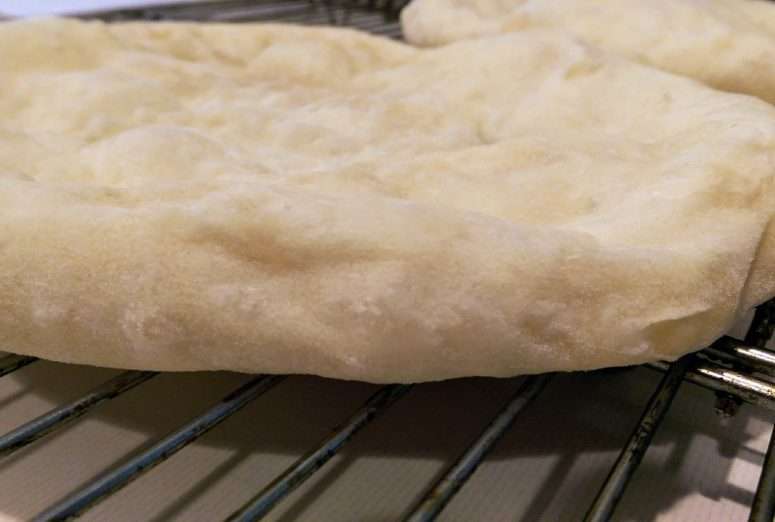 You might give up a small amount of flavor by parking on a stone prior to the Uuni, but you still get the wood smoke coming through and some good color and spotting on the bottom. 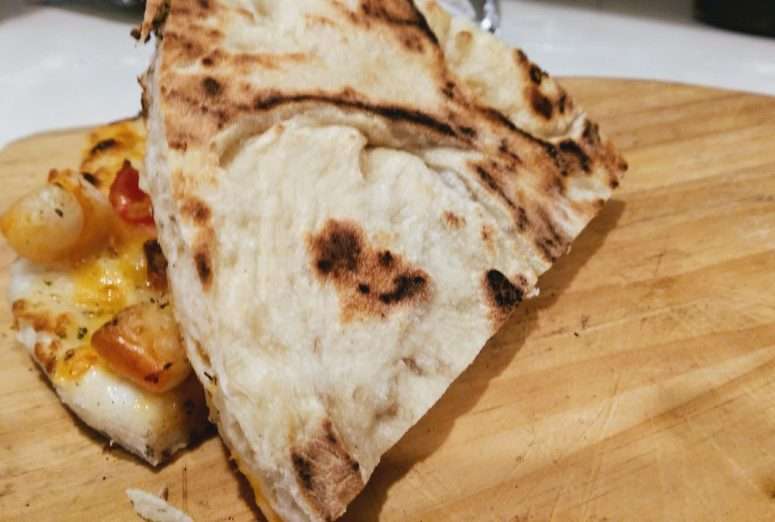 For the parchment prep, I cut small rounds. I knew I wanted the rounds smaller than the dough so the Uuni flames wound’t ignite the paper so I was conservative with the size of the circles. I wanted the circle big enough to allow the dough to slide off the peel with minimal effort. I was going to still flour the peel for extra security. 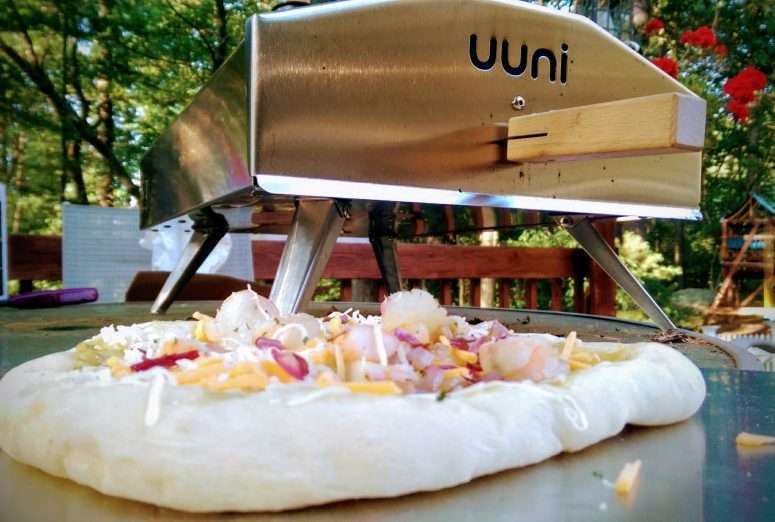 This time the parchment rounds burned on the edges but did not ignite and stick to the dough. You still need to keep a close eye on them and pull them out as soon as you can. 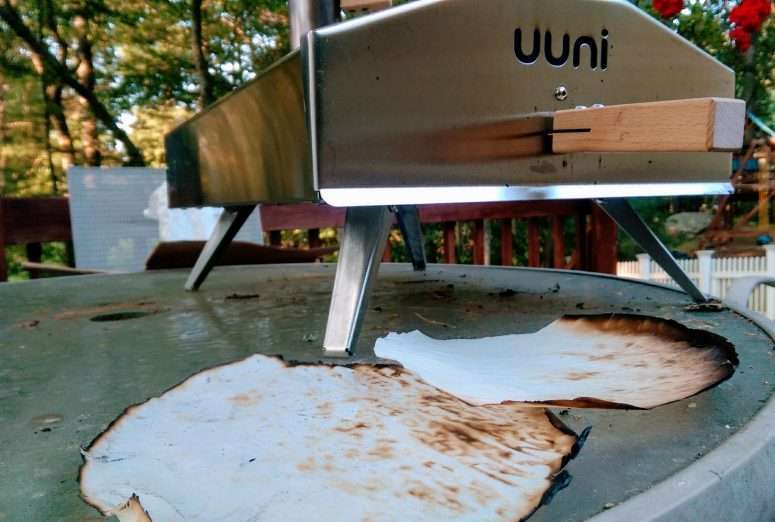 So which was better?

In the end, both methods worked to solve my problem. They each allowed me to prep and prepare multiple pizzas in advance and quickly get them in and out of the oven. I preferred the parbaking. You might give up a little flavor, but there is a lot less effort and maintenance during cooking. You parbake, you top, you cook, you’re done.

With the parchment, you had to first cut the rounds. Then you still had to be careful with the edges sticking to the peel. You also had to re-open the oven and get the parchment out after the crust had set on the stone in the Uuni. This required a bit more vigilance during the opening minute of cooking, though by the end I was timing it so when I did the first turn, I was pulling out the parchment, too.

I love showing off the Uuni and really like the unique flavor it can give the home cooked pies. I think using the parbaking method to prep the dough for more efficient outdoor cooking will help me both enjoy the cooking and enjoy the party.