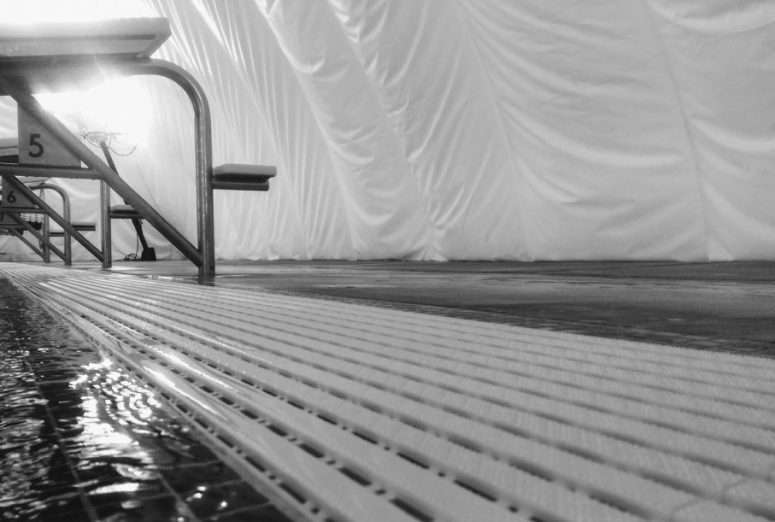 Back to school and back to the routine this week. It was sometimes a bumpy transition for the girls. It didn’t help that the temperatures also started dropping back to normal. Nothing worse than trying to convince the kids that they really need to keep wearing those coats after spending last weekend in short sleeves.

We have double birthday parties today so that will sugar the kids up and hopefully tire them out. One is at a grocery store. Party is aisle seven! Should be interesting….Some notes on the rest of the week.

For my Olympic triathlon in June, I’m using the training plan within my TrainerRoad subscription. In the past, I’ve successfully used an online coach, but I thought as this was my ‘B’ race, I’d take advantage of my online TrainerRoad subscription and try their plan. It’s structured around the bike workouts, but also gives you pretty specific swim and run sessions. I like that they give you volume (low/med/high) options to fit into different schedules. I’ve had to adjust the swim workouts a bit as I use the Total Immersion technique, but overall it’s helping me structure my weeks.

Pros and cons this week. On the plus side, after not doing any swim sessions last week, I got back in the pool on Tuesday. On the con side, I missed my second swim session on Friday as my shoulder/arm is bothering me. Not sure if it’s related to swimming (it’s happened in the past) or from my day job (high computer usage), but I shut it down on the swimming front as it couldn’t be helping. I’ll see how it feels on Monday.

Sunday – Frissel + 1 on TrainerRoad. Had to cut last Sunday’s planned 90 minute ride down to 60 minutes due to family obligations, but I can feel the effects of eight solid, consistent weeks on the bike starting to pay off.

Monday – Before commuting into the city, a quick 45 minute, unstructured spin on the bike to stretch and move the legs after a long run and a hard interval bike over the weekend.

Tuesday –  Two a days. A swim set in the morning, some TI drills and then some 100 and 75 intervals. 1875 yards total. Later, a 45 minute recovery run, legs were still a big heavy. I need to be better about truly taking recovery runs slow.

Thursday – Speed work on the treadmill (temps were still ok outside, but it was super-windy). Felt really good during this 60 minute treadmill progression. Watched last year’s NCAA 10k championships and highlights of Gwen’s Olympic triathlon victory to keep me motivated. Two mile warm up then 5 miles @ sub 10k pace, last mile hard then cool down to 60 minutes to finish. Really happy with my overall 6:28 for the 5 miles block with that last mile done @ 6:05.

Saturday – Frissel + 1 on TrainerRoad, but this time the full 90 minutes. Pretty proud of this one. I was really not feeling it and 90 minutes seemed interminable, but told myself to just get 60 done. I got to 60 and told myself to get to 75 and after that it wasn’t much until 90. Oh, the mental games we play.

Great bike week. That’s the kind of time I need to put in to really make some improvement in my cycling. Also did fairly well on my core/IT routine, hitting that 3 times this past week.

Need to continue to watch the shoulder, maybe add in some of my old rehab exercises to strengthen it up, too.

Derek’s follow up post at Marathon Investigation about the recent cheating scandal during the Fort Lauderdale Half.

Molly Huddle writes about her experience running the NYC marathon on her blog.

Runner’s World has a short interview with Shalane Flanagan on just how she got injured. Blame the treadmill!

Oh boy, this is not new, but still not good. Anytime Lance Armstrong comes up….

Business Insider  (huh?) profiles vegan heavyweight David Haye. But what about the protein?!

Even ants can’t escape the treadmill.

Unicorn toast. My girls would be all over this, but my god what is the cost per piece with all those powders!

Detroit pizza you are officially on my pizza to-do list.

Hell might freeze over before the US does something like this: Germany’s official functions will no longer serve meat or fish.

BA on the best sleepy time teas. Look at that bear!

We are still not back to meal planning, so it was another improv week of recipes, or really no recipes, just using some pantry staples. Sometimes it’s just easier and less stressful to keep it simple. The standout meal might have been the big salads topped with baked salmon that went along with the focaccia on Tuesday.

A close second might have been these roasted mushroom tacos based on a Rick Bayless recipe. These were very tasty along with some refried black beans and spelt rice.

Mostly listened to Side Hustle School and past episodes of the Fizzle show while on my daily walks with Dash.

After finishing up season one, still not sure why Sneaky Pete wasn’t a bigger hit for Amazon Prime. I hope it gets a second season. A few places required stretching logic a bit too much, but easy to overlook those rough patches with the quality of acting on display.

Most days my older daughter, Cecilia, is much more like me in both habit and temperament, but this photo of Allison is how I feel asleep for many, many nights as a kid. I hope she does the same. 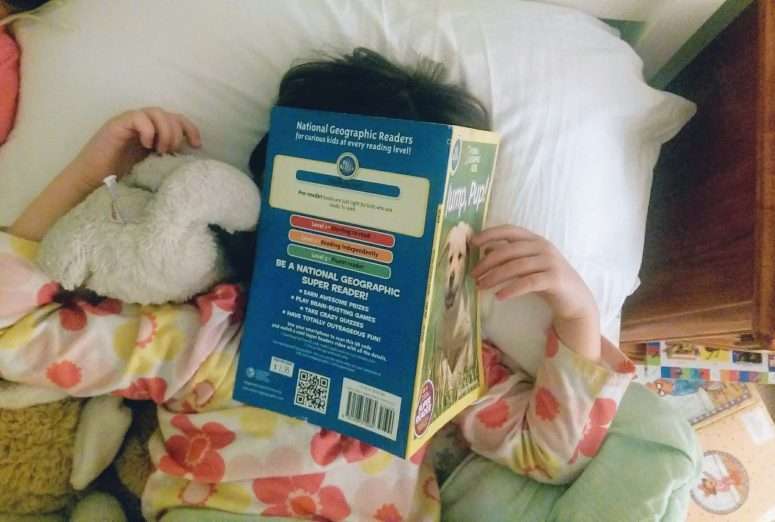