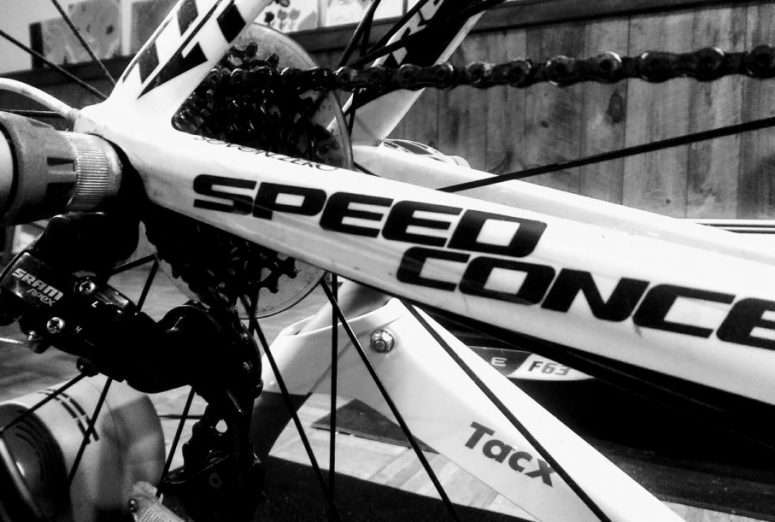 The week after a sickness derails a training plan is sometimes worse for me than the resting and waiting during the sickness. Getting back at it, working out the kinks and convincing your body that you actually want to do this can be frustrating and mildly demoralizing. You just need to push through it and trust that the fitness is still there under the rust and mucus (too much?).

That was this past week for me. I was able to get back to working out, but it was in fits and starts while trying to finally put this hacking cold to rest.

Five weeks until the triathlon….some notes on the rest of the week.

On the plus side, lots of rest days in the last 3 weeks! Hoping that keeps me healthy without too much of a dent in my fitness. Keeping a positive attitude over here. A more consistent week than last week with a couple big workouts toward the end of the week. Still a few lingering coughs, but finally feel like I’ve put this sickness behind me.

Five weeks to go until the race, just need to stay consistent, strong and injury-free.

Sunday – Rest. Still just trying to put this cold down.

Monday – 60 minutes. 7 miles. 8:12/mile. Just a simple run. After 2 days of rest, just wanted to get out there an move. Wasn’t looking to accomplish any more than that.

Tuesday – 60 minutes. TrainerRoad. Elephants-2. Elephants -2 is 4×6-minute intervals at 108% FTP with 3-minute recoveries between intervals. With the race date closing in, many of the interval workouts have shifted to less intense spikes in FTP and longer duration at close to FTP to prep the muscles for sustained power.

Wednesday – 60 minutes. Trail/road run. 6 miles. 8:33/mile. After 2 days of workouts, was feeling a little blah from the vestiges of the cold. I should probably have just called it a recovery day, but I’m stubborn. I headed out onto the trails instead. Felt OK once I was out there. That’s usually the case.

Thursday – Rest. I actually didn’t plan to rest, but things got busy and I had a doctor’s appointment. If I’m not working out by 2 or 3, it’s usually not happening.

Friday – Brick workout! After my unintentional day off, I decided to punish myself with a bike/run workout. 75 minutes. TrainerRoad. Fang Mountain. Fang Mountain is 4×9-minute over-under intervals with 1-minute valleys at 95% FTP and 2-minute peaks that ascend to 105% FTP. Recoveries are 6 minutes long. This bike workout was all about handling changes in pace while maintaining power output.

After that, I put on the running shoes and headed out for a brick run. 35 minutes (probably a bit long, but was doing a loop and had to make it home), 5 miles, 6:57/mile. I think I’m slightly addicted to these bricks because it’s been so long since I’ve felt this good coming off the bike.

Saturday – Long run. 95 minutes. 11.6 miles. 8:10/mile. And I paid for that brick effort the next morning when I went out for my long run. Legs were tired right from the start and never really shook off the fatigue. It was a slog, but I tried to take advantage of it and remember that running on tired legs is a good workout and mental challenge.

Even if it will stress my shoulder, need to get back in the pool once a week just to keep my stroke from completely falling apart.

I am definitely guilty of ratcheting up my performance expectations, perhaps, sometimes to my own detriment when leading up to races.

The Science of Sport takes a look at what’s next (and when potentially) in the 2 hour marathon quest.

Would you use a race subscription service rather than one-off sign-ups?

Just one of those simple things you should know how to do properly in the kitchen: how to clean a wooden cutting board.
Food52’s guide to Brimfield. One year I’m going to make it out there.
Always good to have a few of these in your back pocket for weeknight dinners, especially with CSA season starting up soon. 10 casseroles packed with veggies.

We finally made it back on the meal planning train, at least for part of the week. One quick easy meal was this recipe for mushroom and swiss chard quesadillas. The time saver here was heating/melting everything together in the oven on a baking sheet rather than trying to cook each quesadilla separately.

The second recipe that worked well this week (and made great lunch leftovers the next day) was this one for a farro risotto with kale and feta.

Finished up The Highway Kind collection of stories. Like most short story collections, some are better than others, but on the whole it’s pretty solid. Had a craving for a good, propulsive thriller and went back and re-read Lehane’s second Kenzie/Gennaro thriller Darkness, Take My Hand. Still holds up. Very dark. Started reading Nesbo’s latest Harry Hole last night.

Also, still reading about the mental aspects of endurance sports with How Bad Do You Want It.

Caught up on Crime Town during walks with Dash. I think the episodes that focused on Cianci and city hall were the strongest. It’s almost hard to believe things were that screwed up.