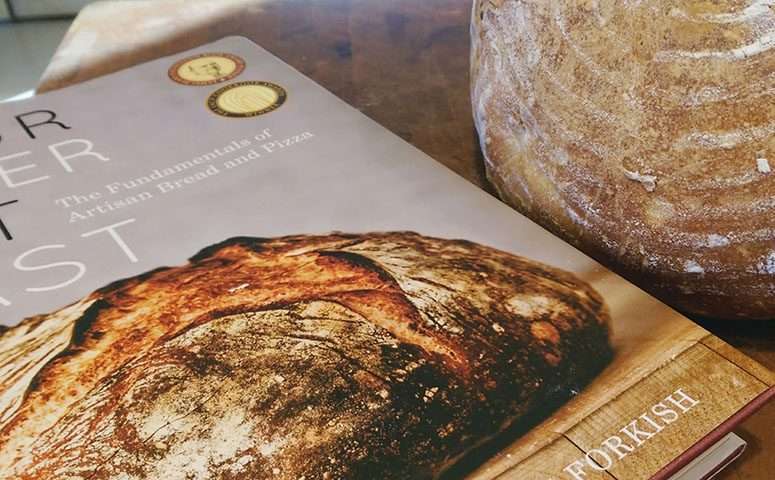 I don’t really need any reason or excuse to bake some bread, but if one presents itself? All the better. My parents were coming over for a Sunday dinner of stuffed shells and salad and a family meal like that just wouldn’t be complete without a nice crusty loaf of bread.

So on Saturday I plucked Ken Forkish’s Flour Water Salt Yeast off the shelf and took it to the park with the girls. I flipped through it while the girls hung upside from various pieces of equipment in the spring-like sun. It all ended well. No broken necks for them and I decided on the overnight wheat bread. We all headed off to for lunch quite satisfied. That satisfaction lasted about six hours.

Right up until the moment I went to mix the dough and realized I was out of wheat flour. That took the wind out of my sails. I’d start fresh in the morning. And just like that overnight whole wheat bread became same day white bread. 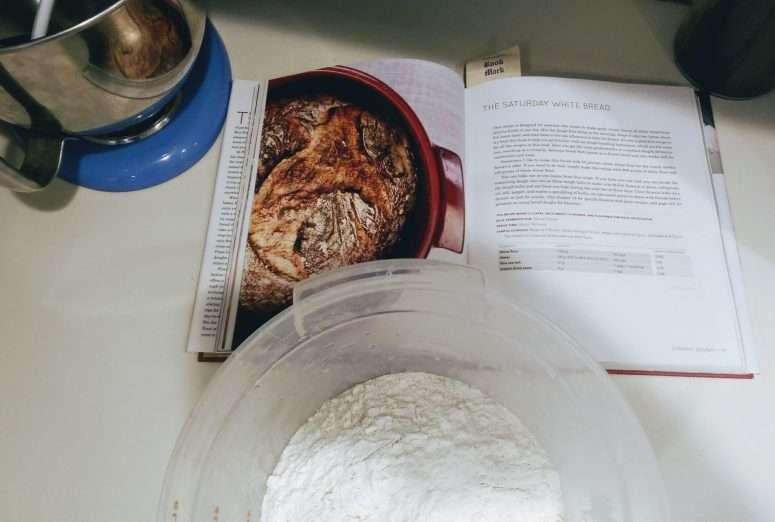 One aspect that I really like about FWSY is that Forkish lays out different baking schedules so you’re not sitting there trying to back out all the times to figure out if you’ll have the loaf on the table by dinner.

720 grams of filtered water heated to about 90 degrees F 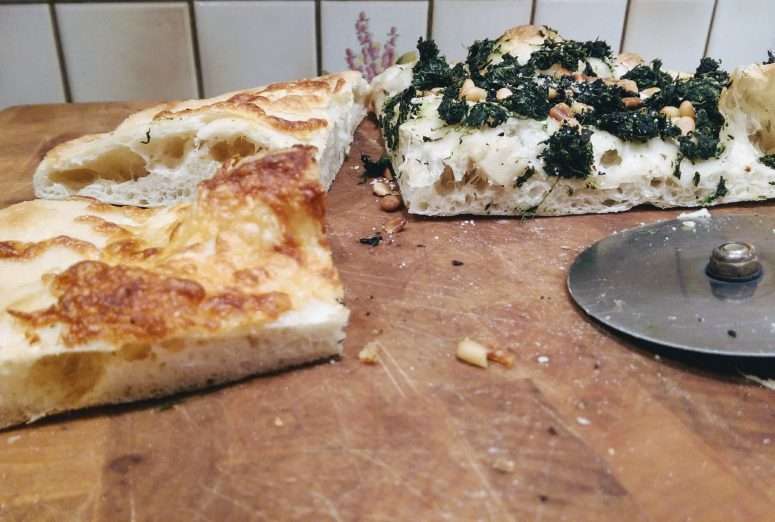 I really wasn’t sure what to expect from the second dough I’d stashed in the fridge, but again, I was pleasantly surprised. It did not dry out and it still slipped right out of the banneton (rice flour really is magic!). Even straight from the fridge it remained pliable and I had no trouble stretching it out and covering almost the entire oiled half sheet pan. The whole process only took about 5 minutes (plus the time to preheat the oven). 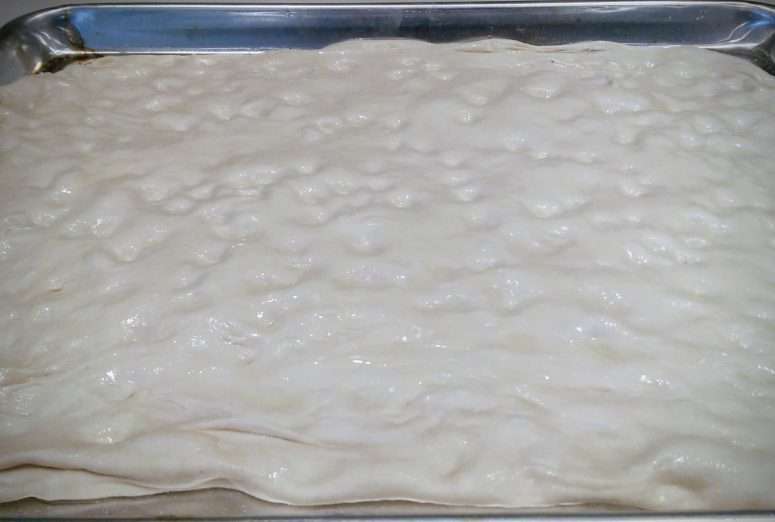 The focaccia (you could hold a healthy debate on what the definition of focaccia is but for Forkish it’s dough cooked on a sheet pan) takes about 15 minutes to cook through in the oven (at least mine) and here’s where I made my only mistake. I should have baked it naked for the first 10 minutes and then pulled it out and added toppings and cheese. Fifteen minutes was a bit too long for both the cheese half and the spinach/pine nut half. It didn’t taste bad, but it could have tasted better. It made a nice compliment to a big salad for our Tuesday dinner. 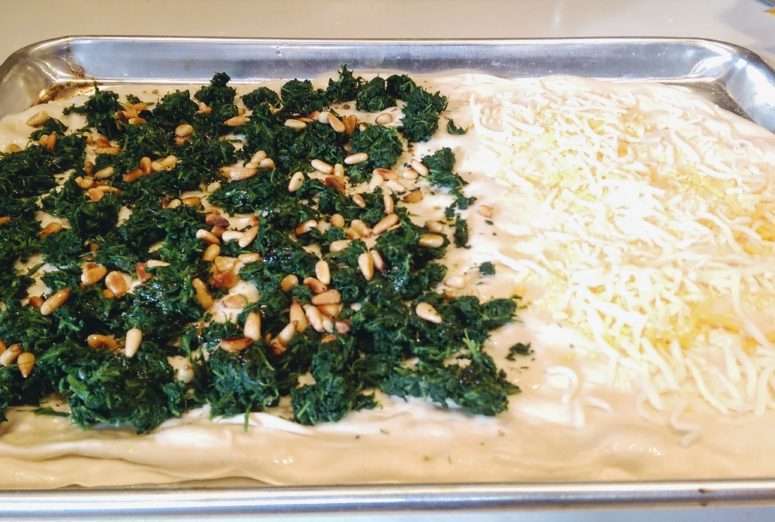 I was a bit annoyed that the original recipe made enough for two loaves, then skeptical that the second could easily be stored and used later, but I was wrong on both accounts. I now see the wisdom in putting in the effort up front to get the two doughs and the flexibility it allows in spreading out your fresh bread over a few days time. I look forward to trying more recipes in FWSY and his follow up pizza book that has also been sitting on my shelf for far too long.