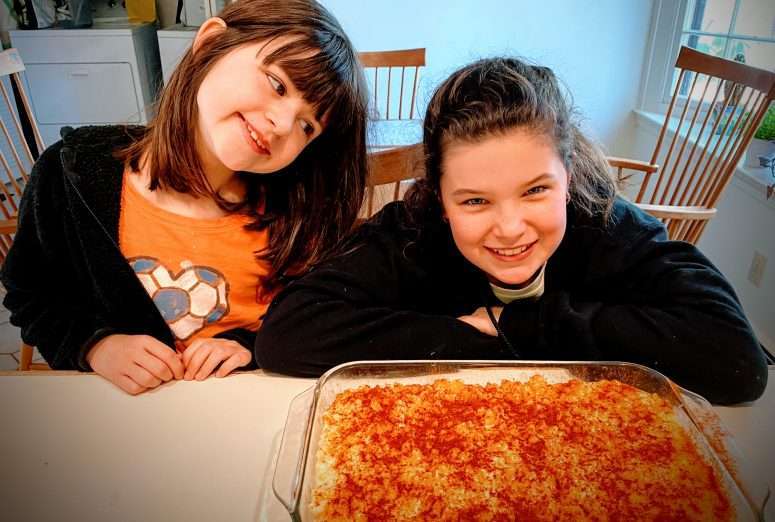 This was a better week. I decided to stop fighting it, lean in, and embrace the glitter. Actually, it was watercolors that led me to the realization that I had started creating rules for the wrong things. And those rules appeared to exist just to stress me out more.

The girls love any art project but they really love painting. I hate painting. It’s messy. It gets on their clothes. They don’t clean the brushes. They violate basic rules of color theory. Essentially, it’s inconvenient and tiring for me.

Why are all my rules negative? The world’s upside down right now so why not a rule about embracing the mess? Why not a rule encouraging their curiosity? Maybe more of those types of rules would help me relax. I could use a rule about more relaxing.

I’m not abandoning rules completely. That just leads to finding glitter in your bed or all the glue sticks being left uncapped. Rules can help with a lot of things. They’re important. But arbitrary rules made up for my own convenience…that just leads to (more) day drinking.

We started the day with the morally conflicted Cindy doing her best to break up Alice and Sam in the tattle tale episode. Personally, I liked the ones where they turned Cindy into a crazy narcissist or when she gets in trouble for snooping. Cindy was the writer’s emotional guinea pig. 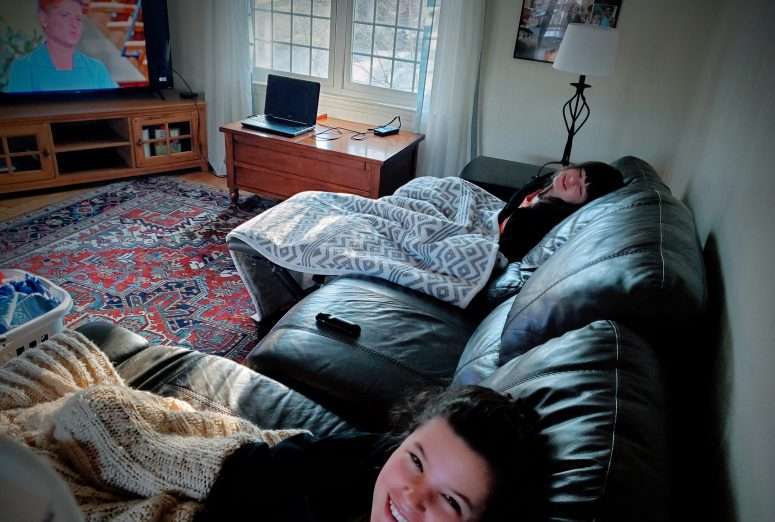 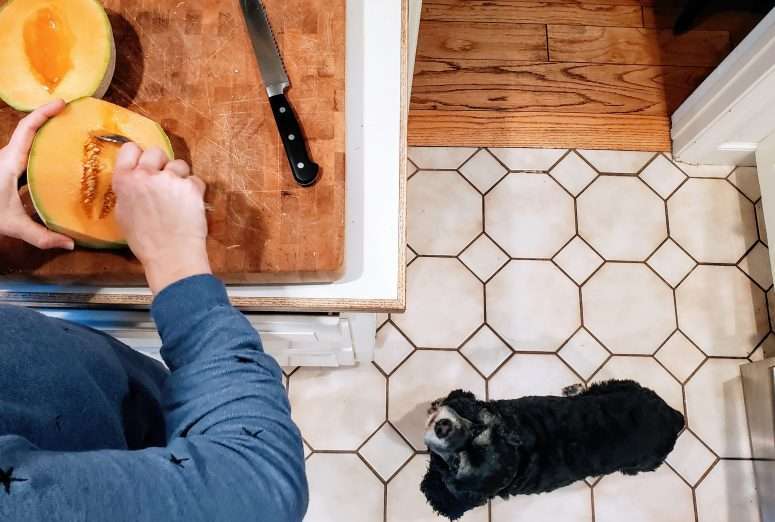 Easter dinner prep started early. Without Poppy coming, I’m not sure who else is going to eat the jello mold. With or without pineapple, it won’t be me. 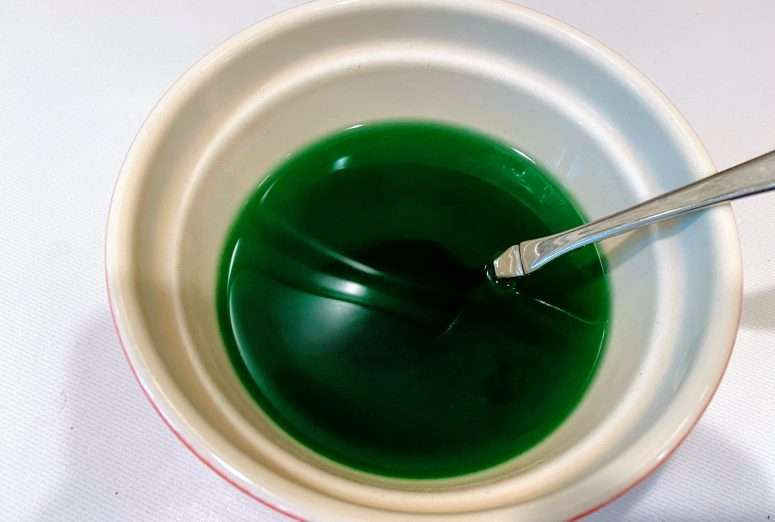 This might be the first year where the girls’ efforts actually helped more than hindered. They made most of the mac ‘n cheese and pupa cu l’ova cookie dough. 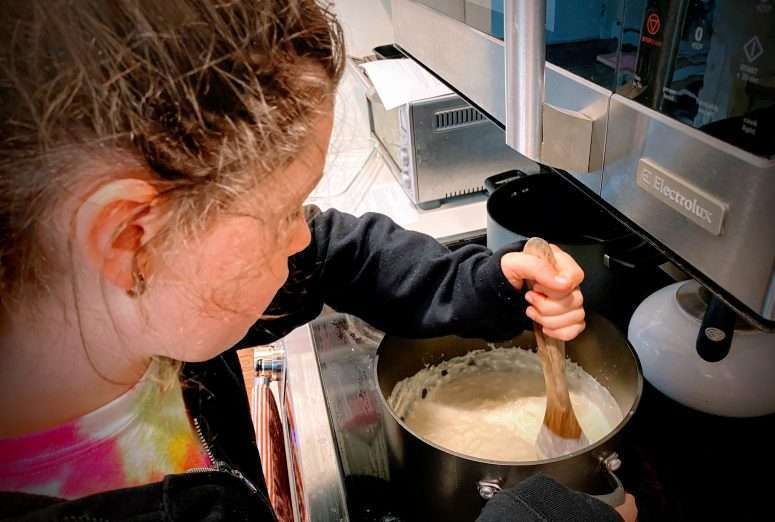 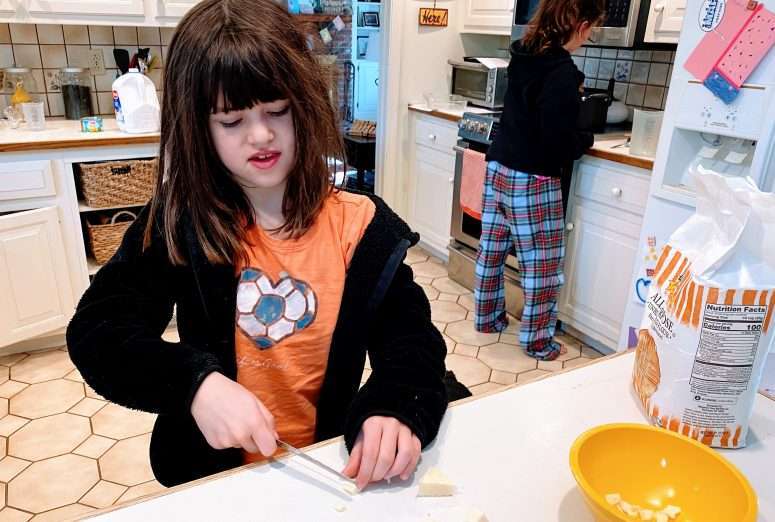 Dash was baptized for Easter. Never has a dog looked so sad. If I’m ever having a bad day I’m just going to pull up this photo. Can’t you hear the Sarah McLachlan song? 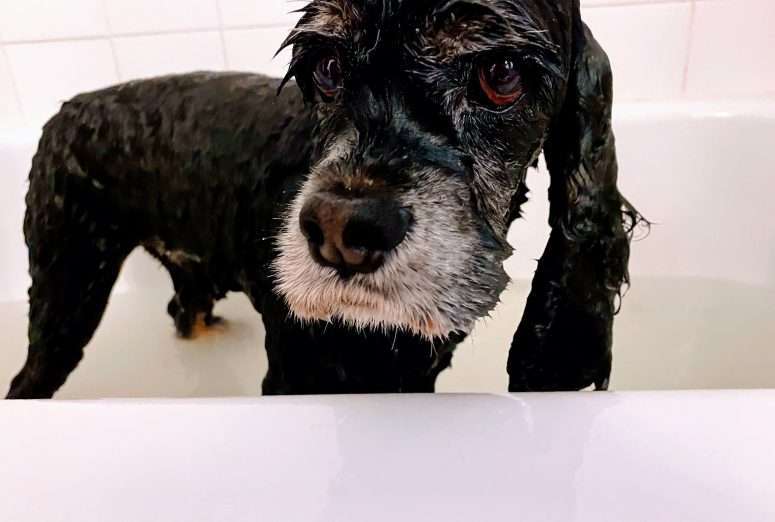 I did get out for a morning run and was thankful that both the urban planners made some nice wide streets so I could still see my Soles friends and that the local taproom was still open. Quarantine will not take my miles or beers. 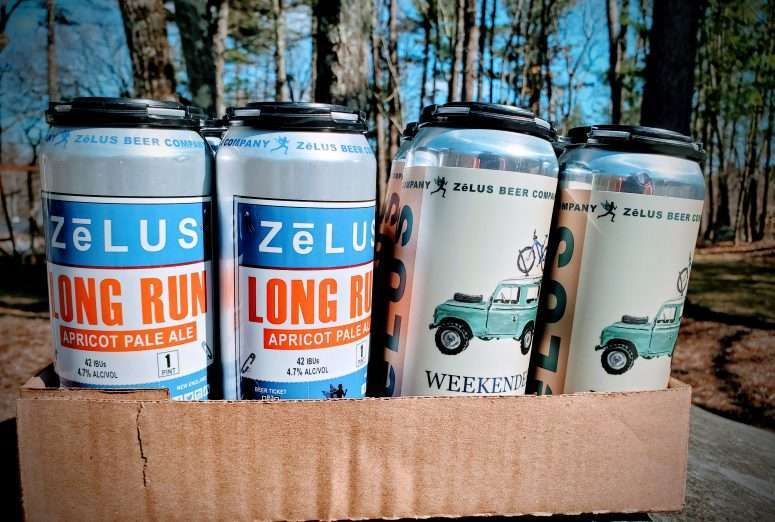 Michelle on Thursday: “I am not going to clean or go to the store this weekend.” Michelle on Saturday before noon…. 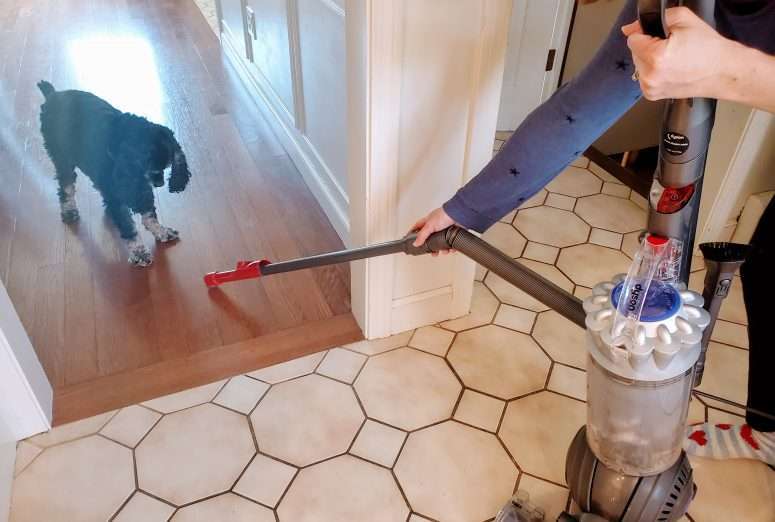 ….at least the visit to the store was the drive-thru wine shoppe. 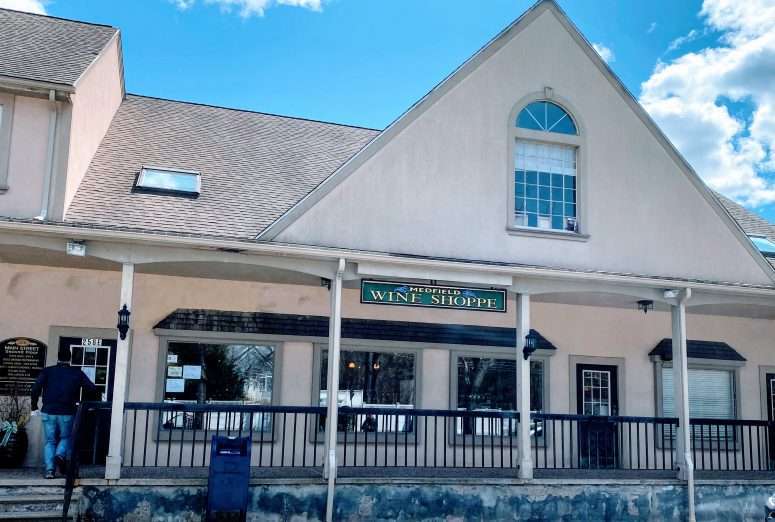 The girls have been spending a lot of time in their new clubhouse. The bottom shelf of the linen closet. I’m not talking about five or ten minutes. I’m talking hours. Should I worry or be grateful? Should I show them the R.Kelly video? Probably not. 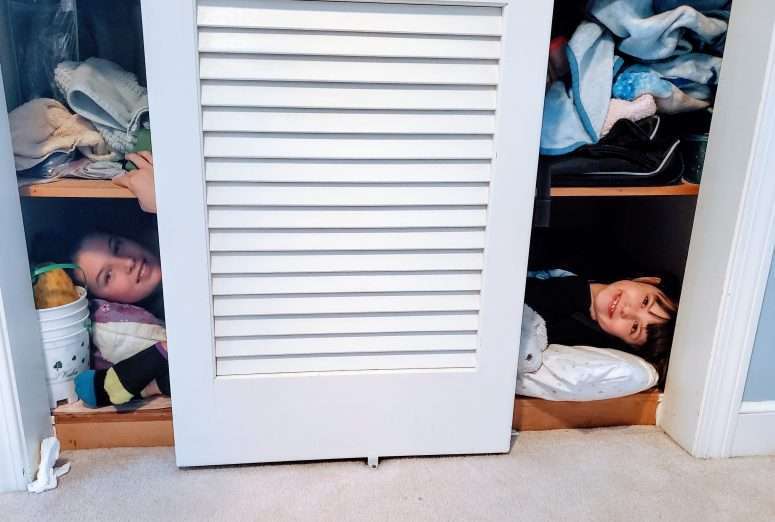 April is chock full of birthdays and rain. Given that it was supposed to rain on Monday for Cece’s birthday, we decided to bump up a couple presents early. 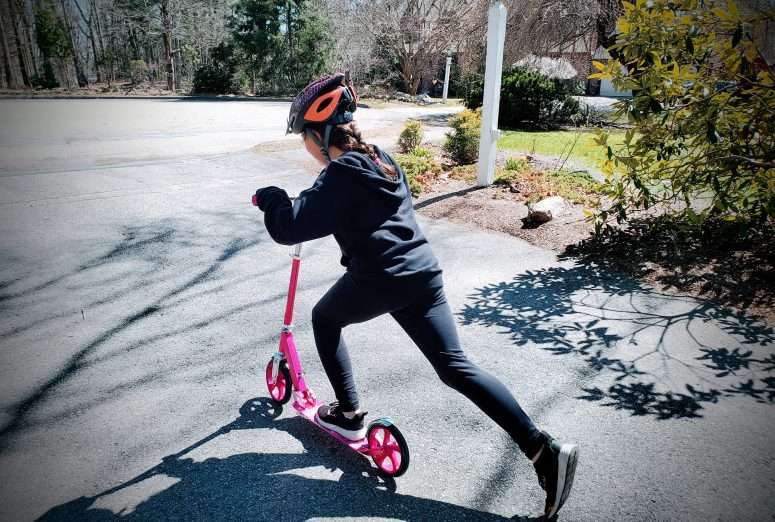 In the afternoon we did an internet stress test. Michelle was on Netflix Party, Ally was facetiming with San Diego, and Cece was video chatting and co-shopping with Grammy. 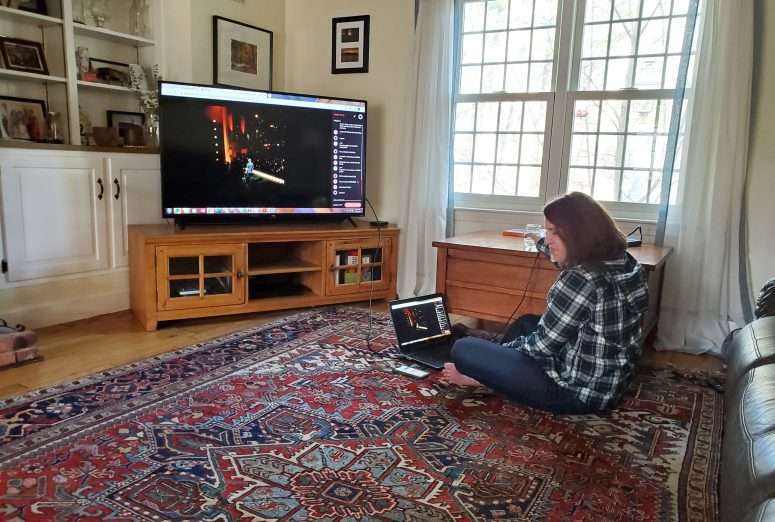 With the cookies cooled, it was time to go to Ally’s happy place. Sprinkles! 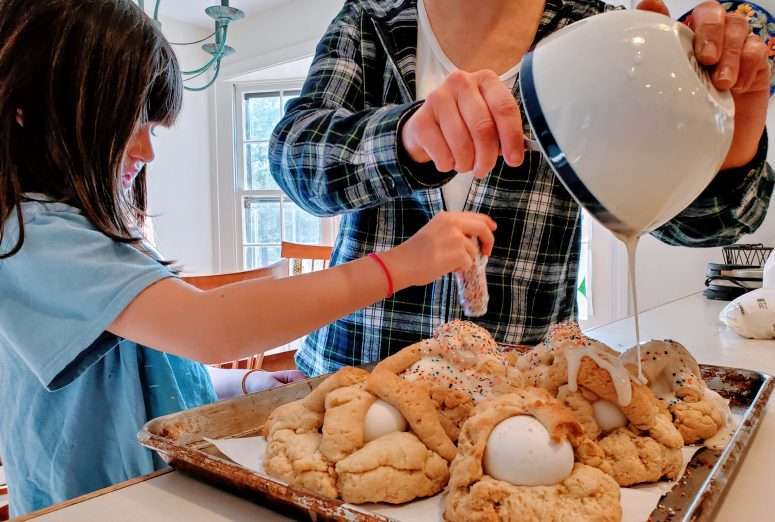 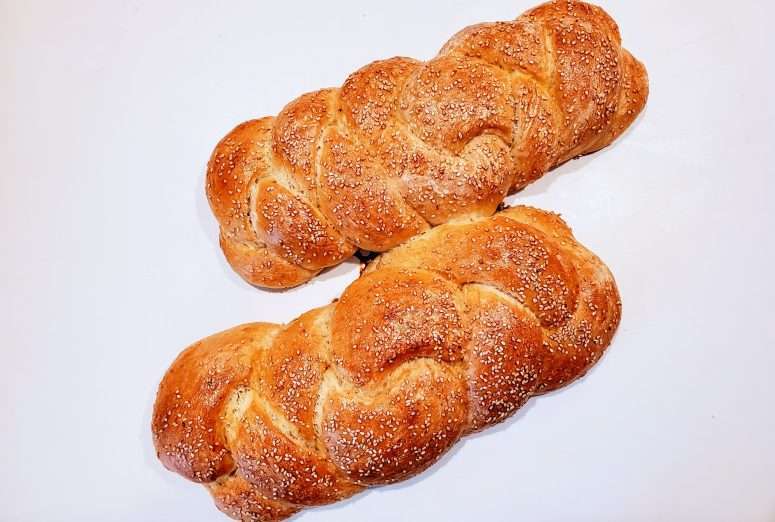 We finished the day with the Jelly Belly episode of Gourmet Makes. The girls (and I) love this show. It’s like How It’s Made but with pop culture foods. I’m pretty sure Allison might be the only first grader than knows how to temper chocolate and can tell you what soy lecithin is. 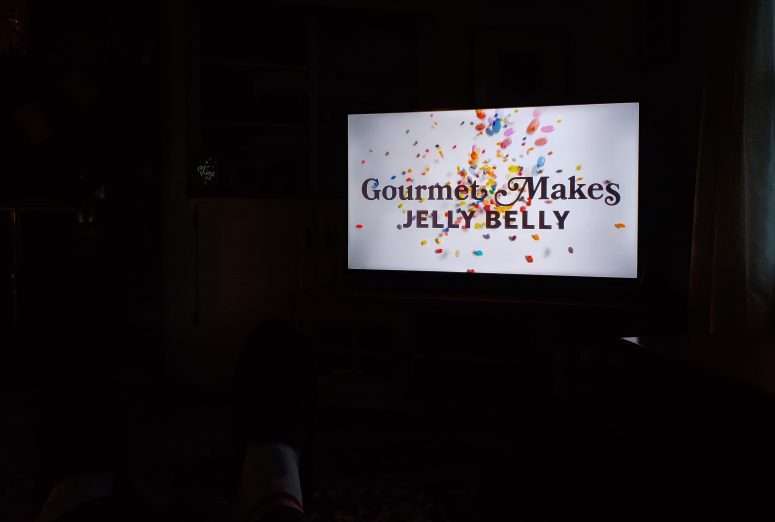 That was Saturday. Happy Easter!