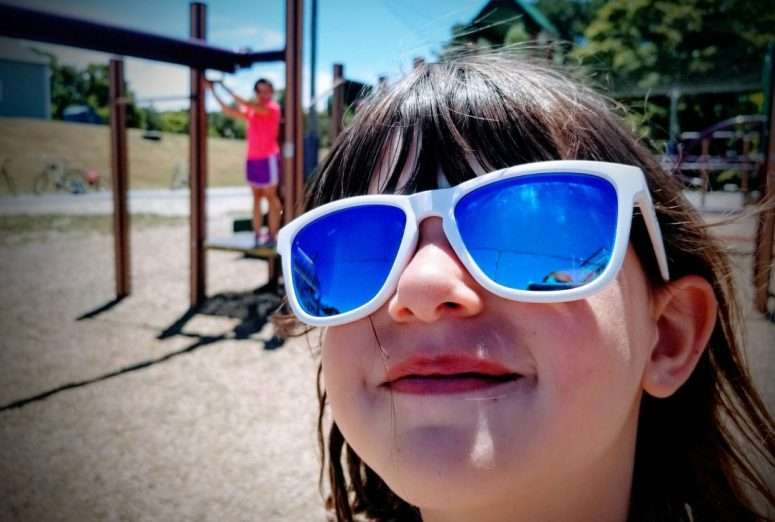 The girls recently learned a new phrase: “Uncles never say no!” We spent the last seven days on the Cape with family and the girls’s aunt and uncles spoiled the girls rotten with presents, crafts, clothes, cheese balls, compliments, whip cream and attention. Mostly it was the attention and the complete inability of my brother-in-law to say no. They have no idea how good they have it.

The innocence of youth is galling. And I do sometimes worry about it. But not on vacation. If you’re going to spoil your kids, vacation seems like an appropriate time. It’s an especially good time if you’re an aunt and uncle and can escape back to the hotel when the first cracks appear in the kid’s composure.

As parents, unfortunately, we can’t escape when all the good times come home to roost, but luckily mai tais and boat drinks are wholly acceptable after 11 a.m. on vacation time.

We start the day in the beach house bunk house. Ally and Dash just love sleeping in the same room as one big family. For the rest of us, the novelty wears off pretty quick! Cecilia, getting her Netflix done early. 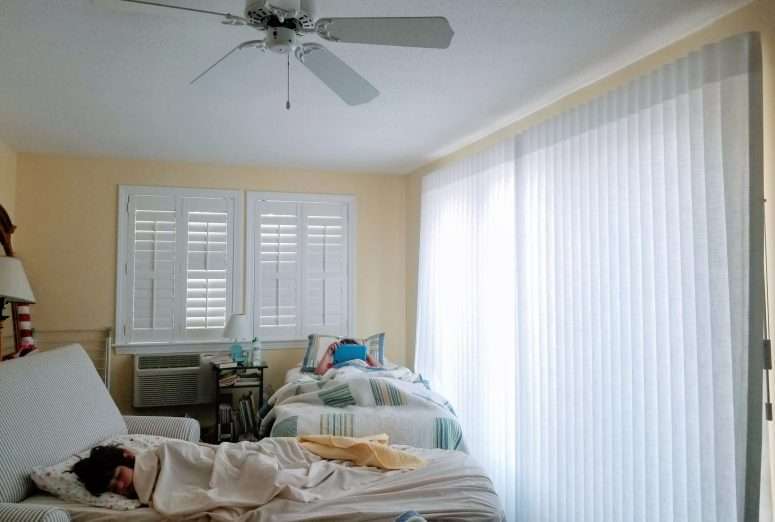 Of course, the girls eventually ended up on the couch. 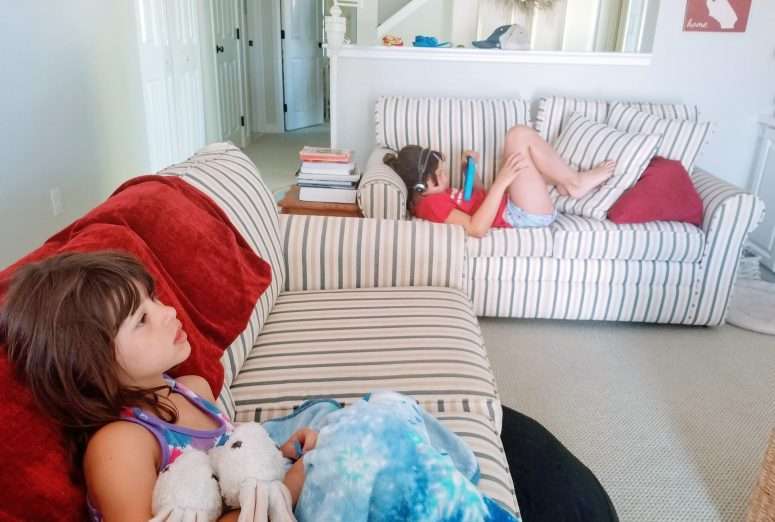 Eventually (i.e., after 2 cups of coffee) we pulled the plug on them and made them eat breakfast. Vacation means chocolate chips and sprinkles in the pancakes. 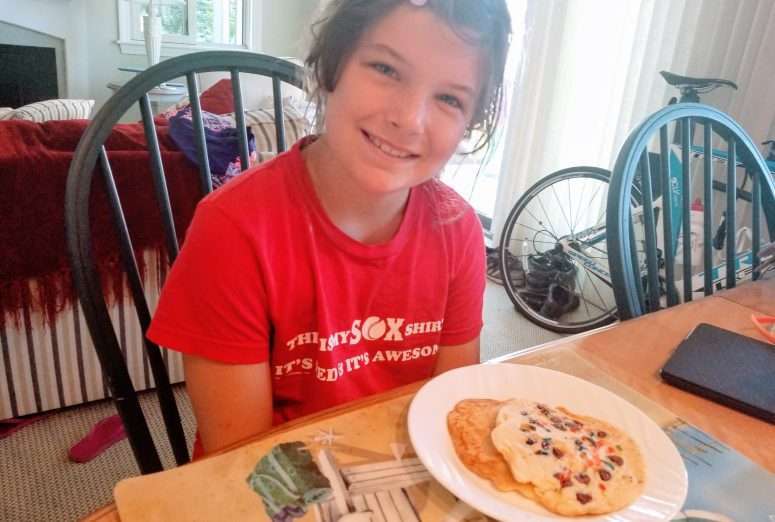 Dash loves his early morning walks on the Cape. You’d think he was running for condo association president the way he shamelessly panders to anyone that passes by and makes eye contact. 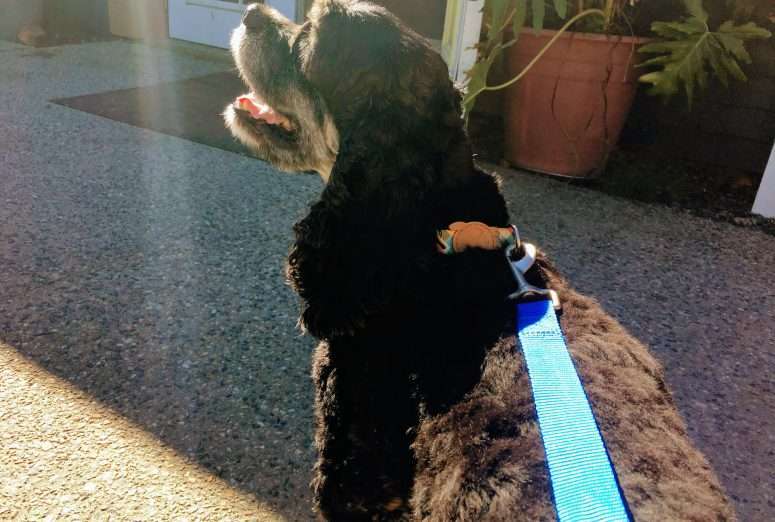 Auntie Meg and Uncle Patty had to leave early on Saturday. Boo! But the heat and humidity also left. Yay! We were able to finally get out on the bike path without sweating through our shirts in the first five minutes.

Ally is making progress with the two-wheeler, but isn’t yet ready for the bike path (or public roads really) so she and I used the tag-along for our bike adventure.

This was actually a gift for Cece, but she never really liked it. Ally, on the other hand, took to it like a duck to water. She let loose that cackling laugh from the first peddle and then didn’t stop her running commentary for the next hour. It was like having my own personal talk radio station while I biked. 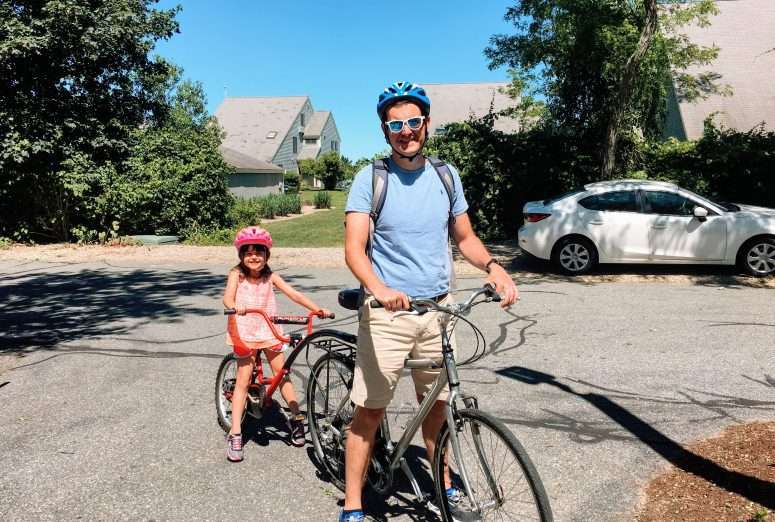 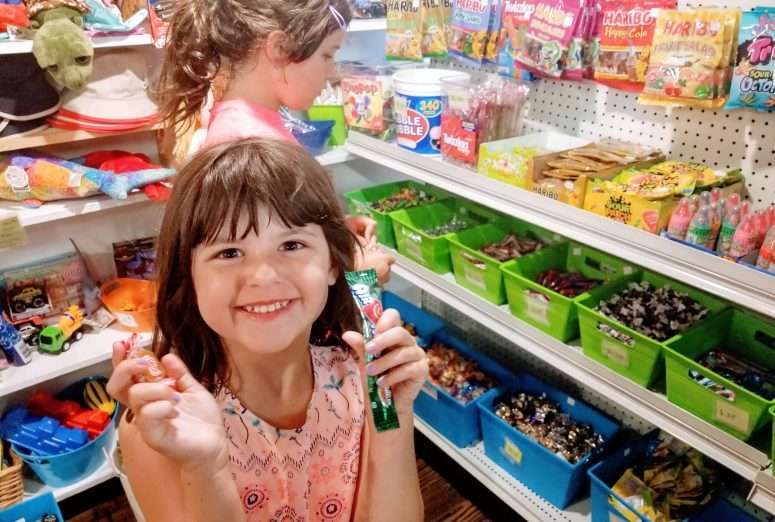 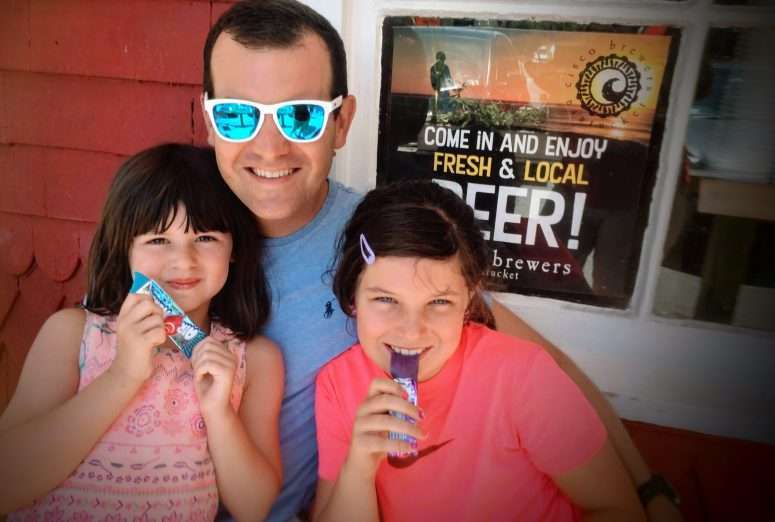 Then a pit stop at a lake because “riding a bike it tough on your bottom” according to Ally. 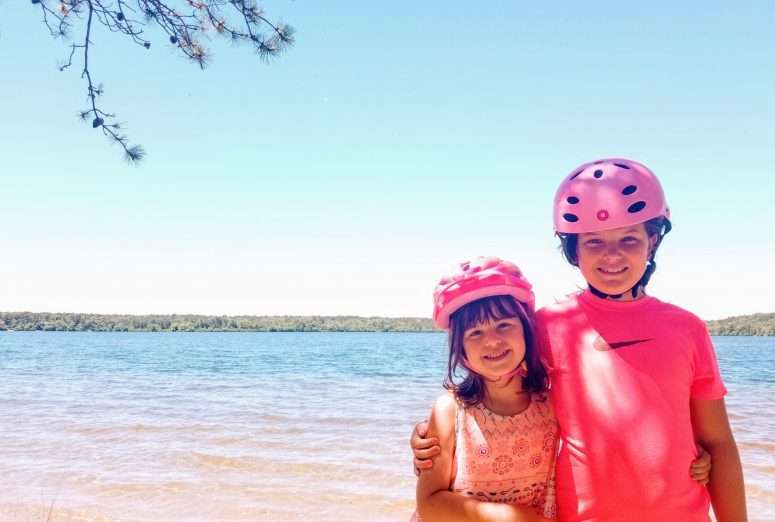 Next, it was off to the playground. It was like someone designed this bike tour with kids in mind. 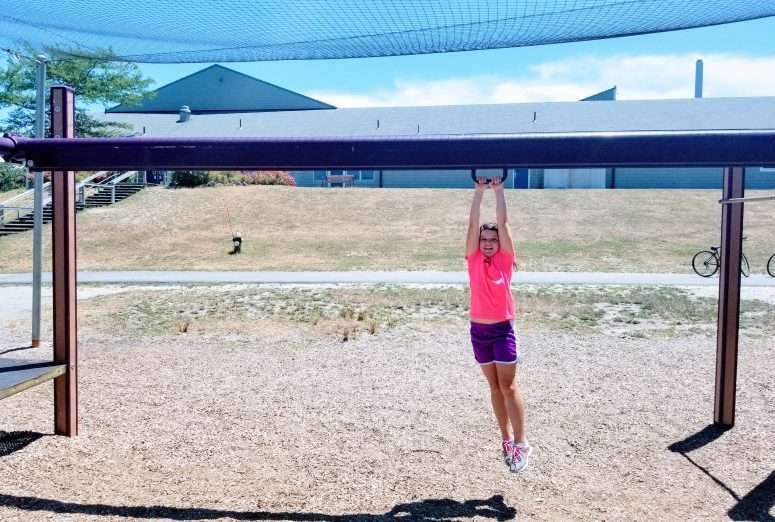 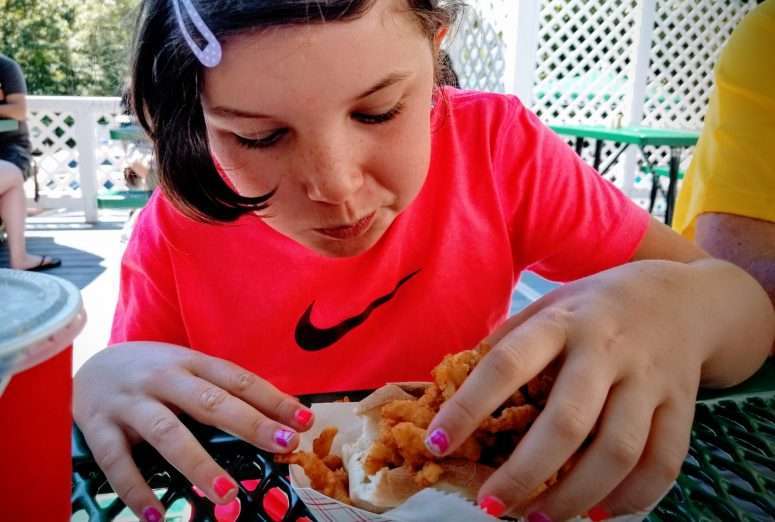 There was still enough time to get one last dip in the pool before we had to pack up and head home. 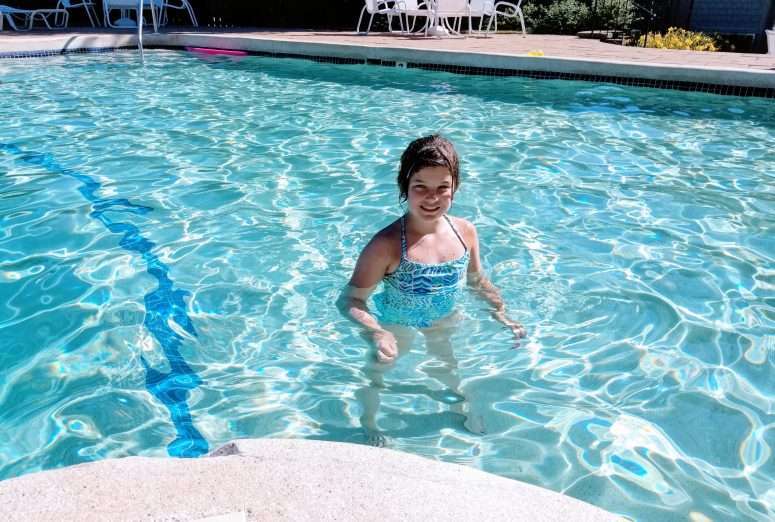 Unfortunately, vacations come to an end. Dessert for dinner has to stop. And parents have to say no. We’re the worst. 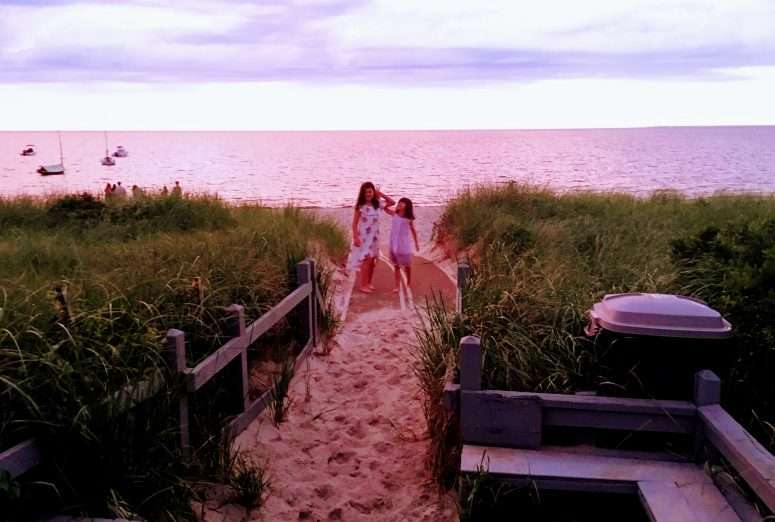