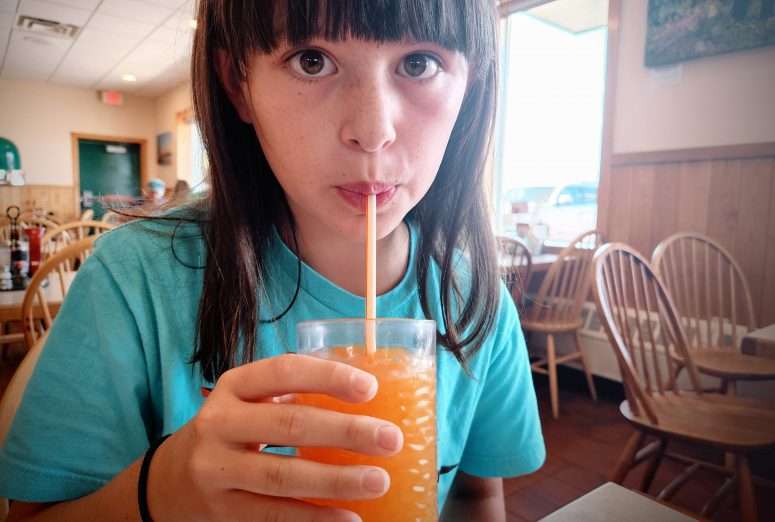 We are back from a week’s vacation on Prince Edward Island. Canadian internet has improved in the three years since we last visited but it was still mostly a respite from screens and emails. For both parents and kids. As much as I enjoy the internet and much of my livelihood depends on it, I have to admit I’m relieved there was no social media when I was a kid. I am likely the last generation of parents to grow up with this divide where we didn’t have the internet all the time as a kid.

The dysfunctional side of the internet is difficult for adults to handle. It must be strange and crazy for kids. Maybe the next generation of parents will find it easier to parent amid this weird often unhealthy online world. It will just be normal. Sort of. You will have an innate understanding that Facebook, Twitter, and TikTok is not real life and you need to be disciplined when you use these tools or they become traps.

My kids will never know what it was like to live in a world without the internet. But I will also never know what it’s like to grow up in a time where it is ubiquitous. Getting away even for a week and reminding each other that there is a life to collect and curate outside the strictures of the internet was time well spent.

Vacations come to an end. No couch time. We spent the morning cleaning up and leaving behind some good books.

Michelle even hand sold a few during the week. Max #4 is the one set in a fictional version of our vacation town on PEI.

Before we left, we attempted to re-create one of my favorite photos of the girls.

I have to admit, the island’s recycling game was on point. This is just two of the four containers.

Yes, it’s a 10+ hour drive to get up there but when a lot of the roads have views like this, it’s sort of hard to get too stressed out. A little different than the Jersey turnpike views.

The girls became very interested in the ubiquitous Tim Hortons during our time in Canadian. We did our best to play down expectations before our one visit. Maybe we did too good a job. They loved it.

After the timbits, it was a quick border crossing and then the wilds of upper Maine. Unorganized township 30 is our favorite.

There was a little drama when the tire pressure light came on in the “new car” (now within 5k of 200k miles) but… it appears it’s just a bug when we try to charge our phones and drive at the same time. Maybe.

The Donohues never met a diner or truck stop we didn’t like. We had a return lunch at our favorite SNL truck stop where we introduced the girls to poutine.

Between the poutine and timbits, if they show any proficiency at curling, I think they can apply for expedited Canadian citizenship.

Cece’s face was skeptical on the first bite. But not the second. The magic of French gravy and cheese fries! They can make even a teenager smile.

I don’t really know what to think about the fact that the Maine rest stops offer live lobsters for sale. Genius or insanity.

The tire light went off and we eventually made it back home and were pleasantly surprised to find that there was progress in the kitchen.

Not a bad way to end vacation. Happy Sunday!