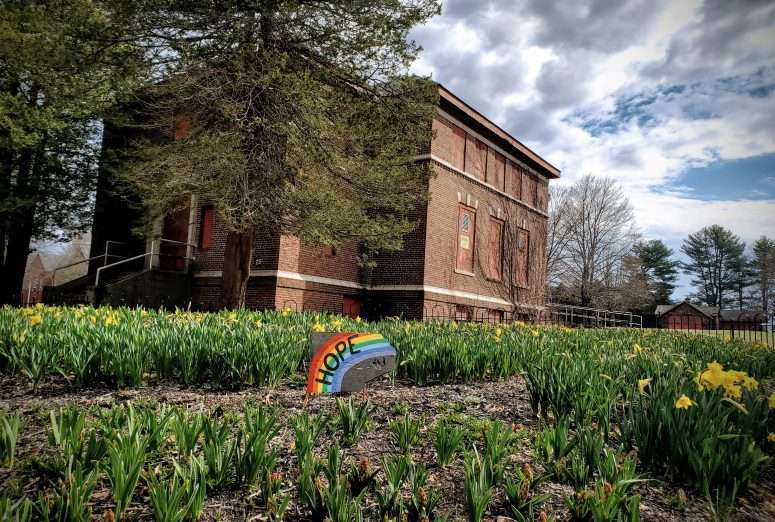 It’s National Library Week and I’m going to admit one of my biggest fears: despite trying to lead by example, despite having books piled up around the house, despite literally writing books myself, my kids won’t be lifelong readers. They won’t love books.

When we visited Paris, searching out a famous bookstore was on the agenda. I love books.

I believe reading is the greatest shortcut to self-improvement. Yet most people I know struggle to find the time to do it. And if we struggle to do it for ourselves, we struggle even more to get our kids to do it.

Other than not letting them root for any NY team, getting them to appreciate, enjoy, and want to read, is one of my top priorities as a Dad.

I say ‘no’ constantly to their requests when we are out doing errands but I never say no to a book. I try to think of books as investments. You put down a few dollars, commit several hours, and you get something back. That might be a few hours of escape, feeling less alone, learning a new skill, or solving a problem.

Give them someone to look up to and a book they can come back to.

After a few weeks of up and at ’em, the girls were happy to ease into this Saturday from the couch. They are methodically working their way through every live-action Disney show.

By random sampling, I’m pretty sure every show is working from the same plot playbook, they just slightly shift the ages and nationalities of the actors.

I’ve never seen Chelle so fired up for a workout: Peloton’s 60 minute Jock Jams. She was ready to run through a wall when this was over.

A spring trip to the Transfer Station. My co-pilot is always watching my back. Even at the recycle compactor.

PSA: we are in one of those special months where the Transfer Station is also open on Sundays. Rejoice, friends.

After transferring the trash, we took Dash to the State Hospital for a walk and just dodged a downpour. If you live in the area, the Daffodil Days walk is today.

Saturday baking for the return of dominoes. I decided to put a little extra effort into making some desserts. I was smart enough to make the cookies on Friday but turnovers are best eaten fresh, if you ask me.

When she’s not performing, Ally’s preference would be to live inside a cotton ball of coziness.

Playing board games is the only time I really see a glimmer of my competitive genes peek out.

They didn’t quite look that nice (why won’t the filling ever stay put) but they tasted pretty good. Not too sweet. A good compliment to the very intense flourless chocolate cookies.

Watch out, Ally now owns a pair of her own high heels thanks to all the shoe shopping.

She got right to work.

Ally also had to squeeze in a birthday party between sets.

The goody bag included a cupcake. It was five o’clock. We were heading to dominoes for dinner and more treats. Do you let her eat the cupcake?

Coordinating schedules to get together with one other family is tough enough. Dominoes nights involve a careful dance of five different families and various conflicting activities. Each game night that actually takes place feels like a small miracle, especially as the kids get older.

The layoff did not improve my dominoes game. I ate points all night. The bourbon helped. So did all the laughs.

And the surprisingly frequent transfer station talk. I have found the right friends.