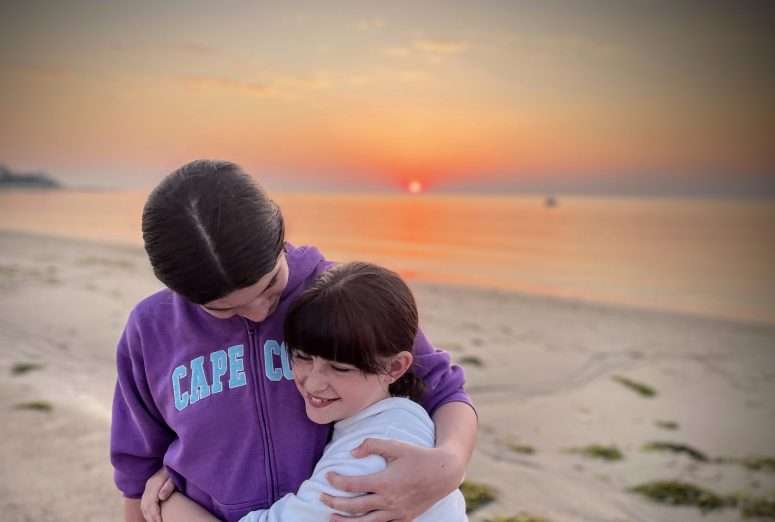 The girls are both old enough now where their traits, dispositions, and temperaments are more formed. As a Dad, I am less inclined to shrug it off as a phase. I also have to confront the fact that the girls will not be exactly like me. (Except for the Yankees thing. I won’t bend on that.)

They will not make the same choices or walk the same path. They might (and likely will) make decisions and do things that will baffle me. But that’s okay. Maybe that’s for the best. I was a conformist kid that looked to fit in. And I did a pretty good job. I loved my flash cards. School and tests were a natural second language. But there are certainly more ways to contribute in this world than the easiest, most obvious, and most traditional ways.

But not everyone is built that way and as a Dad, I need to protect and guard against the girls feeling any shame about that. In fact, I often look back and regret I didn’t make bolder or less expected choices. Risk and I are not on a first name basis.

There are so many ways to make a difference in this world. As a Dad, my job is to help them by being who they were meant to be…and nothing else.

The plan was to spend most of the weekend deep in the corners of the basement and exploring the wilder sections of the Transfer Station.

Even Michelle recognized the folly of that plan given the forecast this weekend. She’s seen me sweat. The probability of heatstroke was high.

We decided to run away instead. Due to a fluke of the front, driving 90 miles east, the temperature dropped about twenty degrees.

Time to kick off the Cape season a little early.

Definitely May traffic. Gotta soak it in while not touching the brakes.

The temperature was definitely cooler but we had lost the sun.

Dash however was delighted to be allowed on the beach.

The first few visits is always about comparing what has changed since last season.

The beach looked largely the same. Not too much seaweed. Not too much erosion. There was however, a new art installation. This giant piece of driftwood is sure to skewer a few people this year.

Another thing you always have to check on? The price of a lobster roll. It’s sort of the Cape consumer price index benchmark.

Let’s just say the Cape is not immune to inflation. The Grammie approved lobster roll? $35.50.

Not sure they accounted for that when they budgeted for retirement.

The girls are now old enough to walk up to Cumbie’s (the poor man’s Wawa of the Northeast) and spend freely on sugar.

By the afternoon, the sun was back and we’d broken out the beach chairs and boogie boards.

Just in case my dedication to flash cards and napping had left you any doubt that I was actually an elderly man trapped in a middle aged body, here I am doing crossword puzzles on the beach.

Just missing some black socks and flip flops to complete the look. Cece was happy the beach was mostly empty to spare her the embarrassment.

She’s either messing with me or I will never understand the teenager brain. Here is Ce doing some schoolwork after coming back from the beach.

Mussels are a dollar more per pound this year but there is still little doubt that they are still the best seafood bargain.

Sunset did not disappoint. It can be easy to take these for granted sometimes in August. But not in May.

It turns out that if I want the girls to walk Dash, I just need to provide a lantern and have them do it after dark.

Finally, four pints of Ben & Jerry’s (still cheaper than one lobster roll) plus some Uno was a tasty way to end the day.