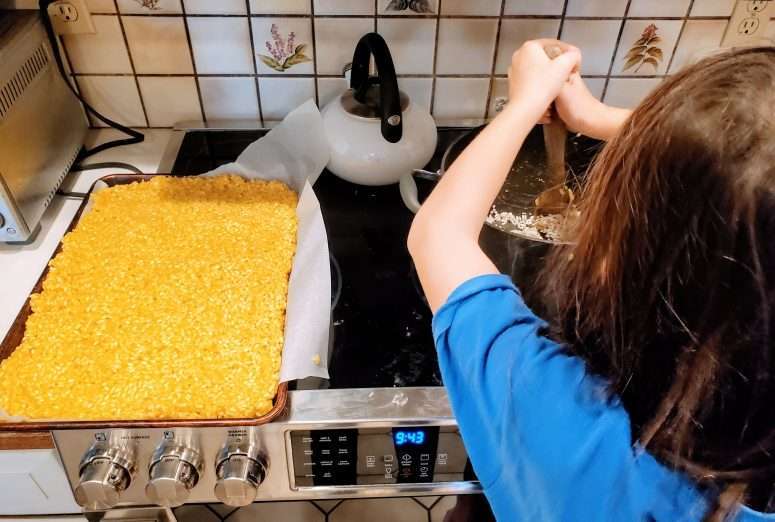 This is the story of a sweatshirt. A sweatshirt that lived on the floor just inside the front door for more than two days. Another day and it was probably going to ask for the wi-fi password.

Cecilia now has dance on Friday from 4-6:15 that plus a full day of school has her drooping by 7 and sleeping later on Saturday morning. So it was just Dash stretching out on the couch to start the day. 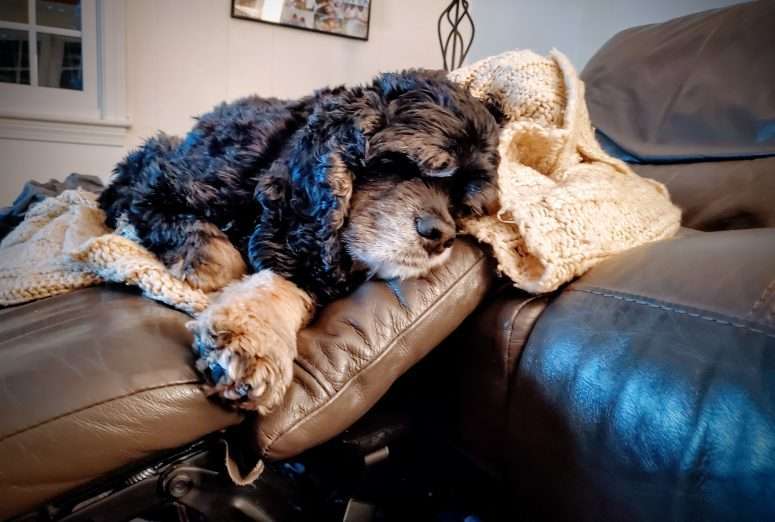 Cecilia eventually did wake up. Ally is the sleeper. The pull of some weekend iPad time (even though a giant TV is ten feet away) proved too much. Dash was happy to share and cuddle and be an tech support device. 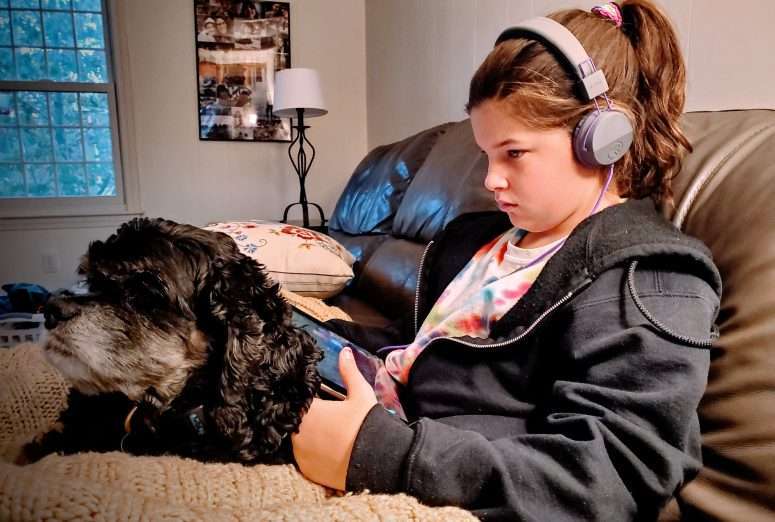 I went off and did a chilly run with 30 of my friends. I came back to Ally protesting her innocence in the case of the missing chocolate chips. She was found guilty by breath test. 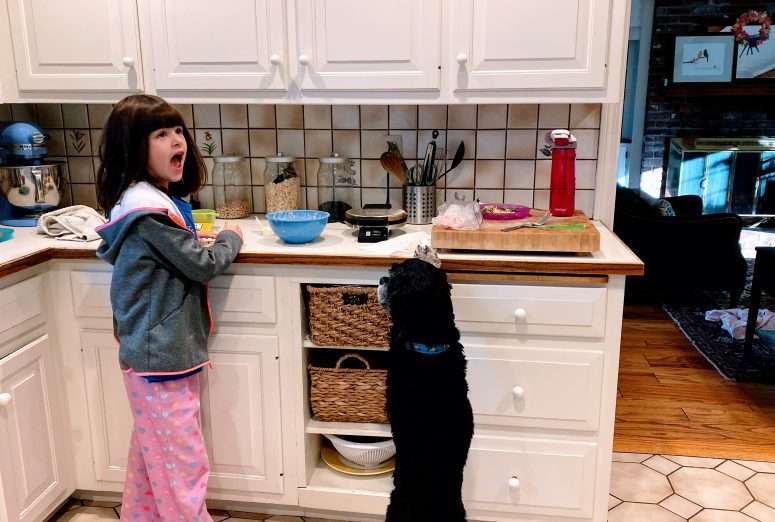 For those that think we just serve the kids organic Brussels sprouts souffles each Saturday (you know who you are!), here is what Ally had for breakfast. Okay, we did make the whole wheat waffles :). 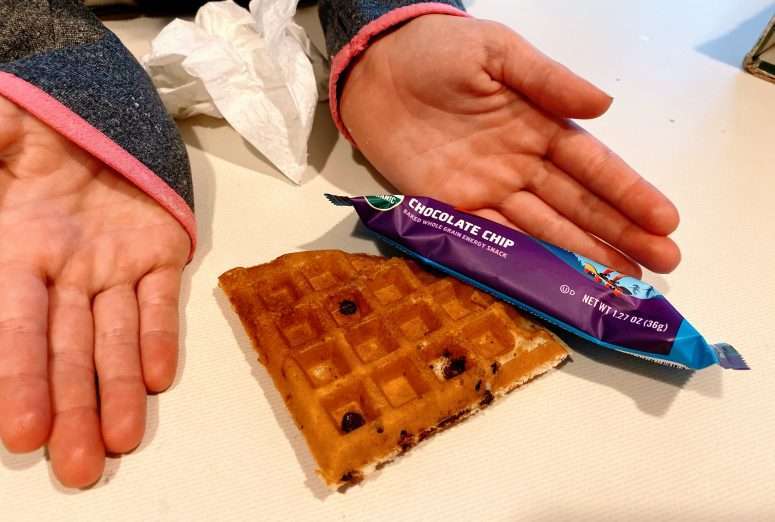 It’s a harbinger of a good day when instrument practice is done while pajamas are still on. 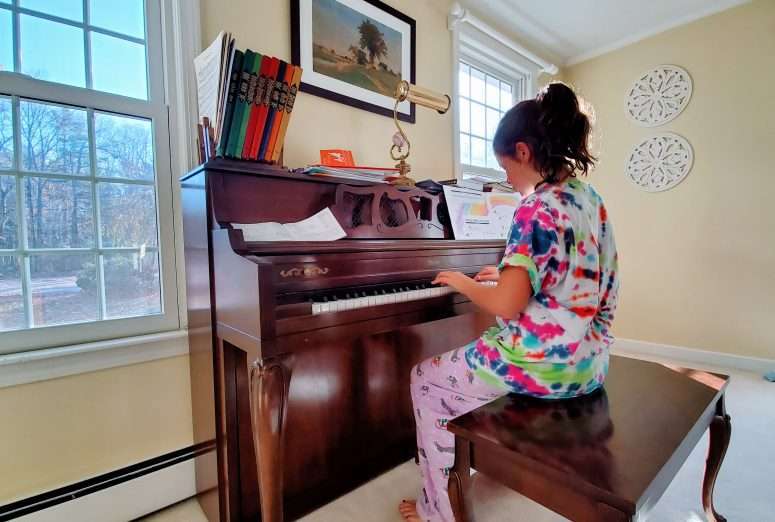 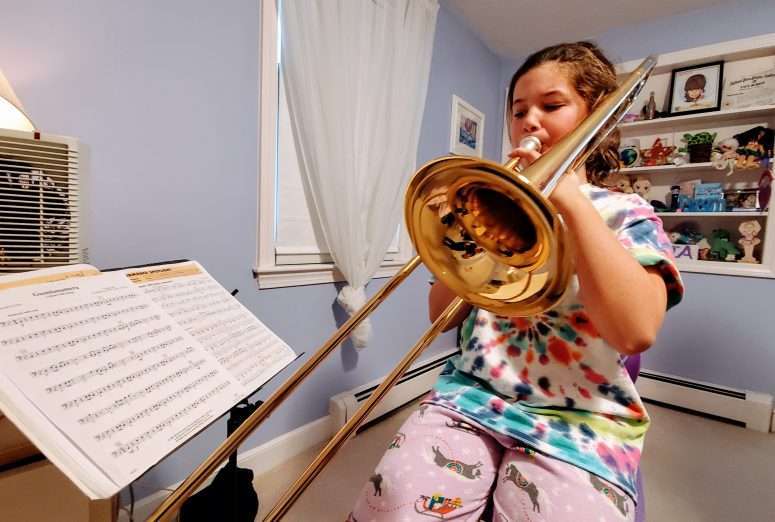 The biggest difference we’ve seen so far between Ally and Ce’s piano is Ally loves singing along while she plays. She even will accompany herself on the bells for certain songs. 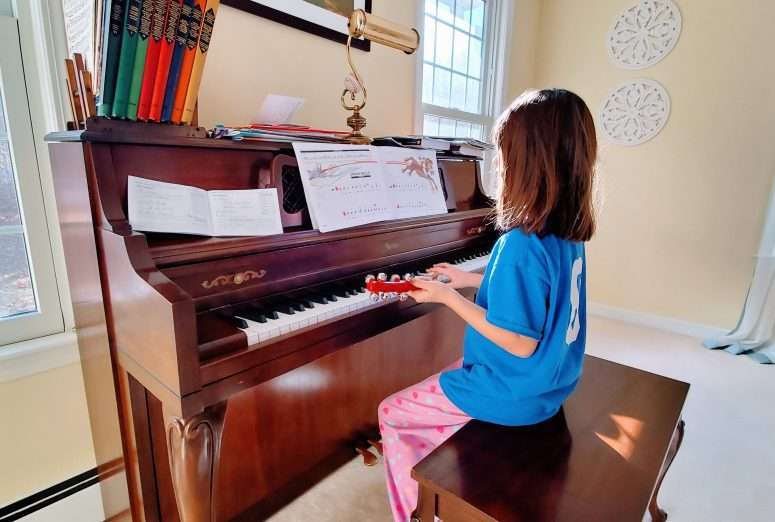 If she wants to do her reading practice standing up on a chair, who am I to argue. 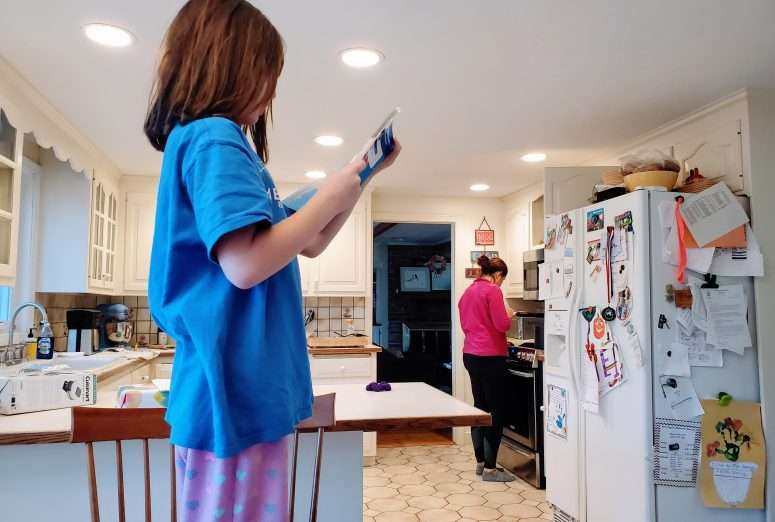 We surrendered to the leaves and called in some pros to take care of it all which left a big hole in Michelle’s Saturday to-do list. She decided to make some arancinis. It was an all-day, kitchen splattering affair. It also led to an amusing conversation when Michelle pulled out a bottle of wine at 9 a.m. “Are you really having that now, Mom?” 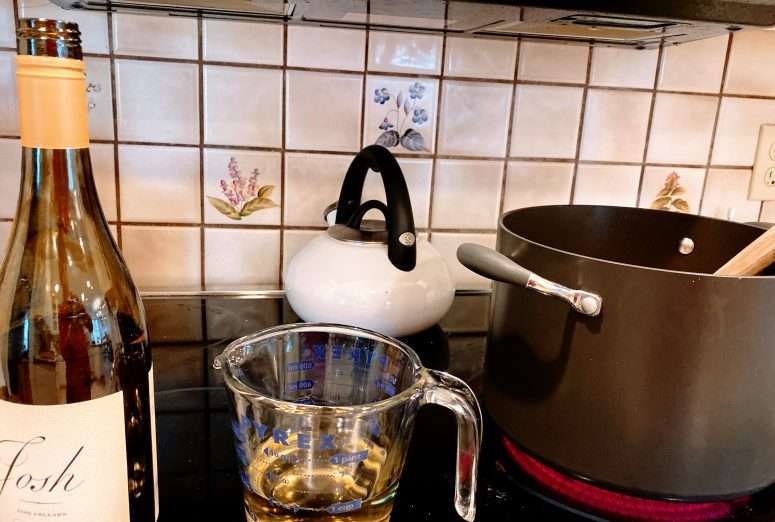 With the cold weather mostly forcing them inside, there were a lot of arts and crafts including a feral pack of origami dogs by lunchtime. 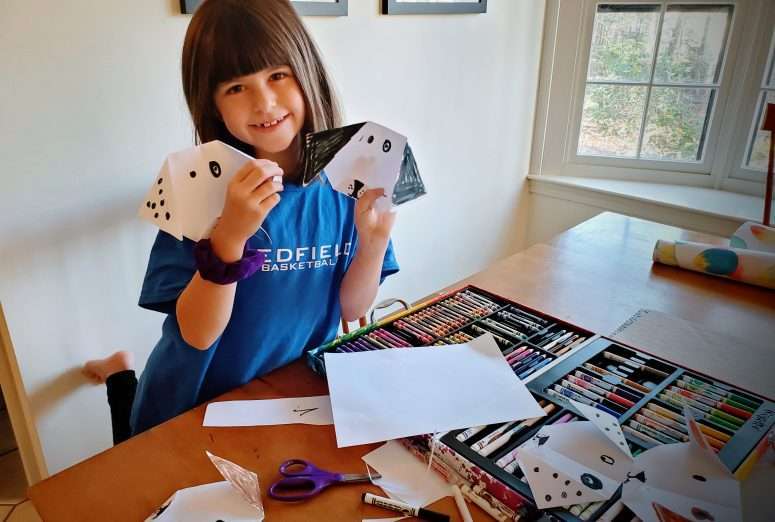 We are in peak birthday season for Ally. Her calendar is booked out through Christmas with at least one party each weekend including her own. I could hear this group chanting “Cake! Cake!” from twenty feet outside the doors. We are not brave enough to invite double digit seven year old girls. 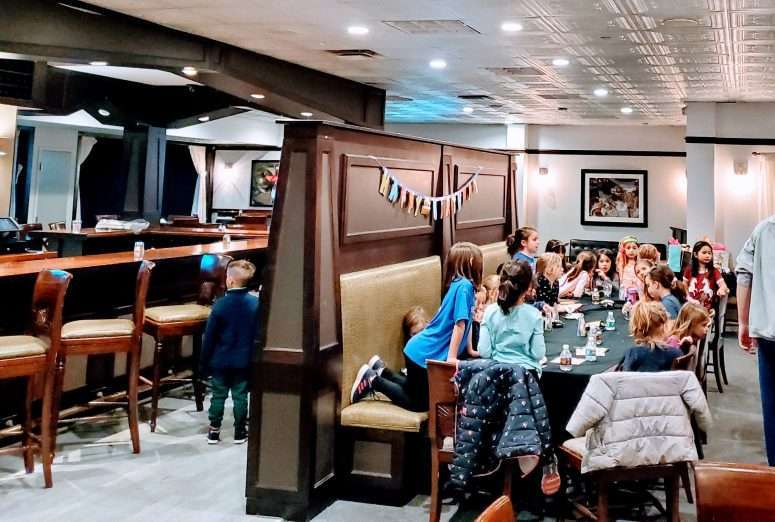 After the party, more crafts. 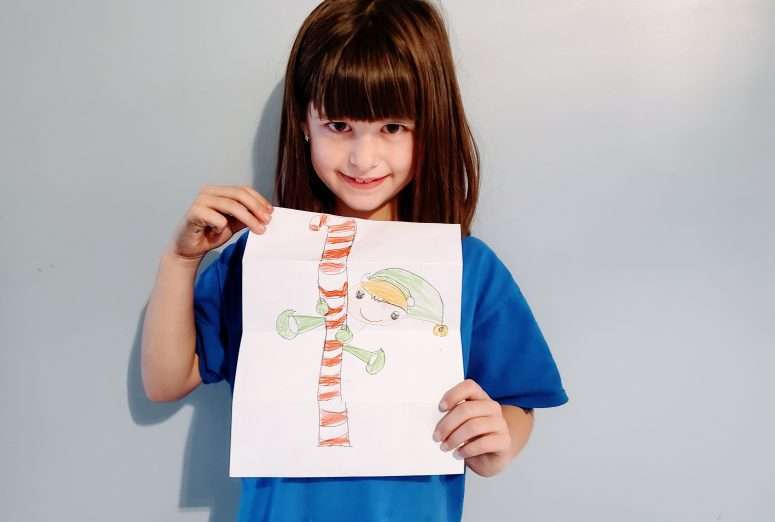 And then a hike. 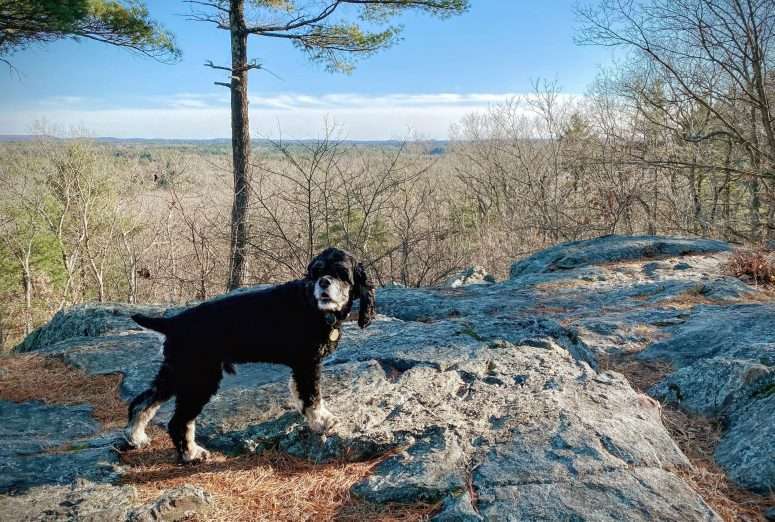 Ce between two trees. No ferns available. She didn’t get the reference. 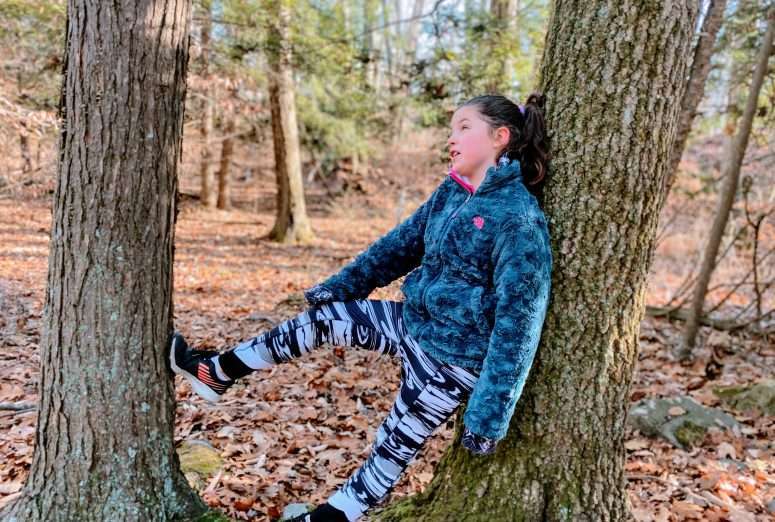 Then then next step in the arancini process. 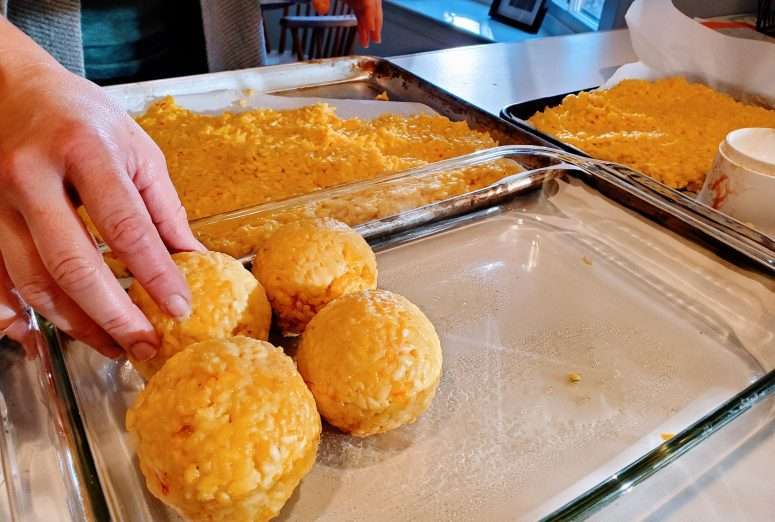 It took all day and Michelle still smells like frizzled breadcrumbs but they were really, really good. Honestly, on par with some of the street food we had in Sicily. Ally agreed and she would know. 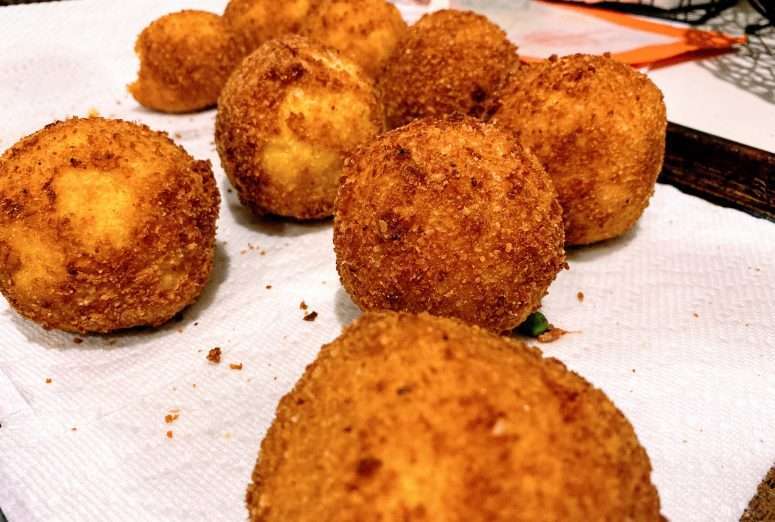 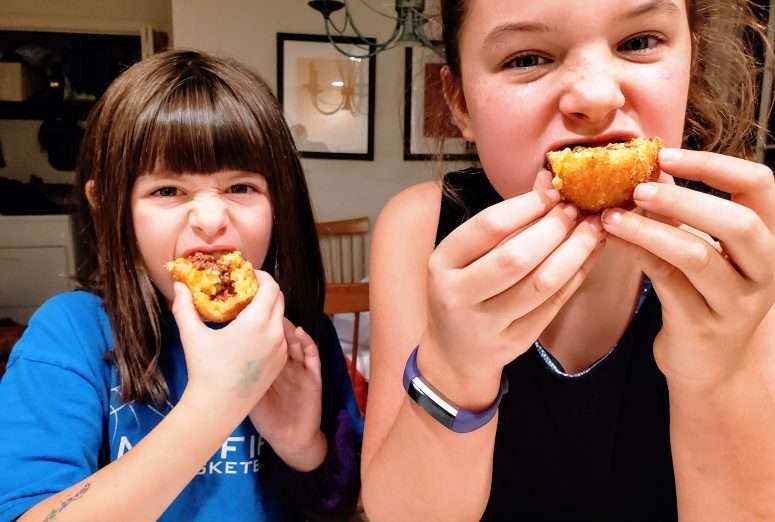 Finally, some beer and Jenga. Not a bad way to cap off a day of crafts and cooking. Is it a bad thing when your kids start to become regulars at the tap room? 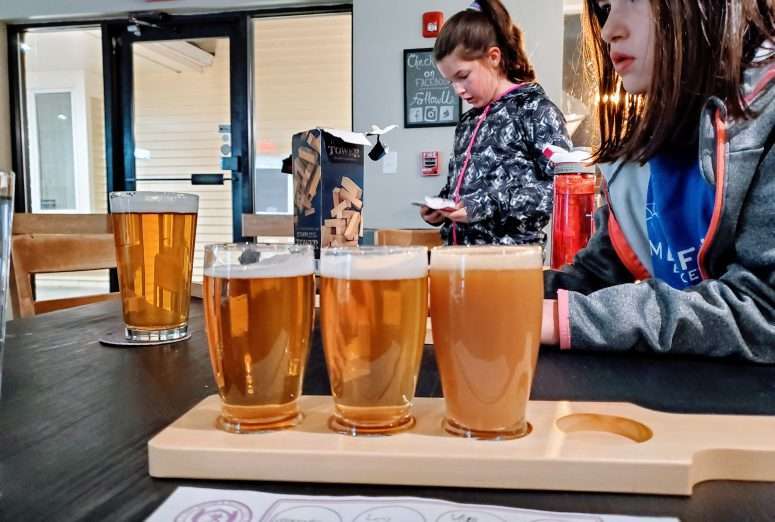 In the end, we came full circle back to the couch. They hung up their coats when they came inside without being asked. 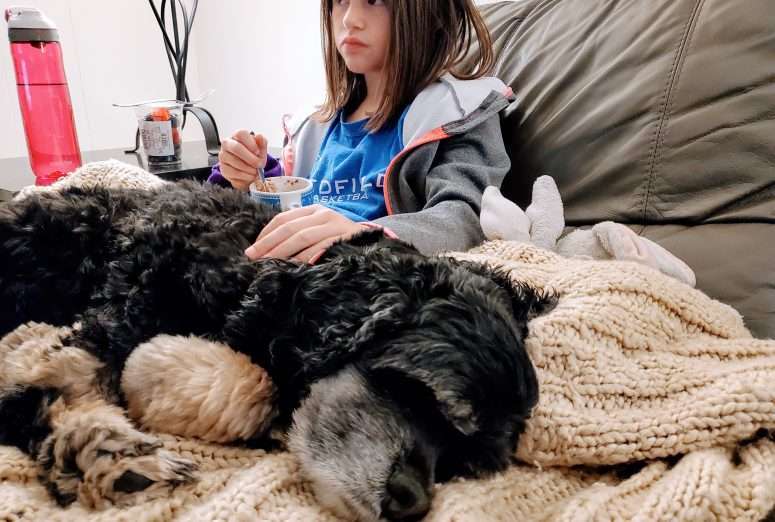