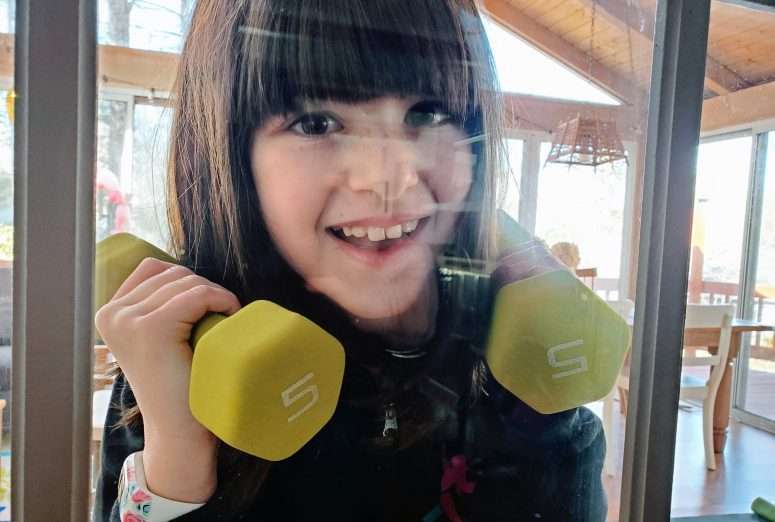 By far the hardest thing about working and parenting and schooling from home has been the explosion of glitter usage and the wildly age-inappropriate craft kits. If I have to get off a call and finish weaving and tying one more intricate bracelet pattern… I just don’t have nimble fingers.

But after that, it’s been the lack of separation between home and work and the multitude of times I have to say ‘No’ each day. It’s draining and by the afternoon I feel like a tyrant.

Just like there is a day when you will pick them up one last time. They are only going to ask you so many times to listen to their horrible jokes, or judge their ‘talent’ show, or help with their homework. If I keep saying ‘No’ at some point they’re going to stop asking.

Dad is too busy. Dad isn’t any fun anymore. Dad is too judge-y. Dad doesn’t get it. Okay, they already say that last one about Disney shows, craft glue, and Jojo Siwa.

They are both going back to school full-time in a few weeks and most of me is overjoyed but there’s another part that doesn’t want to waste these last chances for a hug or an aggressively illogical riddle at 11 a.m.

Except for the fairy dust glitter. Happy to waste that. It sticks to everything is not a feature, it’s a warning.

I have fuzzy but fond memories of watching the Disney Sunday night movie and Murder, She Wrote. I hope Saturday morning shows with her puppy is the same for Ally.

No muffins or bakery goods from Cecilia this morning but she did make her sister “wedding cake” pancakes. It was a multi-colored stack with melted unicorn chips frosting between each layer.

Ally was excited and gave it the old college try but even she had to admit they were “a little too sweet.” Wasn’t sure we’d ever find that line.

If you’ve spent any time around Ally, you know she likes writing notes. When she goes back to school, I will definitely miss randomly finding her missives around the house even if I sometimes found them in my bed or in my bicycle shorts.

I thought this one on the window when we pulled up the shade was a particularly inspired placement.

Maybe it was the sugar from the pancakes. Maybe it’s watching Mom in the basement each morning but Ally decided she was going to do a workout on the porch. And she stuck with it for a solid eight minutes. That’s enough for abs and that was enough for Ally.

I don’t know what they tell them in daycare or kindergarten but kids these days love St. Patrick’s Day. Their fear and anticipation of the leprechaun continues to confuse me more each year. I might have gotten a card from my Aunt when I was a kid. One or two classmates may have remembered to wear a green t-shirt. There were no shenanigans or green toilet water.

That rant aside, it does give me a good excuse for baking bread. Second loaf of soda bread this week prepped for Sunday dinner. Can you guess what a little leprechaun added to my recipe. Food glitter!

Assembling some porch furniture with vague instructions with your pre-teen. No way that will get stressful or contentious. Michelle likes to live on the edge.

Sidenote: after finishing her cup of coffee in the morning, this picture, plus driving to the food store were the only times Michelle sat down all day until movie night started. Oddly impressive. And totally in character.

After getting the couch completed we all needed a relaxing nature break and hiked up to the top of Noon Hill. Smiles reappeared. Friends were fortuitously found. Poses were struck.

Discovered this crime scene in the driveway. Maybe some of our murder shows are inadvertently rubbing off on the kids?

We made Ally’s day by eating dinner on the couch and watching Yes Day.

Nachos, wine, Jennifer Garner, a ukulele, and the Four Tops. Hard to top that for a Saturday finale.

Still here? Well, let me tell you that I have a new book out on Tuesday.