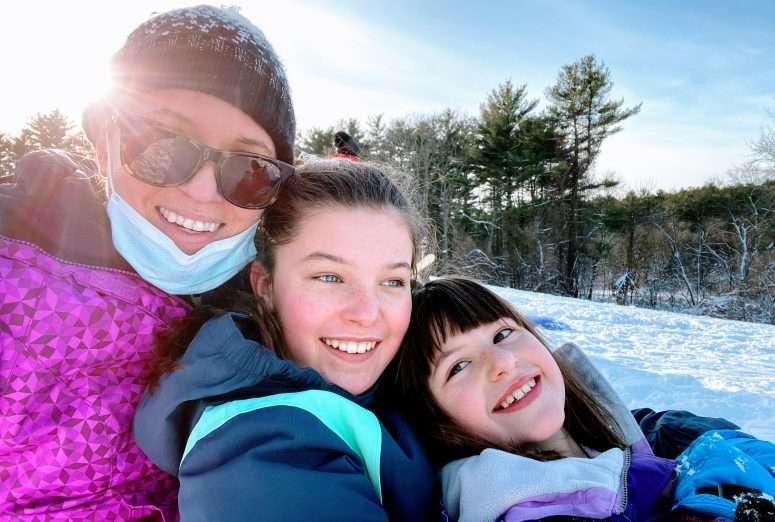 One of the more memorable pieces I’ve read this year was about the fossilized footprints found at White Sands National Park. A set of large footprints and then every so often a set of smaller footprints alongside. What was going on? We have no idea, but then again, of course we do. If you are a parent you’ve done this same walk a hundred times. No matter how weird and dangerous things became this year, it’s oddly reassuring that this has all been happening for a long time. As parents. As humans. We’re all in this together.

It works just as well in the present, too. I get the same relief and reassurance when I start to Google ‘is glitter in the ear canal harmful’ and it autocompletes before I finish. Thank god some other parent has been here before…

Michelle really needs a holiday break. She can’t even sit still long enough to be in focus. She’s on her laptop when I go to sleep. She’s on it when I wake up. If you know her, tell her the pace isn’t sustainable. She only listens to me when the WiFis broken or she needs the shortcut directions to the George Washington Bridge. 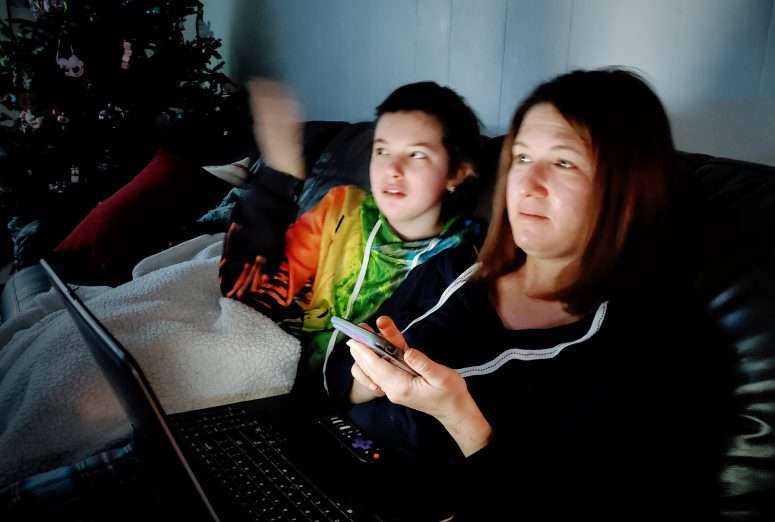 She actually did soon put the laptop down… to go out shopping for Christmas-week meal ingredients at Wegman’s before 8 a.m. 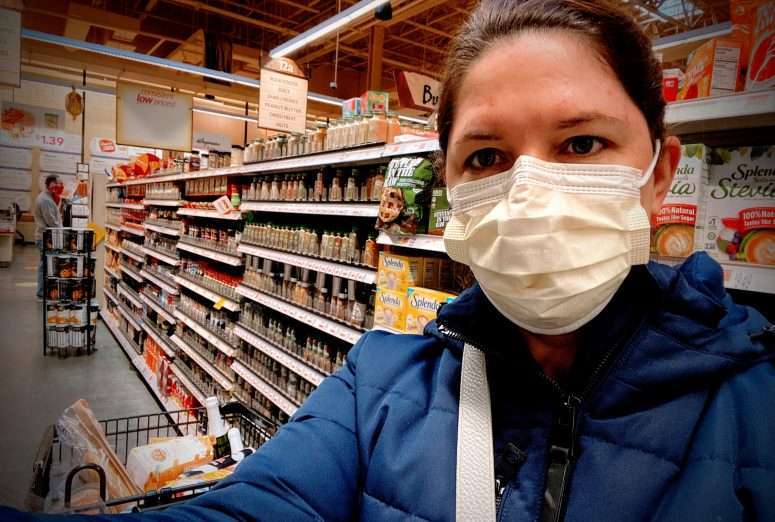 Ally eventually made her way downstairs and right into the pile of blankets with Dash. 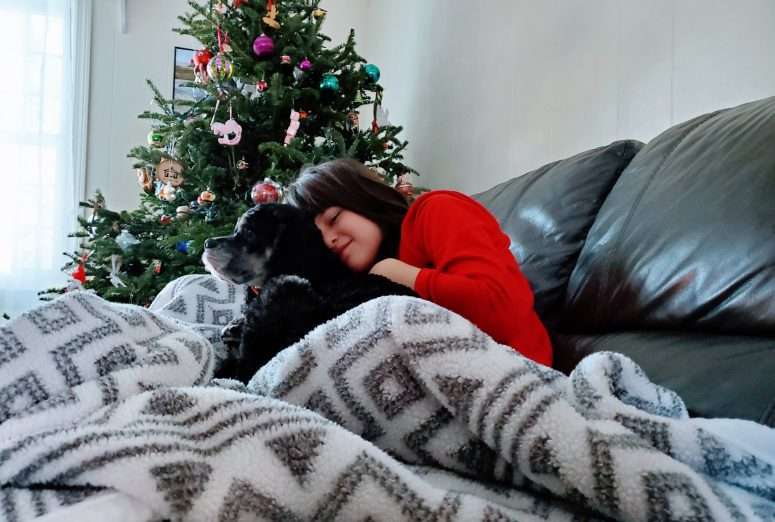 Eventually, we pushed them outside and they decided that the blanket of snow was a good canvas for an egg hunt. The logic escaped me but I was happy it kept them occupied and happy for an hour. 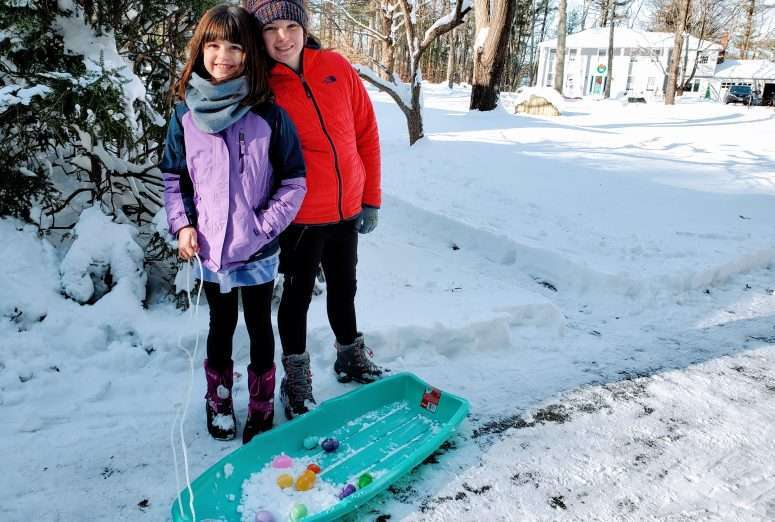 Michelle got a puppy escort to finish her run. 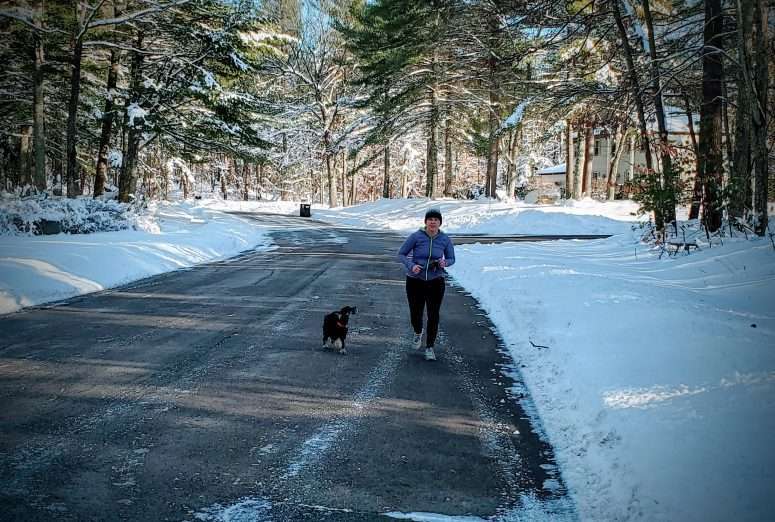 Ally has gone through half a dozen boxes of this cereal since Thanksgiving. Breakfast or lunch, it doesn’t matter. 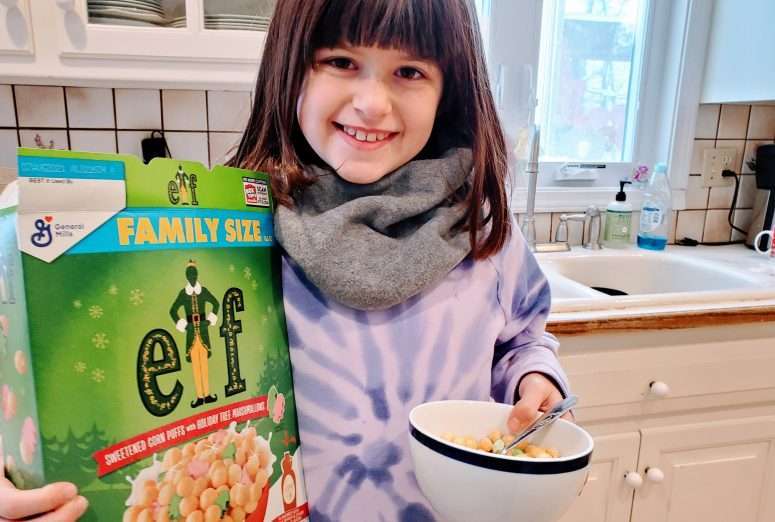 Jacked up on sugar, it was time to go sledding and use nature to our advantage. The very soft snow and large hill provided a good workout. 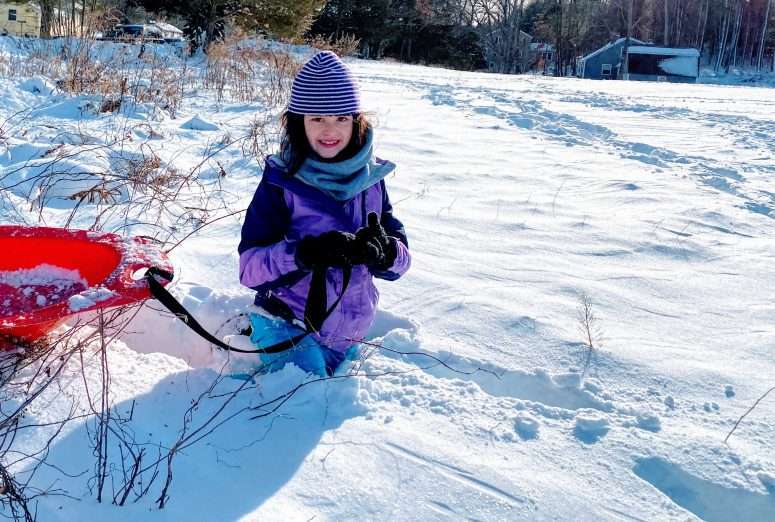 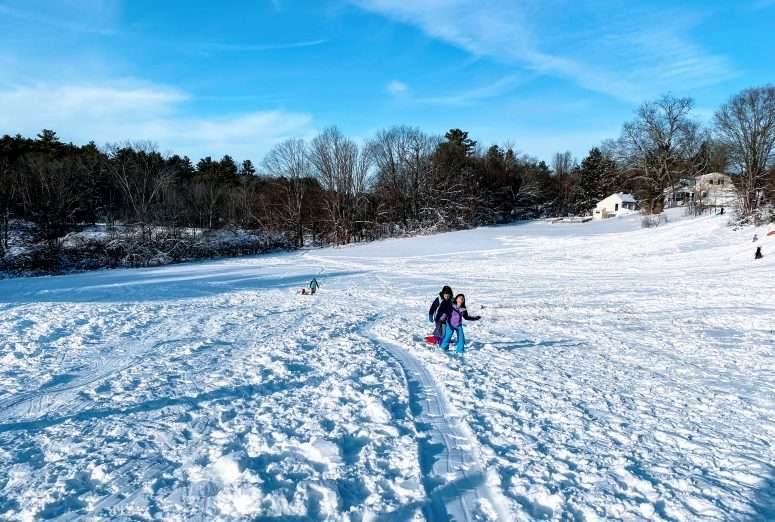 Dash really wanted to go and kept a keen watch until they returned. For a dog that doesn’t like the water, he really likes the snow. 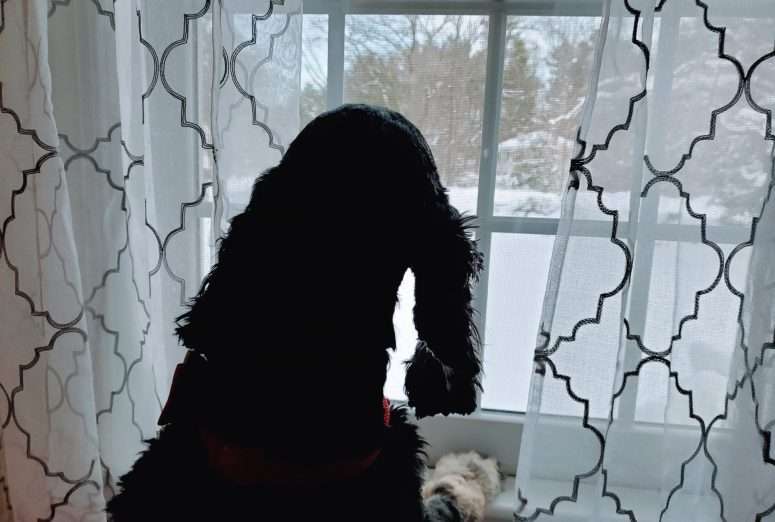 Now that they were more compliant, it was time for piano practice. Michelle can’t help but join in for Christmas duets. It’s actually quite impressive to see Ally play Jingle Bells with one hand and ring the bells with the other all while singing. 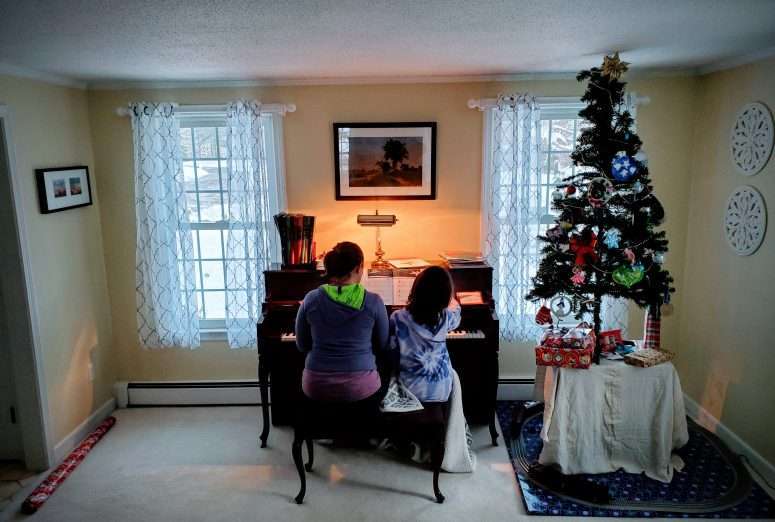 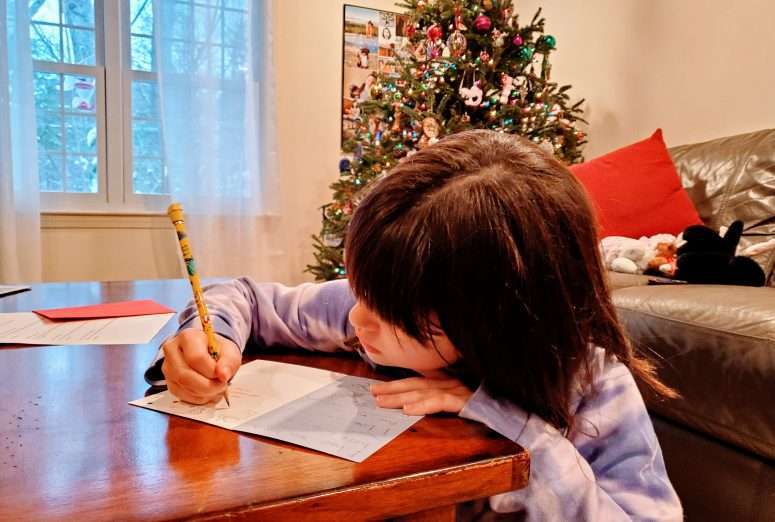 To get a little holiday cheer, we headed over to the hospital grounds for the light show. After the lessons learned from Halloween, there was still a line, but it was much better. The girls enjoyed the living nativity. Somehow, Michelle didn’t manage to volunteer for it. Always next year.. 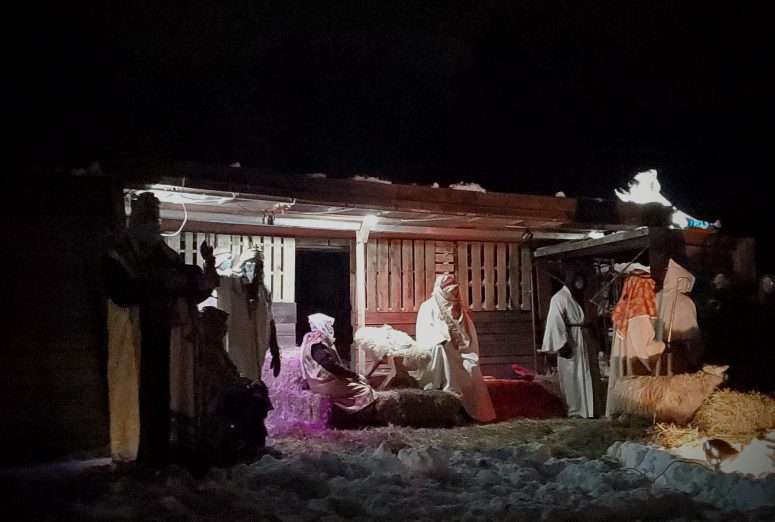 Sushi and ramen for dinner. Cecilia is slowing getting the hang of chopsticks but still not a fan of seaweed salad. 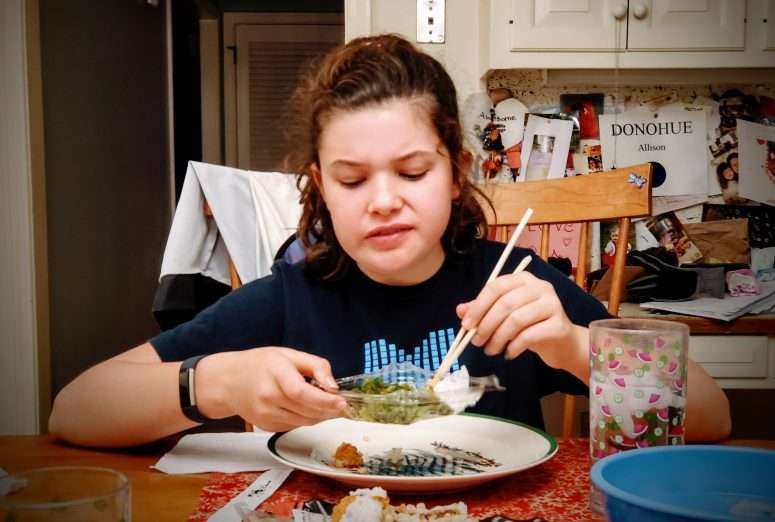 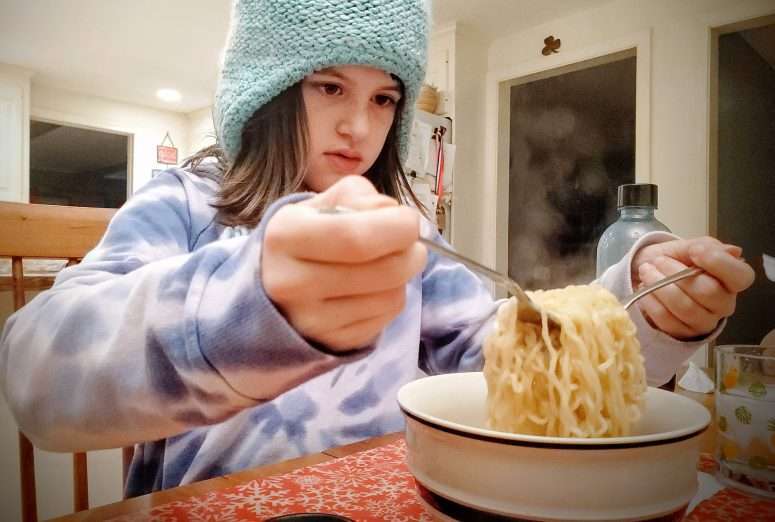 Finally, some classic Holiday British Baking specials. Nothing like Mary Berry and Paul Hollywood after a long day to send you off with warm, spiced dreams. 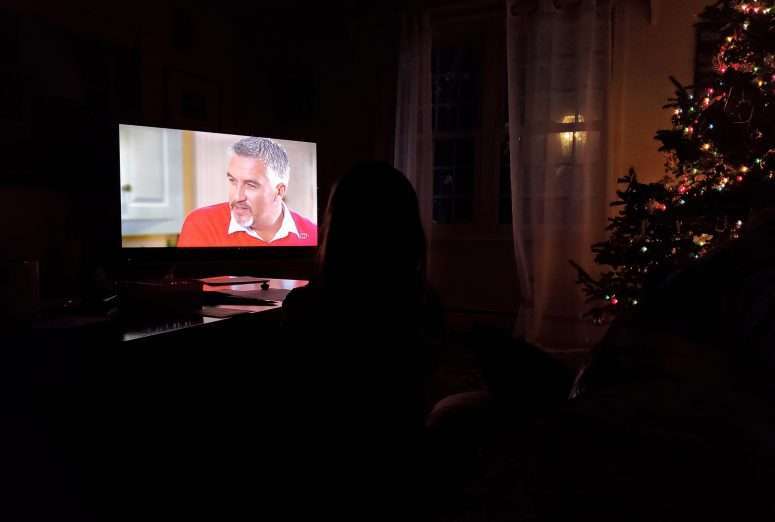 P.S. – No school 807! That’s a very inside joke for Pitman residents. Actually, I’ve learned most jokes about Pitman are pretty opaque to outsiders. But if you are still talking regularly to your middle school friends after 30 years, something went right. Or you grew up in a cult. 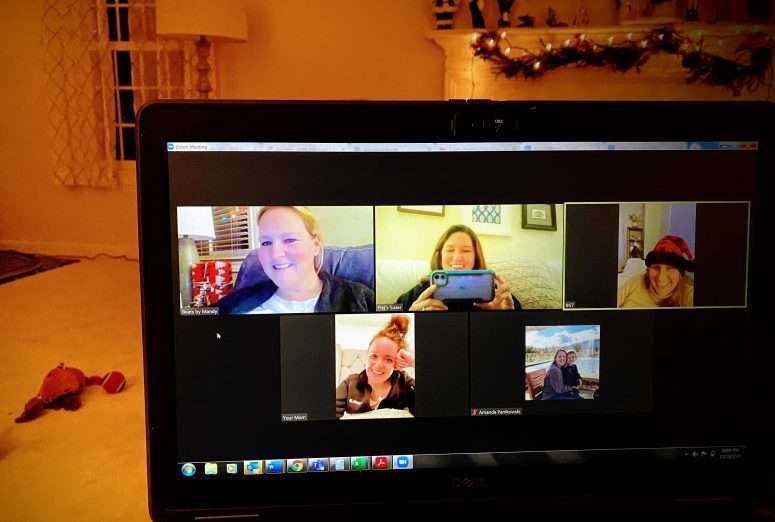