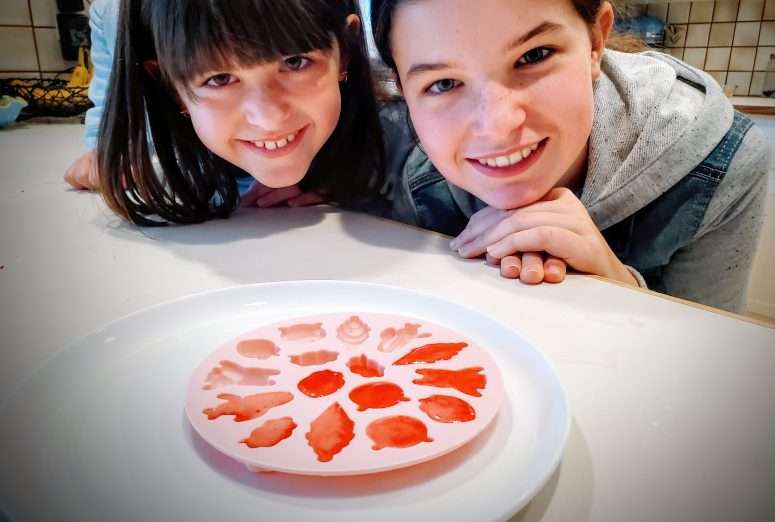 A new year and, if you work in a corporate job, you’ve likely recently been through the annual performance evaluation dance. I still remember one of my first reviews after college, while I was still a management consultant. I like working with you, Mike, because when I assign you something I know I don’t have it worry about it. It will be handled. I smiled. A nice, if banal enough, compliment, I thought at the time. The manager would go on to cut-and-paste that line into my next six reviews up until I left the company.

I took it for granted at the time that most working adults were self-sufficient and could solve problems. How naive and silly that appears now. Over the next fifteen years, I encountered so many people, many much smarter than me, that left me wondering how they were able to negotiate password requirements or log-in to Webex on their own.

Dealing with home schooling and the emerging social dynamics of middle schooling, sometimes (ok, many times) leaves Michelle and I stressed out over if the girls are making progress, hitting standards, and achieving goals. My performance evaluation reminded me there are other goals, arguably more important ones, to stress over as a parent because if they can’t solve problems, if they can’t overcome the child-safety lock on life, and take care of business on their own, than achieving the grade-level standard won’t mean a thing.

It’s not that they ask for Ina but they also don’t ask to change the channel to something else. There are worse ways to start the day than learning how to make your own parmesan chips. 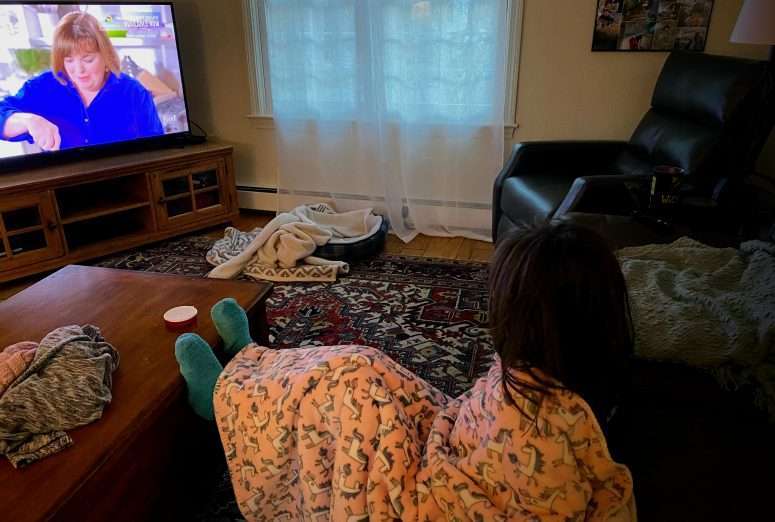 There are also worse ways, though there were definitely warmer ways yesterday, than starting your day with a morning run through the town’s dangerous and infamous Tickle Area. 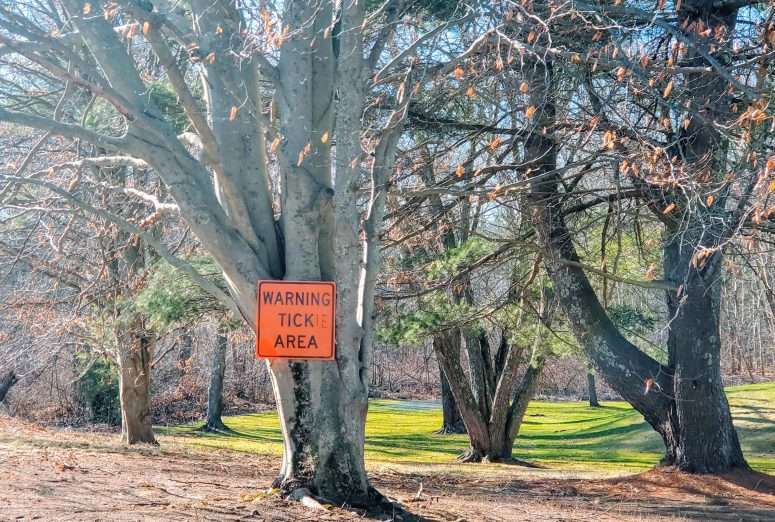 When I escaped the Tickle Area, I found that Ina had worked her muffin magic again. This week Cecilia learned about the difference between whole wheat pastry flour and regular whole wheat flour. She also subbed in raspberries for blueberries. 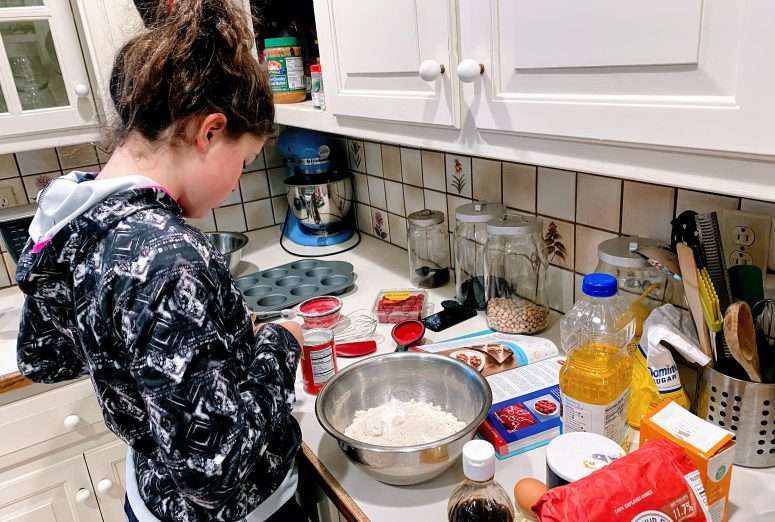 The end result was excellent yet again. We had to physically restrain Ally from eating four. She managed to con a third one out of Michelle with the old absentee parent consent trick. “Dad said I could.”

More on why exactly she was hungry enough for four muffins in a moment. 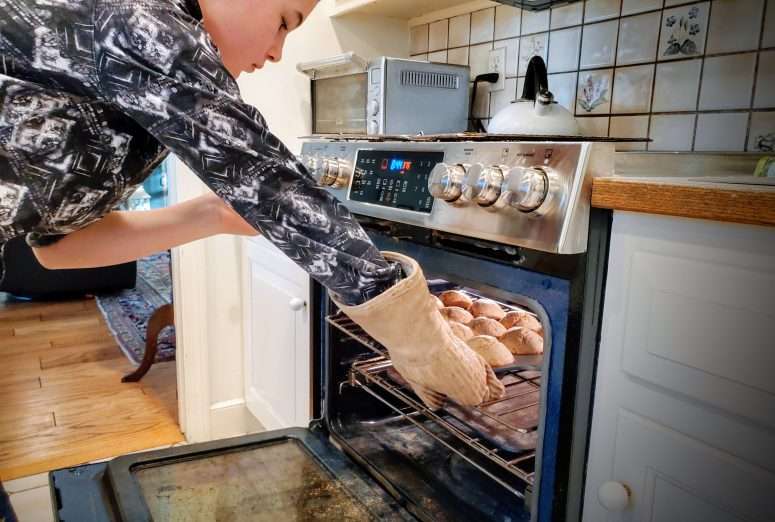 Dash believes anytime we get near the floor to stretch or roll that it’s playtime. You’d think he was 8 weeks old, not 8 years old. No dignity. It does however provide a nice excuse when you don’t feel like doing those post-exercise necessities. The dog won’t let plank! 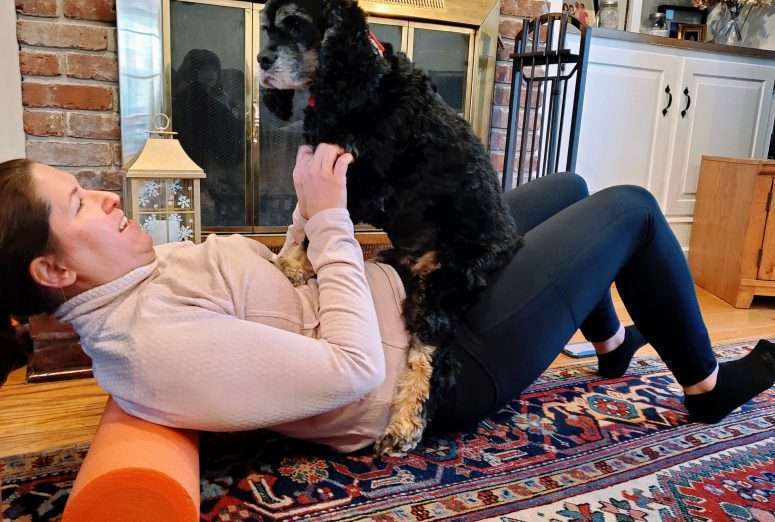 The girls spent much of the morning filming a music video. Tragically, the project broke up before it was completed over creative differences between the artist and the director. 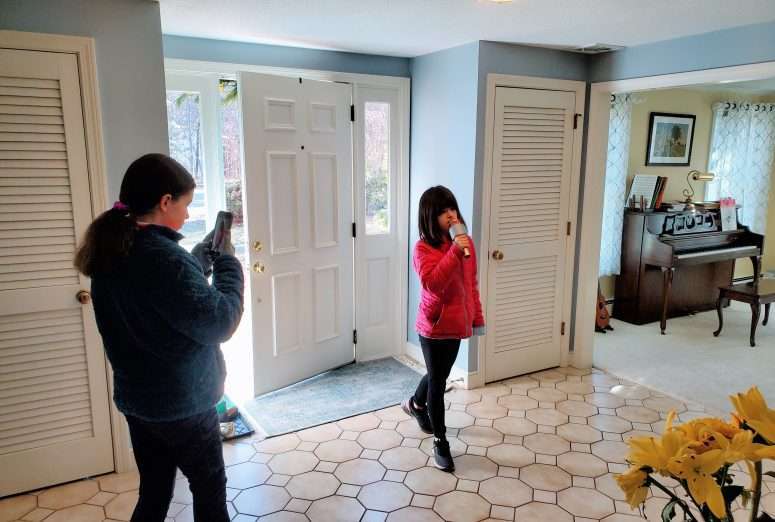 The girls planned to have a “sister” sleepover in the guest bedroom. Then they decided the occasion called for an official agenda. 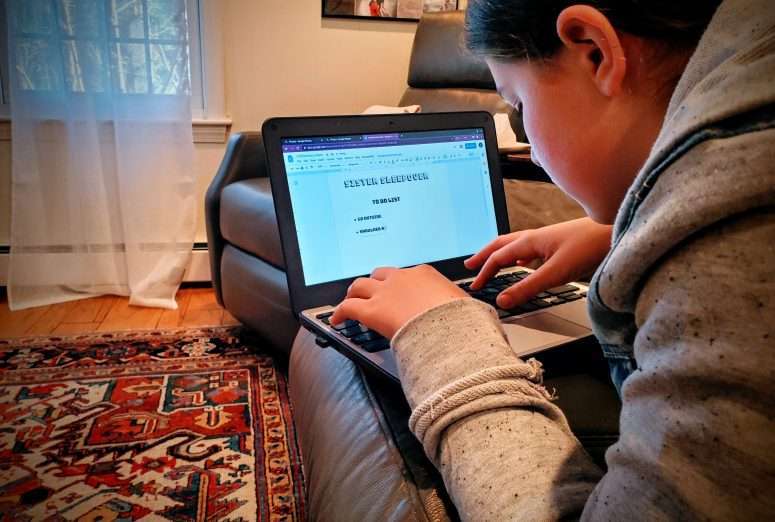 With the Christmas tree officially removed (thanks Scouts troop #89), I was able to finally hang some new photos. All of these Saturday photos just can’t hang out on the blog.

Quick hack if you’re trying to make a grid and the math is giving you the shakes (just me?), post-it notes make quick and easy separators. 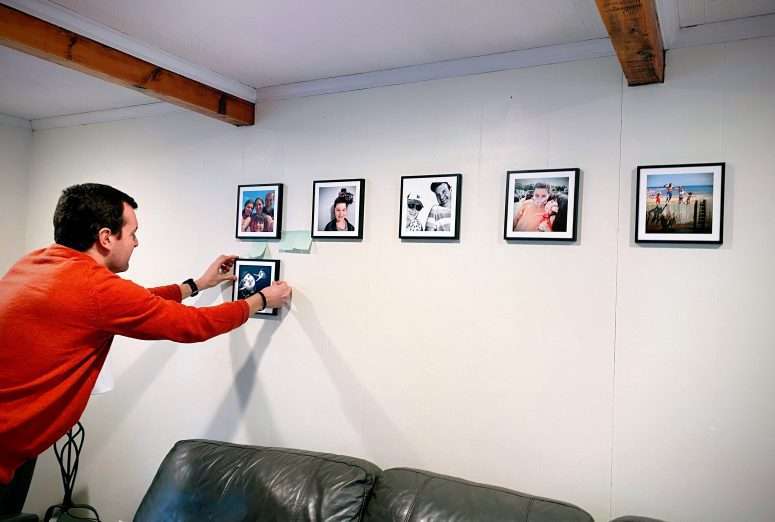 With the seasonal practice books put away, they are officially back to new material and trying to come to grips with the fact that they are unlikely to play it perfectly the first time. 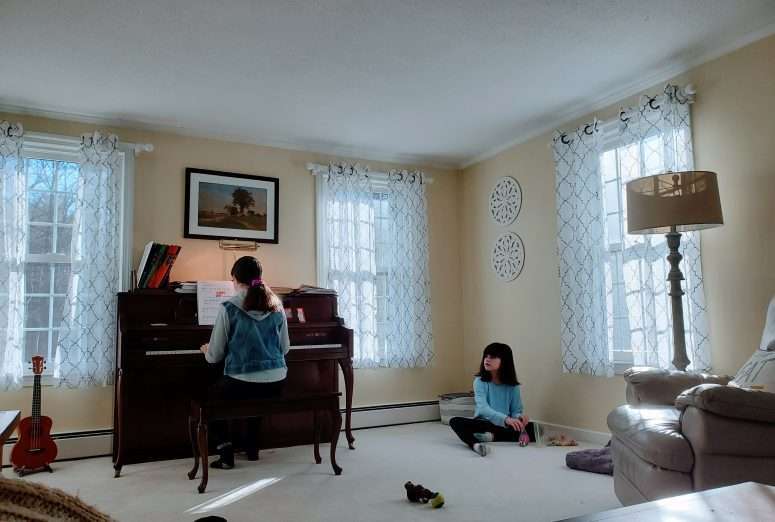 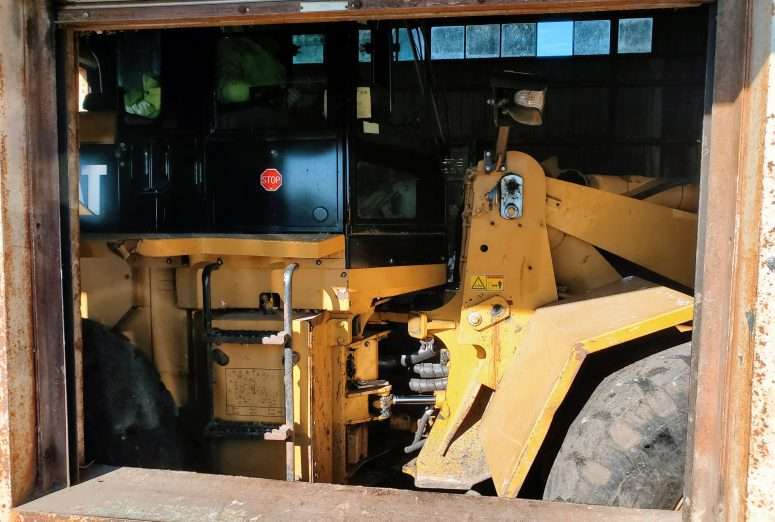 During the afternoon lull, they broke out their experimental candy kit from Christmas and made some sour gummies. Ally got a lesson in citric acid when she dipped a finger in the baggie for a quick taste thinking it was sugar. 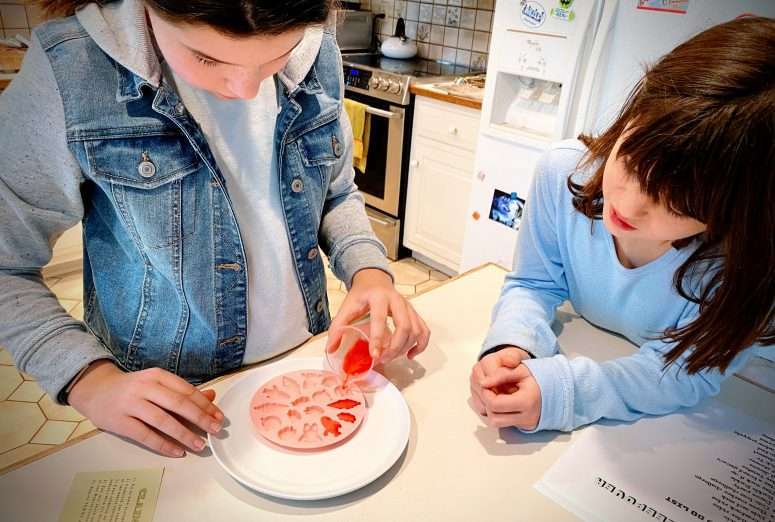 An hour later, here was the taste test. Definitely sour. 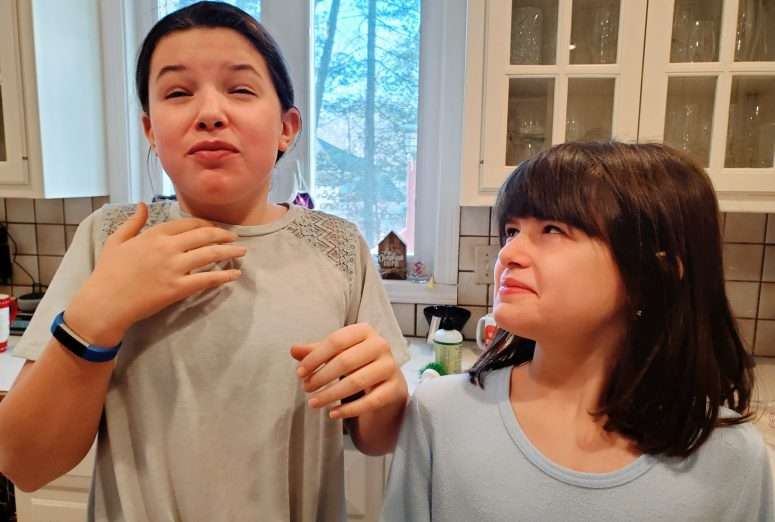 We walked off the sugar (and citric acid) at the state hospital. Not pictured, quite a few rambunctious (mostly friendly) dogs including a Weimaraner that happily trotted up and head-butted Ally in the stomach. 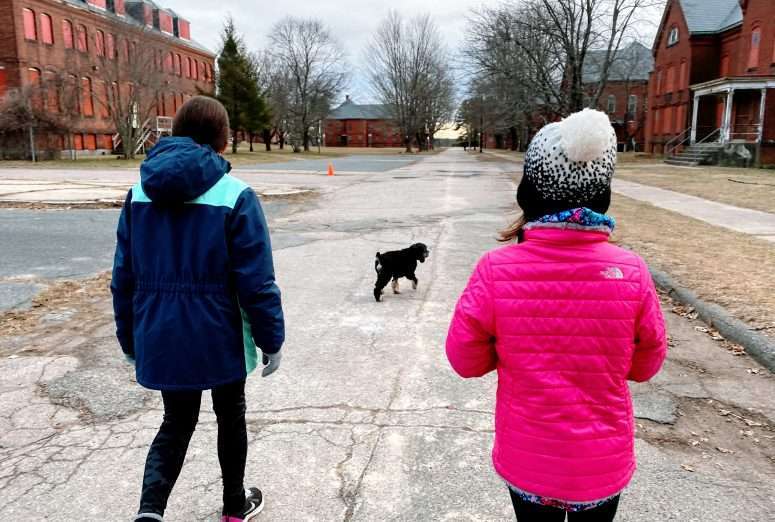 There were board games on the sleepover agenda, so that’s what we did. 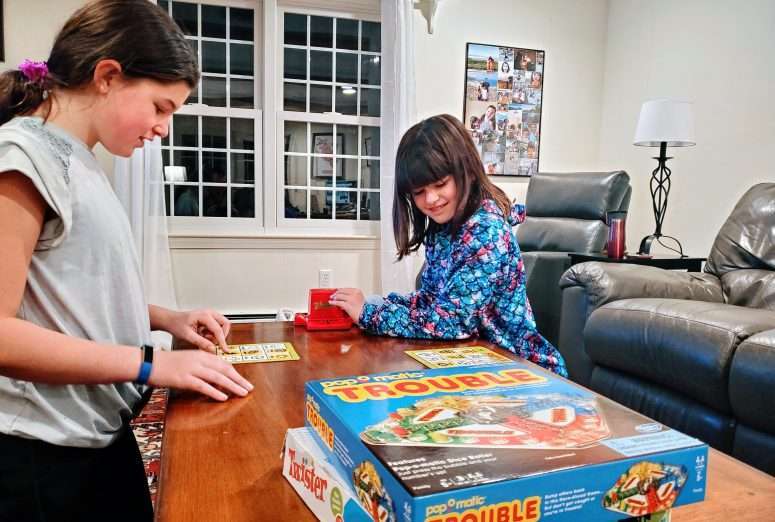 Mini shrimp and veggie egg rolls are an air fryer recipe keeper. They freeze well, too. Cecilia liked them, so it hits three out of four family members. 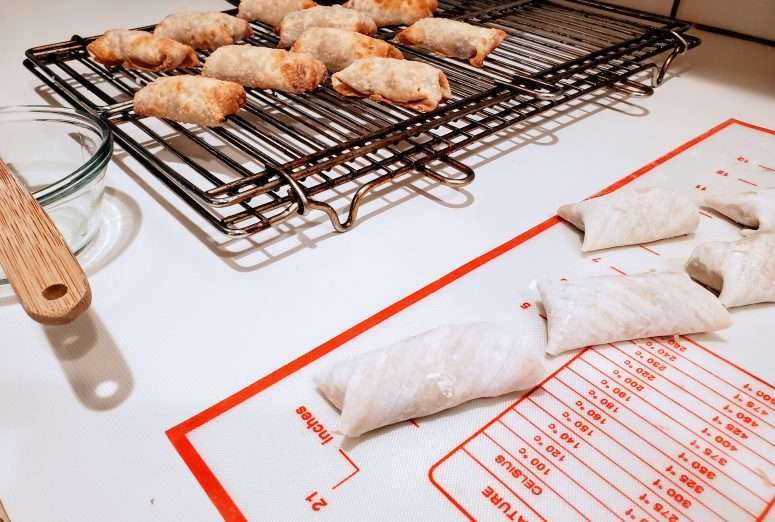 Week one of my parenting resolution to only make a single dinner had its ups and downs. If one child ate it, the other had objections. We are trying to hold the line.

Here is how Ally is coping through crafts (and eating four muffins at breakfast). 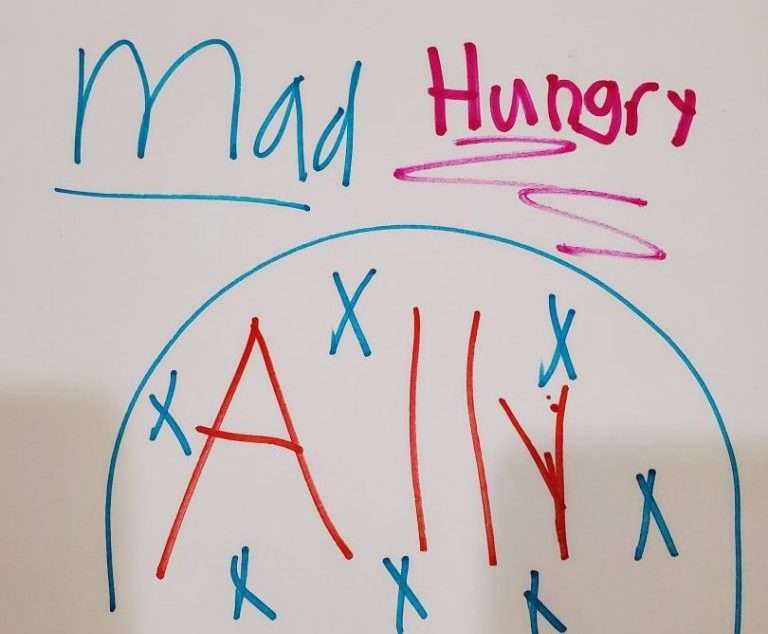 And we finished, where we started. 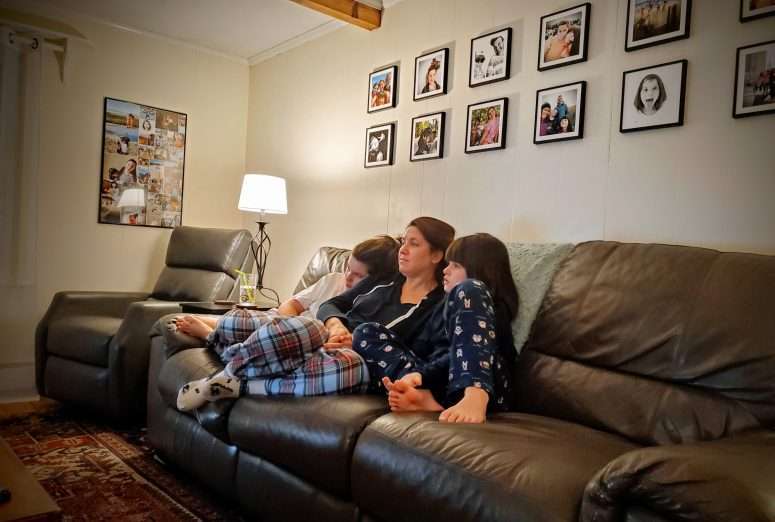 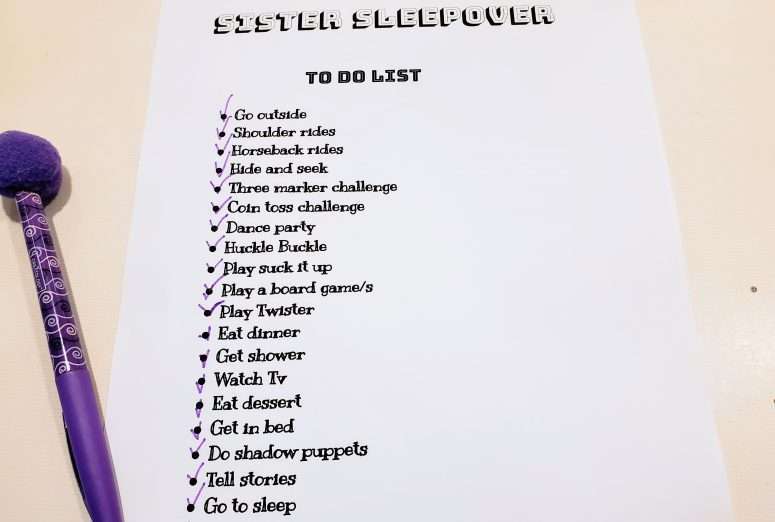