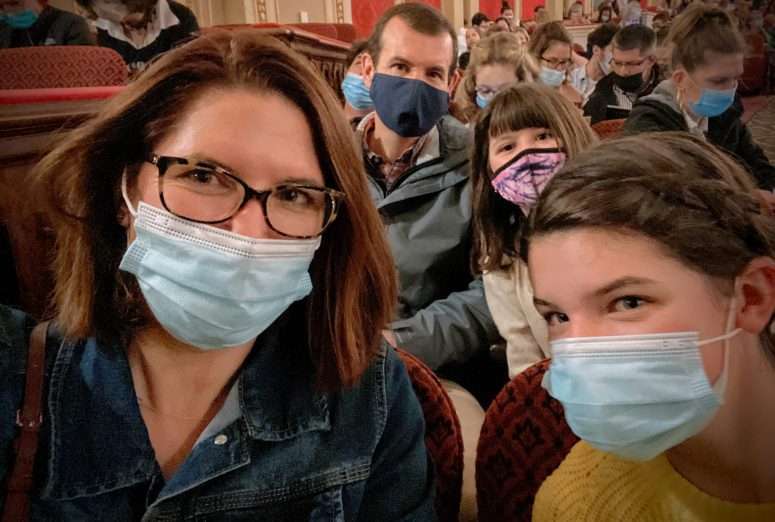 Is there a gene that kicks in when you become a parent where you start to worry about giving you kids too much stuff? I certainly remember having no qualms about accumulating stuff when I was a kid. Stuff was great. I was happy with stuff. I wanted more stuff.

Now? Not so much. Maturity and parenting can be such a drag. If I could just Amazon Prim a bunch of stuff and make my kids happy things would be simpler.

One odd side effect of this streaming, on-demand world is that the girls are really into commercials. They see them so rarely they’ve become appointment viewing. They hate when I skip over them. This doesn’t help reduce their urge to mainline materialism.

Maybe the supply chain hiccups will provide a mandatory reprieve this year and a slim window of opportunity to cultivate more intangible experiences with a handy ‘Sorry, the shipping contain is stuck in Long Beach’ or ‘Sorry, Santa couldn’t find any competent reindeer this year.’

How do you fight against the cult of stuff as a parent? Show them examples of friendships, interests, hobbies, and other activities that you don’t need to buy but can do just for the sake of doing it. Look for an identity beyond the buying power of a debit card.

We started the holiday season early last week by going to Hadestown, the musical. If a female trombone player getting a big spotlight in a Tony-award winning musical doesn’t inspire Ce, I’m out of intangible ideas.

It was the usual couch start for what turned into a very workman-like Saturday. I have to imagine it’s strange to start playing a character when you are ten and still be playing the character when you are over 40. That is some tough type casting. Cory and Topanga’s relationship is the one constant in this world.

Something motivated her early. Pretty sure there was a scene in Rocketman where Elton John played in a purple robe.

I challenge you to find something that a kid is less enthusiastic for than Saturday morning catechism lessons. That killed the early day motivation faster than any Monsanto product.

This kid’s answer did make me laugh.

I just… can’t. I stand by my rule of no seasonal music until after Thanksgiving. At the earliest.

It’s November! One of the two best months of the year where we theoretically could go to the Transfer Station Friday, Saturday, or Sunday. Thank you hard-working employees of Public Works.

I fear we are nearing the time where we start to get fraud alerts on our credit cards because Ally’s feet won’t stop growing and we’re making a suspicious amount of charges at DSW.

A fringe benefit is that Cecilia has left behind a closetful of gently used shoes that Ally can also shop at.

Heck, Michelle can shop there now, too.

Before the weather got weird an hour later (we were safely back inside), there were some dramatic forest posing by Dash.

A well-deserved girl’s night out for Michelle left me free to make and eat the controversial white pickle pizza in contented silence.

The only other pizza night recipe Michelle has balked at completely was when I tried to make a potato pizza.

Yup, that’s the no potatoes on pizza face I remember.

We ended the day with a spontaneous ice cream dance. I hope everyone felt this good about something during their day.