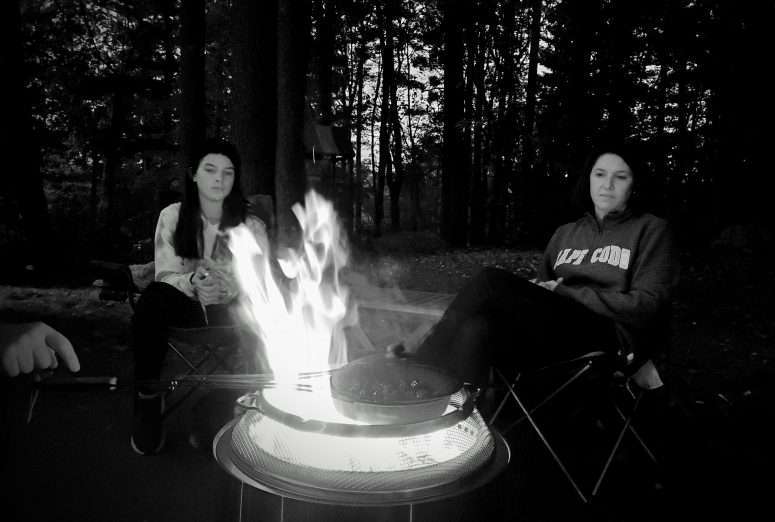 At the risk of going thematically off the rails again, I’d like to revisit effort again. This is a frequent topic in our house because of the tug of war between music, improvement, and daily practice. And maybe because of 80s movies. Rocky IV, Karate Kid (“You’re the best… AROOOUNND!”), Teen Wolf, Bloodsport, or Dirty Dancing include the training montage showing the blood, sweat, and beards required to get good at something. Those aren’t exactly accurate despite the awesome soundtracks and hair. They might present a slightly skewed view of the cost of improvement.

Now here’s the part I get stuck on. I think a key part of making the mental switch, and potentially enjoying or understanding better, the link between practice and effort is admitting that you suck and want to get better. My girls have incredible confidence. It’s something I admire about both of them. They put themselves out there in ways I never could. I don’t want to blunt that or discourage that. But they also lack almost any critical self-awareness.

The fact that they aren’t great (yet) is totally fine. But there is not a magic training montage on the horizon to cultivate improvement. There is just a loop of a little bit of practice, get a little bit better. Repeat for as long as it takes. There is joy to be found in sucking a little less each day. It just takes a willingness to embrace being bad first.

After that intro you’d think, I’d have various pictures of the girls practicing the piano queued up. Nope. Nothing doing. There wasn’t a sole stirring or a couch occupied. The girls were staying with their grandparents in the city. They are still young enough that the novelty of a hotel room alone is enough to get them excited.

Dash did not like the interruption to his snuggle routine.

We met up with the girls in Boston to see our nephew get baptized. Cecilia was the godmother.

Don’t think standing on church steps would make Ally solemn. Or stand still. We know from Footloose that the Bible endorses joyful movement. She did some sacramental dancing.

We often watch the online masses from St. Cecilia. Father John is very engaging. I think Ally was a little star struck. I’m surprised she didn’t ask us to wait by the stage door after mass for an autograph.

Church was followed by brunch at Frenchie’s in the South End. We learned the owners also have a family hotel and restaurant in France. Michelle added it to our (imaginary) itinerary.

Back at home, after the all-day strictures of tights and a dress, Ally decided is was plushy onesie time. Indoors or outdoors. Hard to argue.

We fired up the Solo stove and enjoyed the end of a crisp fall day with some red wine and roasted chestnuts.

Thanks to some fortuitous Spotify algorithm, Papa had the opportunity to teach the girls all about his favorite folk band, The Kingston Trio. The girls were…bemused. Ally did enjoy Charlie on the MTA.

We had a taste test between the almond biscotti of Mike’s versus Modern. No clear winner. Right across the street from one another, but two very different approaches.

We finished the night inside (it got cold fast). The girls did get their Saturday couch time in. Michelle claims she “stumbled on” on this 1985 history of dance in film documentary.

The only thing better than the training montage trope might be the improvised flash mob dance where everyone knows the complicated choreography. The girls had a lot of questions about the potential entry requirements for FAME. One that goes without saying? Lots of practice.