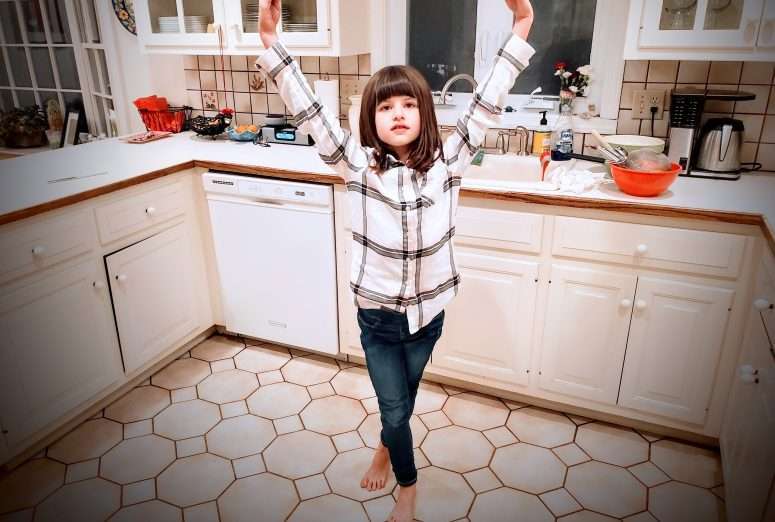 I’m slowly learning to accept that selective ignorance is a necessary parenting skill. Not all the time, of course, but sometimes it becomes very necessary to retain your sanity and enjoy being a parent without needing medicinal Merlot.

It was an up and down week as the holiday spirit drove some roller coaster emotions. As they grow up and life gets more complicated, I’m finding it more and more necessary to let go and accept that I cannot control or answer everything. One of the worst possible parenting instincts is probably to latch on and never let go. The worst, and also the hardest to break.

If I’m constantly worried about every vocab word, every assignment, every social drama, every potential catastrophe then I am going to miss out on the joy and fun of being with my kids. If you are always trying to manage the future you are missing the present. There are some problems we’ll just have to figure out on the fly. And I’m okay with that. Most days.

There’s no way you’ll get the big decisions right if you’re sweating every tiny decision.

The first Saturday morning run that has been rained out in a long time. Dash had the right idea. 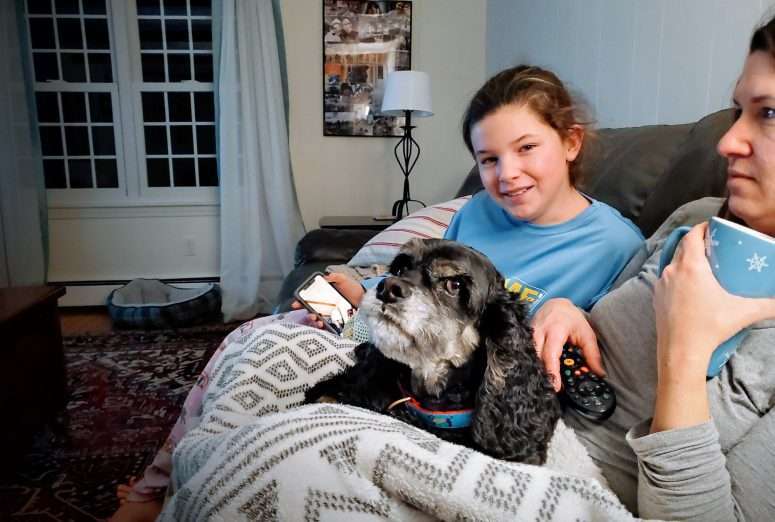 When I returned from the gym, Cecilia had made buttermilk pancakes from her cookbook. That were legitimately good. That investment in American Girl doll paraphernalia keeps paying off! 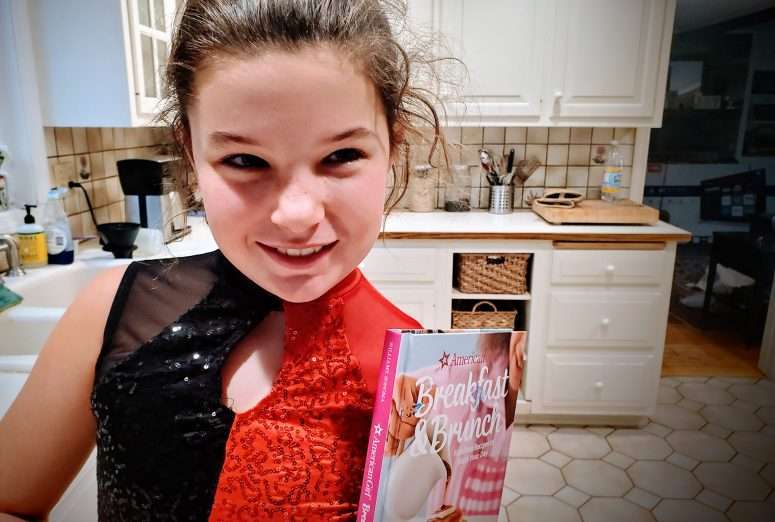 You might have noticed Cecilia’s rather sparkly chef’s costume. The first dance costume for next year’s performance arrived and I was surprised she didn’t try to wear it to bed on Friday night. There was a lot of dancing in front of the mirror in the morning. 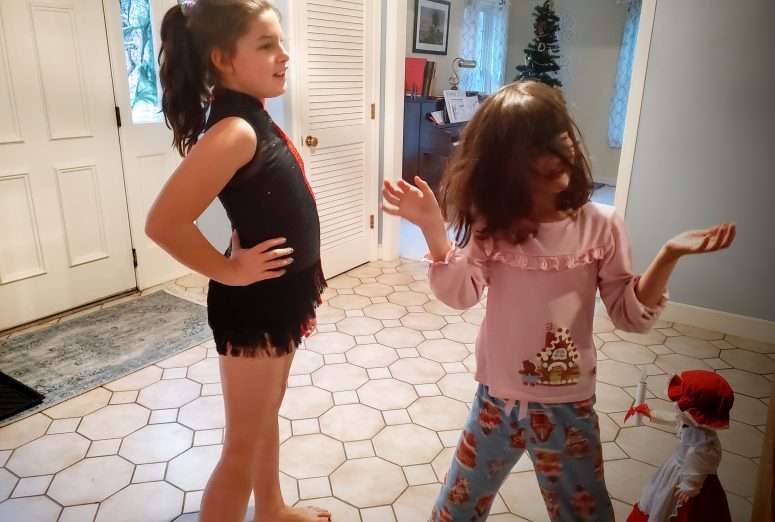 Michelle’s original agenda called for getting the (real, live) tree on Saturday but the rain scuttled that plan. Instead, she took the girls up to Grafton to see a holiday show. They almost lost Ally when the Grinch started interacting with the audience. 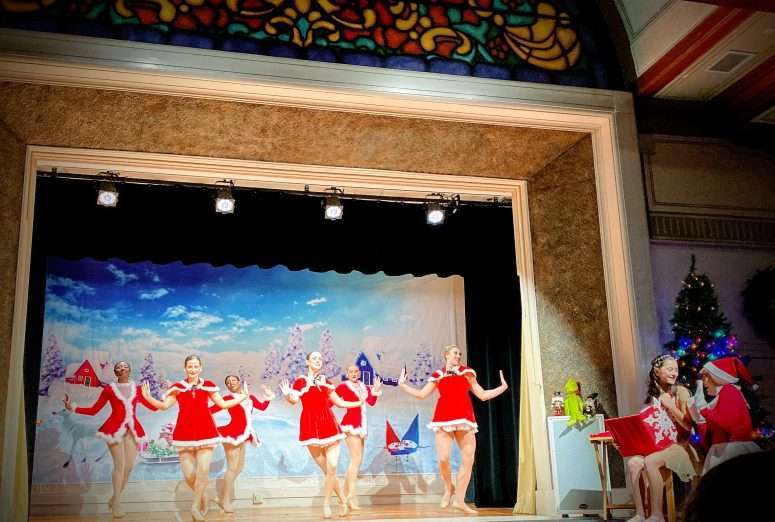 Before the show, the killed some time in co-op antique places. Ally was flummoxed by the rotary phone. 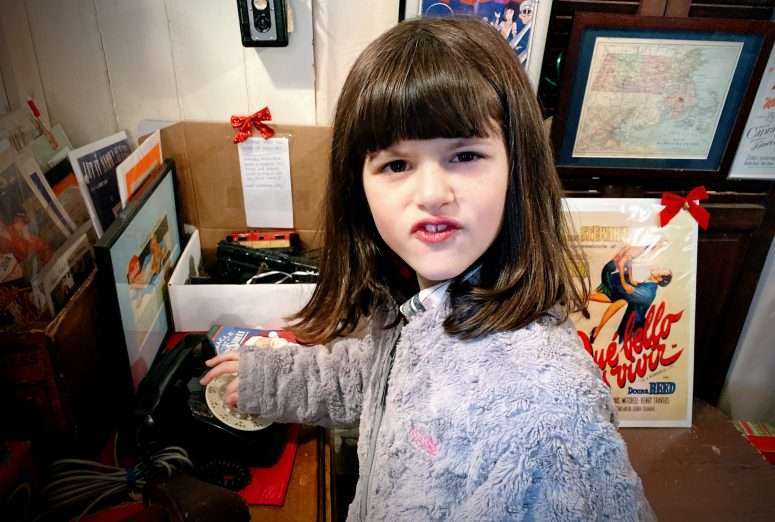 Cecilia was not all that impressed by the early Netflix prototypes. 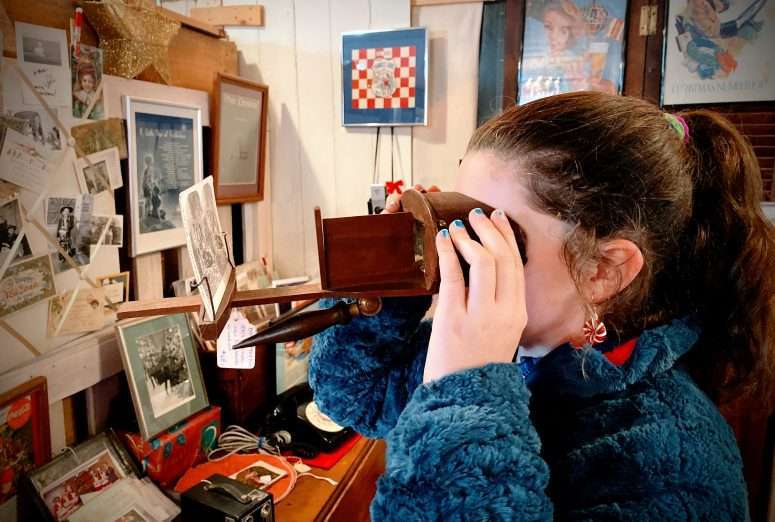 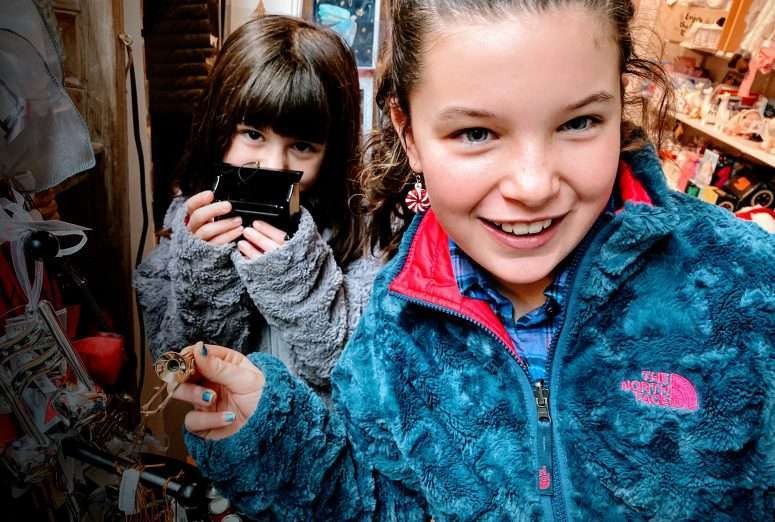 Meanwhile back at home, Dash busted into the closet to get at his toys and did his best poor puppy impression to try to get me to play. It worked. 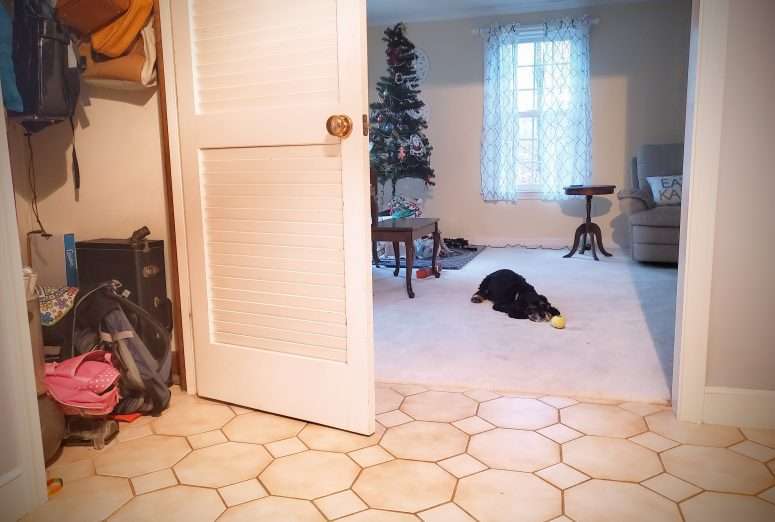 I also started the cookies. Much of my life will be measured in 12-16 minutes chunks for the next week. The girls approved of the brownie crinkle cookies. 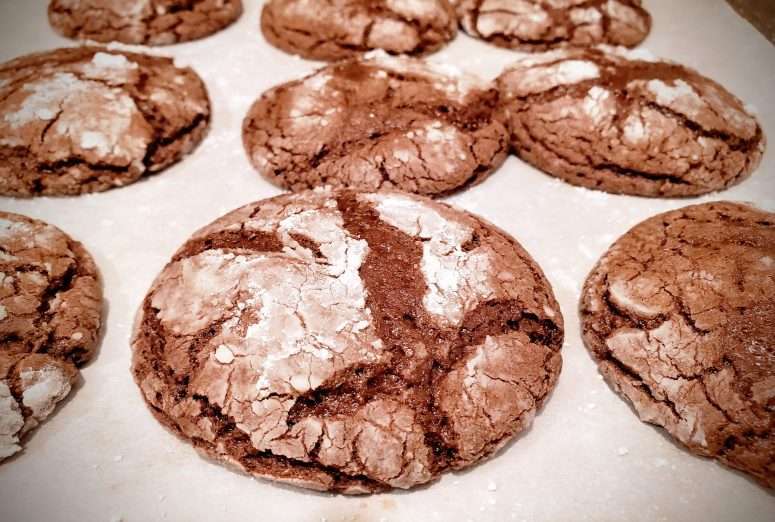 The rain had mostly stopped on their way home from the show and Michelle decided to try to salvage her tree plan. It was not a good experience. Wet trees. Mud puddles. Little choice. She even had to HR the guy in the parking lot that wouldn’t help her put the tree on the roof because it was a liability. “You’ll see some liability if a seven year old gets crushed by a tree in your parking lot if I drop it.” He helped. 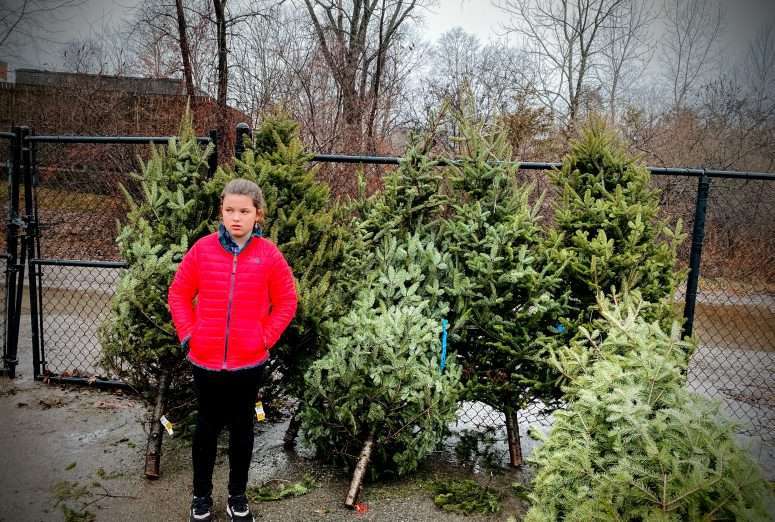 The recital went well last week, but the practice never stops. One more week of carols to go. 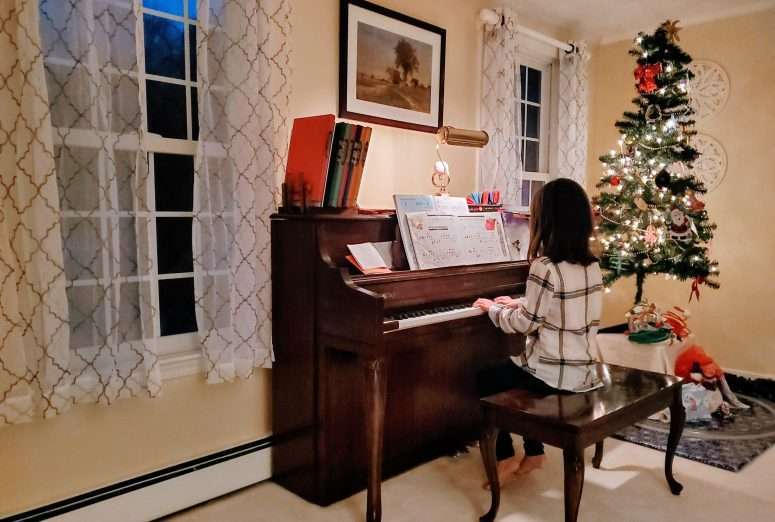 Inspired by the show, there were some late afternoon dancing and costume changes. 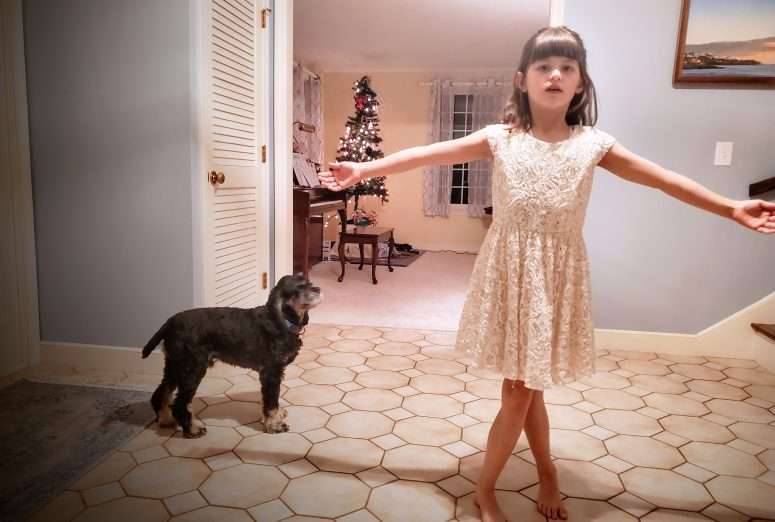 Dinner on the couch and some Christmas specials finished the day. We decided to deal with putting on the lights after a full nights sleep. 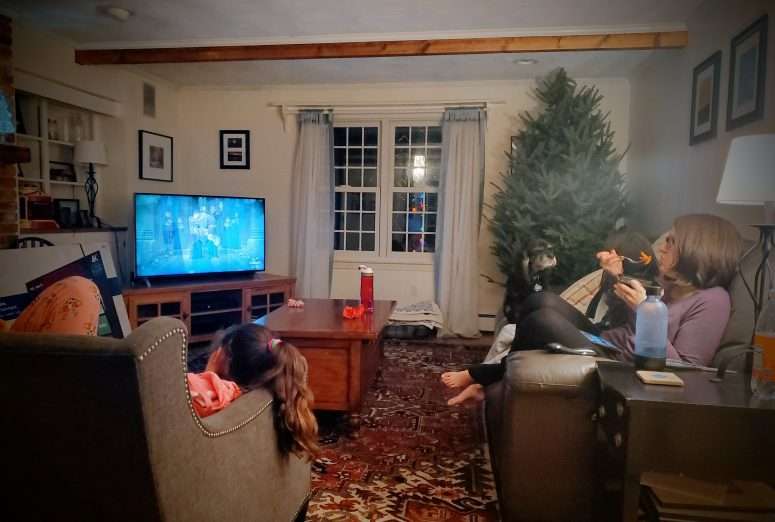 We were also dangerously low on wine.