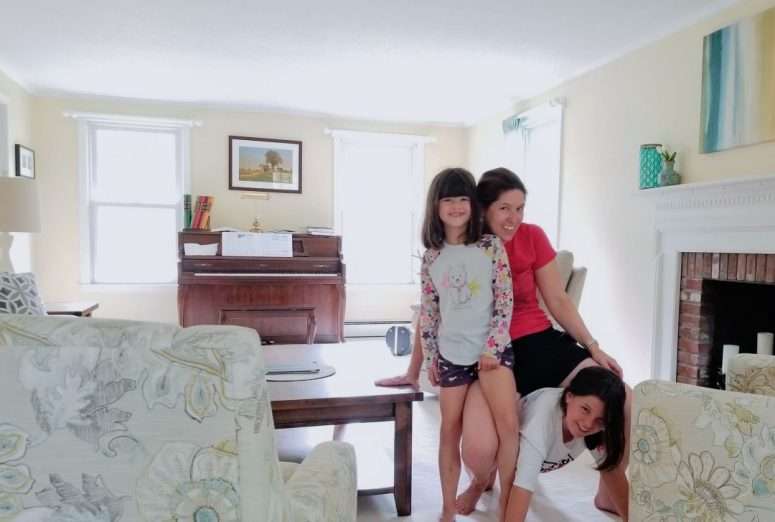 Week one of Camp Dad is in the books. After a rocky start (by everyone) due the jet lag, we were mostly back to normal by Wednesday. That included our first trips to the pool this year. One thing the girls definitely noticed at the Cefalu beaches were the bikinis. The very tiny bikinis. On everyone. One piece bathing suits were definitely in the minority.

During vacation, after convincing Michelle to get her an appropriate Italian bathing suit at the Termini market, Ally was thrilled to be living the European bikini life. Ce was appropriately horrified (that’s my girl!). Thankfully, we basically convinced Ally that European bikinis are illegal in the US so our pool visits this week were done in appropriate Puritan modesty.

I’ve got enough problems without introducing bikinis at age six.

We return to the home couch to start this Saturday. 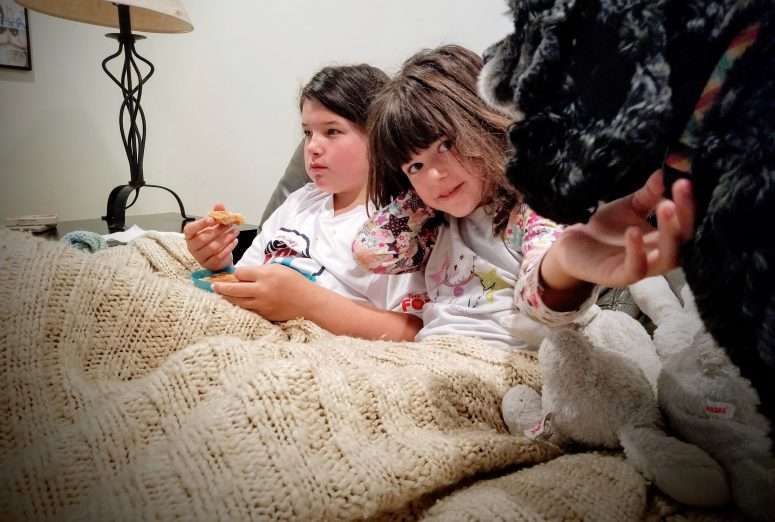 Despite the surprise wet conditions, plenty of folks showed up to run….right up until the lightning crackled through the parking lot. Safety is the better part of valor. You can always run tomorrow. 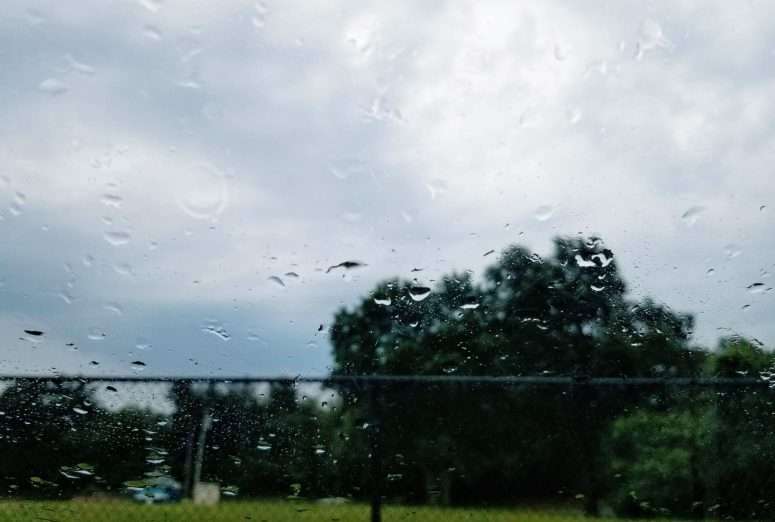 Back at home, the warm weather means it’s time to mooch off friends with nice pools and BBQs. But we never come empty handed. Michelle and Ce were up and prepping some pretzel brownies.

Baking is always a fun time to discuss fractions with Ce 🙂 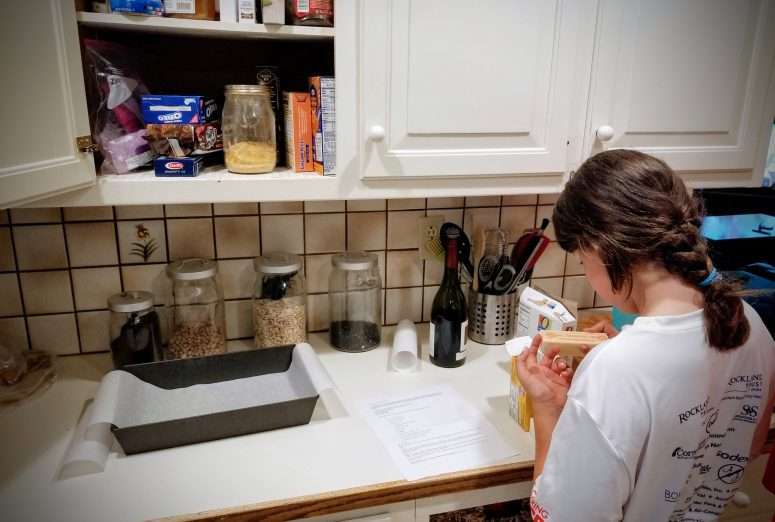 As usual, Ally was an avid oven watcher. She might not always help make the desserts but she will definitely tell you when those desserts are cool enough to eat. 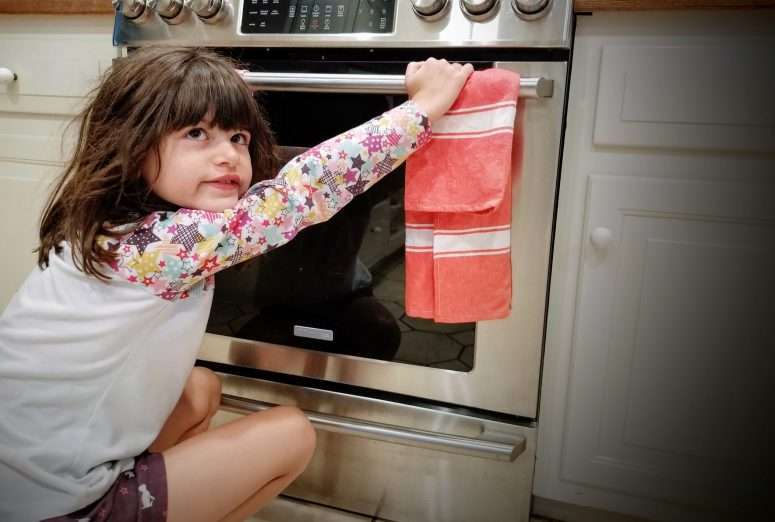 I think the girls missed their craft supplies overseas, it was a heavy catch up week. 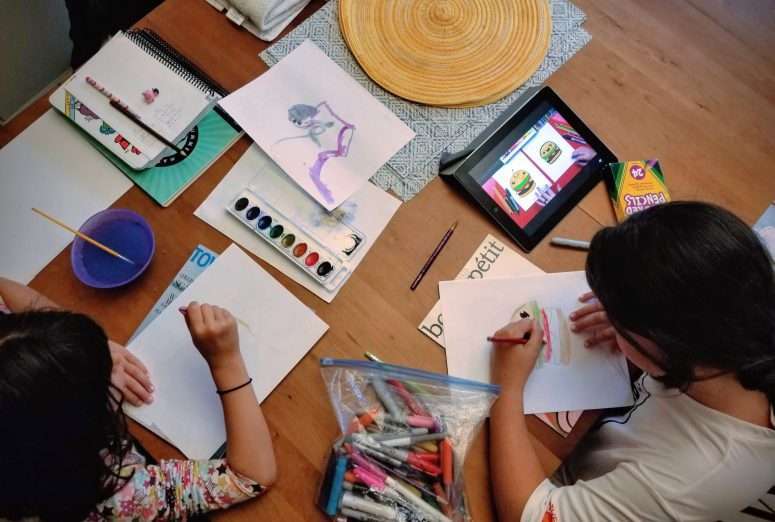 Of course, an hour later I found them doing their own thing in their separate rooms. Ah, sisters.

They were back together twenty minutes later. 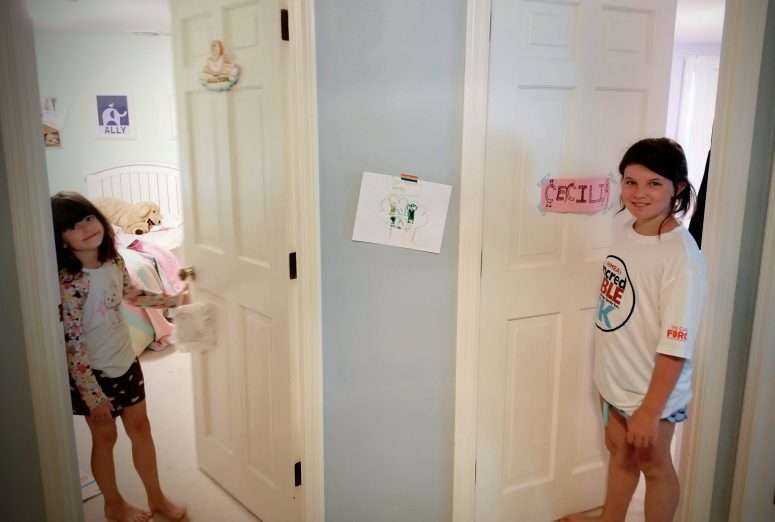 They are slowly re-adjusting to not having Sicilian street food for lunch. It’s been tough on Ally. 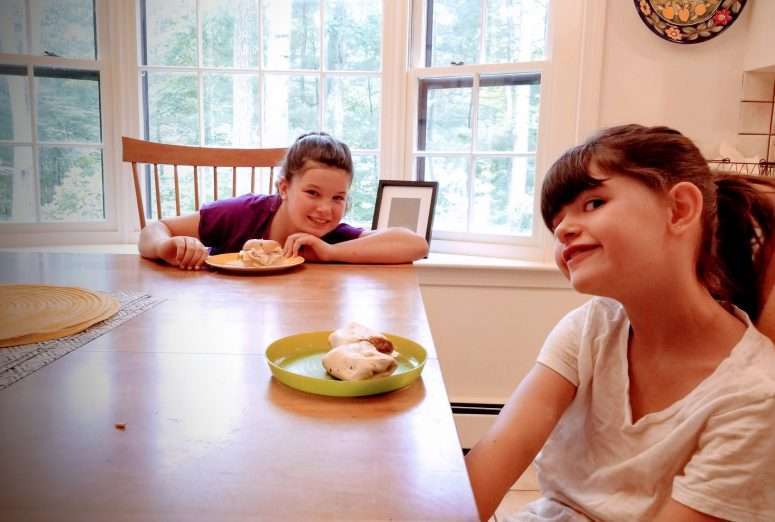 This is what happens when you leave your phone in the car to pump gas. 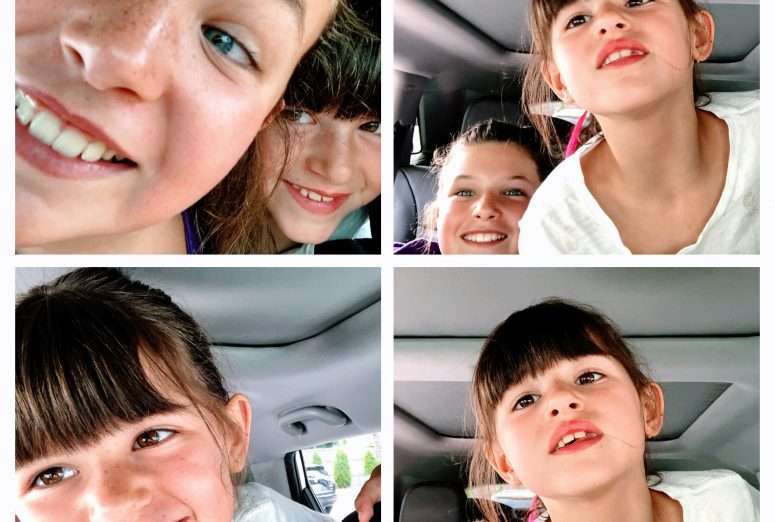 The girls were supposed to be looking for birthday gifts for other people but somehow ended up coming home with things for themselves. This is what happens with unsupervised ladies trips to Marshalls. 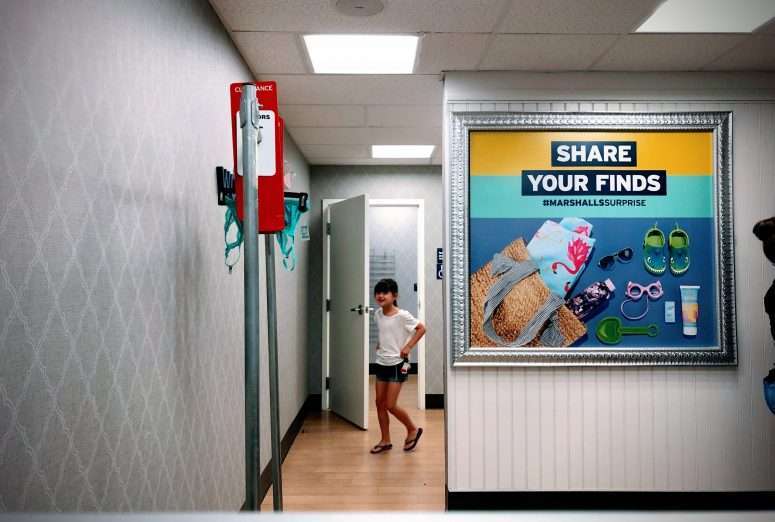 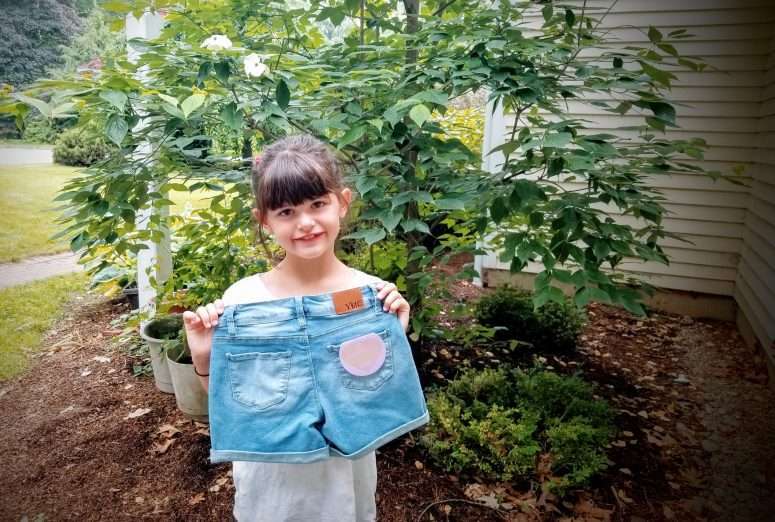 It occurs to me that Ce might not have many years left on the swing set. She’s close to maxing out the swings. 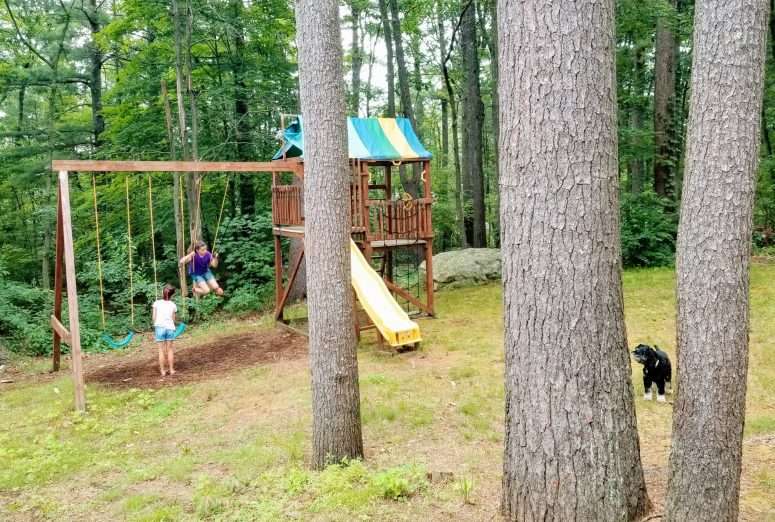 By the afternoon, it was time to head over to the friends with a pool. We first stopped by the new Zelus tap room in town to pick up some beer for the BBQ. 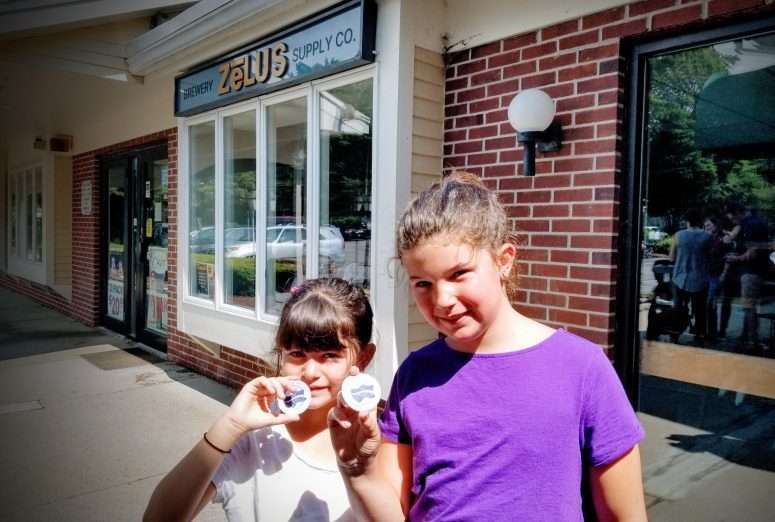 Despite a questionable forecast, there was just one passing shower to dodge. The girls thought doing the pledge of allegiance on the diving board was Monty Python-level comedy. Maybe it was. Sometimes I didn’t understand that, either. 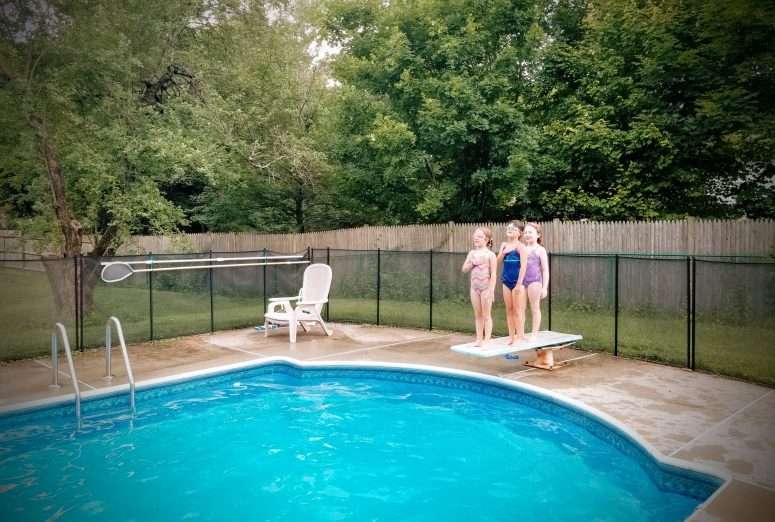 Over burgers and mac ’n cheese, a serious conversation about the rising risk of economic inflation and how it might affect them in first grade. 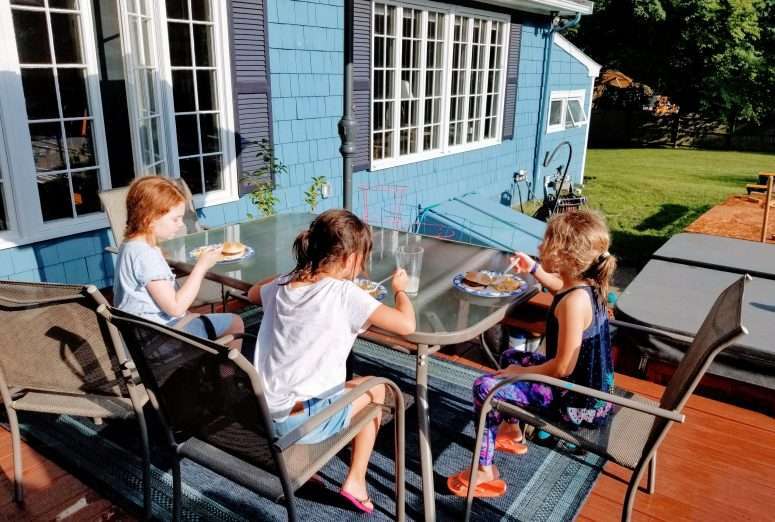 Then it was back in the pool for more shenanigans. 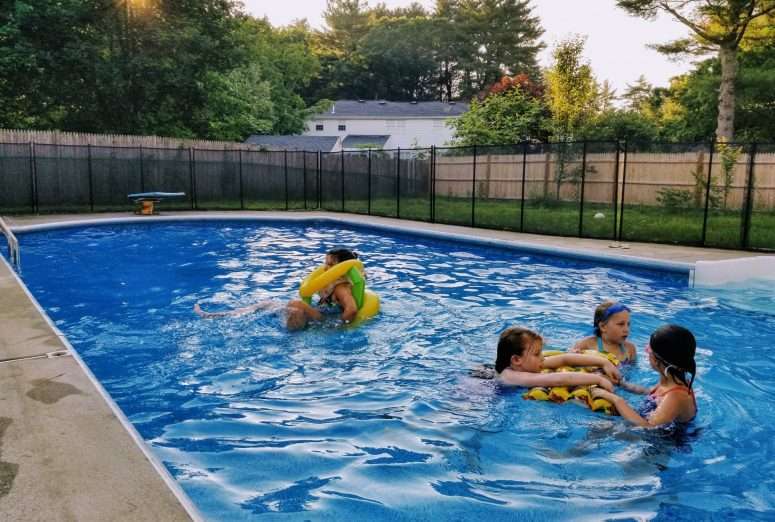 Life is better by the water, and, according to Ally, in a European bikini.