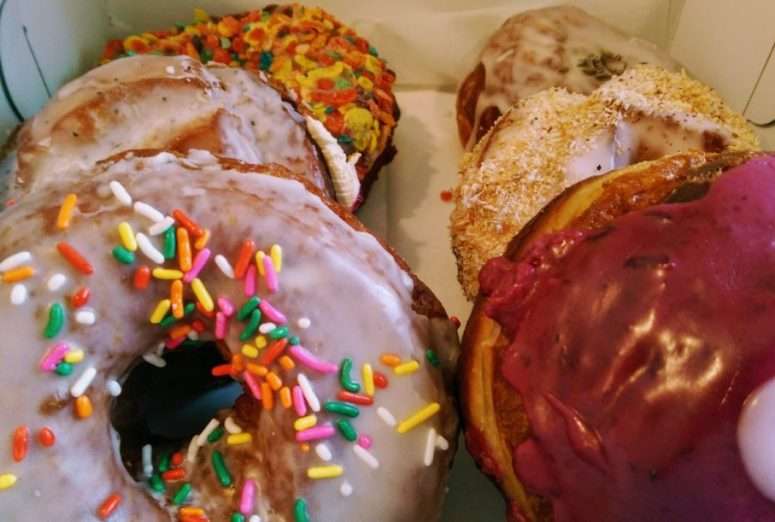 We woke up to silence yesterday. The nice, tranquil kind of silence where you lie in bed and find meaning in the bird songs outside the window.

Not the kind of silence where you wonder if your kids are setting fire to the couch.

The kids were actually away overnight at the grandparents which meant that we could wake up, drink coffee and have a companionable conversation. We did not have to have breakfast with Bob Saget and his family.

I could get used to mornings without slapstick and a laugh track.

Here is how the rest of the day went….

The girls might have been away, but Dash was going to keep with the routine and relax after breakfast on the couch. 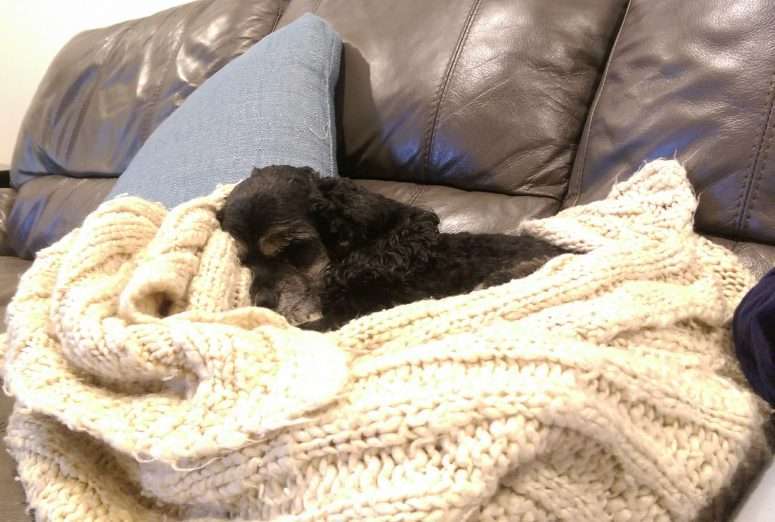 Even with the kids away, don’t think I didn’t fall asleep on Friday night at 9:30 or that I wasn’t up before seven. I can’t decide if that just means I’m old or that I’m a parent. Probably both. But it did leave time for a morning run. We even got to run the first few miles together before heading off in separate directions. 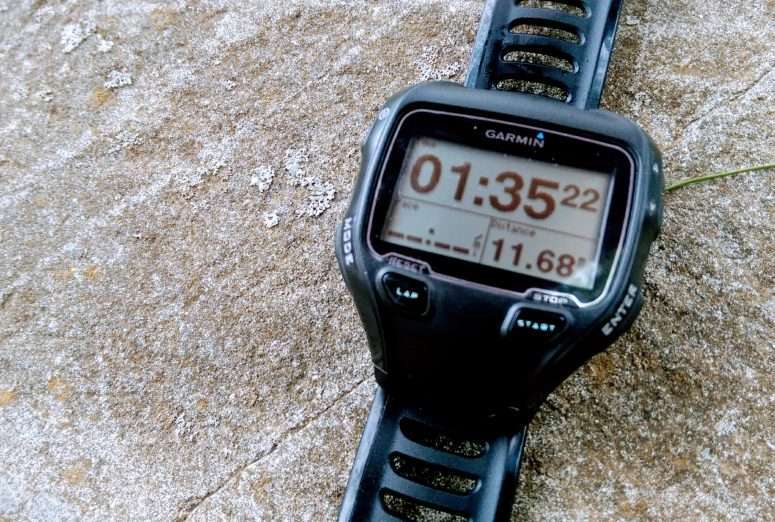 After our runs, we had a few more errands to get done before heading down to Rhode Island to pick up the kids. You’re never too old to get your Mom flowers. 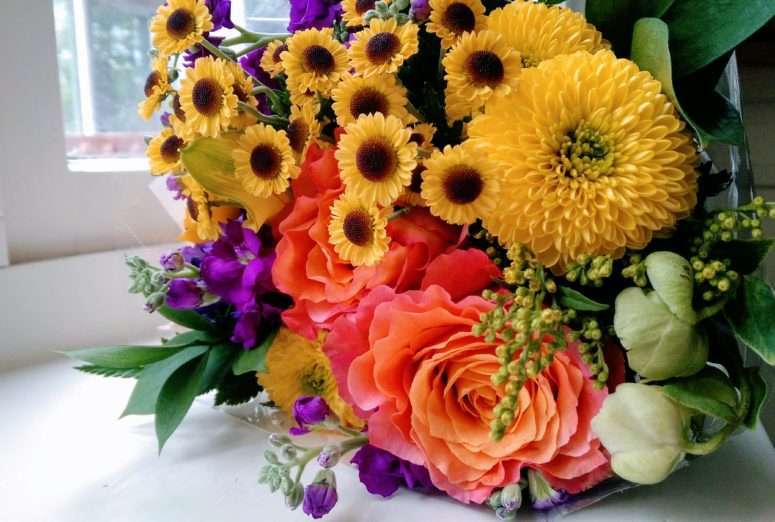 On the way down, we made our first stop at PVDonuts. It could be very dangerous that it is so easy to get to this shop from the highway. There was still a line even at 11:30 and I was a little worried that the donuts were going to be so creative and hip but ultimately taste bad or worse, bland. 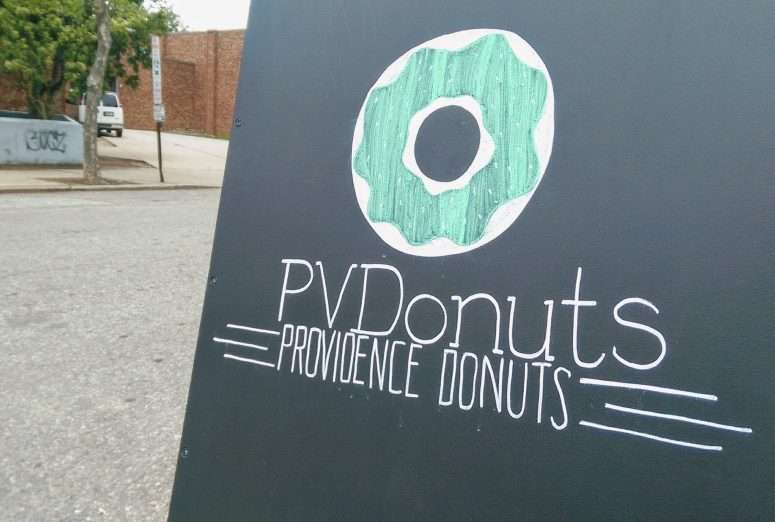 I can report, after a very thorough sampling, that the taste very much lives up to the appearance. They aren’t cheap, but they are very, very good. 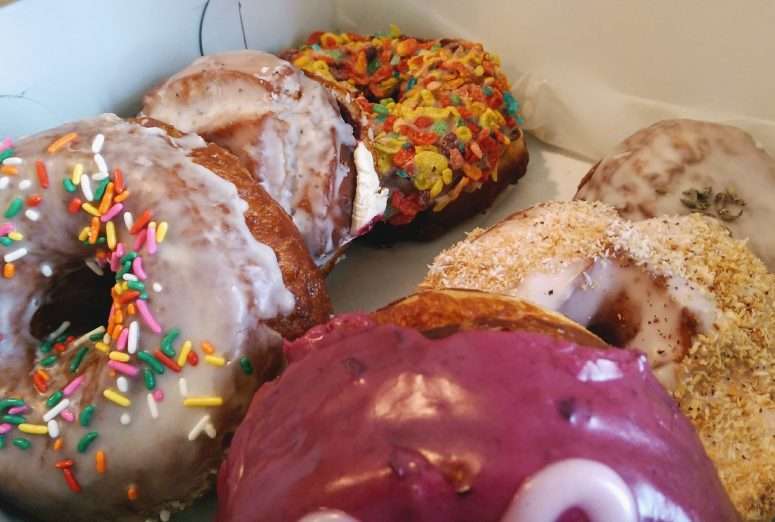 Ally took down most of the cereal milk one without much help. 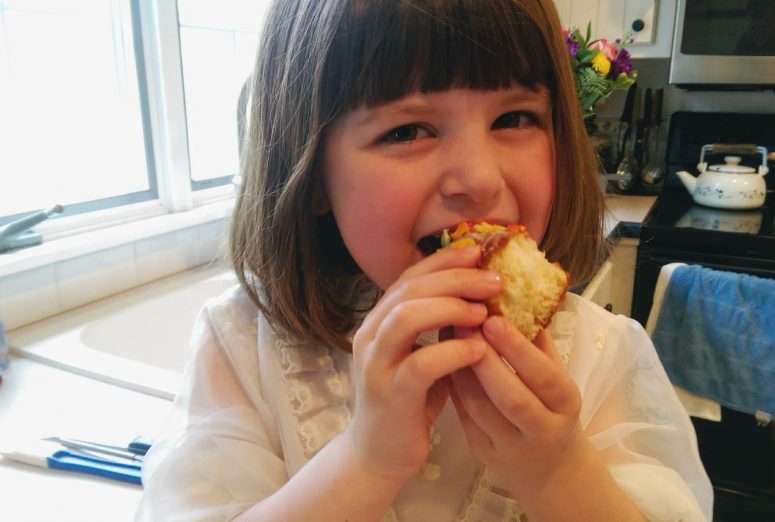 But first, we had to make Mommy’s hair fancy, too. 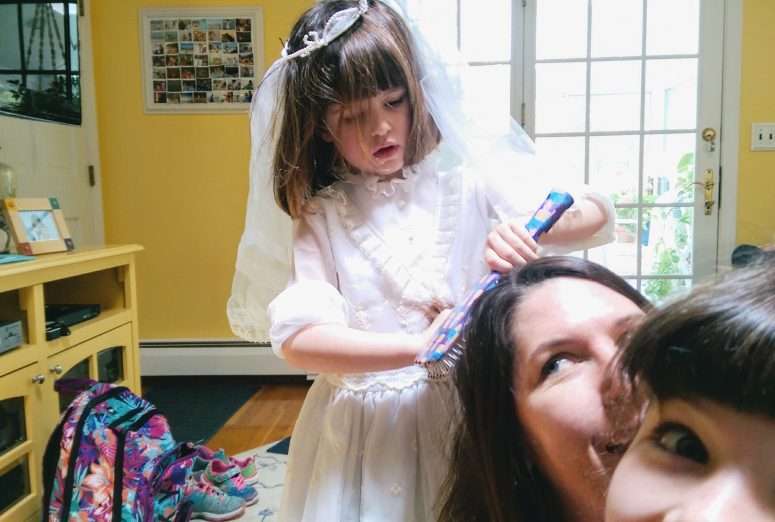 Here are the girls, the dolls, the dresses and the veils. 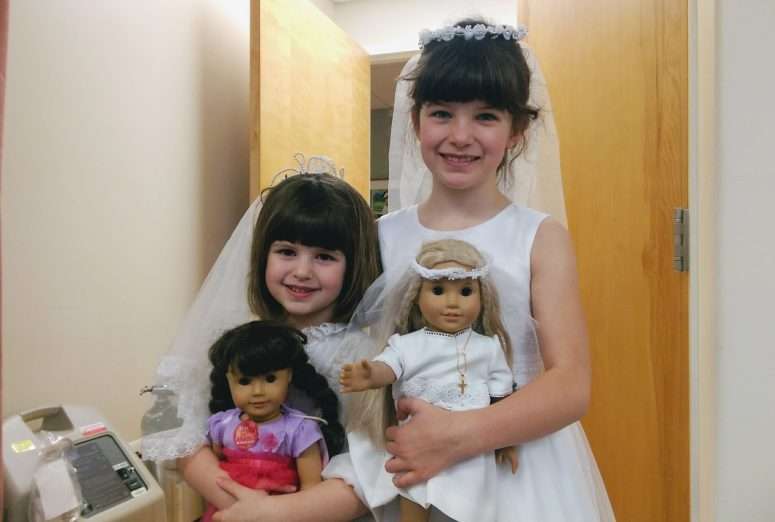 After putting on a fashion show and parading around the nursing home (they are becoming quite friendly with many of the residents), it was time to head back home. Our day wasn’t done yet.

There were still friends, drinks, pizza, spicy guacamole and some dominoes to play. 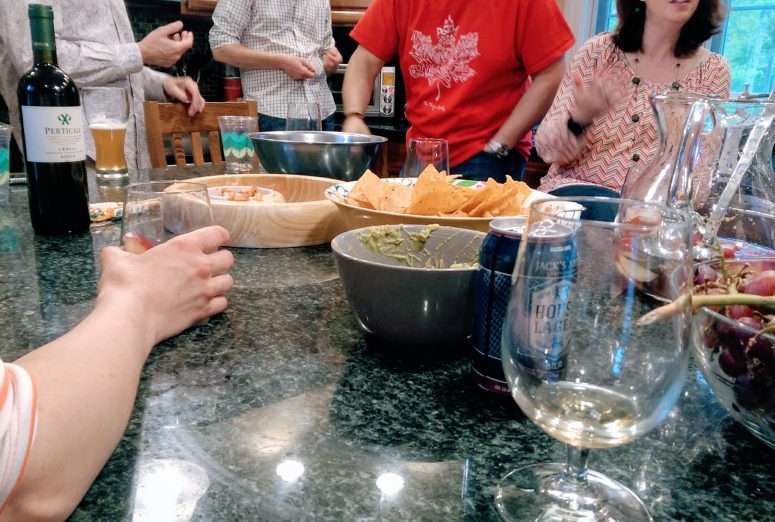 A rare occurrence of all the trains up at the same time! 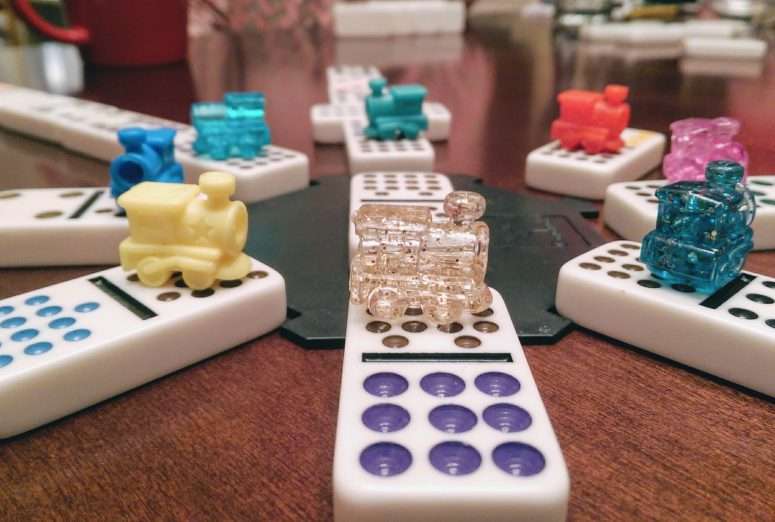 We made it through 3 rounds, a Spandau Ballet medley and plenty of laughs.

There are worse ways to pass a Saturday night.