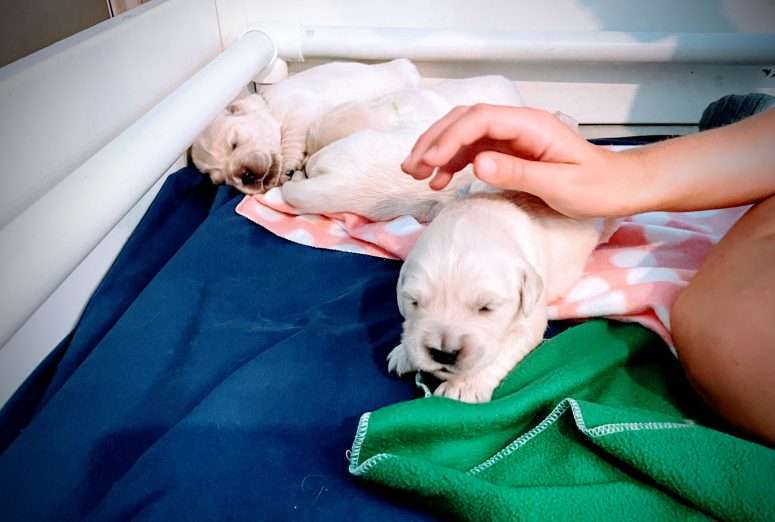 A new co-worker found out about my book thing. Like a lot of people, she wanted to know how I got it done. How did I write books and work a full-time job?

The pat answer is that you don’t write a book in one chunk. You write it a little at a time, day by day. If it’s important to you, you find the time.

And maybe that’s how it is now after I’ve made writing a habit. But it didn’t start that way. I finished the first book because I didn’t know any better. This quote from Orson Welles when asked where his confidence came from says it better than I can:

“Ignorance! Ignorance! Sheer ignorance, you know. There’s no confidence to equal it. It’s only when you know something about a profession that you’re timid or careful.”

Sometimes it’s far better not to know. Go on an adventure, people. Don’t wait. Be an amateur, explore the untried and find new ground.

For the first time in about six weeks, we had nothing planned for the weekend. No Cape, no amusement park, no house prep. Before Michelle got itchy and started using the leftover power tools, I was able to get out with the local running group for a hazy run.

Nice to be reminded that all those hot summer slogs start to pay off with faster fitness in the fall.

Even at ten, Dash is still bringing the energy and big-hearted greetings that just make you smile.

I could probably learn a lot from Dash’s short memory and generous tail wags. He doesn’t hold a grudge. He doesn’t discriminate. He gives me, and the random construction worker he finds in the kitchen these days, the same love.

We continue our high utilization rate with the town library’s uncommon things collection. With the kitchen stove out of commission, we borrowed this single induction burner.

I don’t know if it is less intimidating than the full stove, but Ally loves it. She made Michelle eggs and pancakes for breakfast.

Then she took Michelle out and treated her to Starbucks with her own debit card.

She also taught Michelle how to order fancy drinks at Starbucks. She’s not intimidated there, either.

There was one thing on the agenda but just for Cece. She had her friends bat mitzvah which involved two outfit changes, hours of hair prep, and some press on nails.

Here is the ceremony dress.

(I had the presence of mind not to pose her in front of the dumpster but failed to move the hose or watering can.)

While Cece was at the ceremony, we had a puppy sitting appointment at Gofi.

These puppies are barely two weeks old and just opening their eyes.

Hard to be stressed out with cute, whimpering balls of fur stumbling over you.

A quick update on the kitchen. Floors are done. Cabinets are being installed. Feels like we’ve turned a corner. Hoping to be able to bake some bread by October.

Here is the second dress for the party. We were running a little late. You can just see her barely concealed “C’mon, Dad” expression peeking out.

Not pictured. The sparkly high heels.

And I wonder why Ally’s understanding and appreciation of football completely revolves around nachos.

There was a backyard wedding on a neighborhood street which made for the perfect excuse for some night moves out on the porch.

Finally, we’re not totally sure who we picked up from the party, but she had a great time.

Have a great Sunday!