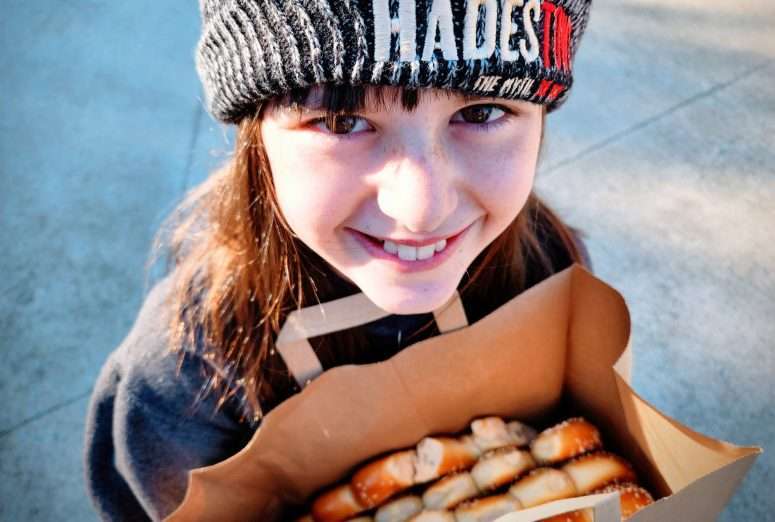 No pithy parenting anecdotes this week. Like good Donohues, we are spending part of a major holiday going up and down the Jersey turnpike. By the time you are reading this we will (hopefully) have paid an exorbitant toll to get across the Hudson River and are risking our lives on the Merritt Parkway to escape southern Connecticut.

I will say, this article in The Atlantic on how we raise kids did catch my interest this week and is worth a read. The key might be to stop trying to raise successful kids and to change what we give attention to as parents. Instead of spending most of your time in the car or around the dinner table talking solely about school and accomplishments, ask about, or give equal time to, character and excellence.

How were they kind today? How did they help someone?

Simple and actionable. That’s parenting advice I can get behind.

It’s our 18th anniversary today and one of the unexpected benefits of marrying an Italian is the acceptance that it is totally okay, even expected, to eat cookies for breakfast.

What is it about the Kellog’s variety pack that drives kids batty? Need a kid to do something? Dangle a tiny box of cereal in front of them. It’s like cat nip for 9 year olds.

There might not be high heels but there is still piano practice on the road during recital season.

I’m not sure what happened exactly but Ally really got into throwing the football this weekend. We didn’t watch Napoleon Dynamite recently, nor did she fall and hit her head.

Turns out she has a knack for throwing a good spiral. But I think the key ingredient was the discovery that scoring a touchdown brings with it the ability to choreograph an individual dance.

I’m not a model train guy (not yet!), though I sometimes wish I was, but I’m going to sleep better tonight knowing that there is still a dedicated store out there to support the needs of train enthusiasts.

For lunch, we escaped the house to check out a south Jersey pizza place that had shown up on a few best of lists. We had to taste for ourselves.

It is very good. It’s New Haven coal-fired style so it’s a tricky balance between taste-enchancing char and outright burnt. One of our pies was good, the other, in my opinion tipped over the line. Still, the dough and sauce were outstanding. Worth the trip.

And don’t get Michelle started on the fresh oregano as a condiment.

It wouldn’t be a Jersey trip without a Wawa stop. The name still confuses the girls, but they at least understand the pretzels now.

We also had a very chatty cashier and when we explained there was no Wawa in Boston but we had sort of an equivalent if you had a convenience store that didn’t sell pretzels or hoagies, he just couldn’t wrap his head around it. “What’s the point?” Exactly, Todd.

Not content with a mere dozen pretzels, we had to make a second stop and get a few more from The Philly Pretzel Factory for a proper taste test.

Bonus! We ordered so many we got a free container of mustard. Michelle was psyched.

Also, is there a more South Jersey/Philly photo than this? Maybe if Cecilia had also been wearing her pajamas while pretzel shopping? We really need a pretzel Turkey on the table next year.

This is the face of defeated child on the fourth day of excessive eating and the second day of leftovers.

We finished the night on the couch with some Elf.

We did the Christmas Story Christmas Thanksgiving night. If you can make it through the first hour (pretty bad, other than the carolers gag) the last 20 minutes is surprisingly heartwarming.

Last night we were still too full to talk much to each other, nevermind ask if anyone did anything character building that day. Maybe we’ll start that bit of parenting tomorrow.

Have a happy Sunday!