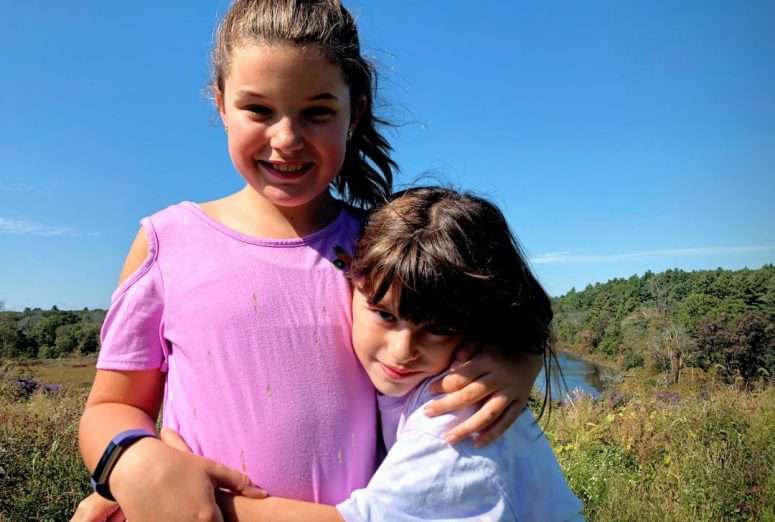 Ally came home one day this week a little under the weather and proceeded to swing back and forth between sweet, sick angel and raving psychopath. The mood swings whipped by so fast they hurt my neck.

One thing you get really good at as a parent is seeing past that type of behavior. You know your kid is not a mean person, they’re just tired because they slept on your floor again last night because they are scared of Voldemort. You know that they’re having a tantrum because they’re hungry after only eating plain white starches all day. You sense that the impudent tone in their voice is because something happened at school or with their friends. You get that they love you, that their family does matter to them even if they said their three favorite things in the world are dancing, putty and their dog.

You see past all this because you are giving them the benefit of the doubt. You’re not jumping to the worst conclusion, you’re not attributing a permanent character defect from some single event. It dawned on me (only took 40 years and two kids!) we cut our kids the kind of slack we rarely give everyone else we meet in this life.

What if I assumed the best instead of the worst? Or if I tried to help instead snapping back? I think I’d feel better. Maybe they would feel better. Certainly my kids would see a better example.

[Note: I reserve the right to disavow any of this during Sunday return drives from the Cape or anytime I have to take Route 93.]

We started on the couch with the girls holding the grandparents hostage during Descendants. 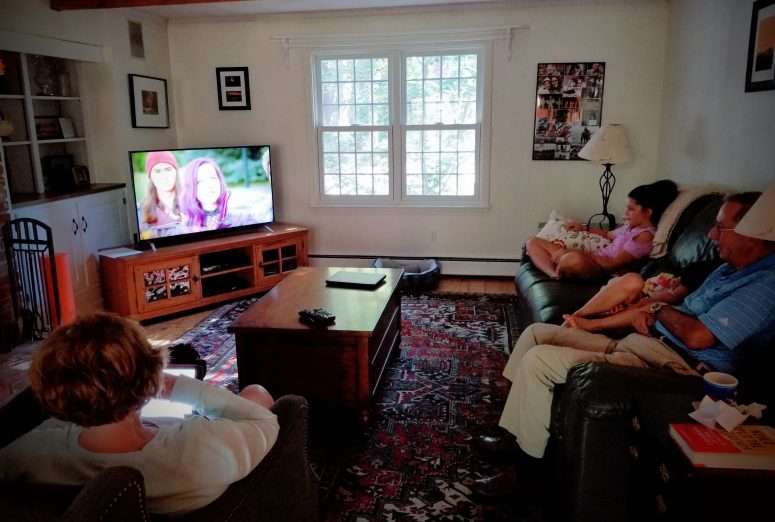 I snuck out for a run. And it was a great morning for a run. So nice, in fact on the trail, that my group got a little carried away with the pace. Nice to know the old guys can still bring it. 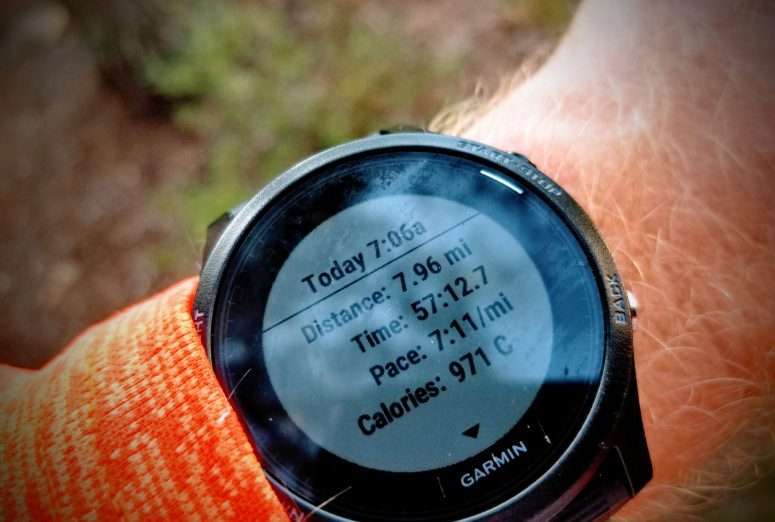 Back at home, Ally believes any strumming on the ukulele is The Lion Sleeps Tonight. 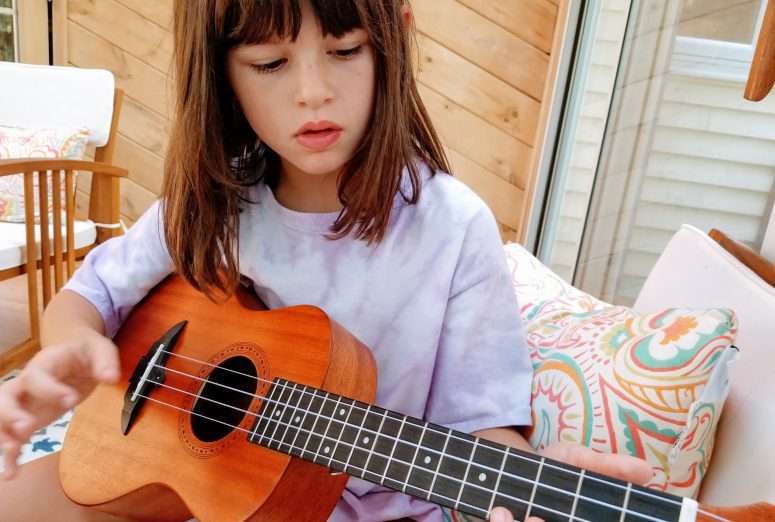 It was time to get the kids outside, so we took the girls and the dogs for a walk at the old State Hospital. 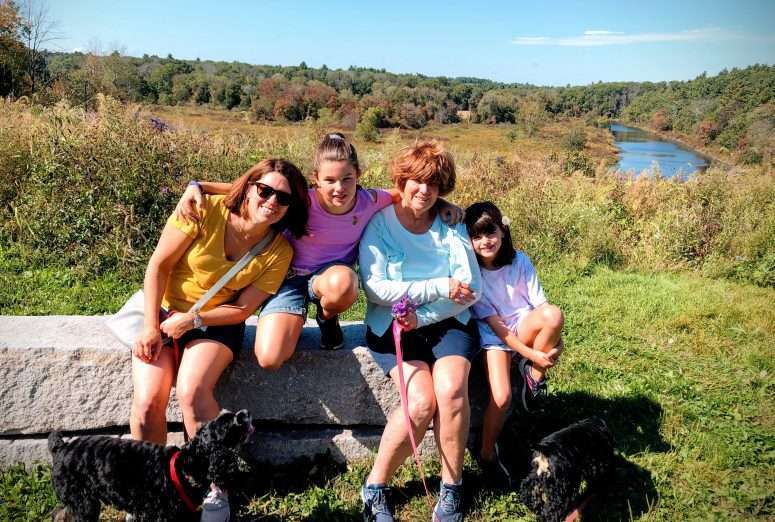 Some of the buildings were spiffed up for Halloween. I hope this doesn’t come to back bite us at 2 am with Ally unable to sleep again. 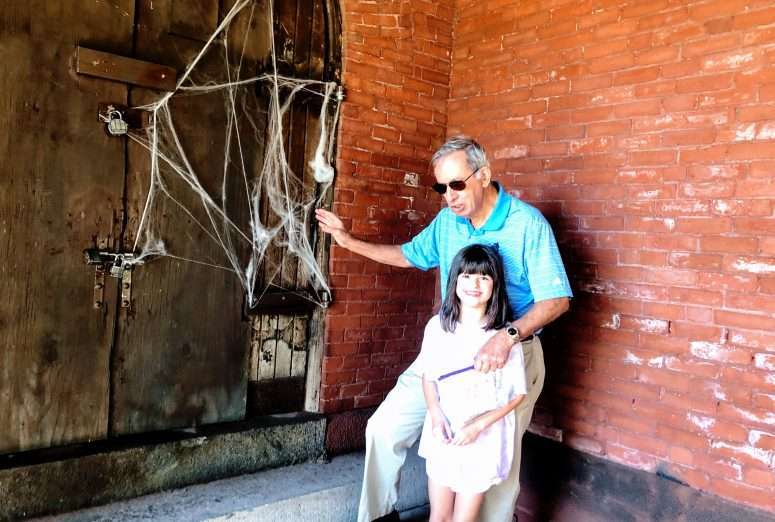 These kids can go all day long but ask them to walk for 30 minutes straight and it’s like you asked them to walk to New Jersey. 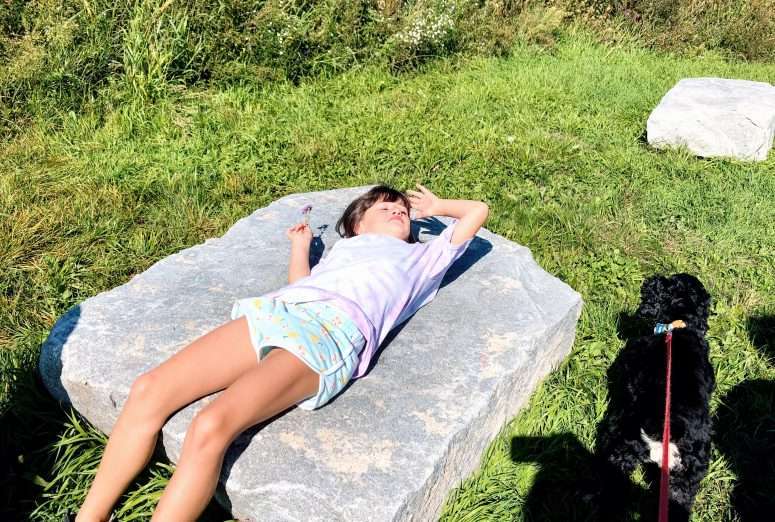 After the walk and some lunch, we went into the city and walked around Back Bay before an early dinner.

This site will make any Dad nervous. Cecilia quite enjoyed telling me the necklace she liked was $11,000. 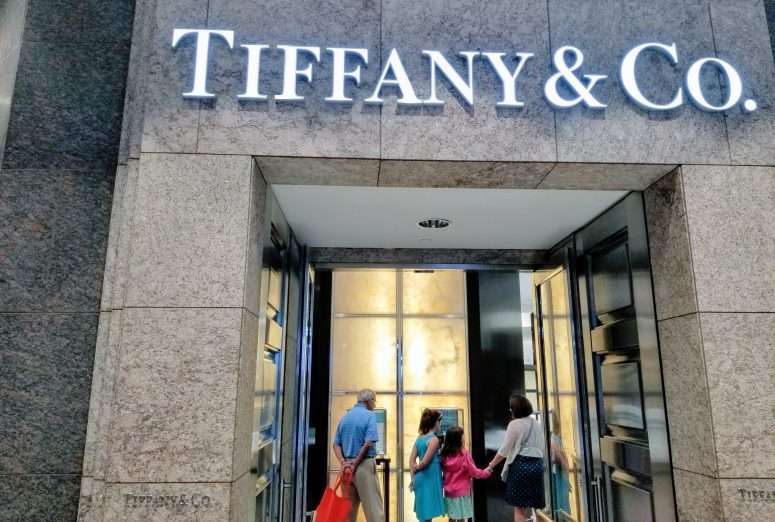 One of Cecilia’s mottos in life is that there is never enough cheese. Michelle would not argue with that. 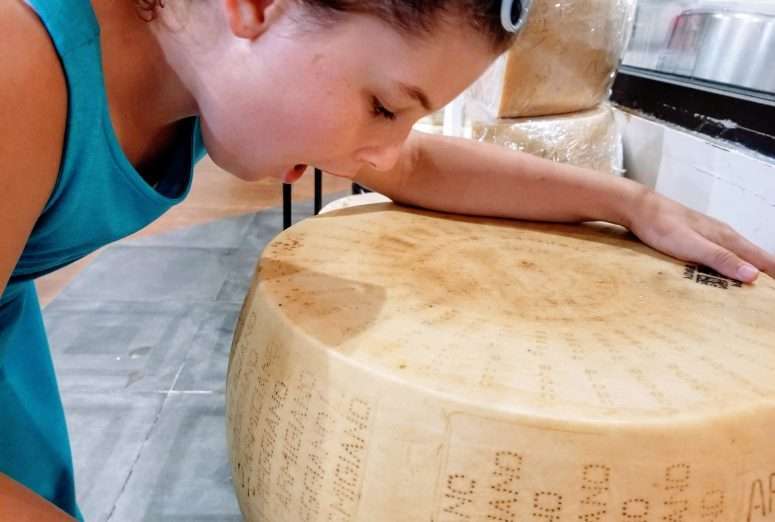 They have these short story dispensers throughout the mall. My token observations showed it was mostly kids that like to hit buttons using it but they did come in handy later in the day while we were waiting for dinner. 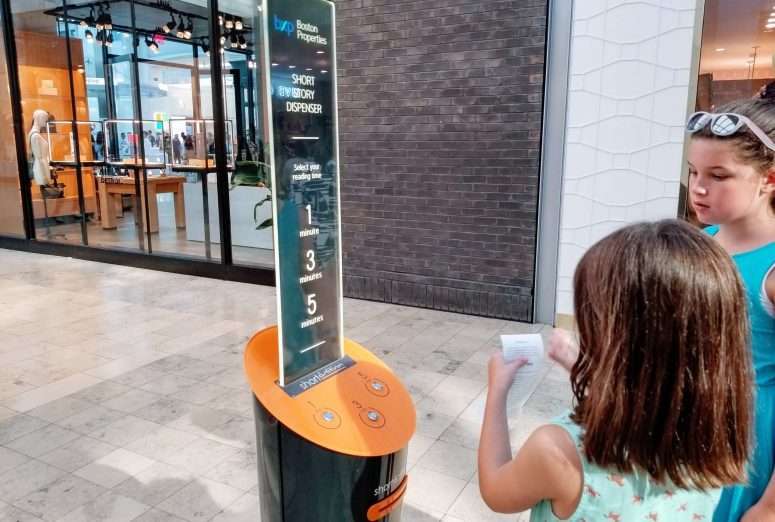 They’ve reached the age where we now have to stop at most clothing and shoe stores.

Giacomo’s isn’t the most adventurous place to eat but it is always good. 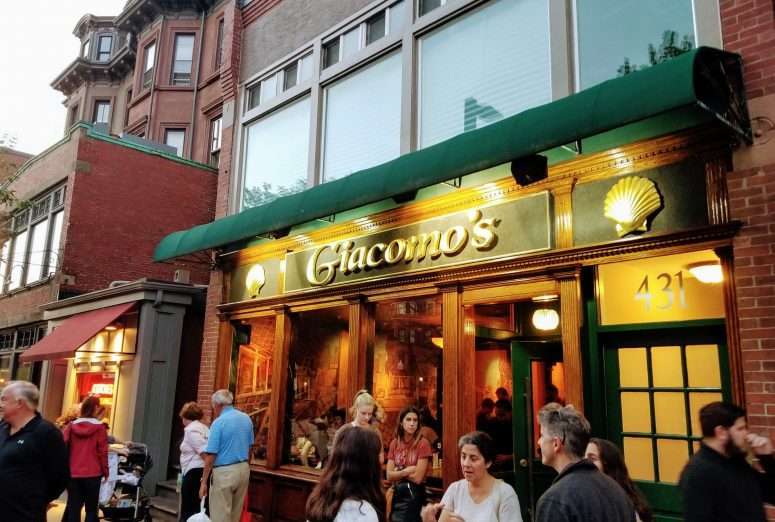 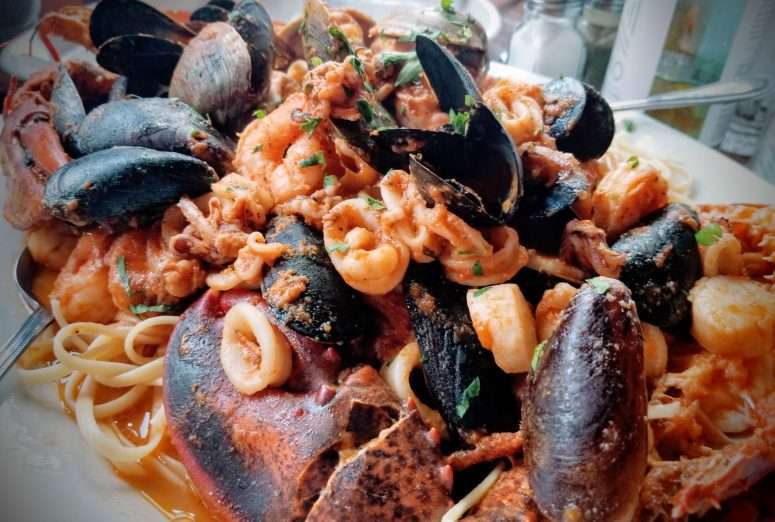 Fried slabs of cheese. Even something Ally will eat. 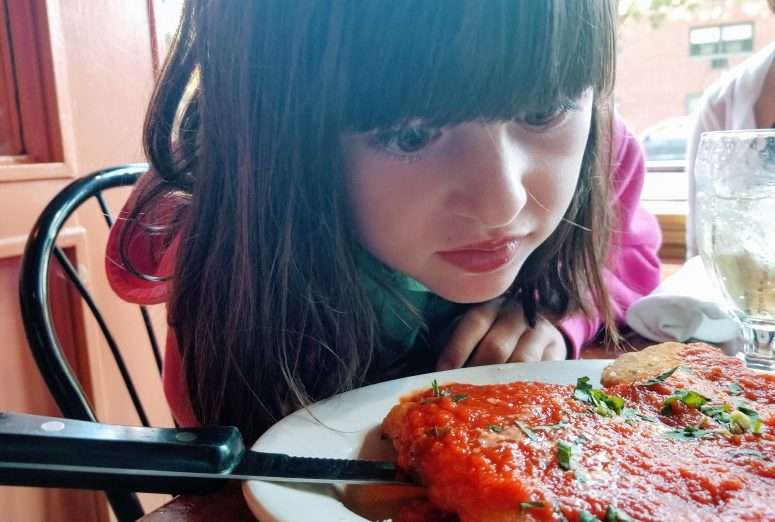 We had to walk it off a bit after such a heavy meal before calling it a night. 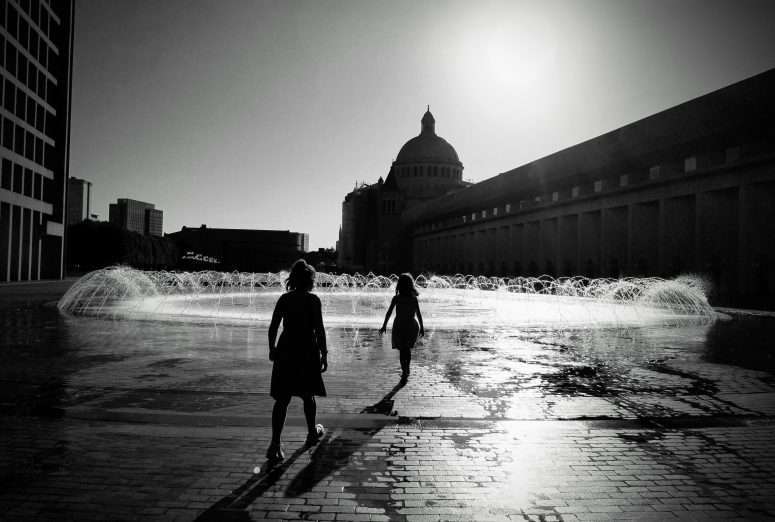 I didn’t use any adult gestures or yell at anyone on the drive home. Muttering under your breath doesn’t count…