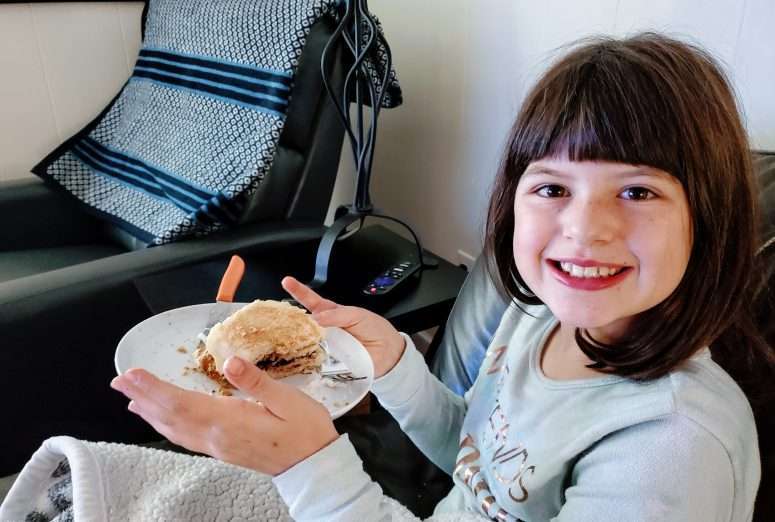 I was a volunteer at Ally’s school this week, helping harvest their class garden for an upcoming Thanksgiving feast. Trying to corral the bouncing kids, get them to pay attention to the master gardener, and not impale themselves on the pitchforks reminded me of my few seasons trying to teach many of the same kids soccer or basketball. Without the pitchforks.

The hardest part about being a coach for me was not being able to forget being a player. You know what it’s like to be the person you’re now trying to coach. You know how to do these things. Or you think you do.

Similar thoughts occurred to me again later in the week when I (gently and cautiously) asked Cecilia about an upcoming assessment. I’ve learned, like new math, that one should never call something a test anymore. I offered my help and some suggestions (yes, flash cards might have been mentioned). Why not? I was a kid. I remember being a middle schooler. Or I thought I did.

And that assumption might be part of the problem. Coach, player, or parent, the game has changed. Yes, certain truths and experiences about childhood will forever remain the same, but every generation also grows up in its own context, with its own unique problems and opportunities.

Old methods might still get you there in the end but it might also make everyone miserable in the process.

The girls are not me. They are growing up in a different world and my job is to figure out how to fit my experiences into a structure that they’ll understand. Not the other way around.

The game has changed and I have to change with it…or it will pass me by.

Our Saturday was book-ended by carbs. While Michelle and I were out running the streets, Cecilia was manning the griddle and making pancakes.

Not content with plain buttermilk, she made Oreo ones for herself and S’mores for Ally.

Nothing like a steady sugar drip to get the day started.

Every year around this time I’m thankful our kids fall more into the theater and dance camp rather than sports.

I’d be nervous to see Michelle’s reaction to this town tradition. I might not be able to stop her from starting the weekend chores at 3 a.m. Her and the coyotes out there in the yard…

He’s old enough now that he doesn’t try to jump out of the tub. He takes his medicine but he doesn’t like it.

I heard this strange clomping noise on the stairs.

Just Ally walking around in toe shoes and sequins asking if she can practice the piano.

Everything recently involves a performance or a dance move.

But when one of the girls volunteers to practice, I can’t really complain.

A moment of grocery store weakness and frankly I’m glad we didn’t end up with the Frankenberry to complete the triumvirate.

The time of year when we plant future deer food.

Anytime Michelle is stationary and sitting on the couch during the weekend, I’m tempted to take her temperature.

This was actually a short rest disguised as laundry folding to keep the kids away. Nothing gets them to scatter faster than broccoli, bringing out the laundry basket, or mentioning emptying the dishwasher.

For dinner, we fired up the little outdoor, wood-fired pizza oven.

Ally still won’t eat any charred bits, which makes cooking her pizzas a challenge, but she will at least eat the rest of it.

We finished up the night with some musicals. We are making our return to watching live musical theater in a few weeks with Hadestown, so the ladies were brushing up.

A Broadway musical that prominently features a trombone and mythology. Ce didn’t know such things were possible.

Neither did I, frankly. Should be an interesting show.