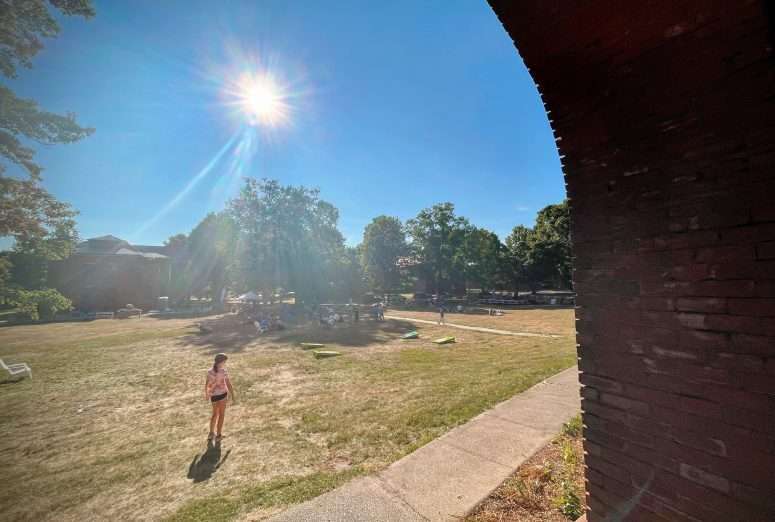 I had to bite my tongue this week. Ally is going to be a Broadway star. Or a pop star.

And I almost put on my rational Dad hat (ok, I rarely take that off) to tell her of course she would, but had she also considered accounting. Then I realized what a hypocrite I’d be. I’ve spent the entire lives encouraging them to dream big and they can be anything they want and now I’m going to hedge on that advice because the world is hard and I’m going to worry about them?

I was going to be in the NBA. I was reasonable about my talents. I saw my self as a solid sixth man with slow feet but good shooting, but definitely in the league. If that didn’t work out my backup was professional Wiffle ball. Neither of those worked out. And that wasn’t a reflection on me. It was the industries. Pro Wiffle ball still had to mature as a sport. I tried. I failed. I tried something else.

Permission to try. And permission to fail. And supporting them either way. That’s my aim.

With a rare summer weekend home without any big commitments, Michelle’s to-do list was off the charts but the big item was fulfilling a birthday promise to Cecilia and beginning the teenager room renovation.

After a week spent cleaning out closets (and discovering all sorts of memories crammed under the bed), this weekend was reserved for painting the walls.

If I enjoy a fulfilling Saturday trip to the transfer station, then Michelle likes nothing more than a 9 a.m. run to the hardware store.

Grandmother’s childhood bed (then Michelle’s and now Cece’s) continues into its sixth or seventh life. We’re ditching the princess canopy for thirteen and just going white. Ce has a whole aesthetic in my mind.

Luckily, Dash is already liberally spotted with white, so the paint on him blended right in.

Years of arts and crafts projects (and cleaning up glitter) finally showed some real world application! They knocked out the purple accent wall in no time.

Even though painting was the primary agenda item, Michelle still had a list of transfer station items for me to haul over.

Turns out there is an expected etiquette for the new swap station drive thru drop off lane. An etiquette no one really knows but the attendant. And she is not shy about lecturing you.

I bit my tongue again. No reason to get banned from one of my favorite places in town.

Given that it was an almost perfect summer day, we eventually convinced Michelle to postpone the rest of the list and do something a little more fun. We headed over to the State Hospital grounds, and future home of the town’s arts center, to soak up some music.

Turns out, the generic warning on the events page about potentially explicit lyrics was not just something the lawyers made them post.

One of the bands was a punk outfit from Providence. And the lead singer was dedicated to her art. She was not going to let a sparse suburban crowd full of dogs and toddlers censor her.

To be fair, that dedication, I think, did win over most of the crowd by the end. The sheer incongruity of watching two-year olds bop around in the sun as this woman liberally dropped f-bombs was too absurd not to laugh at.

And, I gotta admit, I was humming the song as I later brushed my teeth.

Someday, the old hospital chapel will be renovated into a performing arts space but Ally wasn’t going to let some peeling paint stop and dust stop her from getting an early start.

We finished off the night with some dinner on the couch and checking out the new Iron Chef on Netflix.

I still enjoyed the actual cooking part of the show but the once unintentional camp now feels very forced.

It’s 8 a.m. and Michelle is upstairs taping down drop clothes. Gotta go. Have a happy Sunday!