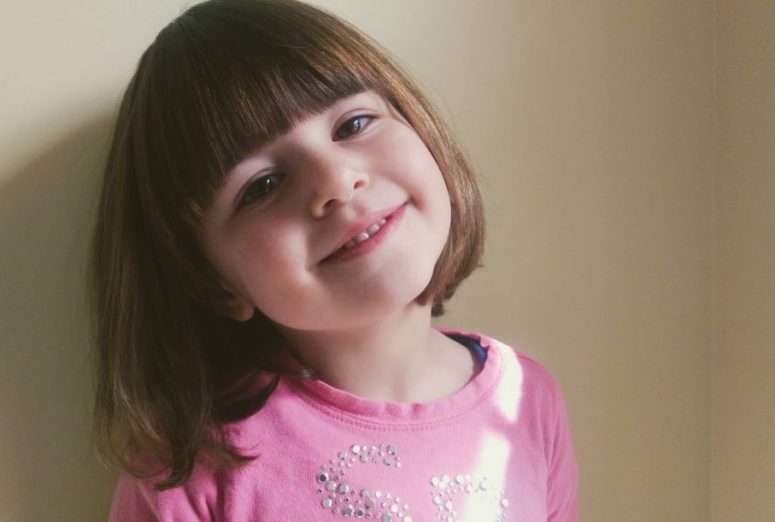 After the spring-tease last weekend, the temperatures plummeted last night and it’s back to feeling like we have a long way to till spring. Dominoes night tonight at our house which meant a lot of cooking and prep to get ready. We try not to stress about these nights. It’s supposed to be fun. Nothing worse than making yourself crazy by stressing out over having friends over. Still, probably best to clean up the laundry, school bags and random sparkly shoes before they arrive.

We started the weekend with….what else some sister couch time, a few shows and a strawberry pop tart. 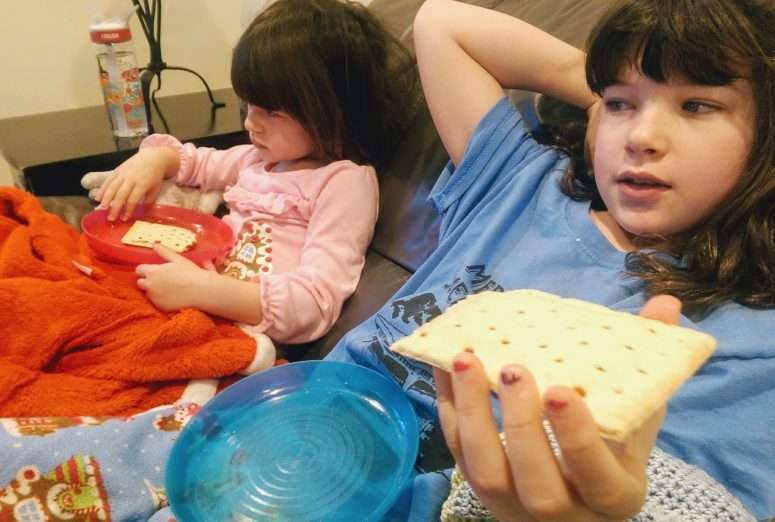 Ezekiel bread, half an avocado and some sea salt. Is there a better breakfast before a long bike ride? Maybe, but not one much yummier. 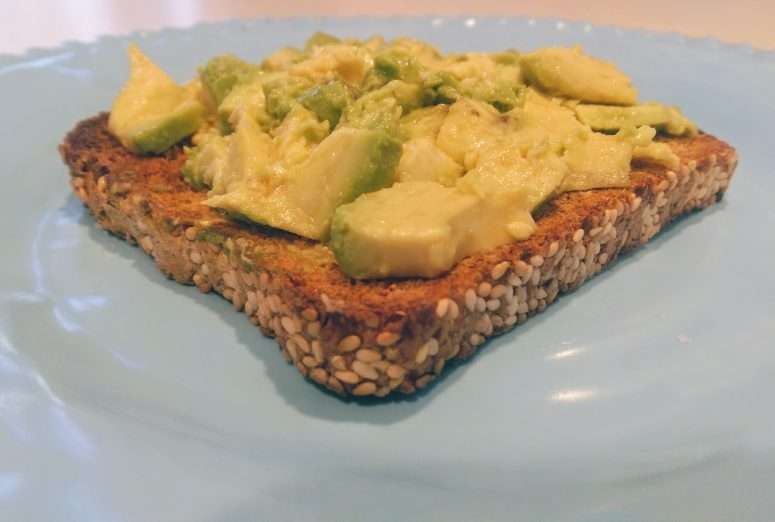 Pro parenting tip: Best to get the piano practice and any weekend homework done early in the day. It doesn’t totally eliminate the drama and tears potential, but it does drastically reduce it. 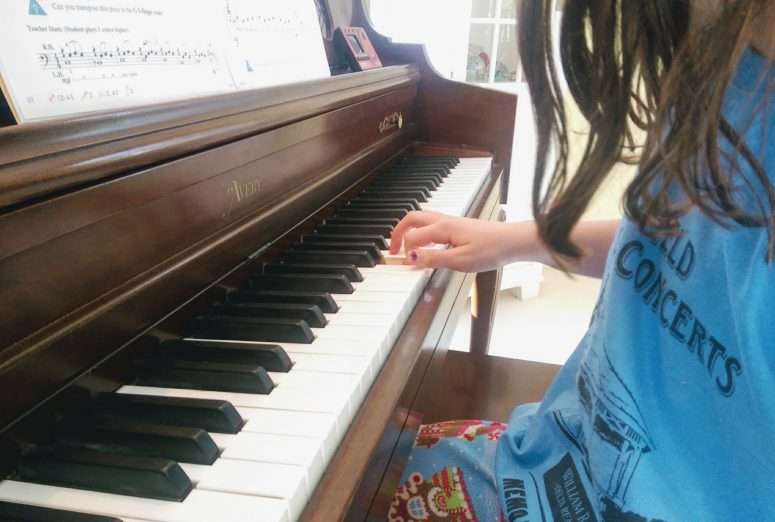 We are hosting dominoes tonight and I spent much of yesterday shopping and making food. Our dominoes nights are dinner parties that we rotate around between a group of friends. Each family has kids about the same age (we met at day care), so we get together every couple months to eat, drink and, yes, play dominoes. For our turn, we declared it a Mediterranean theme, so I spend much of yesterday up to my elbows in chickpeas. This morning I made the falafel. 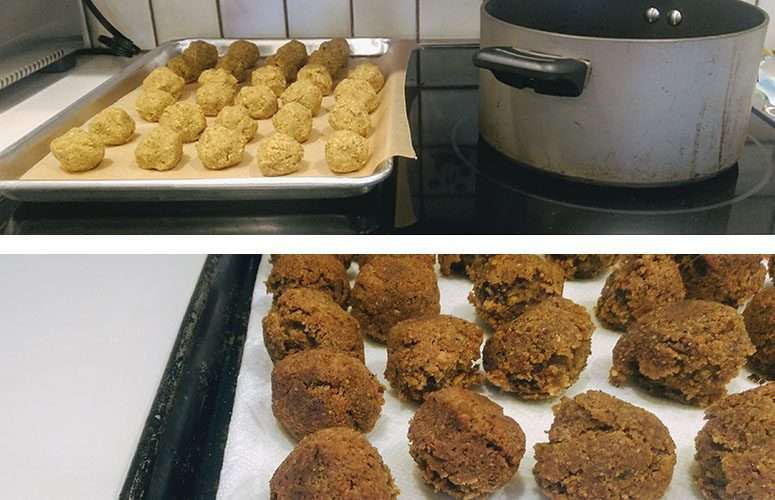 Who knew when we bought this nice gray arm chair to match our sofa in the family room that it wasn’t a chair at all, but really disguised as a fancy, expensive dog bed. Other than a lap, this is Dash’s favorite favorite spot in the house. 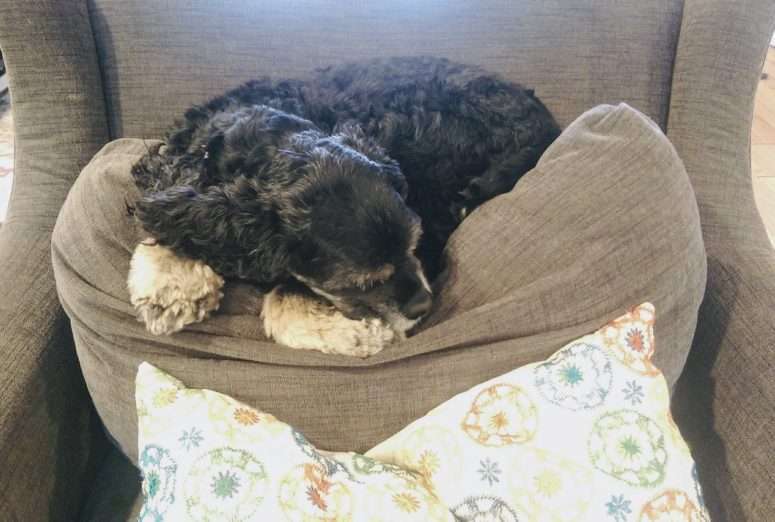 While the girls headed off for dance class with Michelle, I had a trainer ride to do. 90 minutes on TrainerRoad of Frissell +1 (that’s the workout title, your guess is as good as mine), 5×9-minute intervals at 95% FTP with recoveries of 5 minutes at 50% FTP. Here is a sweaty selfie of me at the halfway mark. I watched some track videos to stay motivated and started watching episode one of A Series of Unfortunate Events. 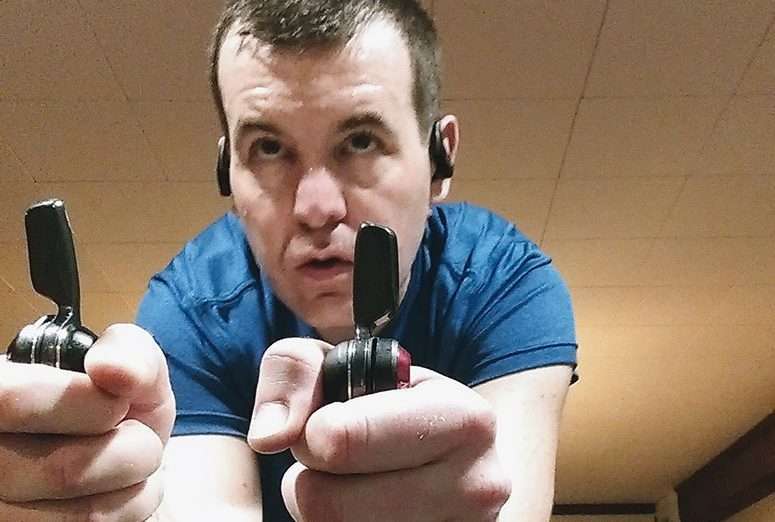 After a shower, I woke Dash from his nap and it was outside for a bitter cold dog walk. My phone melted down so I lost the photo of Dash enjoying his trails, but trust, while we didn’t see many other dog friends out, he had a good time. And the best part was that when we got back to house, Chelle and the girls were back and they brought lunch from Blue Moon. Veggie and hummus wrap for me (with extra pickels!). Mac ‘n cheese with chips and half a cookie for the girls. Blue Moon is the best. 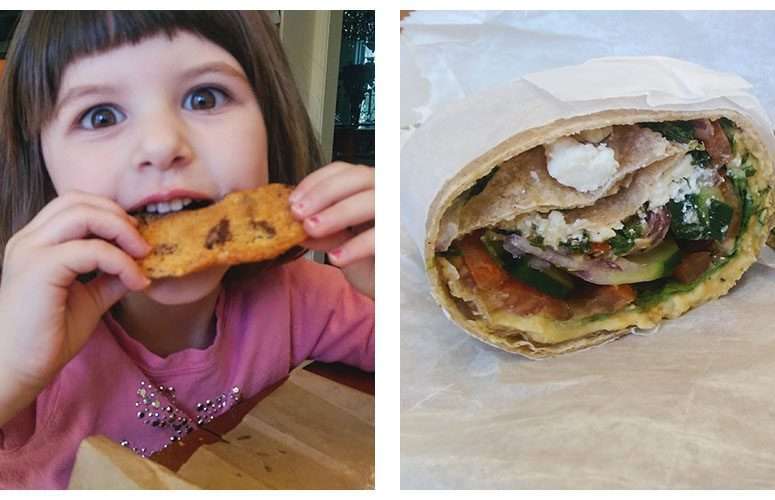 There might have been a quick nap after lunch. Then it was final prep for dominoes night dinner party. Salads to chop, flatbreads to make, octopus to braise and grill, falafel to fry. That last one didn’t go so well. the falafel ended up dry, but everything else was tasty. The smaller octopus worked really well. Nothing was overly chewy, just tender and charred. Seven of eight were adventurous enough to try it and six appeared to genuinely like it. 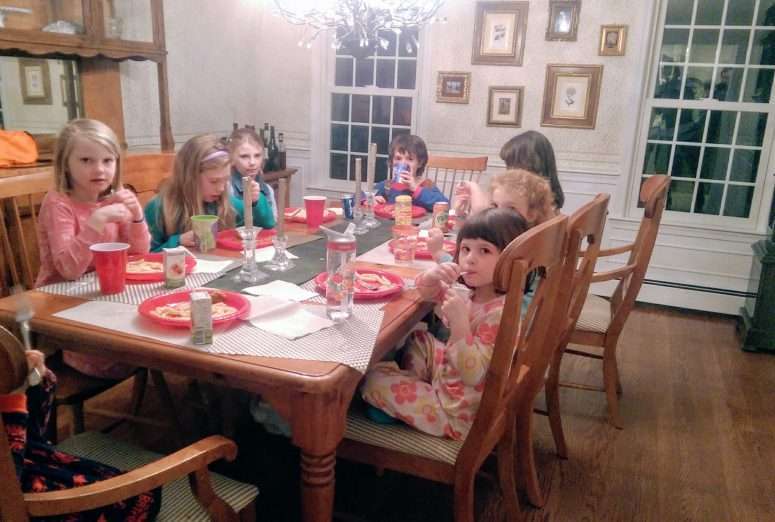 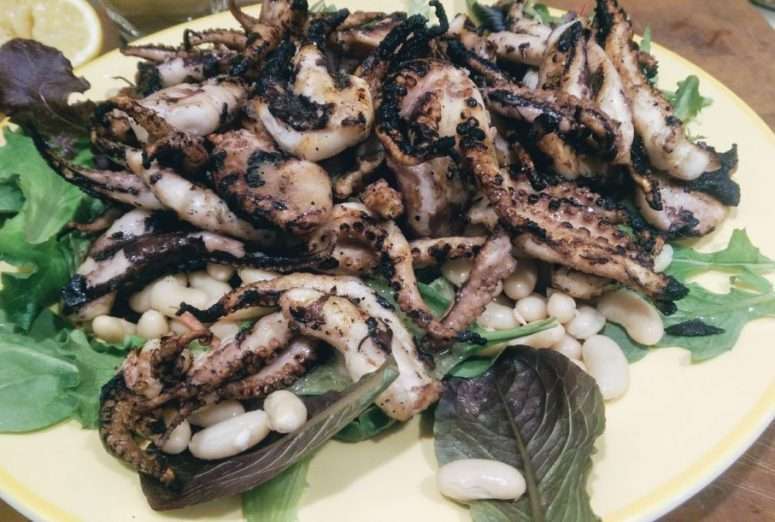 Unfortunately for me, the dinner prep went way better than the dominoes. Just nothing went my way. Oh, well. Still a good night with good friends. 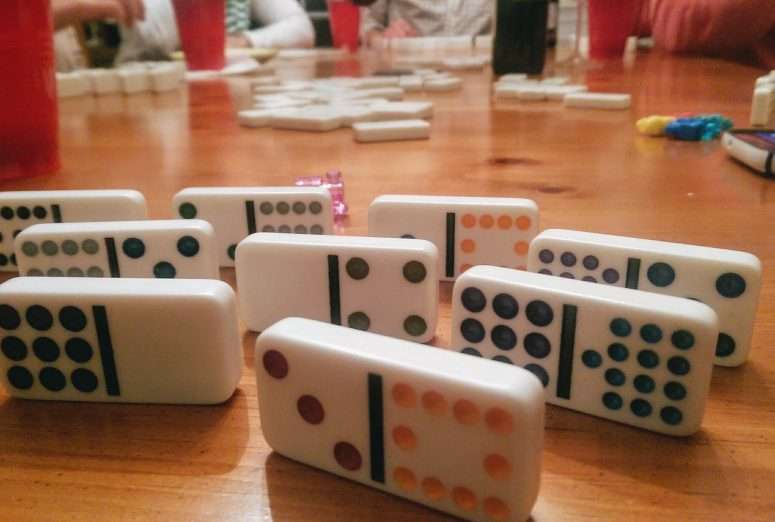