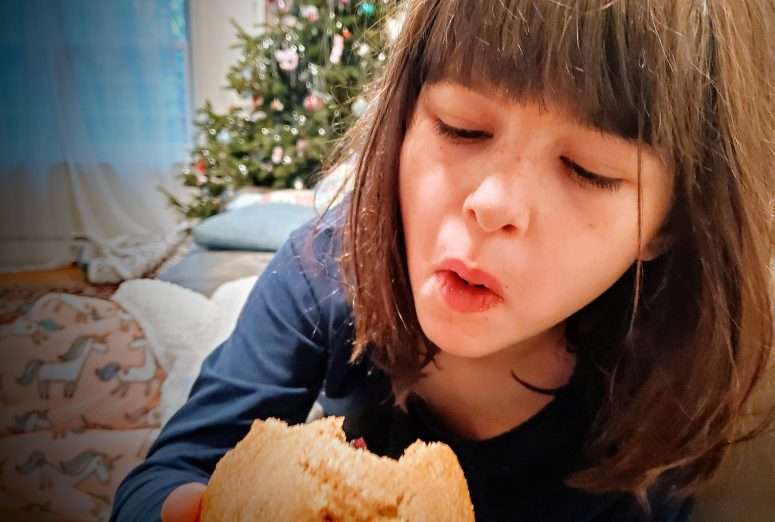 Around New Year’s it’s impossible not to think about time. Time missed. Time passing. The last year brought an avalanche of missed trips, missed moments, and missed milestones but sitting on the couch New Year’s Eve trying to fit in one last glass of champagne before a dry January, it was easy to remember that if you are only looking for the big events, you’re missing a heck of a lot.

My parenting resolution for 2021 is to not forget that feeling, to not to constantly look for an Instagram result and just try to enjoy the daily parenting… struggle and take some reward from that. It’s easy to have this thought bleary-eyed with a glass of champagne, probably harder on Tuesday afternoon juggling Zoom log-ins and sixth grade science slides talking about thermodynamics.

But better to go for the obvious, big parenting belly flop than something completely unrealistic like getting the girls to actually shut off lights when they leave a room.

Hard to think of a better way to start your day than some quiet couch and Ina time. This would soon pay off in ways I didn’t anticipate. I went off for a soggy morning run and returned to find… 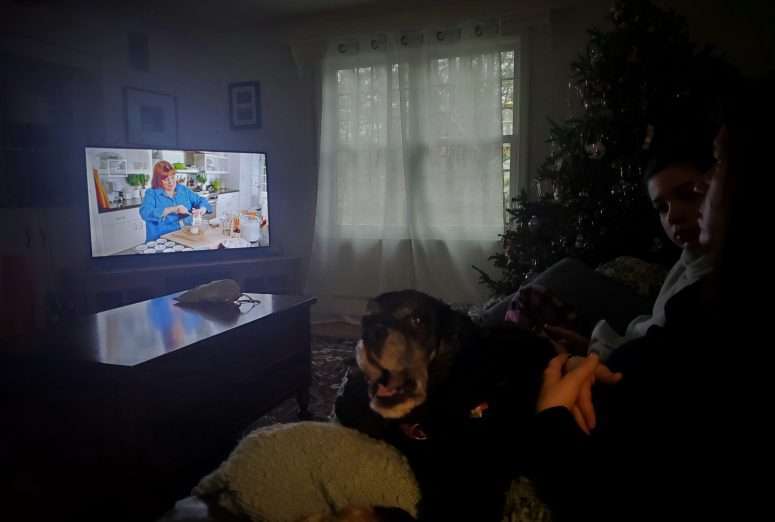 …Cece had been inspired by the Barefoot Contessa and made whole wheat blueberry muffins. I am not one to reserve my feedback, just ask Ce, but could find no fault with these baked goods. They were really good. And not, I’m your Dad, I’m obligated to say that. Legit, Jordan Marsh is giving you side eye and please take them away before I eat three more. 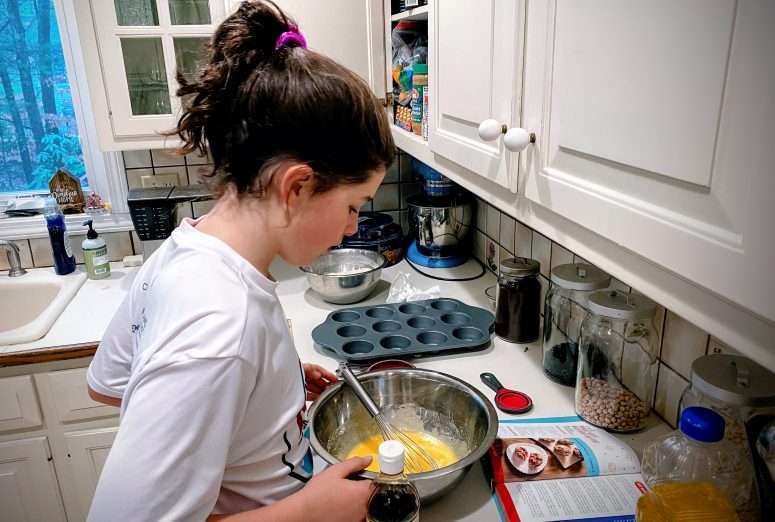 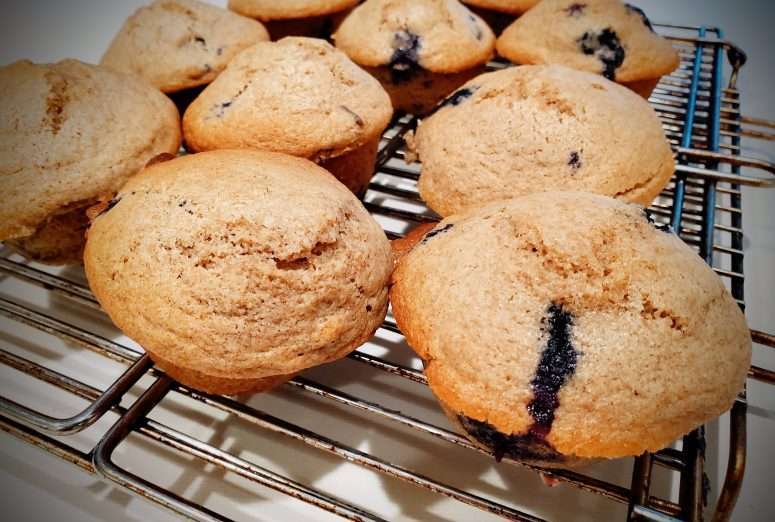 Unfortunately, there was a side effect. Fueled by the muffins and energized by her own workout, Michelle set about not only taking down the Christmas decorations but also tackling the basement storage room. Much of my day was subsequently booked up running and back and forth from the transfer station.

However, it did signal to me that it was now okay to start vacuuming up the tinsel. I did not grow up in a tinsel house. Michelle did. We have tinsel during the holidays. It drives me batty. It’s glitter’s nefarious cousin. It’s eggnog to milk. It’s the unwelcome Cousin Eddie of the Christmas season.

I don’t mind the look of it on the tree but despise the sneaky way it migrates around the house and eventually ends up in your underwear drawer. So between shuttle runs to the dump, I took some satisfaction in sucking up those sinful silver strands. 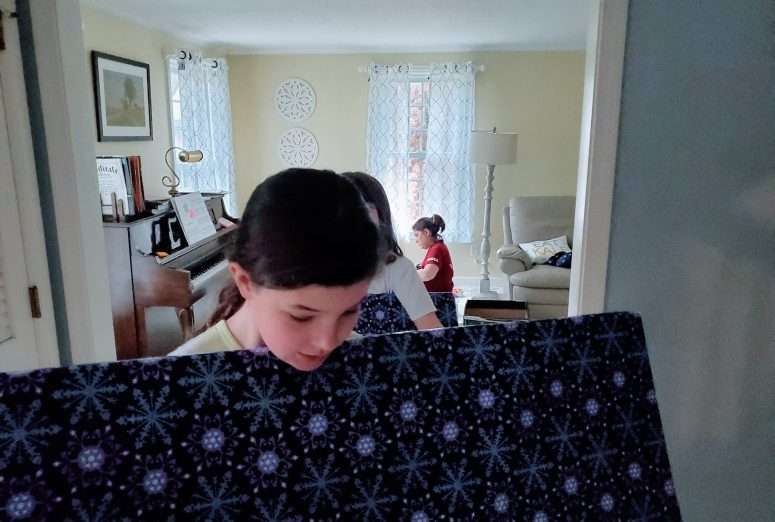 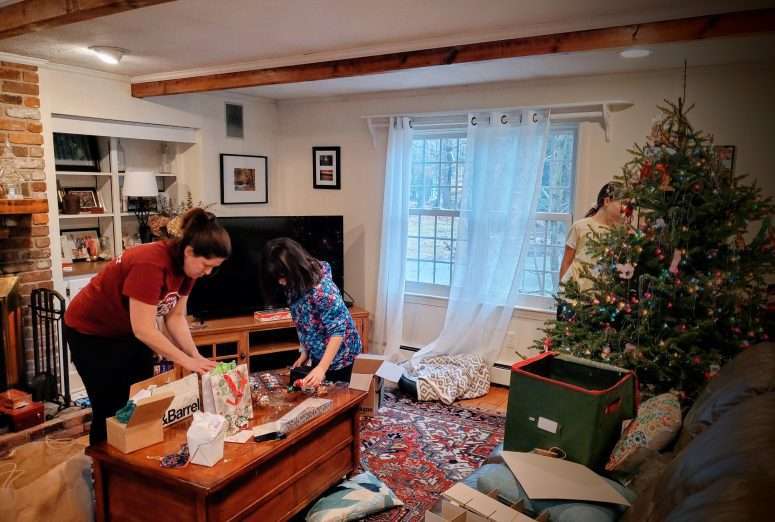 Dash was happy to see his nemesis go back in the box for another year. 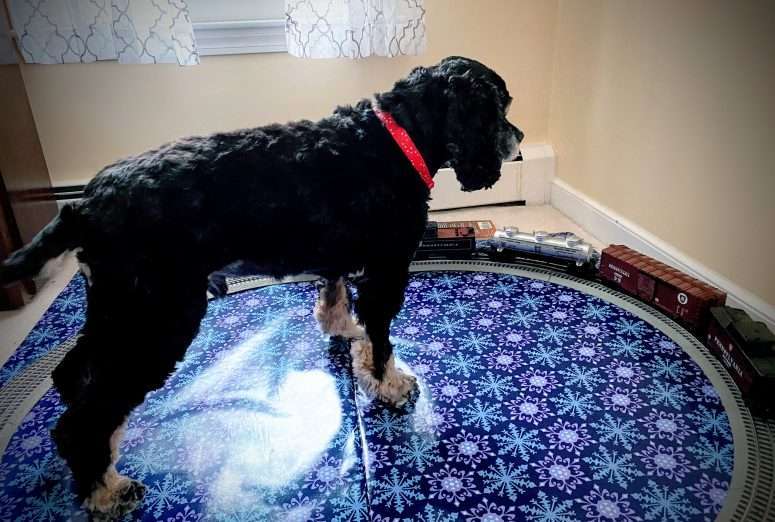 Not sure what this play time activity entailed beyond making me question if we’ll make it through our alcohol-free January. 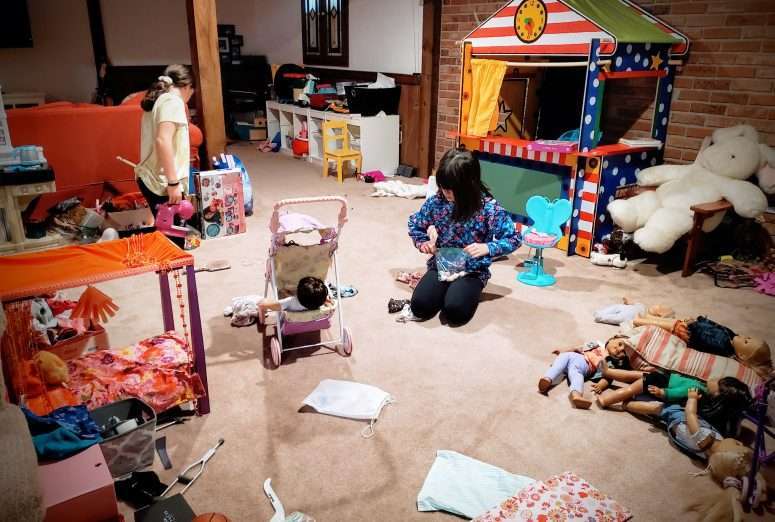 Not my best packing job, but I got the door closed. When I came back and told her the transfer station was also open on Sunday this week, I thought she might faint from happiness. 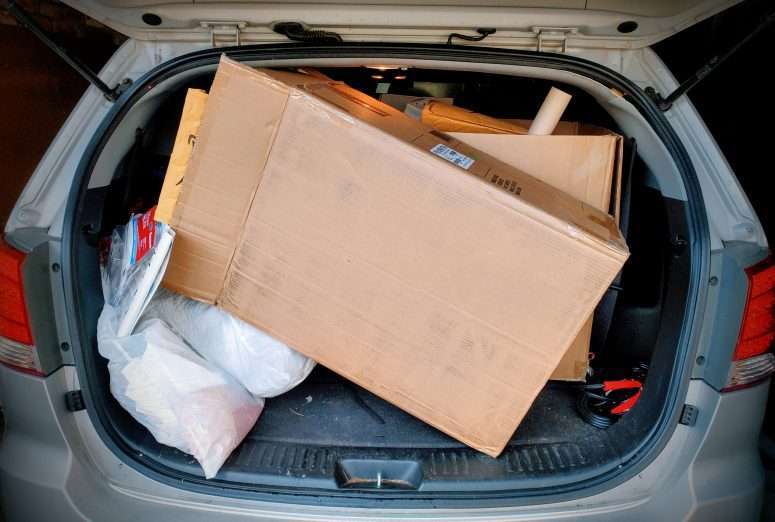 He’s never been one to try to drink out of toilets but if you leave a glass around he’ll happily drink ‘human’ water even if he has a full water bowl within five feet. 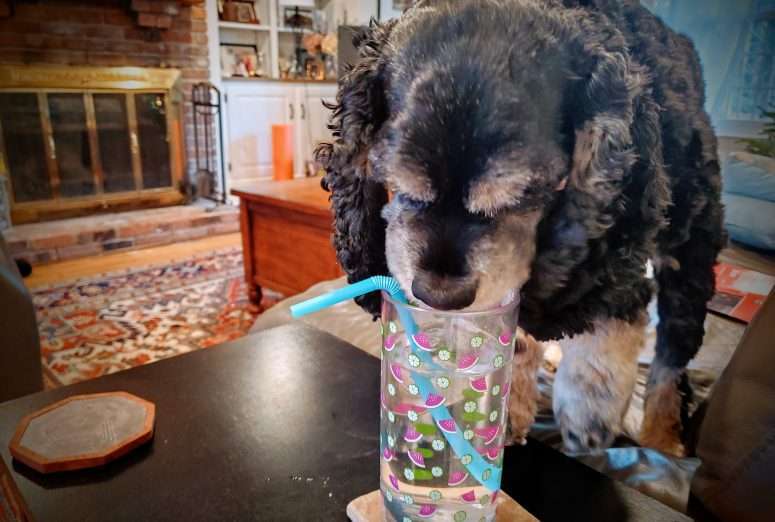 A nice view from the rarely seen clean rigid plastic corner of the transfer station. 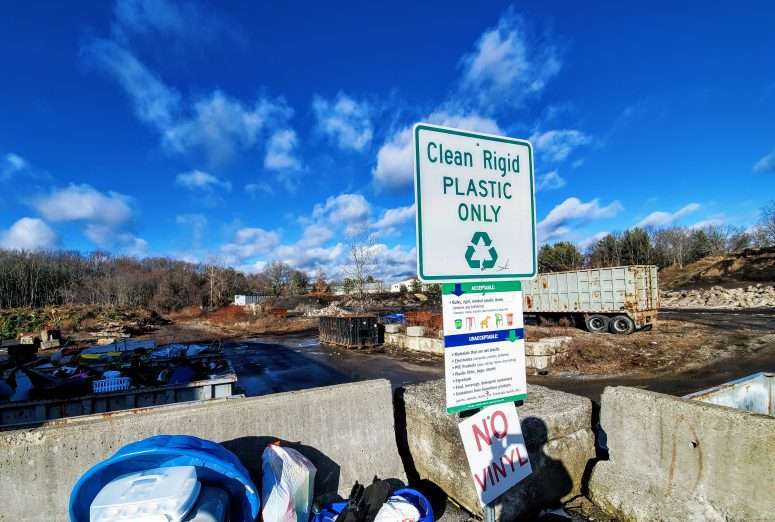 I don’t know the origins of the M&M man, sort of afraid to ask in case it involves a felony, but he appears, usually at night, for friend’s special occasion. In this case we dropped him off during the day, much to Cecilia’s chagrin but, Happy Birthday, Rob! Rob and I met in college and other than his brief, misguided move to Waltham in the mid-aughts, we haven’t lived more than 5 miles apart in 20 years. He’s lived through all the blog iterations! 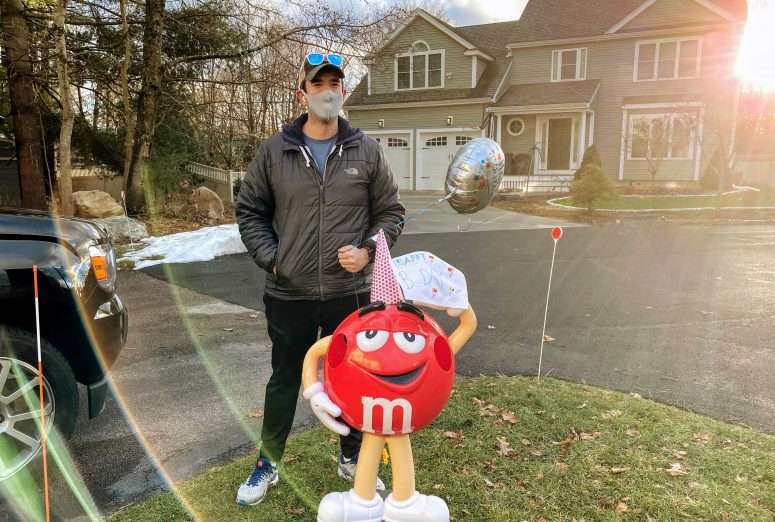 The other parenting resolution is more tactical but just as prone to a belly flop. New goals alone won’t create results, you need to change your behavoir so I’m not making separate kid meals for dinner (some special considerations excepted – like French onion soup night – does any eight year old like French onion soup?).

We didn’t make it easy on them and started with a slow cooker, clean out the fridge, stew. Ally took it as a chance to work on her acting. I’m so excited for dinner tonight, Dad! 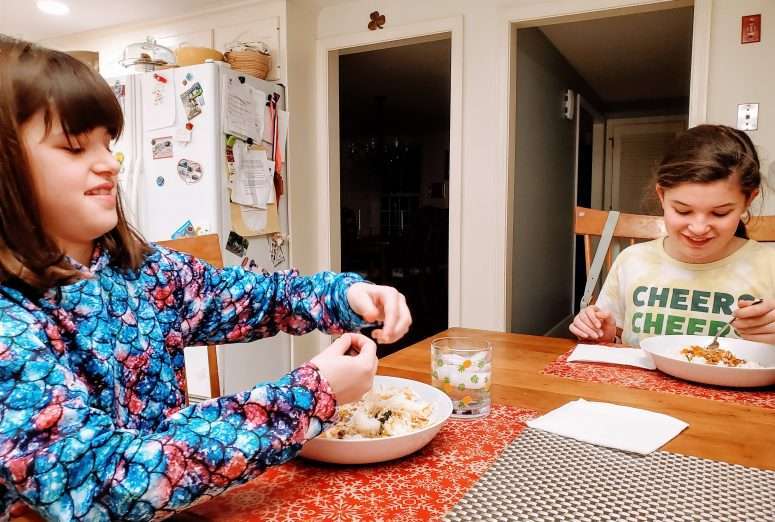 I think they’ve burned through all the dancing and ballet shows on Netflix, Disney+ and YouTube. I found them watching a British show about a couple renovating a chateau. 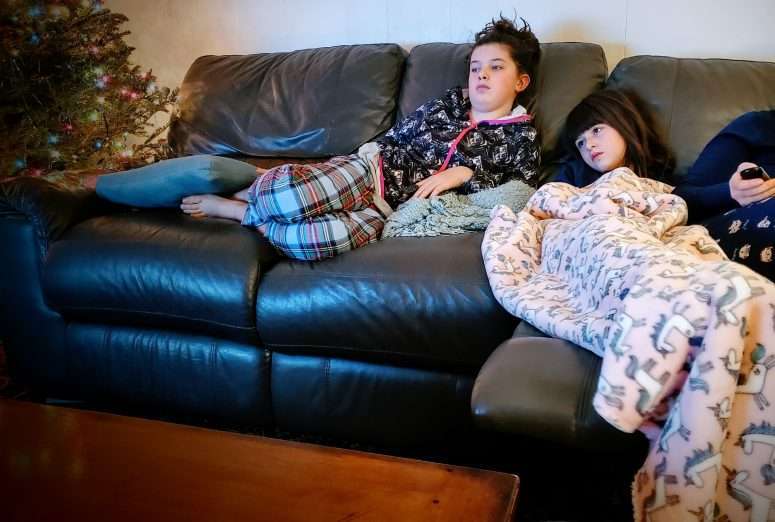 I snuck off to the kitchen to find out if there were any muffins left. Happy 2021!