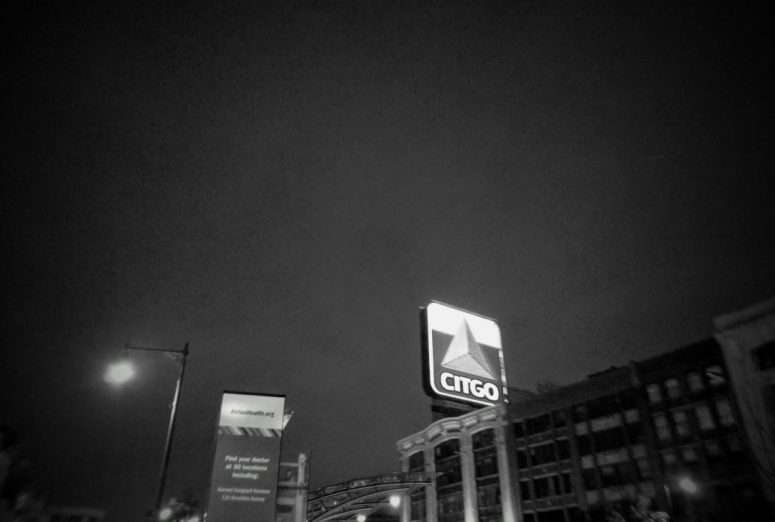 Cecilia lost her last baby tooth this week. One more childhood ritual done. One step closer to manic teenager. Maybe because it’s rather innocuous, not scheduled, and not typically celebrated with a Hallmark card, it caught us all a little off-guard. Or maybe it was just the end of a long Tuesday and the wine wasn’t open yet. Either way, it was a bit emotional.

Cecilia wrote a long and sweet good-bye letter. Fidget Windwand (the nom de plume of our tooth fairy) wrote a poetic response. We’re at the awkward stage where we are not totally sure is she is playing us, hanging on (for the cash), or genuinely believes.

I’m sure we’ll have plenty of years in the near future where nothing will be cool and astonishing and being a child is for babies. I’m happy to wait on that. For this last night, we were all believers.

I was going to say the cold, rainy and raw weather kept our usual Saturday antics pretty mellow but I actually think it was the fact that Michelle (and all her to-do items) was gone for a girl’s day/night in the city.

I woke up to find these two reading. Hard to complain about that start to the day. 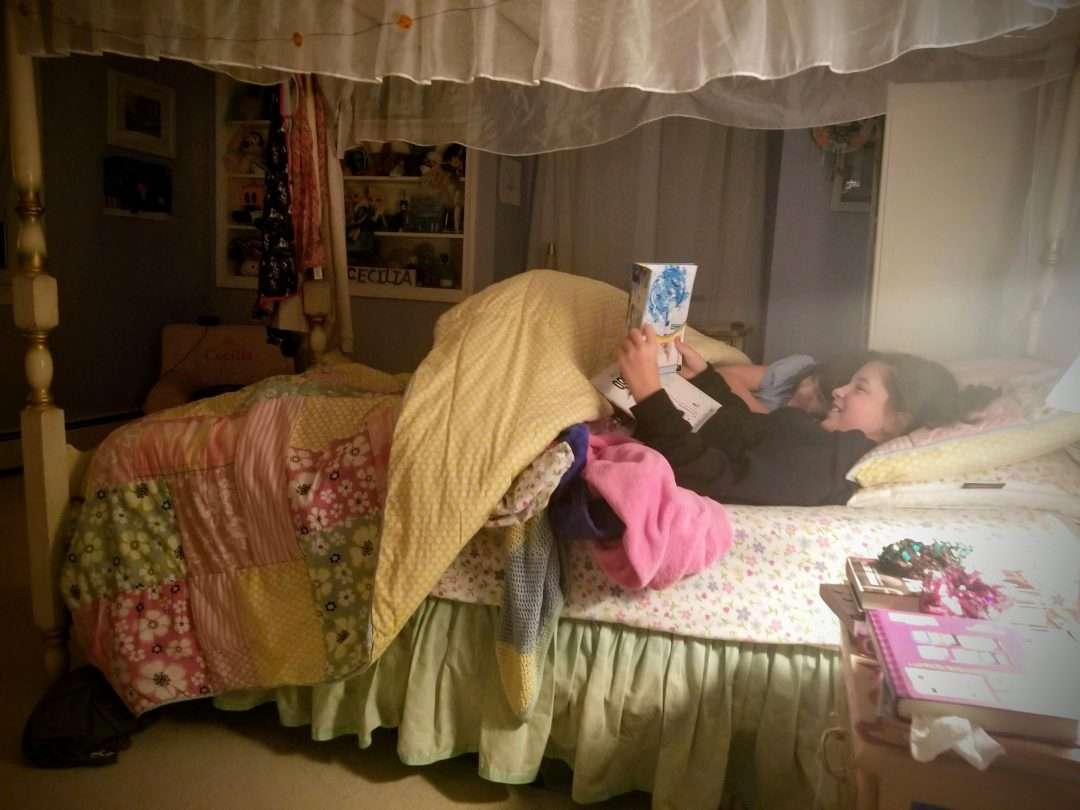 Eventually, they made it down to the couch. I need to learn from these girls about how to really attack the first pastry of the day. 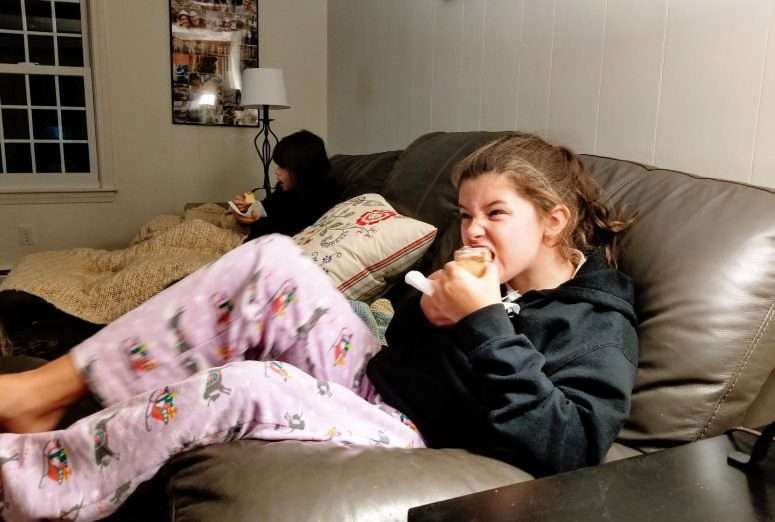 These are the days you need a group to motivate you out of the house for that run. It wasn’t so much that we were running in the rain as running through the rain. 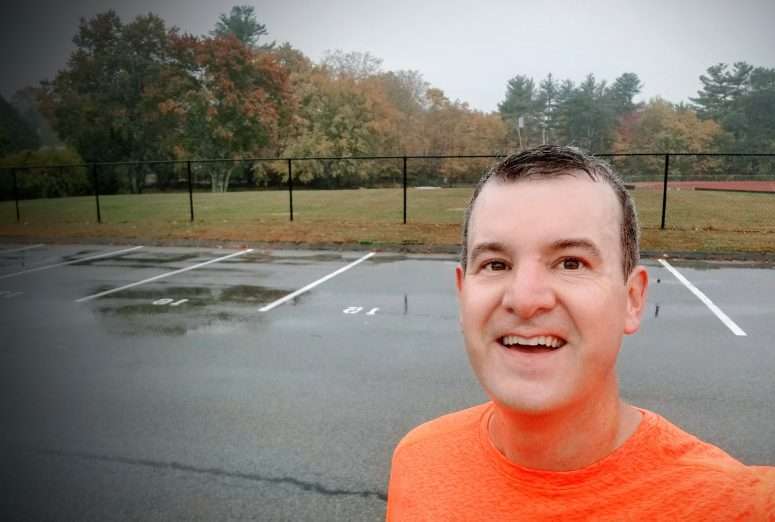 After the run, we headed out for breakfast and to try to solve a small local mystery.

Over a year ago, our favorite local diner closed for renovations. It’s remained closed ever since. This was the place were the girls had become ‘regulars’ and they loved that the cantankerous waitstaff knew both them and their order.

We were worried it was closed for good. They have a sister restaurant a few towns away (which led to a confusing conversation about sister in this context) to try to get to the bottom of it. And we did. Sort of. Turns out money got tight, schedules ran long and the owner is now trying to do some of the finishing work himself. Sounds like commercial and residential renovations projects have similar issues.

Girls were just happy to know they might  get their diner back in a few more months. 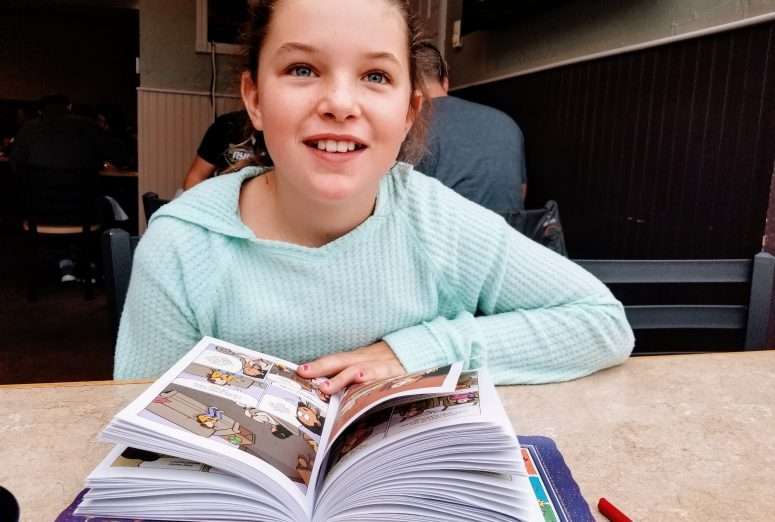 We’ve reached the tic-tac-toe stage where it’s always a tie but Ally continues to want to play. 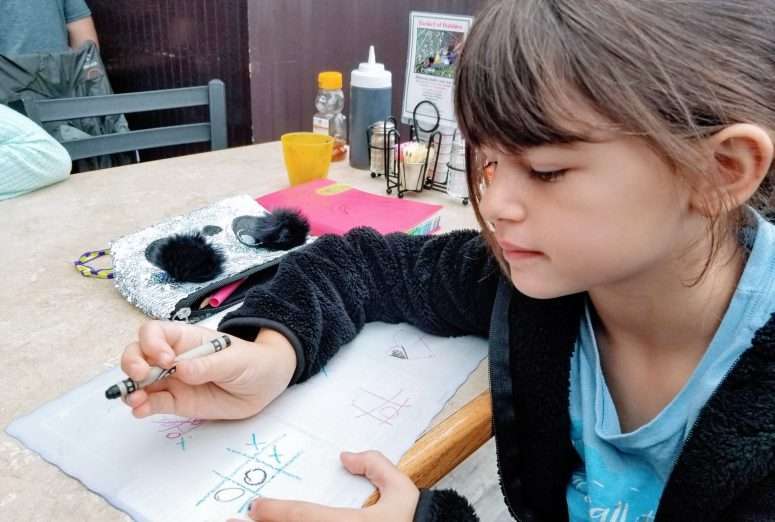 After breakfast, we retreated back to the house and the girls’ dolls had a ‘girl’s night’ in the basement. I didn’t stick around long enough to see if they went to the spa, too. There was definitely karaoke. 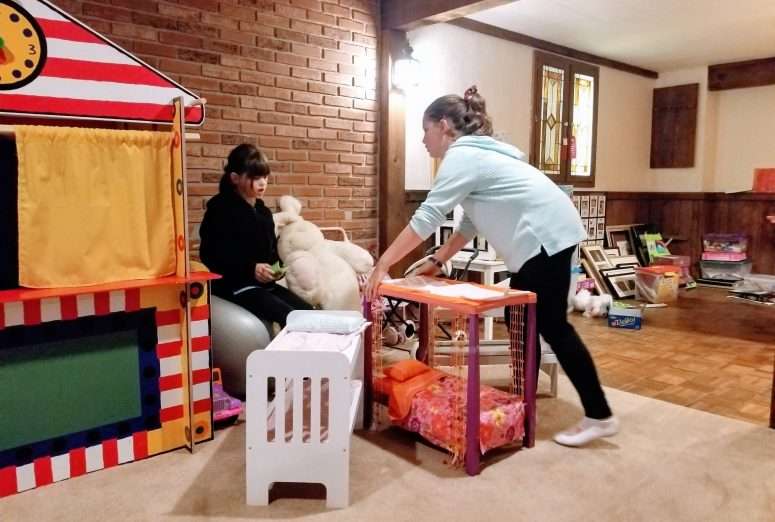 Ally has a love/hate relationship with a big sister that can help her with piano practice. Today was a love day, thank god. 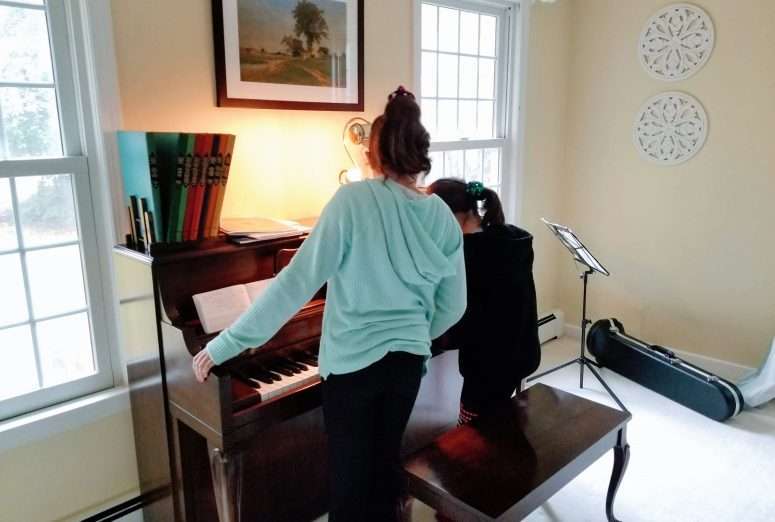 Given all the interest last week, here’s a quick snap while I dropped off this week’s trash. As usual, the classical music was pumping for all the drop-offs. 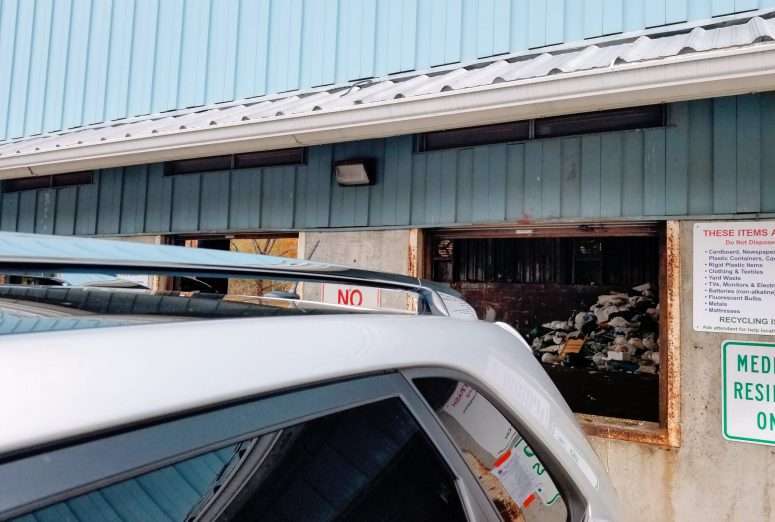 The rain finally let up enough that Dash wasn’t scared of melting and we got him a quick walk. I made the girls run him up and down the hill a few times. 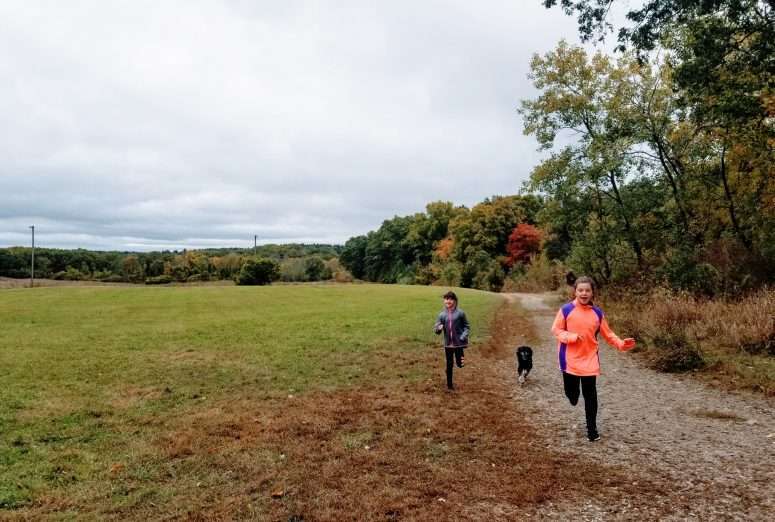 It wouldn’t be a Saturday without Ally spending sometime in her craft corner (and scattering bits of paper throughout the house). 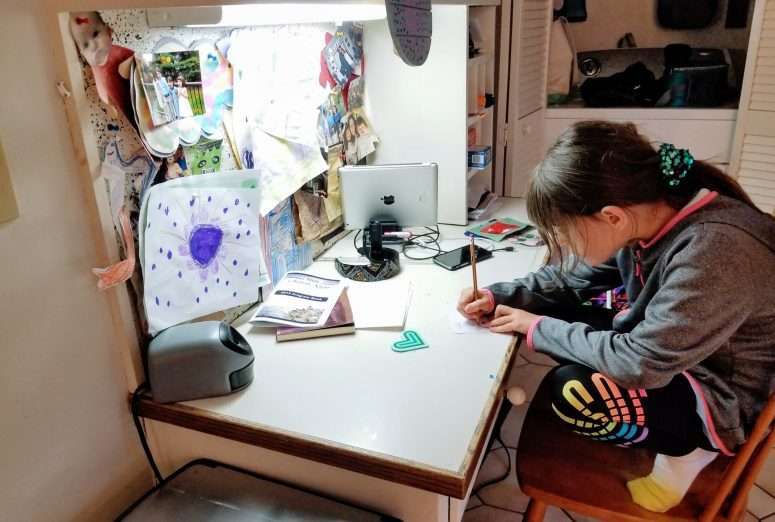 While the girls tried to rally their dolls for another night out in the basement, I tackled some copy edits. Thank god for editors. I will never get the lay versus lie choice right. Nor totally understand the necessity of the Oxford comma. 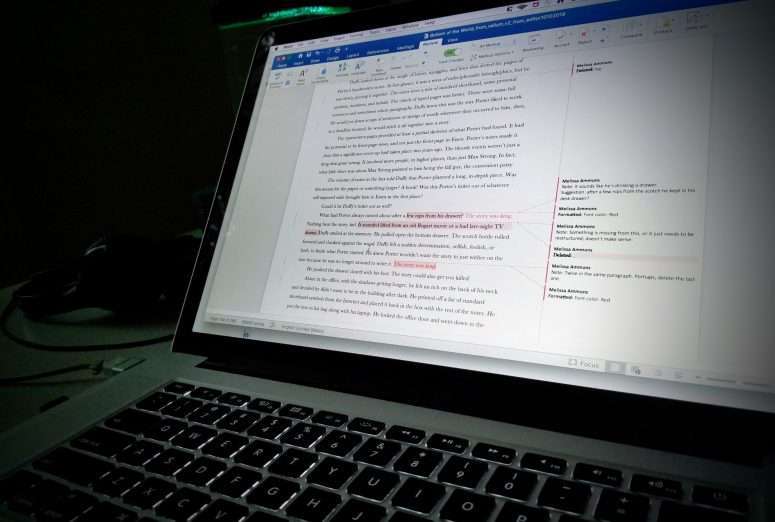 Finally, the sitter arrived (wasn’t allowed to call her a ‘baby’ sitter) to much fanfare. Ally had a lot of questions for her but I ran out before I heard the answers. We hit up Island Creek. The oysters lived up to the hype. 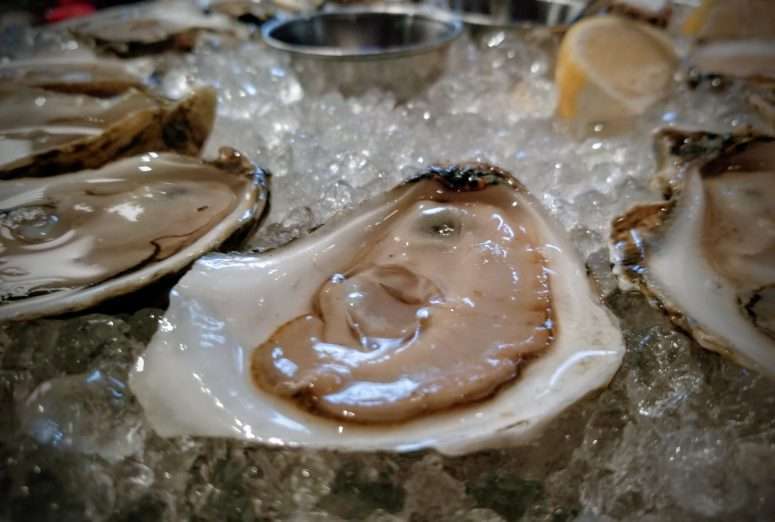 Sadly, the band did not. Not totally. Can’t decide if I’m just getting to be cantankerous old man myself or if his strutting and Beetlejuice pants distracted me too much from the music. 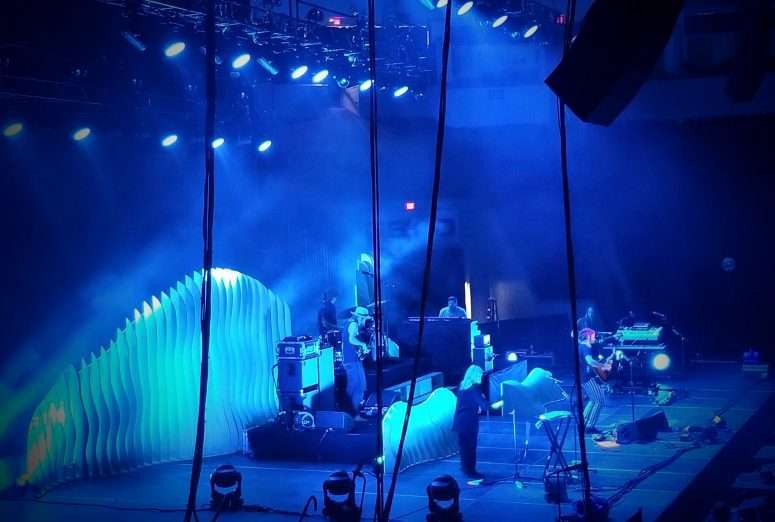