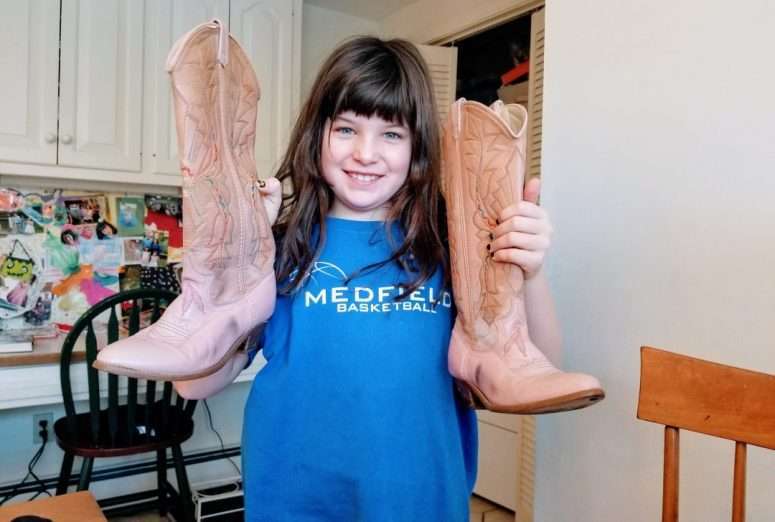 With the holidays over, we are back to daily flashcards, piano, spelling and reading practice. As you might guess, Cecilia is thrilled. Even though each one takes 15 minutes or less, it’s usually a source of drama, but I’m a big believer in consistent, deliberate practice to learn new things. I believe it works, but there is a dark side: it’s not fun.

It’s hard. Sometimes it hurts. Most of the time it’s miserable. But it does work. I just haven’t figured out how to explain that to an 8-year old.

We started the day on the couch and taking down the last of the lights so we could get the tree to the curb (or an approximation of where the curb is since it’s under feet of snow) for the Boy Scouts to pick up.

Sidenote: if you struggle with screwing a real tree into a stand and getting it to stand up straight, I highly, highly recommend this stand. So simple. It may have saved my marriage. It definitely saved us therapy costs. 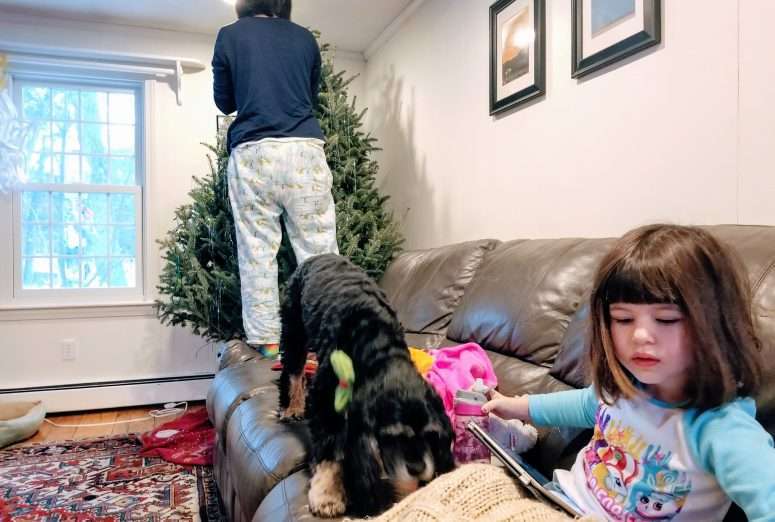 Cecilia is on a real muffin kick recently. Today was cinnamon chocolate chip. I like Ce the short order cook, but she’s also adding to my waistline. 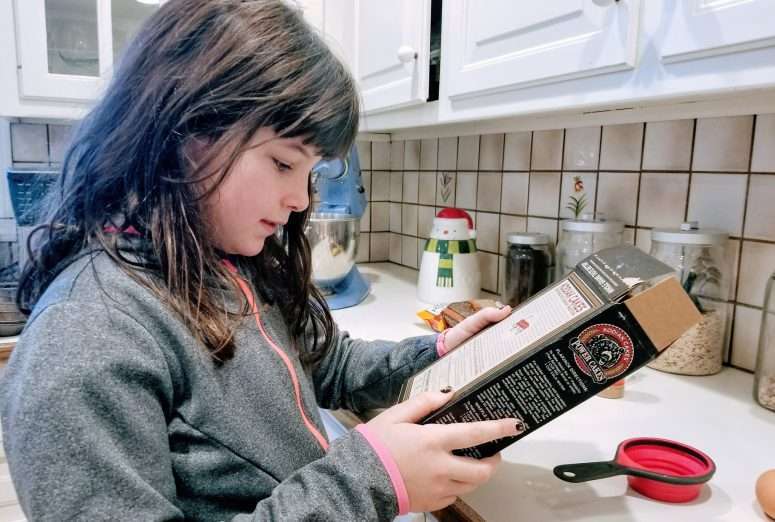 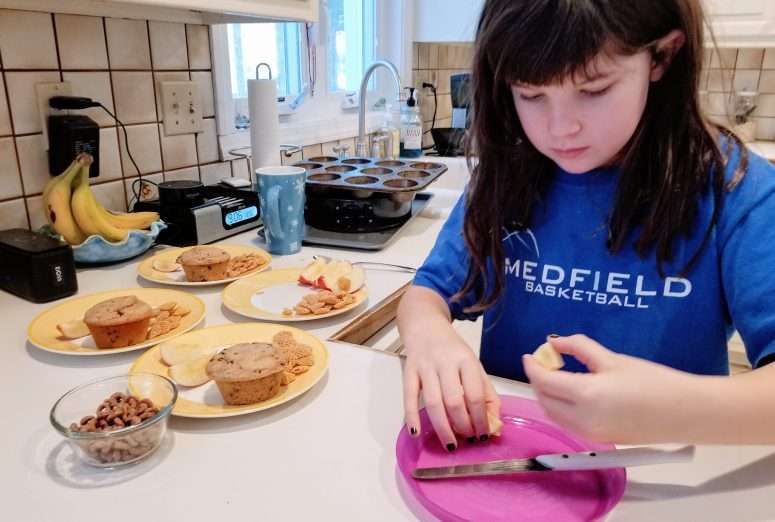 Ally held down the fort on the couch. She is the type that would show up as weird click-bait headline on CNN or Facebook about a child that stayed on the couch for 56 straight hours watching Netflix. 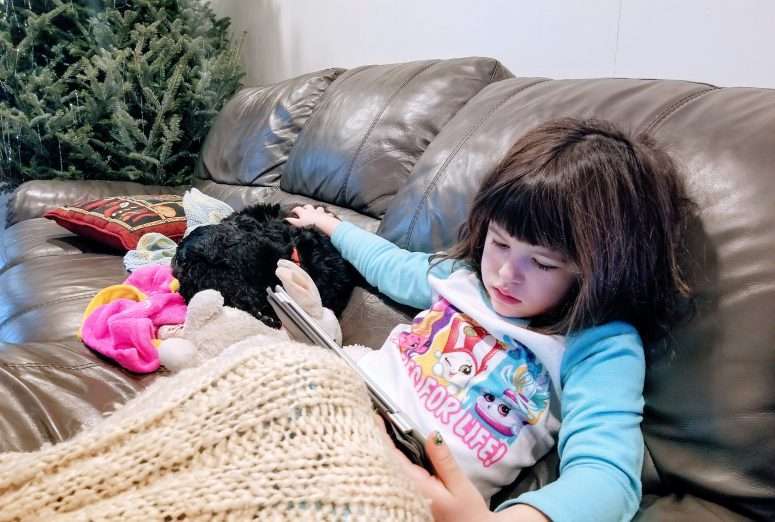 One thing about having parents that are downsizing, you never know what you might come home from the holidays in your trunk. Case in point, Michelle’s sweet pink cowboy boots that (for better or worse) fit Ce perfectly. They would remain on the rest of the day. 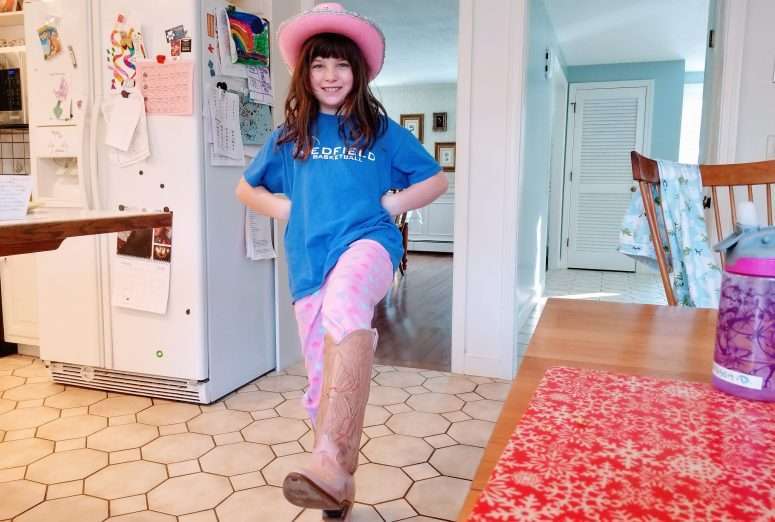 Almost time for Ally to start piano lessons. Can’t wait! We are doubling our chances at a prodigy, but also doubling the practice drama! 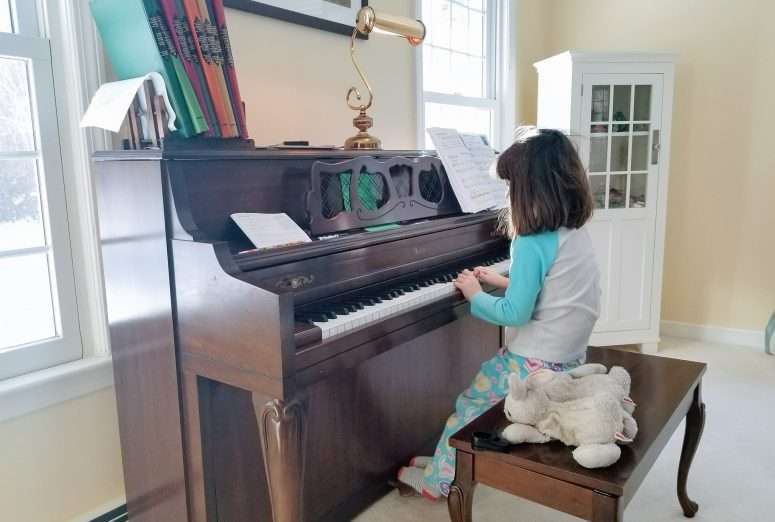 Still has the boots on! She got Tenney (American Girl doll if you are lucky enough not to know) this year for Christmas and is currently in a singer-songwriter phase. 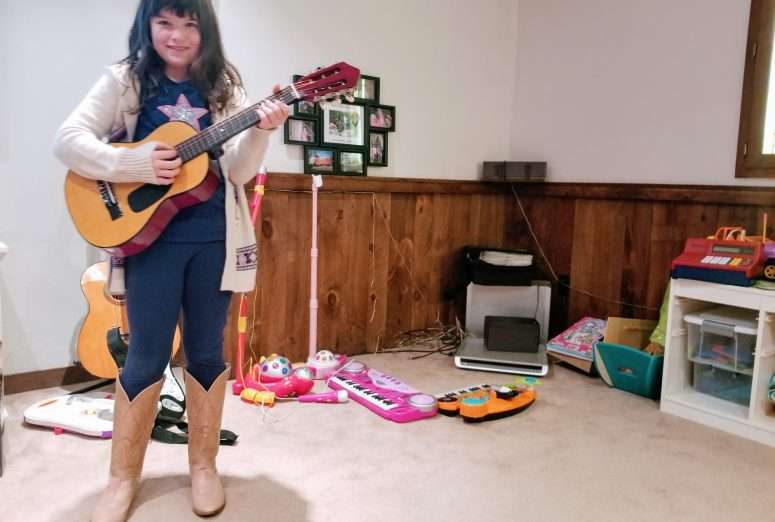 While the girls were playing, Michelle and I squeezed in a workout. This video says ‘booty’ quite a bit. Ally found that hilarious. 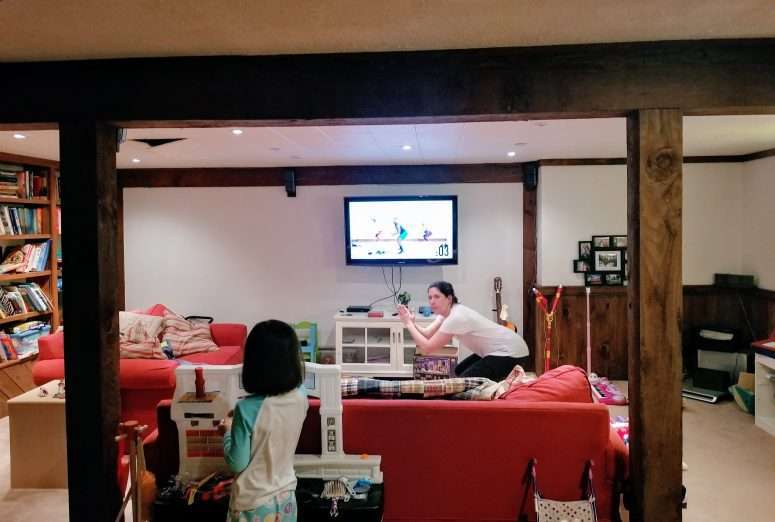 Flourless chocolate cake with glaze to bring to friends’ house. It tasted as good as it looked. 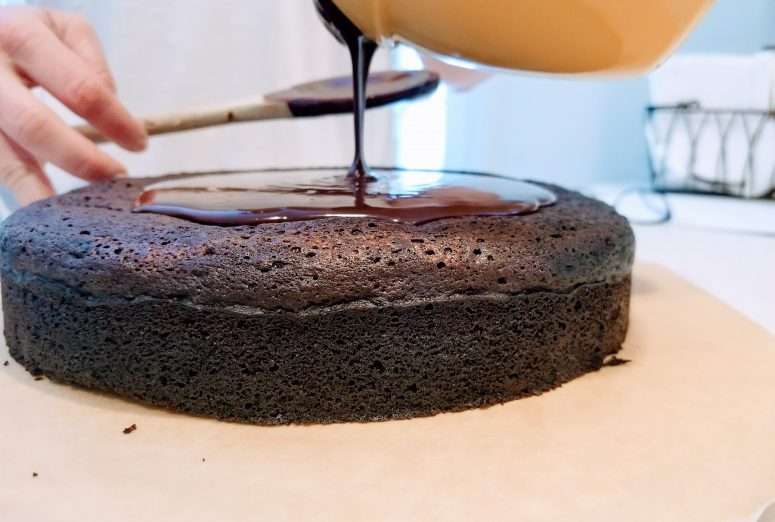 Eventually we had to put Ce outside for everyone’s sake. 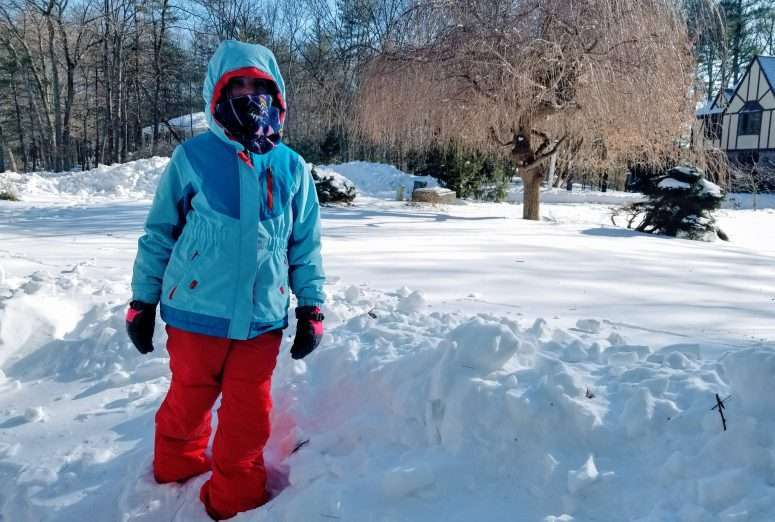 Allison is not made for the outdoors. She literally almost fainted from being outside on Friday. She took off her gloves and then got a “frost bite.” She wisely stayed in today and played (not on a tablet). She often plays next to my desk while I work and I find her imagination inspiring. 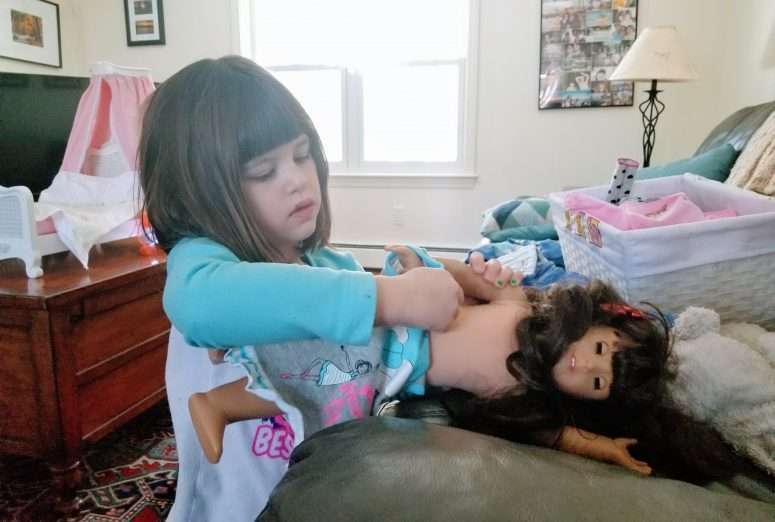 A few months ago, Ally and her besties at day care hatched a plan to have their own movie night. She was very excited and talked incessantly at dinner that night about it. I thought that would be the end of it. Most of these things burn out after a day or two.

Nope. Not this one. They had this film festival-get together-play date in their head and it was going to happen. They mentioned it daily, weekly, to Santa. Last night it finally happened. 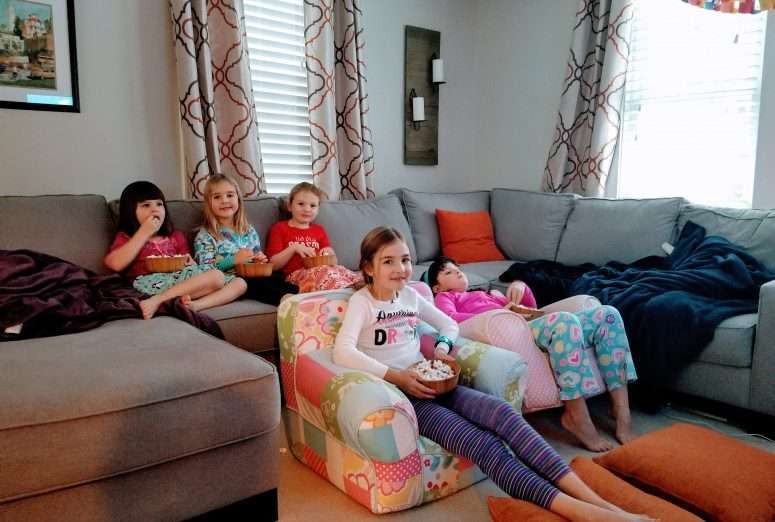 As the night wore on, there were less movies and more dancing and fort building. I think it was a success. They were certainly pliable and easy to put to bed by the end of the night. 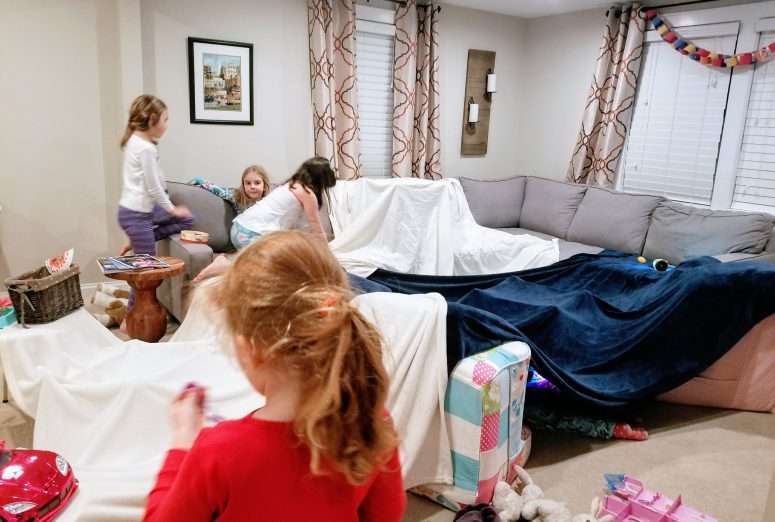 Parenting shares a lot of similarities with deliberate practice. Much of the success depends on consistently putting in the time and doing the work. You are often rather miserable or questioning your own judgement. Then there are brief spikes of happiness and competency. Those spikes can paper over a lot of heartache.

The kids will be up again in less than eight hours. I’ll be there.