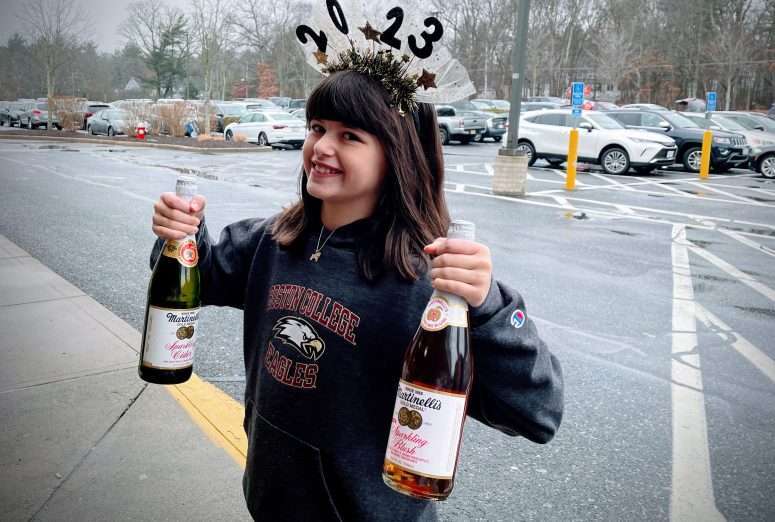 Welcome to January. Maybe just the thought of life changes or resolutions makes you tired. Maybe it energizes you. Just make sure you’re running toward something, and not just away from something.

After a solid year of indoctrinating the girl’s into the genius of Prince, maybe it’s time to go further down the funk rabbit hole. New Year’s resolutions always make me think of the Sly and The Family Stone’s line:

Change can be good. Just make it intentional and reasonable.

A little self-discipline is good, but you also need some self-forgiveness, don’t fool yourself if you want to make it stick.

The regular Saturday group run was interrupted for one last burst of holiday baking.

Next, were some sticky buns for the parents.

Nothing will ever compare to the baked goods from Yummies (no idea if that was the bakery’s name, but it’s what I always called it as a kid) in Delco when we visited my grandparents for the holidays, but I keep trying.

I was a little disappointed in this year’s cookie recipes, not sure there was a repeat recipe in the bunch, but I did discover a new cinnamon roll/sticky bun dough recipe that is amazing and will be in heavy repeat.

This recipe results in a super soft dough that stays that way for days.

The rolls get their soft pillowy texture from the tangzhong technique, which relies on hydrating starch in flour to create a softer textured bread. That sounds way more complicated than it really is.

Just mix a small quantity of flour with milk and cook it until it thickens to form a thick paste, then add to the rest of the dough ingredients.

I’ll give her credit. When Michelle gets an odd food craving, she goes all in. It’s not a slushie, or Taco Bell, or bread ‘n butter pickles. No, it’s moon cakes that we can only find in Chinatown.

Leftover pastries served as breakfast while I was monopolizing the kitchen.

The baking wasn’t done but we had an appointment.

What better way to see out the year than renewing your passports at the post office!

But don’t mess with an HR pro and her paperwork. Michelle was ready and we were in and out in fifteen minutes. The girls will be ready for PEI or whatever other adventures 2023 brings.

A sad time of the year at the Transfer Station. The pile of used trees and wreaths waiting for the mulcher.

Errands complete, it was back to the kitchen to package up some hand pies as host/hostess gifts for the annual New Year’s Eve party.

This year’s theme was Jammies & Jamz with breakfast for dinner on the menu and the maple bacon egg and cheese sliders were requested.

While I was finishing up in the kitchen, there was still piano and trombone to be practiced.

I’ve got some serious holiday song fatigue at this point.

It’s important to get the instrument practice done before….

…you get your nails done for the party.

You know you’re at the right party, or maybe made one too many blog jokes, when they offer you some glitter in your champagne.

This party wasn’t just about sliders and shiny drinks.

There were prizes on offer if you survived the booty shake bracket.

Alas, I did not survive and lost in the first round.

Despite my love of Prince, I just can’t shake it like I used to.

Happy New Year! Thanks for tuning in each week.

If you can’t think of any resolutions, may I suggest dance more and host parties. Either of those should bring you joy in 2023.