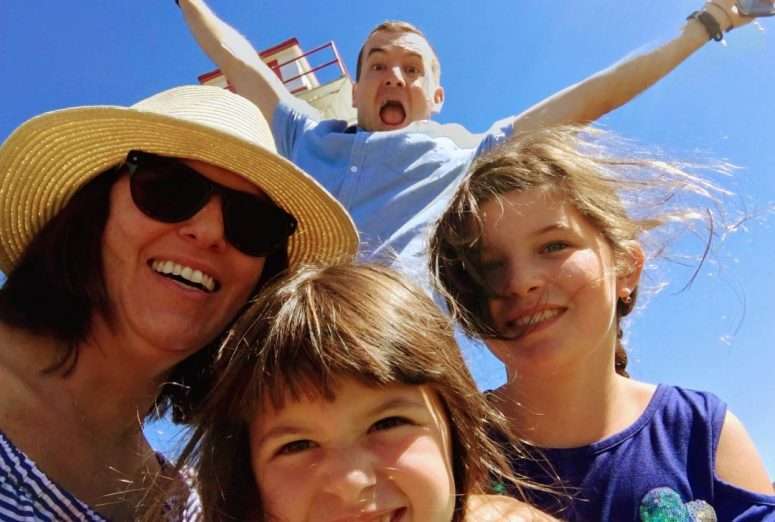 We crossed the border yesterday and the girls learned an important new term: international data plan. You need to pony up some extra money to keep Spotify, Netflix and tablets running in Canada.

We made it to Prince Edward Island yesterday and Michelle is living her dream. Even without the help of some fortifying wine, I’m pretty sure she believes she has walked onto the set of Anne of Green Gables.

You don’t have to squint very hard to be transported back a hundred years. Outside of a few areas, the lack of development is both startling and refreshing. It’s large blocks of pines, tracts of farms and open views to the water.

Not a bad place to spend a week of vacation. Unplugged, unhurried and uninterested in anything resembling normal responsibilities.

That’s how the rest of the week will go (along with bottomless cocktails, long meals and practicing some free-range parenting), but first we had to get to the island….

….we started our Saturday day in a hotel, which is still very much a novelty for the girls. I woke up to this face right in my face. Worse ways to wake up. 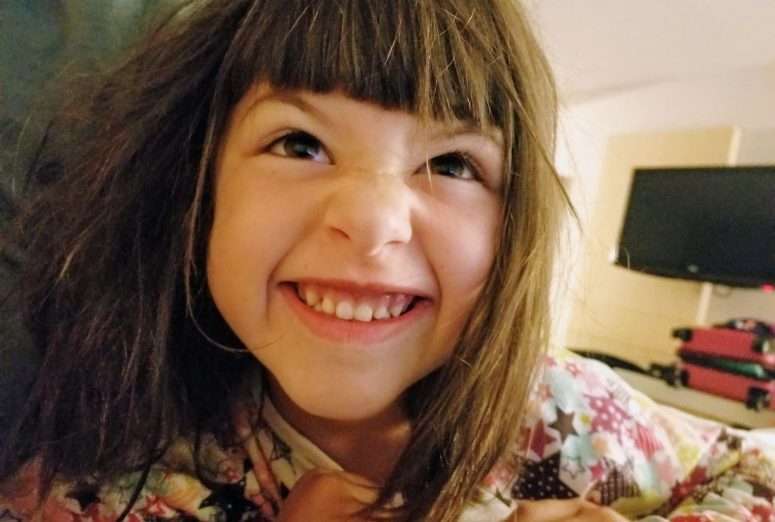 The hotel in Moncton had a small waterslide and an indoor pool. Perfect for the girls to unwind Friday night after eight hours in the car. 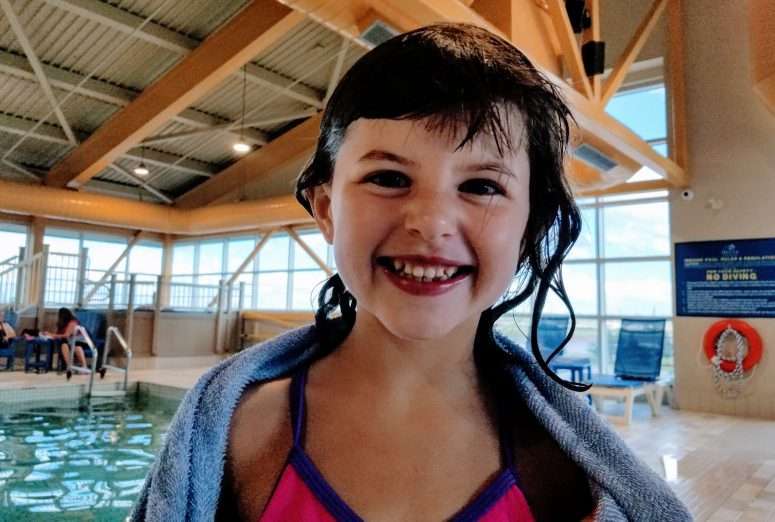 The girls were relieved to find that they had cartoons in Canada, even if they were in French. 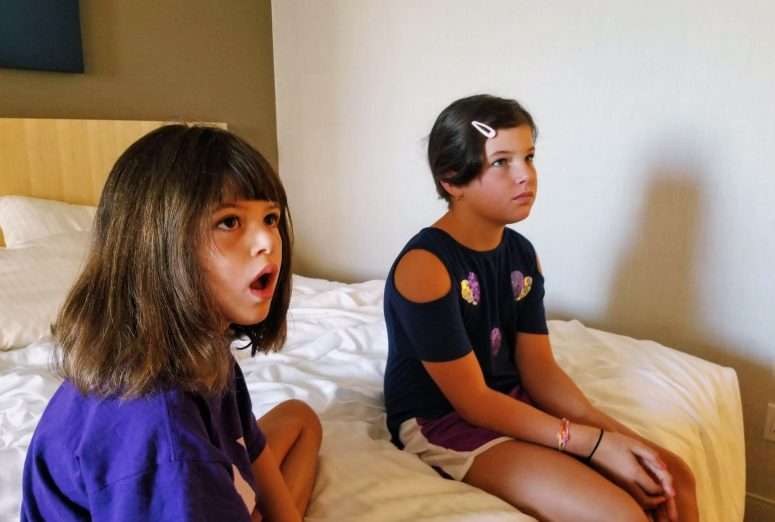 We snuck (our traveling companions had access) into the elite lounge for some continental breakfast. I do not miss the times I traveled enough to merit status.

After our illicit breakfast, it was time to pile back in the car and hit the road. After doing the heavy lifting on Friday’s drive, we only had three hours to go. 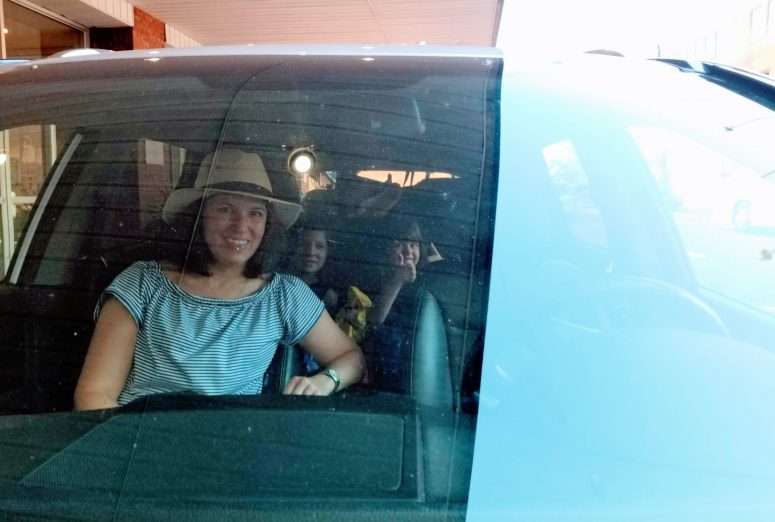 We headed over the Confederation Bridge to get on to PEI. It’s the longest free-standing bridge over ice-covered waters. Cecilia dropped this fact on us. Kudos to Medfield’s Afterschool Program. 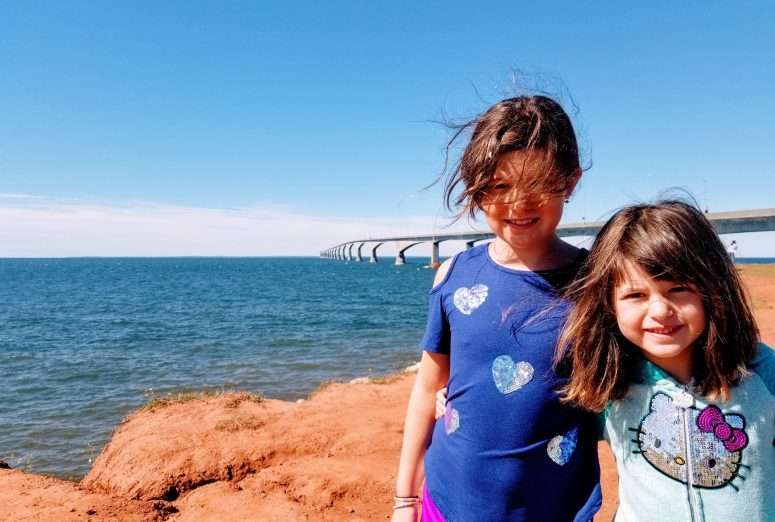 We stopped immediately on hitting the island. Mainly just to enjoy the humidity-free, low seventies temperatures after baking in Boston for the last month. Michelle also wanted to verify it wasn’t all a dream. 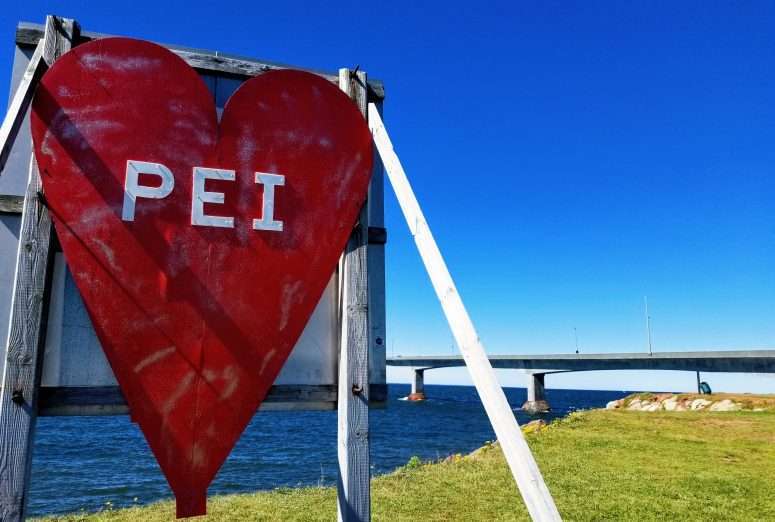 Based on some blog recommendations, we hit up The Handpie Company for some lunch hand pies. These were insanely good. Unfortunately, they do not ship off the island. We were forced to buy quite a few frozen pies to take with us to eat throughout the week. We will be making hand pies with the girls in the near future. 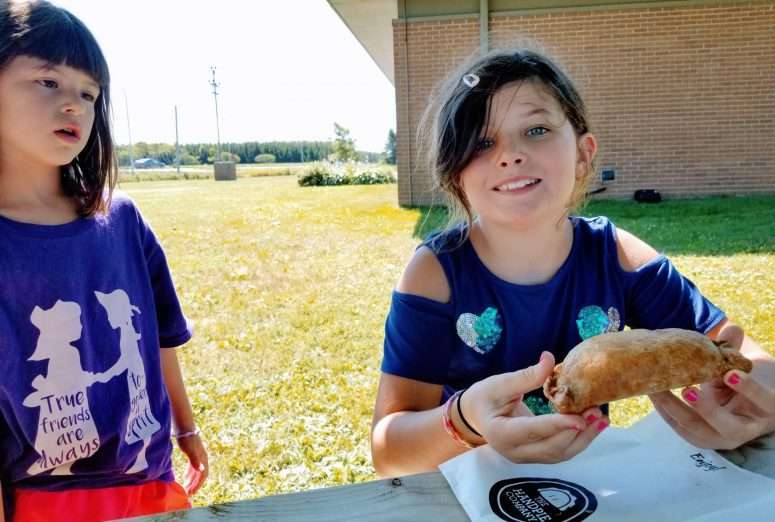 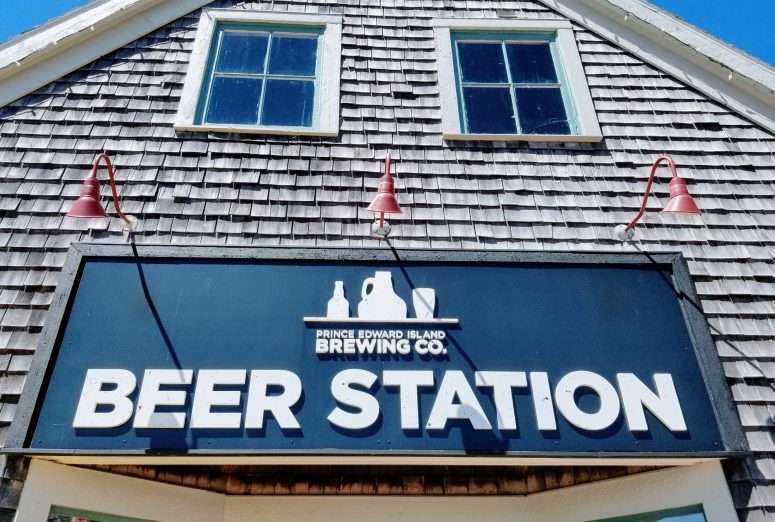 We had actually stopped to taste the award-winning Cow’s Creamery ice cream. It was solid. We were actually more impressed with the homemade cones than the ice cream. And we definitely took advantage of the beer station. 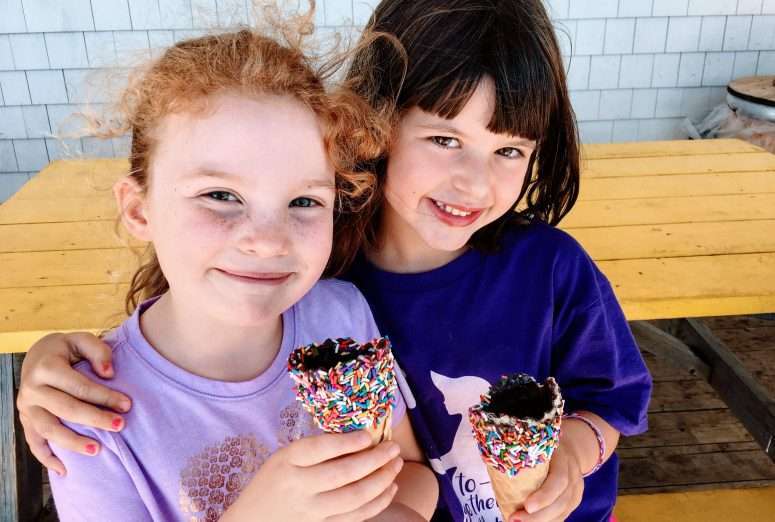 After the hand pies and ice cream, we hit up the food store to stock up the house for the week. The girl’s were a little disappointed that Canadian grocery stores are very much the same as American ones…until we hit the candy aisle. Dark chocolate Kit Kats. Green Tea Kit Kats. Aero bars. Coffee crisps. Smarties. Now we were talking. 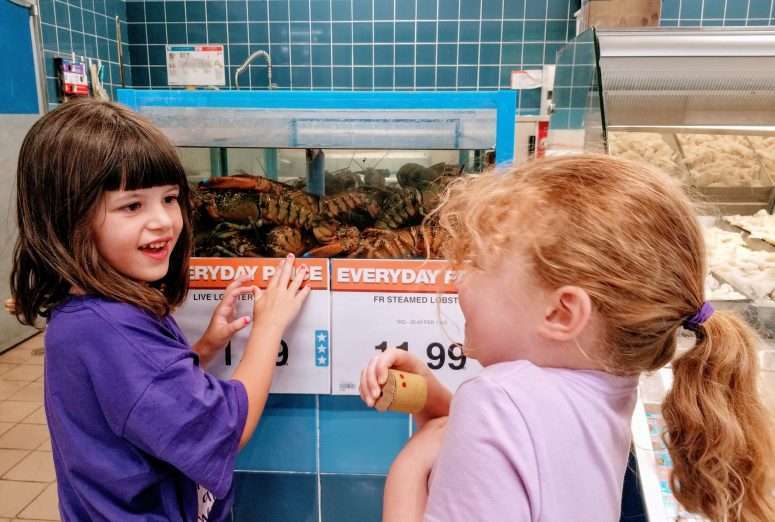 The house is…….remote in the best possible way. Dirt roads are involved. 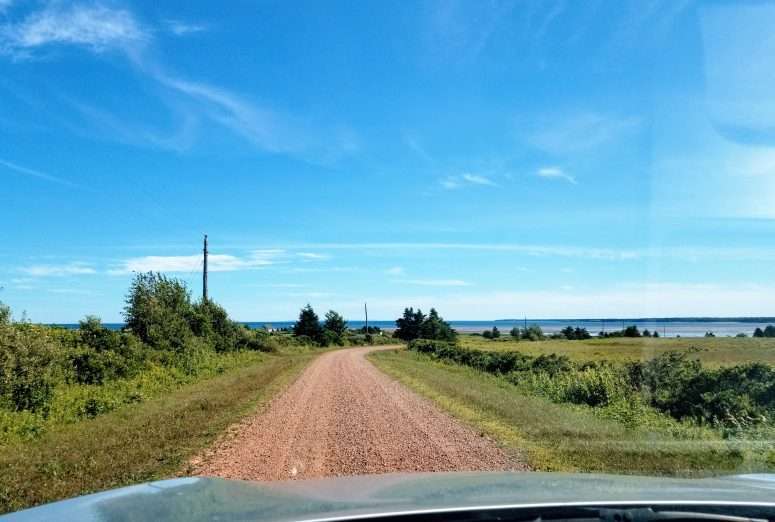 Dress up still works in north of the border. 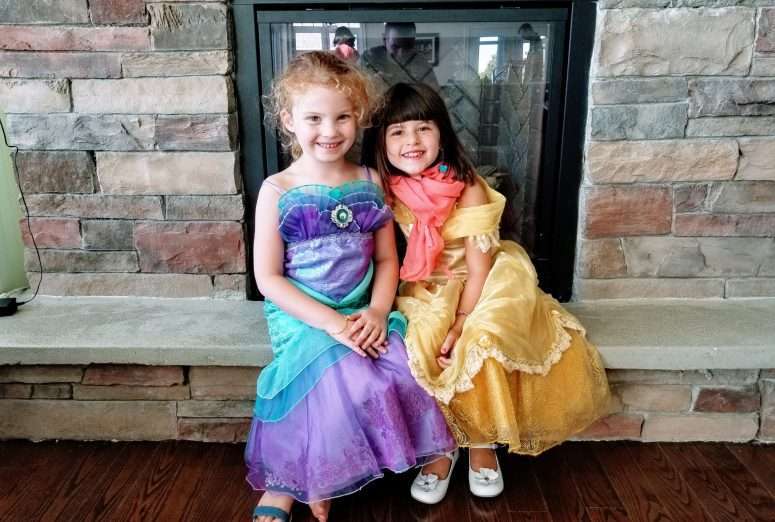 As do beach walks during the low tide. 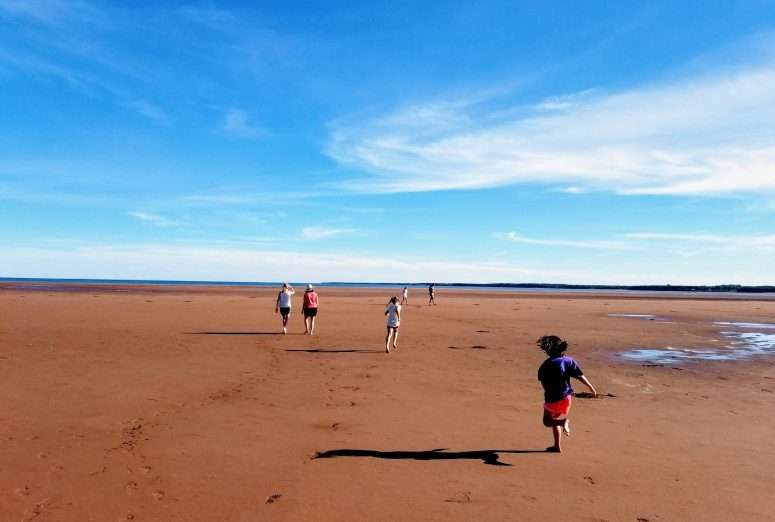 If you are on vacation this week, I hope you are able to relax and unwind. If you’re not, please don’t email me, I’ve got weak wi-fi up here and too many books to read and too many mussels to eat. 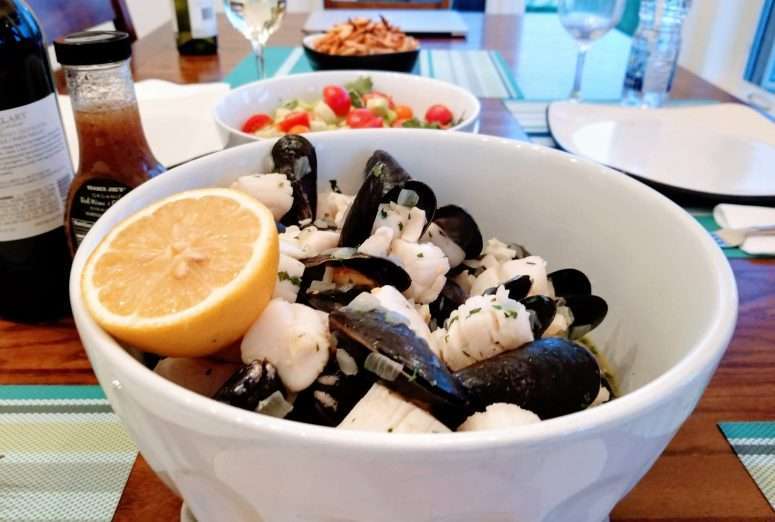