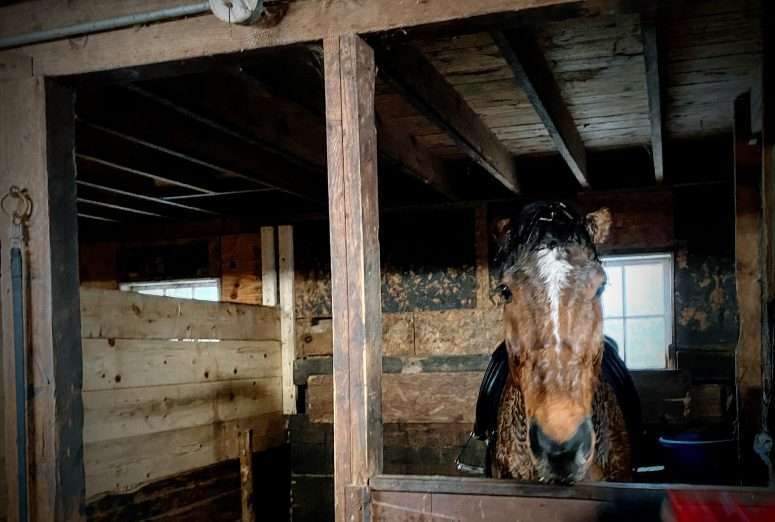 In my ongoing quest to get through 2020 safely and sanely, I’ve decided that when it comes to the girls, it’s better accept the distractions, the interruptions, and the glitter as an stake in their future.

Does Ally interrupt us throughout the day with questions about counting on or trick words? Yes. Does Ce sometimes need help with technology or trombone? Yup. Does the tuition and costume check for dance cause me to blanch? Yes. Did we buy them too much stuff for Christmas. Of course. Am I late to work calls because of it? Sometimes. Do I regret it or get upset at the interruption or expense? I’m trying not to.

It’s an investment in their knowledge and education and I hope it’s making them better. It’s worth what it costs.

We started the day on the couch and finally finished the three day domestic nightmare that was watching The Grinch musical. The girls enjoyed it. Michelle thought the critics were a little harsh. I was mostly horrified. Not sure The Joker is a good inspiration for a take on The Grinch. 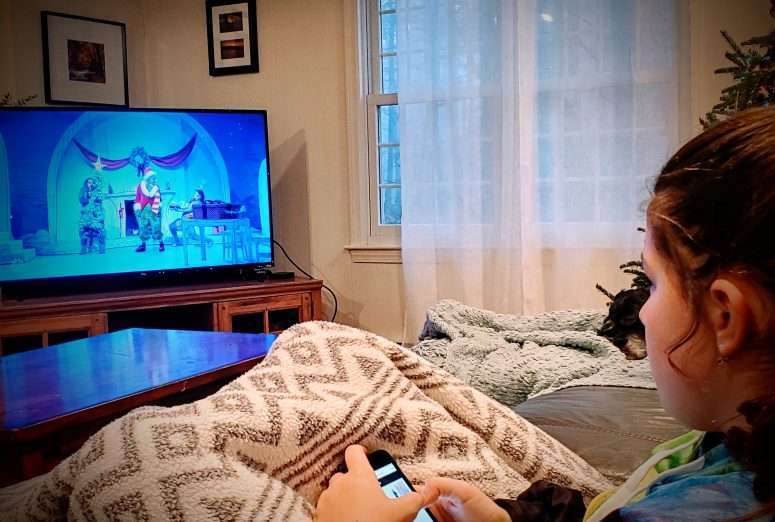 After getting a few stays of execution, the balloon garland finally met every balloon’s inevitable fate. 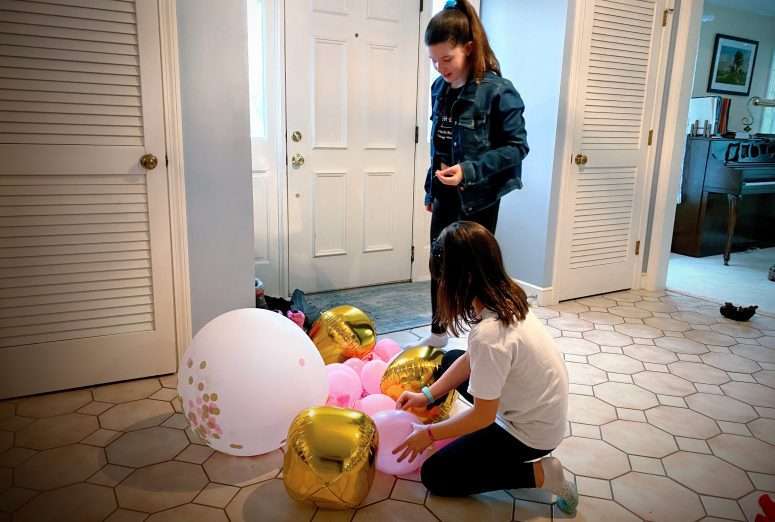 Quiet and gray day at the old transfer station compactor. Even the piped-in Christmas carols did little to lighten the mood. 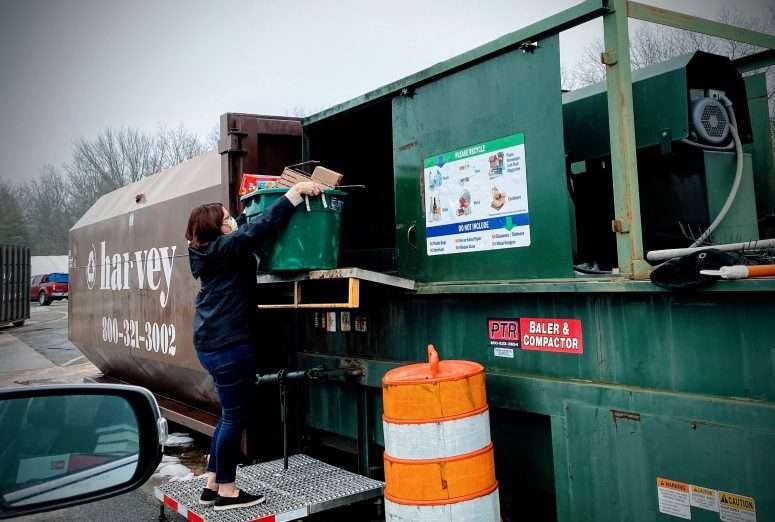 But they did inspire Michelle to bring out the uke and give us a lunch time concert. 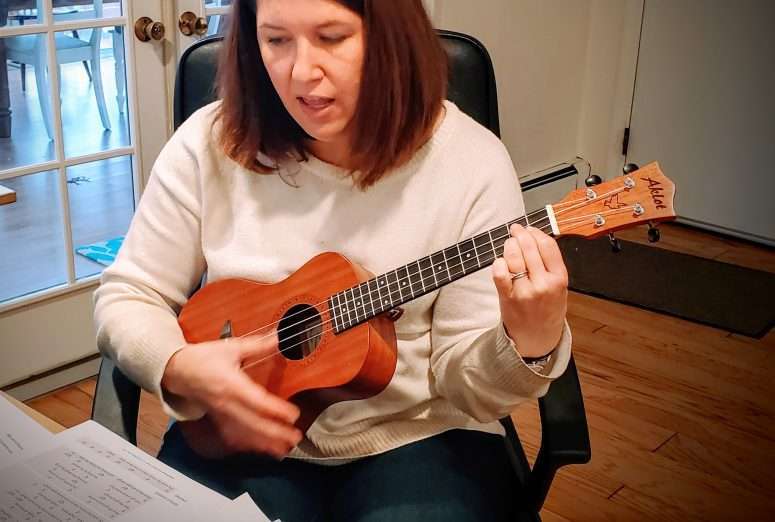 This is what shopping at Khol’s with Grammie looks like now. Not pictured, the twenty minutes it took to get Grammie into the Zoom on the right device and understand the screensharing. 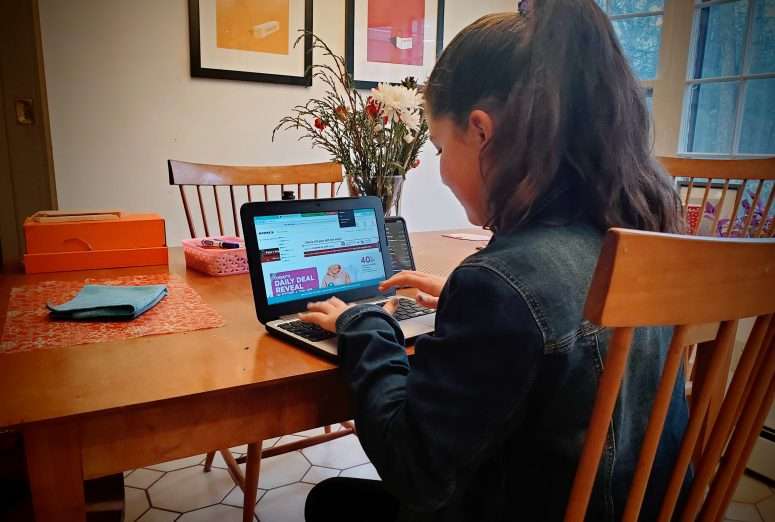 Here is where I would normally put a picture of the Santa parade. Traditionally it is held in-town, but this year it was spread out and Santa rode a fire truck through most of the main streets. There were a few hiccups.

Like Santa cruising by at 30 mph like he really had to get to a fire and leaving some really confused neighborhood kids in his wake. Good practical idea, poor execution. Chalk it up to 2020. At least he didn’t give the kids the finger.

And that wasn’t even the strangest part of the afternoon.

Ally had an outdoor birthday party at a nearby farm to ride horses. 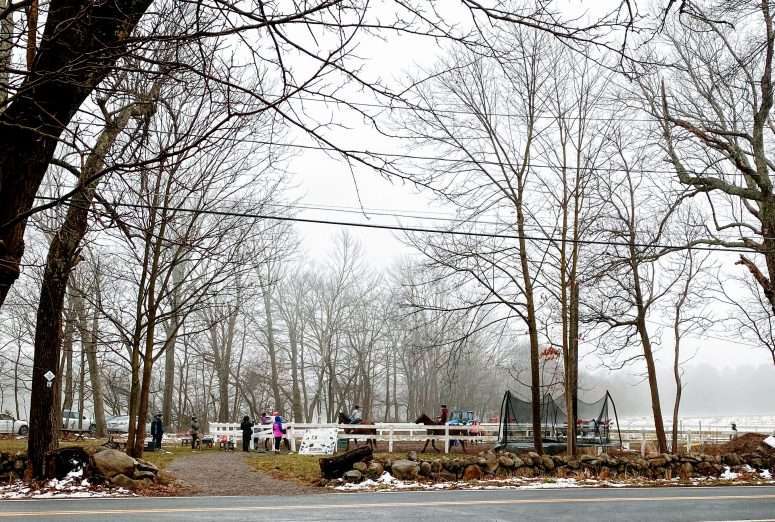 The party went off without a hitch until the very end when the police suddenly showed up and locked the surrounding area and told everyone to shelter in place. Not an ideal time to locked in a barn, in close proximity to strangers. Turns out, three youths ran off from a nearby shelter. After twenty minutes, we were escorted to our cars and allowed to leave.

After all that excitement, listening to the new T.Swift and getting your bangs cut was a bit of a letdown. But Ally might have found her soulmate with the hair stylist. She was very chatty and wouldn’t have minded staying longer. 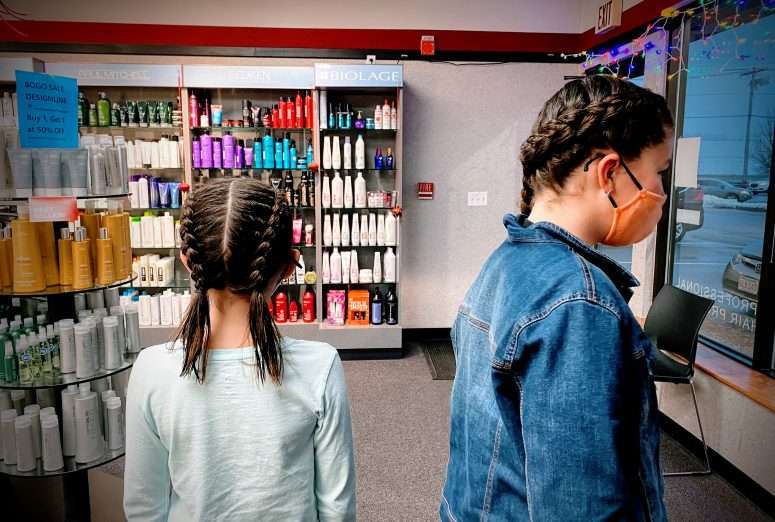 The rest of the day we didn’t venture far from the couch. There was pizza for dinner. Ally couldn’t of course eat pizza for lunch and dinner so she opted to make a taco. 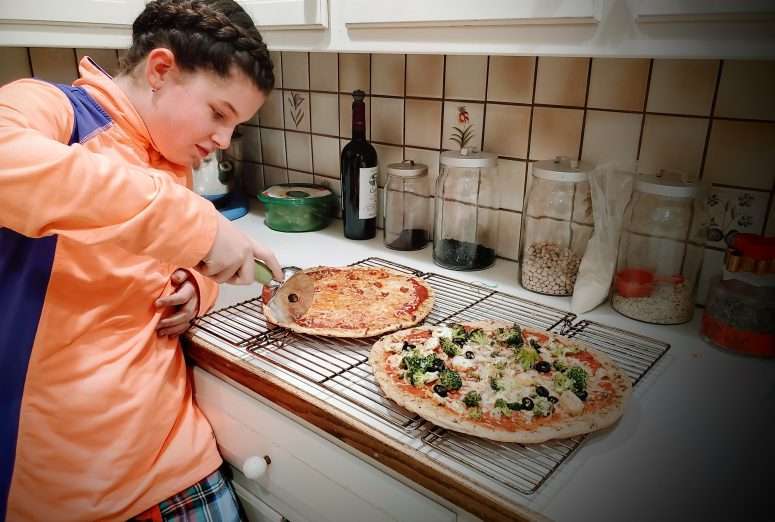 There was a documentary on PBS about ABBA and it took some real work on our part to convince the kids that it had all really happened. 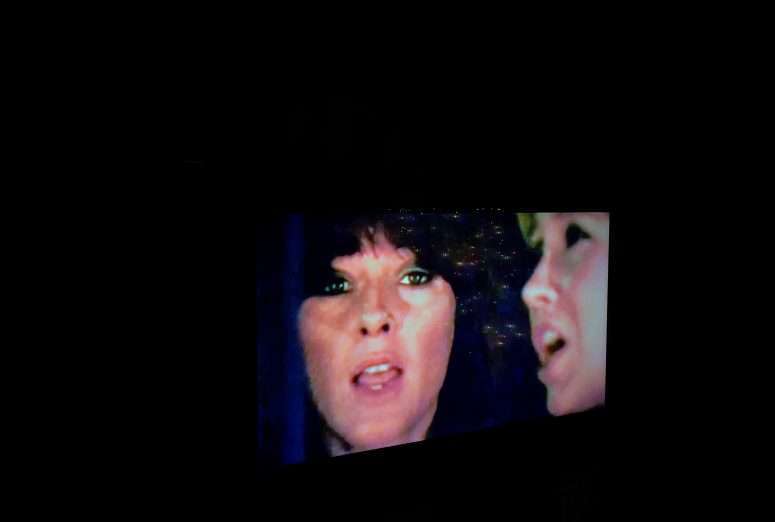 Plus, Meryl Streep. She’s always worth the cost of admission. 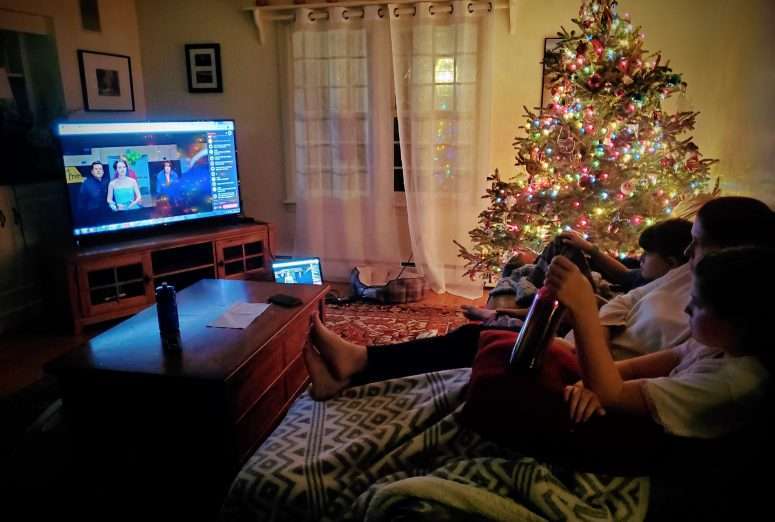