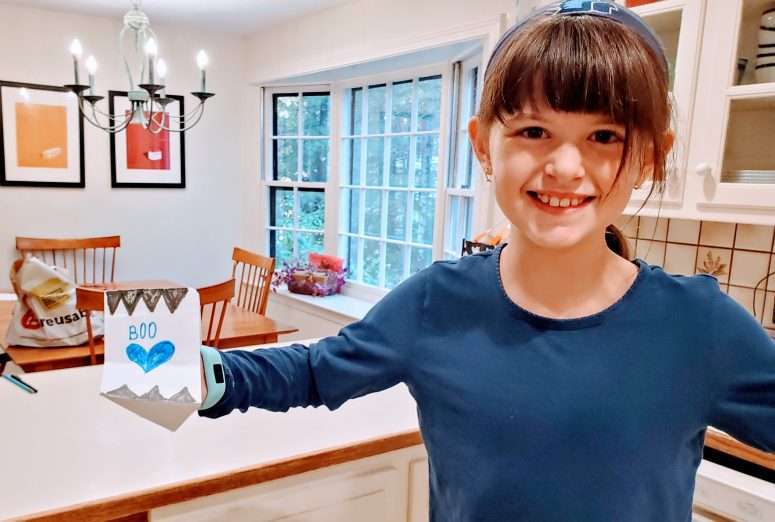 This sounds like an almost unsolvable riddle. How do you get a kid to understand that the more effort they put in, the more chances there are for something remarkable to happen?

It doesn’t have to be sweat and blood. Ally often sits at the piano and just noodles along playing chords and singing (mostly) nonsense. I go out of my way to praise that sort of lazy type of effort.

Lazy, is probably the wrong word, maybe meandering or exploratory, as this is the type of effort that I find better than setting a timer and stopping mid-song when the chime goes off.

Some days I feel like I’m parenting a phalanx of budding lawyers where they do everything to the letter and no more. To just satisfy the ask with the least amount of work is rarely a road worth taking.

For me, paying attention to details and taking the long way instead of seeking a shortcut is the best chance to do something that creates a little big of magic in the world. Now, how do I explain that to a middle-schooler and avoid an eye roll?

Not pictured: Michelle “I’m not a runner” in the basement on the treadmill while it’s still dark outside. Pretty sure that’s on the bingo card running board.

Debated turning on the heat a few times this week but then what would we do with all of the extra blankets that Ally carries around from room to room.

All the wet weather after the storm is delaying our outside clean up and I think the amount of leaves and branches scattered across the yard might be giving Michelle hives. However, she was out of the house for most of the day running a booster clinic at work. The rest of us….

Have to admit Dash had the right idea.

Since it’s the spooky season, here are the top 3 things that terrify me in the kitchen:

When the weather is gray and the kids are a cray cray, who you gonna call? The grandparents.

Grammie and Poppy took the girls out to lunch and a little light Kohl’s shopping.

But first there was a concert disguised as a piano practice.

And of course, especially in our house, you can’t have a song without a choreographed dance.

While the girls were out, I continued prepping for an upcoming Christmas project which includes scanning a lot of old photos. While doing that, I came across the menu for my parent’s wedding.

The seventies, man. Not a lot food highlights.

We had a costume party last night. Michelle and I are not big costume people. I know you are all shocked to learn that about me. But we also don’t want to be the oh-hum couple that shows up unadorned. So it has become an annual challenge to find very low level of effort, yet still somewhat creative costumes.

You might remember my use of a race medal and a loaf of bread for my breadwinner costume last year.

The girls had fun scouring the house for items that would fit Michelle and transform her into a cow girl.

Of course this led to multiple songs and dances.

I eventually managed to get the crescent roll dough open, avoid the kitchen hoedown, and wrapped up some mummy meatballs to take to the party.

We ended the night at the party with a cow and a nerdy panda.

At least I thought that was the end of the night. It turns out when you only eat things that are coated in a candy shell or topped with icing, you eventually do get hungry. I found this little panda making pasta after we returned home.