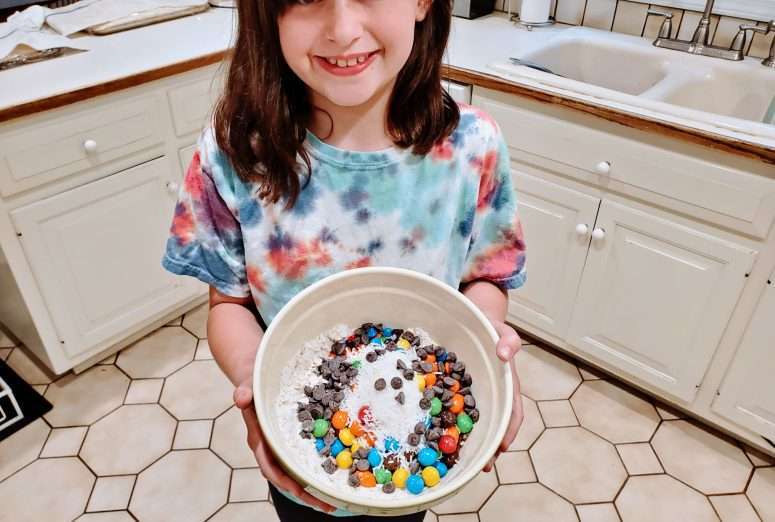 I had a realization this week that feels obvious when typed out here: it’s impossible for kids to understand what being a parent is like.

I don’t just mean that they are being obstinate or immature. I mean they literally can’t understand. They have no frame of reference for understanding. I’m not sure why that took so long to sink in. And it made me feel better about some of their reactions to (what they see) as my constant, annoying reminders or worrying. All they understand is the outcome. And they don’t often like it. And that’s ok.

Their reactions and inability to understand isn’t their problem. It’s my problem. It’s the burden of parenting. So I just have to Dad-up and deal with it and ask them to empty the dishwasher again, or turn off that light again, or put on their helmet, or go over the flash cards, or give them an embarrassing hug in public one more time.

Even if it’s baffling to them and obvious to me.

Wait, maybe that’s how they feel about glitter?

I was going to say this might be the worst Memorial Day weekend in a long time but how quickly we forget last year. So maybe the worst weather on Memorial Day in awhile. I had to turn the heat back on yesterday.

This might also be the more boring and banal Saturday in quite some time, too. Much of the day was spent on the couch, wrapped in fuzzy blankets.

Michelle and I started the day with some cardio and weights. We’ve made it to the end of week two of the fitness challenge and are feeling pretty good. Pretty, pretty, good.

Michelle does still find my penchant for watching running while running strange. This video took it one step farther. I was watching writers running a race. 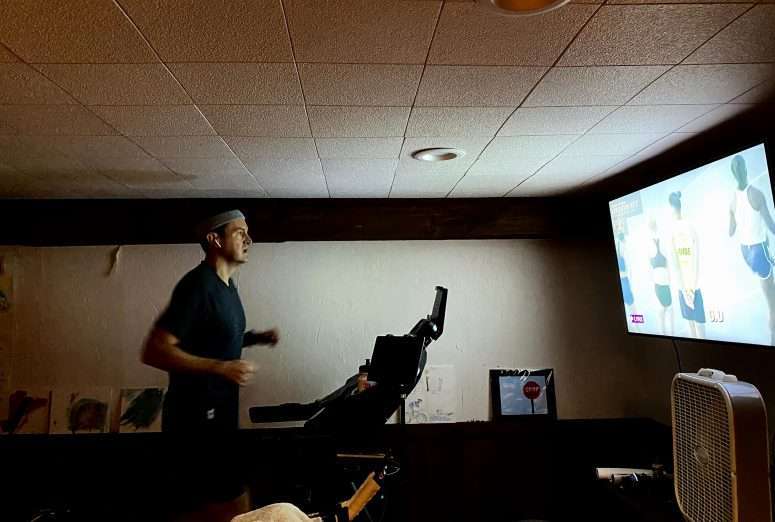 I believe Cecilia is enjoying torturing us by making waffles and pancakes all week. Her fluffy, diner pancake game is on point. Anyone visiting here or on the Cape this summer should be sure to request them. 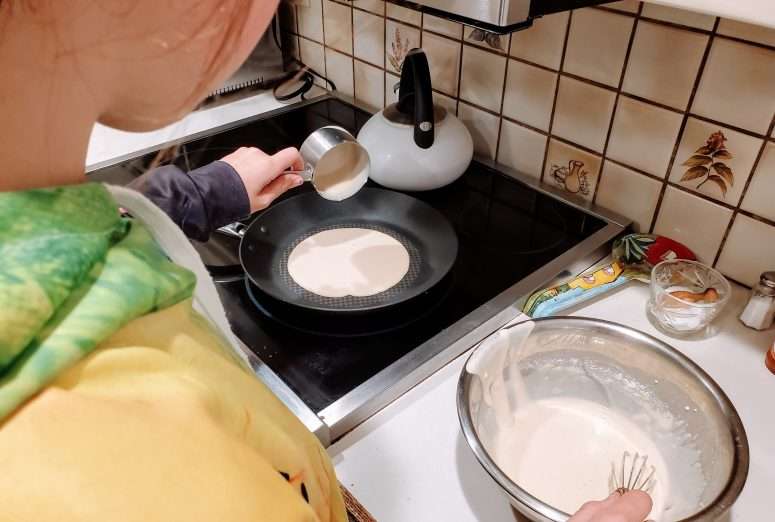 Dash definitely is a fan. 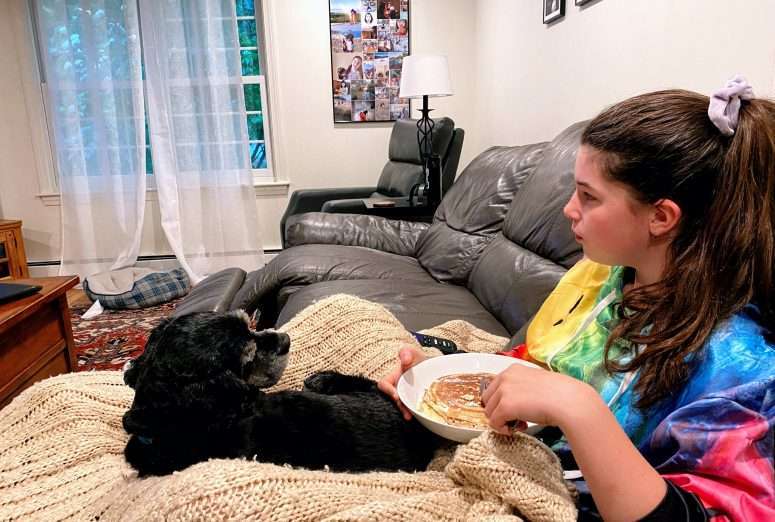 Much like CBS comedies, I’ve come to appreciate that all live-action Disney shows are essentially interchangeable and rise to same level of annoyance. They push parents out of the room but aren’t so bad that we insist they have to be turned off. Not until the fourth straight episode. 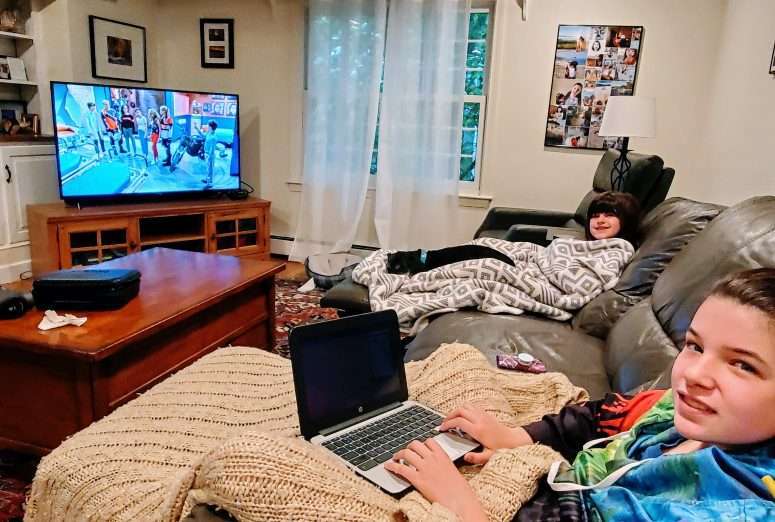 The only time we left the house all day was for the transfer station run and I got the gargoyle spot. They’ve added a rat sculpture to the tableau.

[Ed. note: I later learned this wasn’t quite true. At some point, Michelle snuck out of the house and cleaned the gutters in the rain. Because…of course she did.] 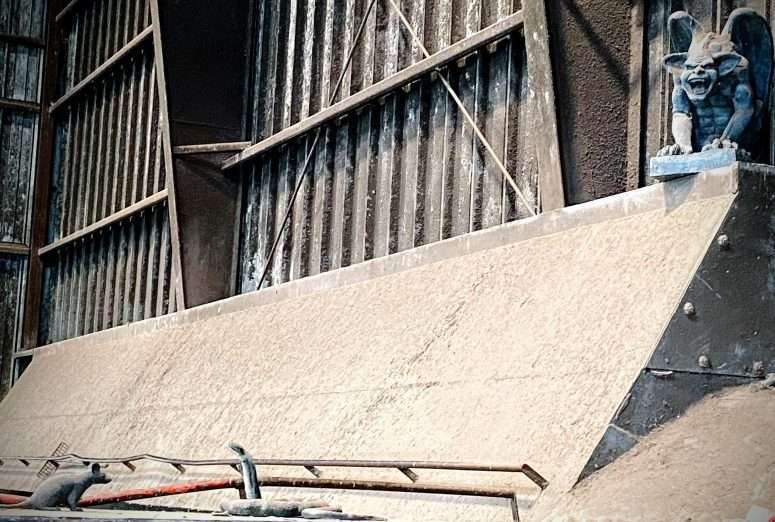 Regular spontaneous lunch dance party. We need to consider the space requirements for dance moves when we do the kitchen reno. 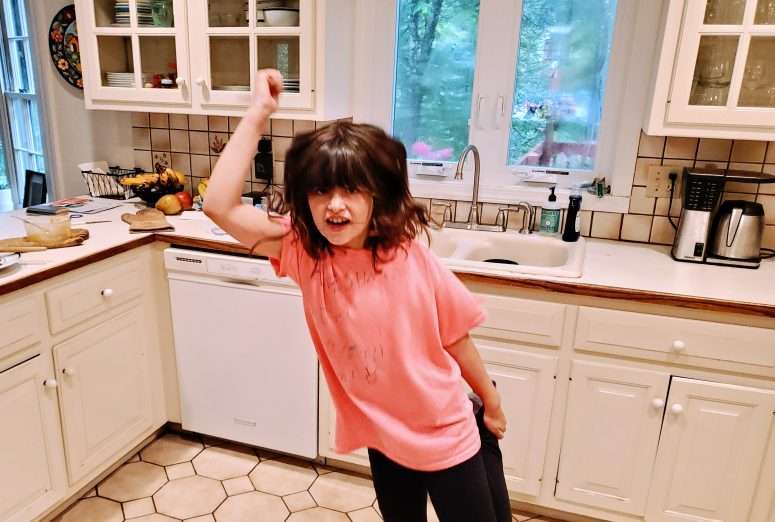 George Clooney agrees with me. Cecilia did a good job on her nails. 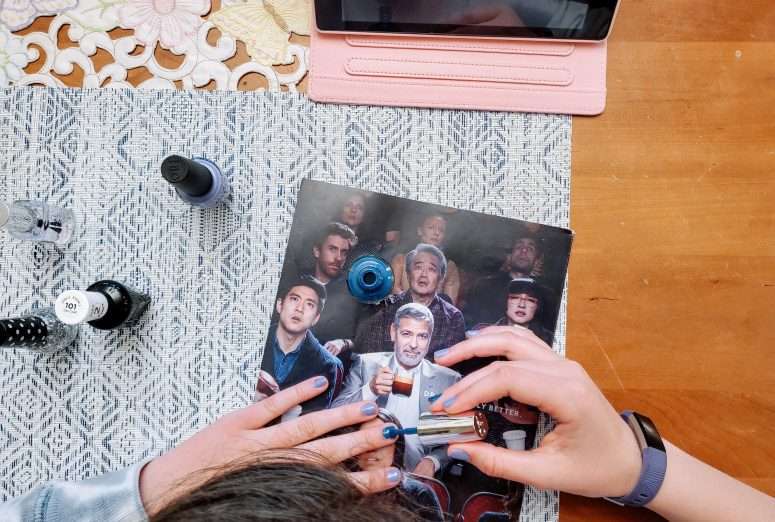 We did finally convince the girls to patch up one gaping hole in their pop culture canvas: Star Wars.

Later this summer we are headed back to Disneyland and this time the Star Wars area will be open and we told the we had to watch at least one to understand some of the references.

It went better than I expected actually. Capsule reviews: “Not as scary as Harry Potter” (Ally has a hangup with Voldemort) and “It was pretty good. I liked the blue thing” (R2D2). 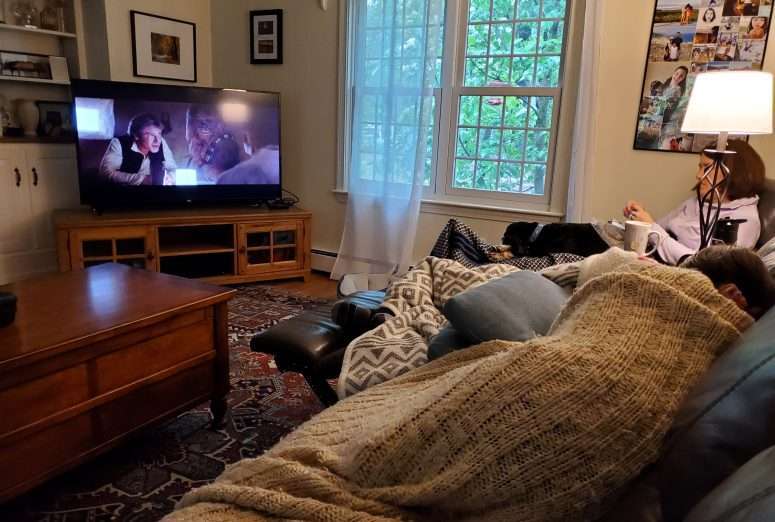 As part of our week 2 treat (don’t call it a cheat) meal, we decided on pizza (bet you didn’t see that coming) and the skillet cookie.

Ally was very excited for the cookie. It covered all the appropriate Elf food groups that she likes. 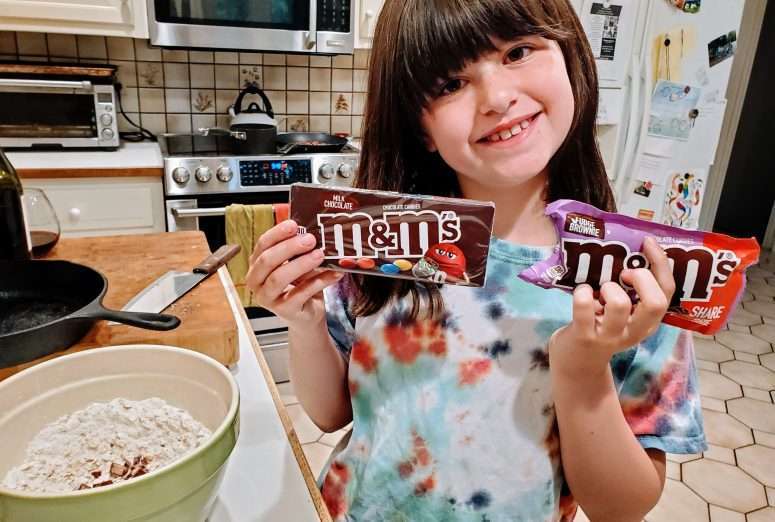 We finished the night with The Mitchells vs. The Machines (quite enjoyable for everyone), pizza, and dessert.

Michelle requested the Sicilian Nona pizza. Continue to be impressed by this dough recipe. It’s very simple and very good each time. 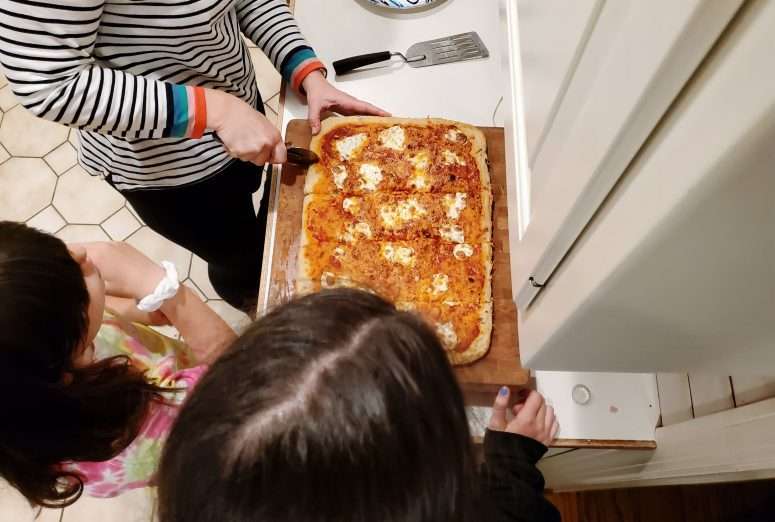 The cookie was pretty good, too. Actually so was a cold, raw, housebound Saturday. 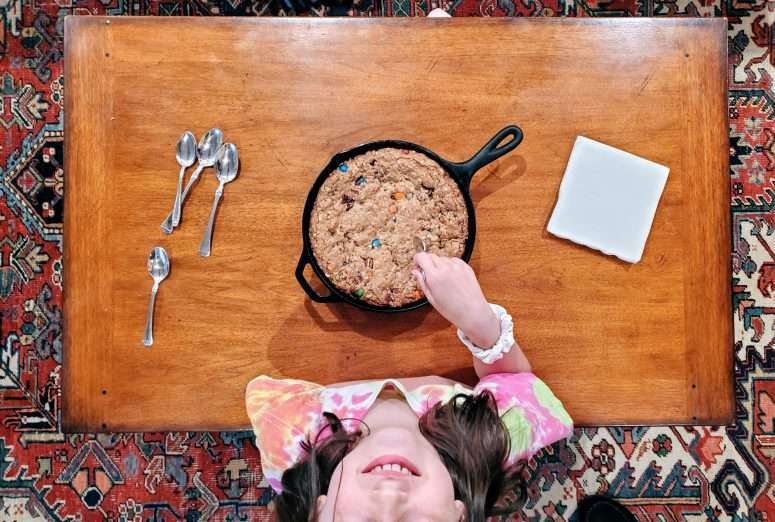