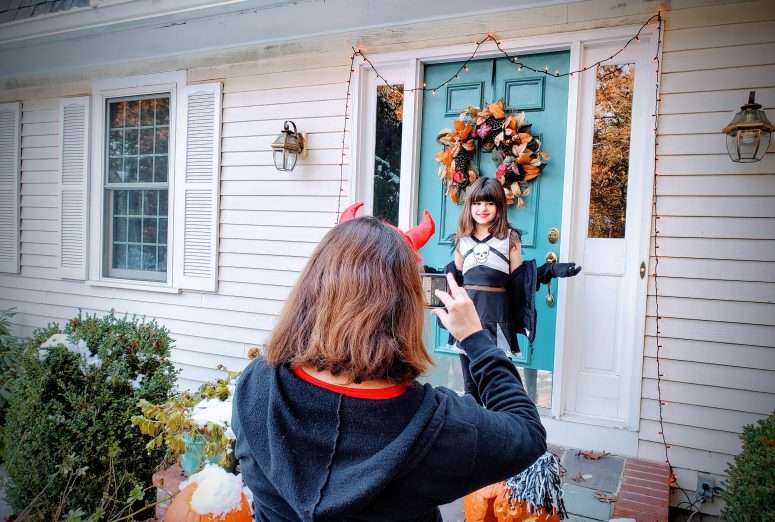 While I’ll admit I’m still figuring out this parenting thing, I have been around for awhile. I’ve seen a few things. Maybe learned a few, too. I typically crush Alexa’s question of the day at dinner. So when the girls have questions, I’m usually pretty quick with the answers unless it deals with show tunes, classic Saved by the Bell episodes, or carpentry. Then I tell them to ask their mother.

But what if this font of knowledge built on flash cards and rote learning was actually a bad habit?

Cecilia finally made it to long division this week and I couldn’t have been happier. It was like slipping into a warm bath with a good book. Or a pit of vipers. She hated it. She liked her old (i.e., new) way of doing it. I wanted to tell her she was nuts. One hundred years and countless nuns could not teach math any better. This new math was a touchy-feely fad. Trust me, I’ve been around.

I didn’t say that. Instead, I had her teach me the new way again. I didn’t find it better or worse. Just different. And we discovered that together. If you always have the answer, you aren’t learning.

So just when you thought 2020 couldn’t get any worse, it actually has me rethinking new math. Clearly, the glitter is going to my head.

After confirming that yes, the snow was still around, they retreated to the couch and the blankets. 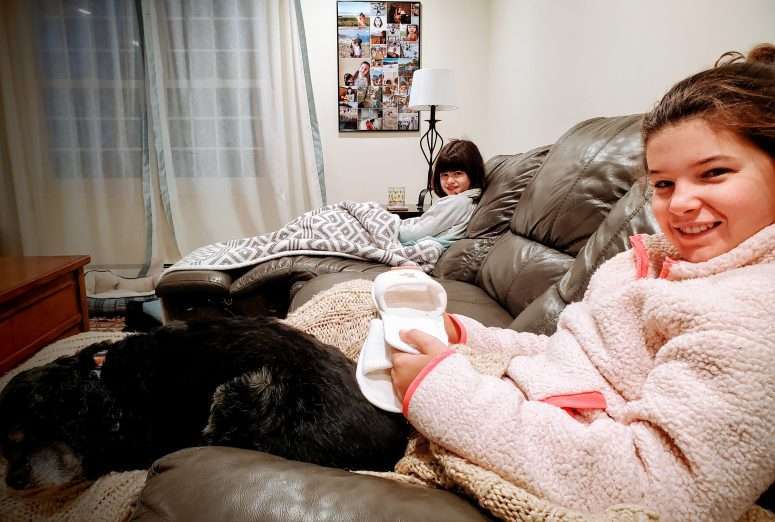 Ally didn’t stay on the couch for long. The running group was doing a track or track event after the group run. It all sounded like a great idea until the snow covered the track yesterday and temperatures at 8 a.m. hovered around 15 degrees. But candy (and hot coffee for the adults) solves a lot of problems. Ally had a great time (though was lamenting her cheerleader costume choice) and added to her growing pre-Halloween night candy hoard. 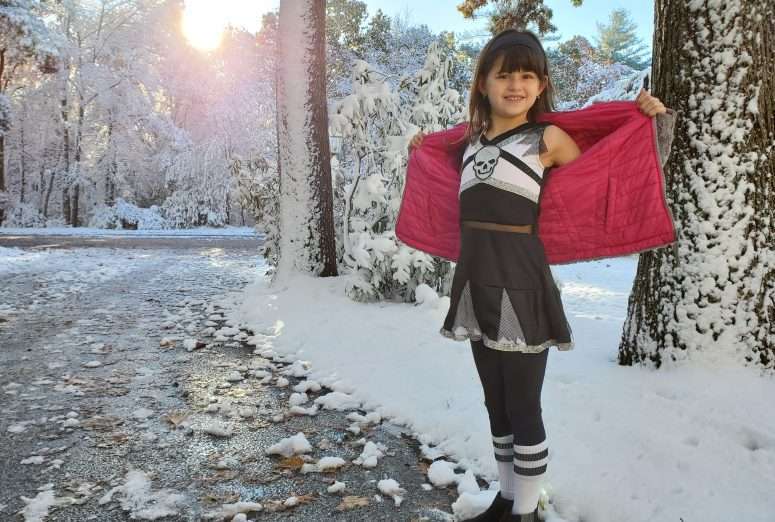 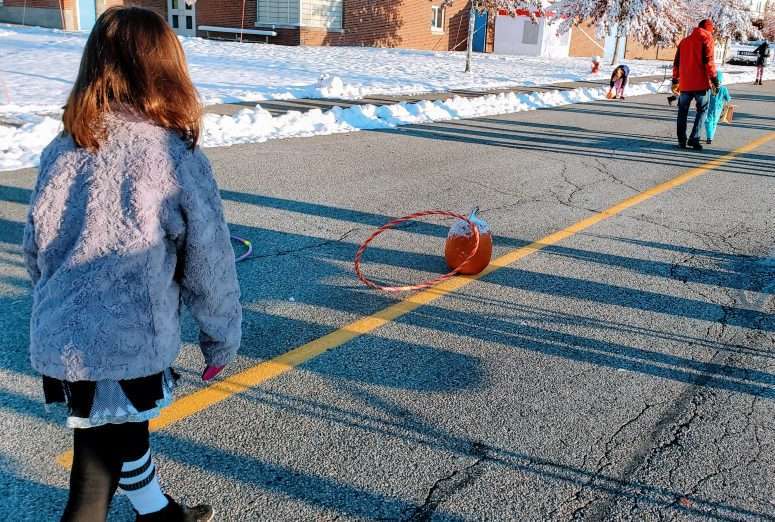 I showed Cecilia the famous Gordon Ramsay scrambled eggs video this week. She had a lot of questions. Who is this guy? Why’s he talking so fast? Why is he making eggs in a pot? In the end, she agreed they looked pretty good. After trying the technique on Saturday…. she admitted they taste about the same. 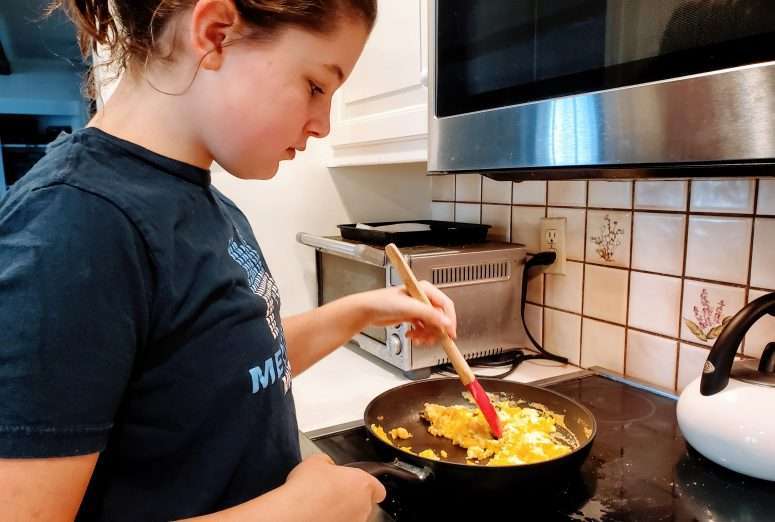 Lots of kitchen time yesterday. It was a Haley House weekend, so there was lots of chopping to make the chili. Dull knives make good practice tools. 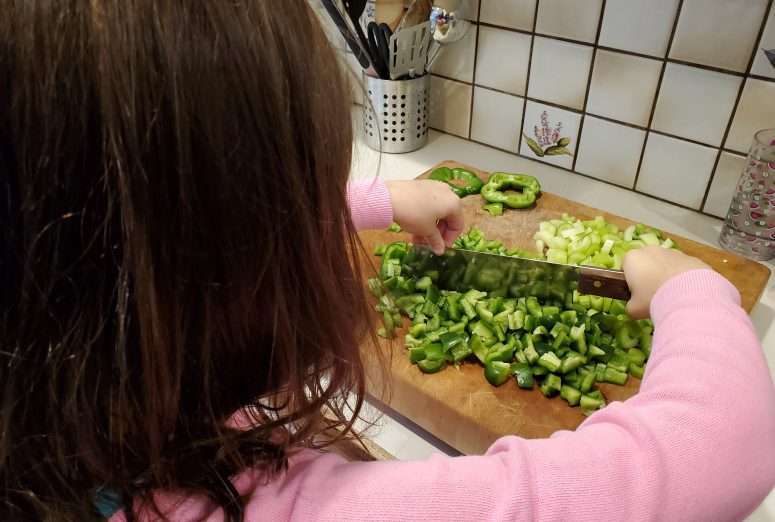 Some things you really shouldn’t buy at Costco. Not without a plan. Like a bag of six avocados. We had no plan and by the end of the week we had six soft avocados. Vacuum sealer to the rescue. Ally asked if we could also do this if she ended up with too much candy. Uh…. 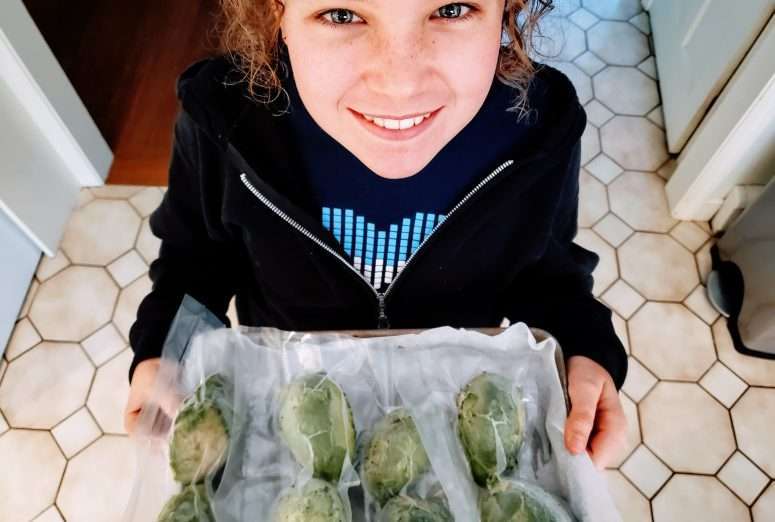 Finally, we had to prep the mummy meatballs for an afternoon Halloween party. Doing a warm appetizer for an outdoor event might have been much of a plan either but people didn’t seem to mind. 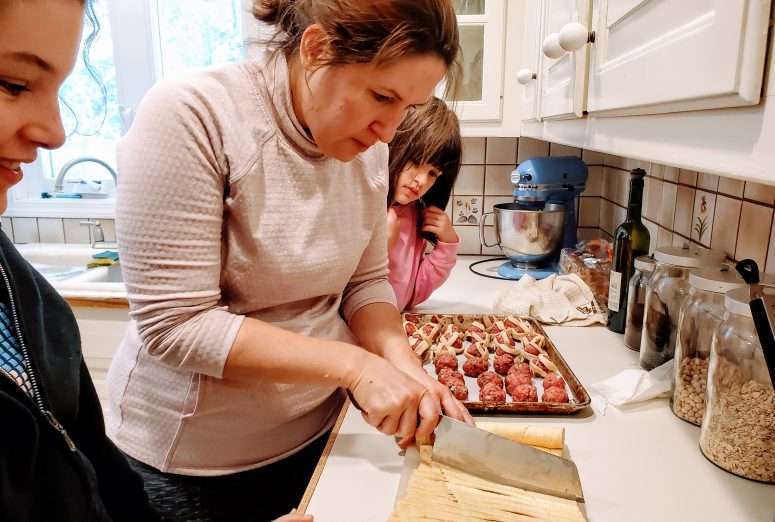 Nothing tastes better than the first sidewalk smoothie of the year. 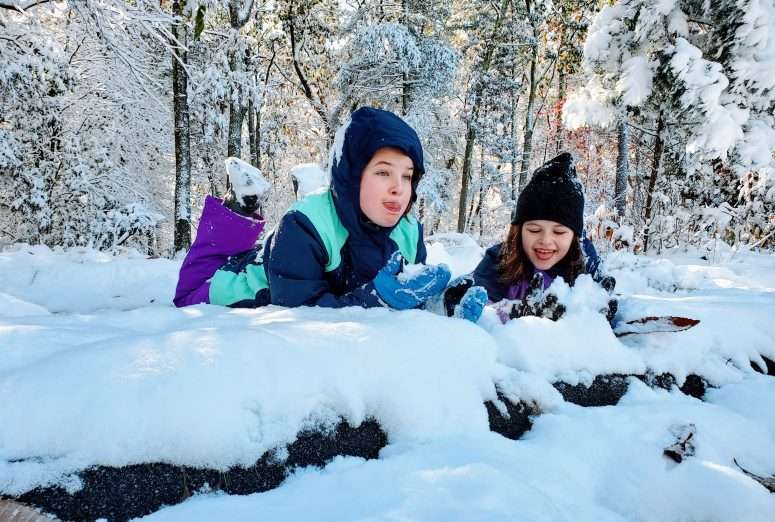 Here is the annual shot of Dash wearing his costume for eight seconds. We’ve gotten over a decade of use and two minutes of wear time out of this hot dog. 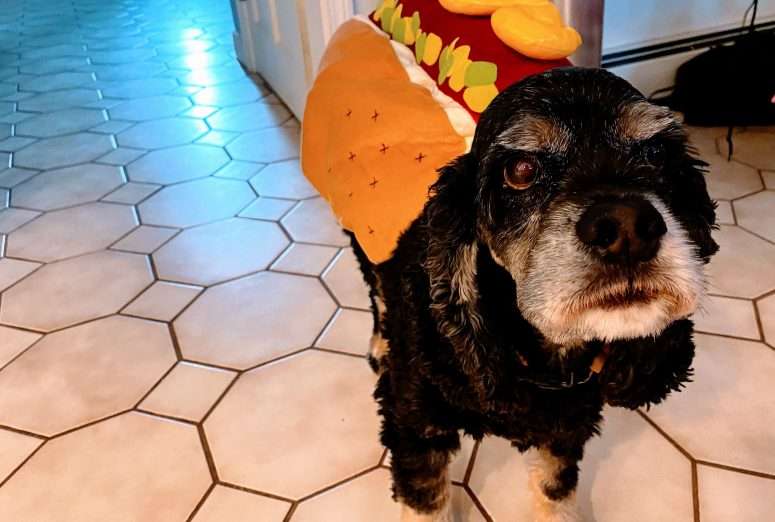 The transfer station gargoyle takes on a little extra menace when you drop off your trash on Halloween. I should ask the DPW if he (she?) has a name. 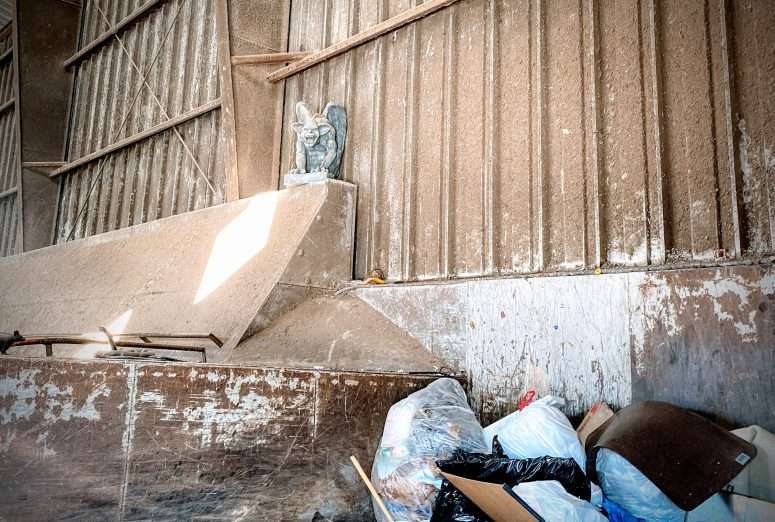 We didn’t end up getting any trick or treaters this year but we did get one last Boo! delivery. 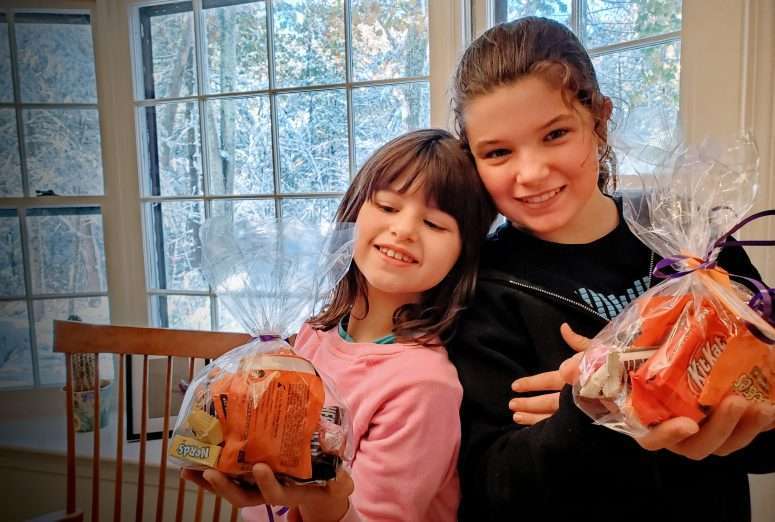 Cecilia is at that middling age where she still wants to join in but is also hesitant to join in. She swung back and forth all day. She did have a costume (a drop of color) and I give her credit for creativity. I’m pretty sure I just put on my soccer uniform for the three years of middle school. 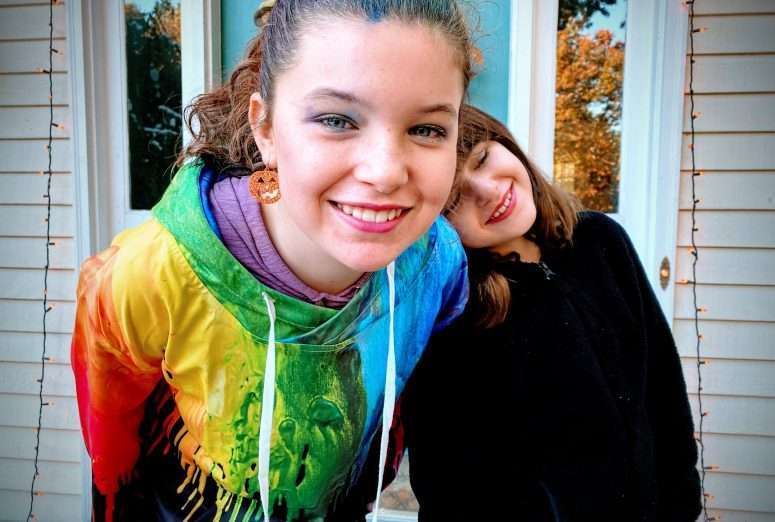 This was the year that most of the candy came to them but they finally had to earn some during the party’s candy hunt. Full bars really get the blood pumping. 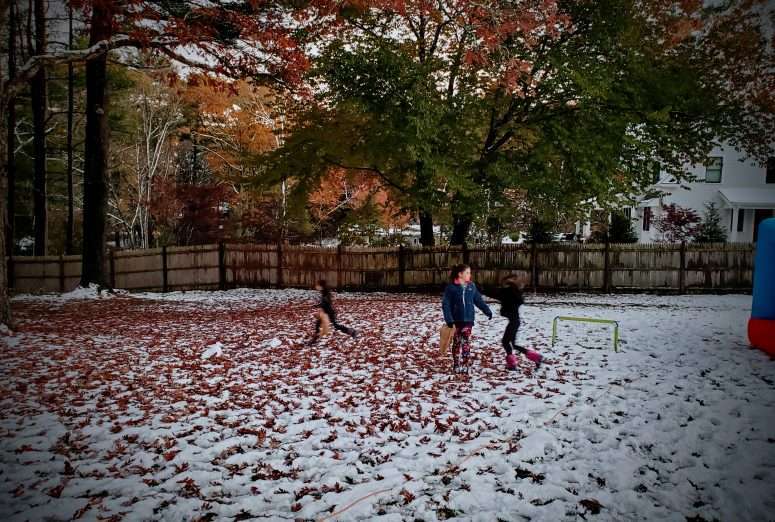 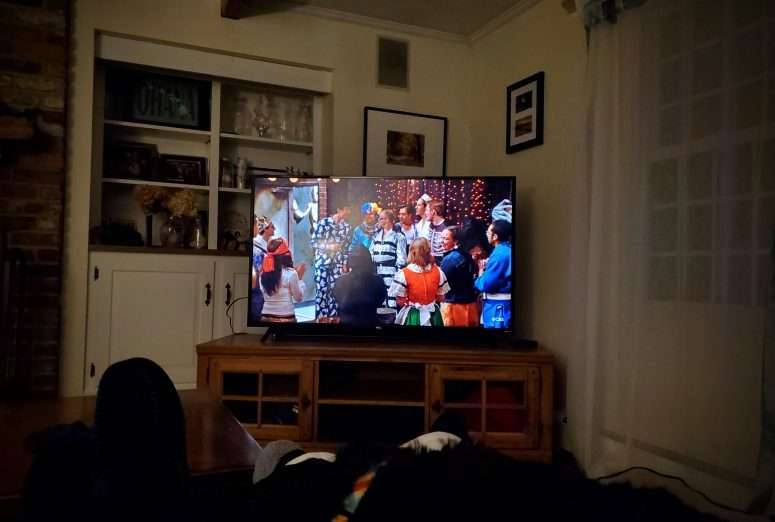 Stay safe and sane this week. Should be interesting…