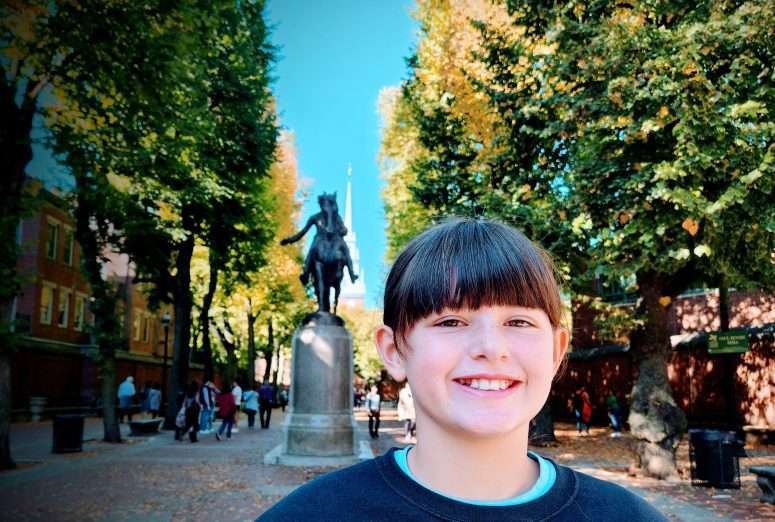 Parents of teenagers, what is it about the age (hormones, a glimpse of the ‘real’ world) that so often poisons the resiliency and willingness to just try of their younger selves?

For most, this is just a temporary fog, but here is a life lesson, or life approach, that I’d like to inject directly into my kids brains as an antidote to overly negative thinking: How can I make this work?

It’s not a life hack (hate those) but a mindset. Don’t be the type of person that approaches a situation and think, “What are all the ways this might go wrong?

This is not to say I want the girls to be naive or overly optimistic. Just the opposite. I want them to be realistic and believe that they’ll find a way through no matter what and not to depend on things outside their control.

Both types of mindsets need to deal with reality, but the first person will only have to solve problems that actually occur while the second person may never get started because they’ve scuttled themselves with potential (or even imaginary) problems before they even start.

There will always be reasons to not do something. It’s how you start anyway that makes a difference.

We did not start the day on the couch. We had visitors and a full day planned, and with three girls in the house, there was really only one place the day could start.

The prep time did allow me to get in my usual morning run while they prepped.

Despite the recent storms, the peeping was pretty good.

Hair finally done and Starbucks acquired, we headed into the city to be tourists in our hometown.

We started with the best Sicilian slice and the best arancinis in the city. This is practically a mandated spot anytime we get within a mile of Hanover St.

Galleria Umberto is a hole-in-the-wall, no frills, always a line, cash only kinda place. In the best sense. The line was out the door before 11:30.

We walked off some of the pizza with the North End Freedom Trail stops, including the Paul Revere House which we’d never actually been to in all our years in Boston.

It’s short and sweet, but worth the $6 donation. Plus, yesterday there was also an artisan paper marbling demonstration. You’ll have to take my word that it was far more interesting in person than it sounds.

Sometimes I forget (probably a good thing) just how good the cannoli’s are at Mike’s. Yes, there’s always, always a line of out of towners clogging up the street, but that cream filling is really good and the shells are always fresh.

Just look at those smiles for proof.

Inspired by the Fanueil Hall performers or just on a sugar high from the cannoli, Ally got her Saturday dance on.

Not his actual grave (that’s in Philly) but his family crypt in the Granary burial grounds.

May they never get too old to enjoy the duckling statues!

It was one of those days (we only get a handful each year) where it felt like not just the tourists were out and about, but everyone that lived in the city, too. Nice to see so many people out and enjoying Boston again.

People have been telling me to go to Picco for years any time the topic of Boston pizza comes up and yesterday we finally checked off the South End pizzeria from our bucket list.

Maybe it was all the walking. Or the great weather. Or the company. Or the wine.

Or maybe it was just really good pizza. We will definitely be making a return trip for further investigation.

Tired and full. And maybe (there weren’t flash cards involved, so we can’t be sure) a little more knowledgeable about the city.

Have a great Sunday!