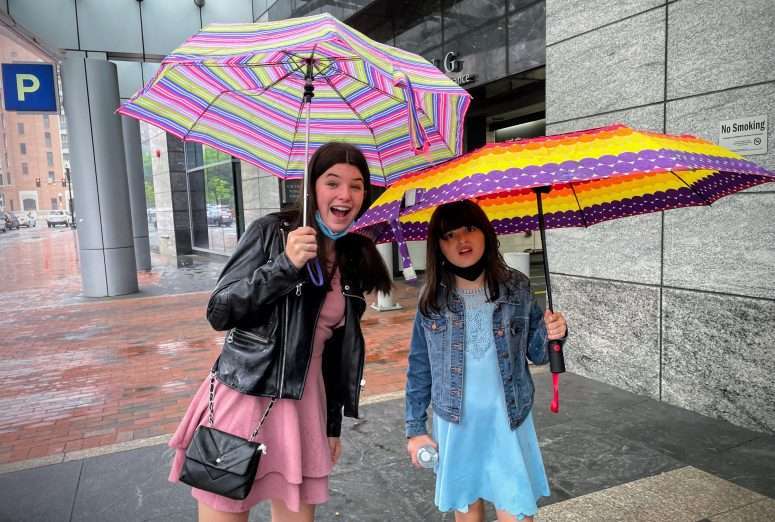 It was a long, rough week, both nationally and locally. Near and far brought news where answers or the right words were near impossible. Most of the time I felt frozen in anger, frustration, and sorrow where action and change were far out of reach.

What do you possible say to your children other than the truth and provide as much love and support as you can?

Epictetus said, as you tuck your children in whisper to yourself ‘They may be gone in the morning.’

That feels like a brutal slap in the face but as we’re confronted with almost each day, life is fleeting and the world is cruel. It shouldn’t happen, but it does. So it’s not a slap but a daily and realistic reminder not to waste a single second of our time. It is one small thread of clarity that can come from tragedy: be present, be loving, be forgiving.

It can all go away in a blink. There’s nothing we can do other than be what they need right now. Right this second.

Running won’t solve the world’s problems, but for me, at least, it’s not bad therapy.

I was out early for a humid seven miles and to remind the locals that no one sweats more than me. At least it felt that way. I’ll spare you the photo.

Returned home to find the girls in their usual spot. I was quite happy to capture the furrowed brow stare of the common American teenager.

As we hunt around for any sort of deals (do you even know what a deal is anymore?), we tried Wal-Mart for grocery shopping this week. The only good time to visit: pre-9 a.m.

Due to a long ago, pandemic impulse ticket purchase, much of this Saturday was taken up with seeing the Boston Ballet’s Swan Lake, so just a quick morning trip to the transfer station.

The swap station activity is heating up.

We are ready to get planting on Sunday. Flowers, tomatoes, peppers, eggplants.

Ten years ago, we got our first look at Dash with his new litter mates.

They couldn’t get rid of me and my request for pictures in public fast enough.

Ballet is the one art form I really struggle to enjoy. I can appreciate it. From afar.

Like from one of my favorite remaining used bookstores just around the corner.

Meanwhile, I’m told the black swan did do the full 32 fouettes. And the girls enjoyed the show.

While it was touch and go all day, the only time there was sustained rain yesterday was during the time we had to walk from the theater district to the North End and wait for a table.

We did end up with a nice table. We’d never sat upstairs at Giacomo’s. Sadly, our favorite, reliable North End spot has been sold. One more victim of high Hanover St. rents and the changing neighborhood.

You used to be able to trip over a good restaurant down there. Now, you have to be more careful.

Case in point. This very icy “gelato” looked a lot better than it actually tasted.

Mike’s Pastry was still its usually bonkers Saturday night self.

Back home, Allison did not do 32 fouettes but it wasn’t for a lack of trying.

Running won’t solve the world’s problems. And neither will a cannoli.

But they also don’t make things any worse.