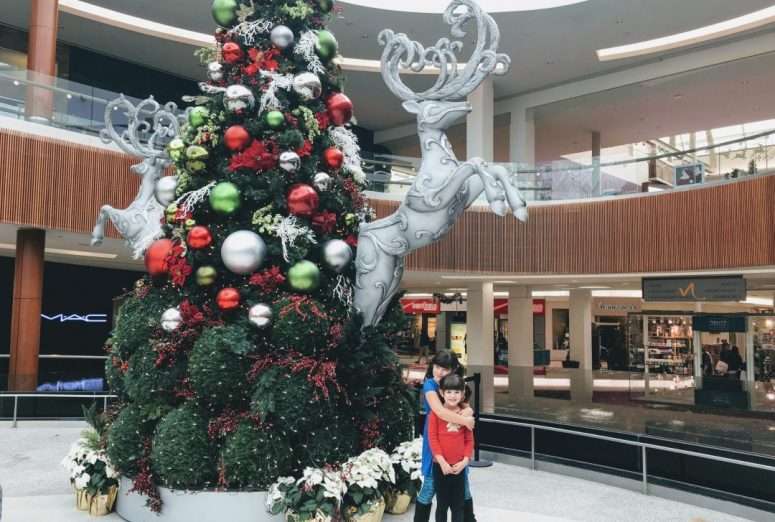 We had Cecilia’s parent-teacher conference last week. I really like her teacher this year. I specifically like that she’s open to the new methods but recognizes that the older techniques still have merit. In short, I’m glad I can understand some of the math homework each week without having to lookup and re-learn how to add 2 digit numbers.

After spending the first few months of the year on learning the underlying concepts, third graders are finally moving toward rote memorization. That means flashcards! I love flashcards. Part of my courtship strategy with Michelle was to create flashcards for her in college. It was only during the last house move that I was finally convinced to throw away a box of rubber banded flashcards dating back to freshman year high school biology.

I think this type of learning will actually really help Ce. There were times in the last two years where the sheer number of concepts and ways to solve an equation just screwed her up. It was analysis paralysis. She knew what to do, but just couldn’t pick a way to do it.

It hasn’t all been wine and roses (okay, there has definitely been some wine), but we have seen her confidence kick up a notch as we’ve been working our way through the multiplication tables using flashcards. The deliberate practice each day has also helped us a bit with piano and other daily activities where she hits up against some resistance.

Who knew flashcards could also help with parenting?

You know what also can help? The Brady Bunch.

We started the day on the couch watching The Brady Bunch wrestle with lisps and bullies. It was not a subtle episode (were any of them?), but I did enjoy how it neatly meshed and resolved the two different plot threads. Plus, I didn’t realize Mike Brady was such a badass. 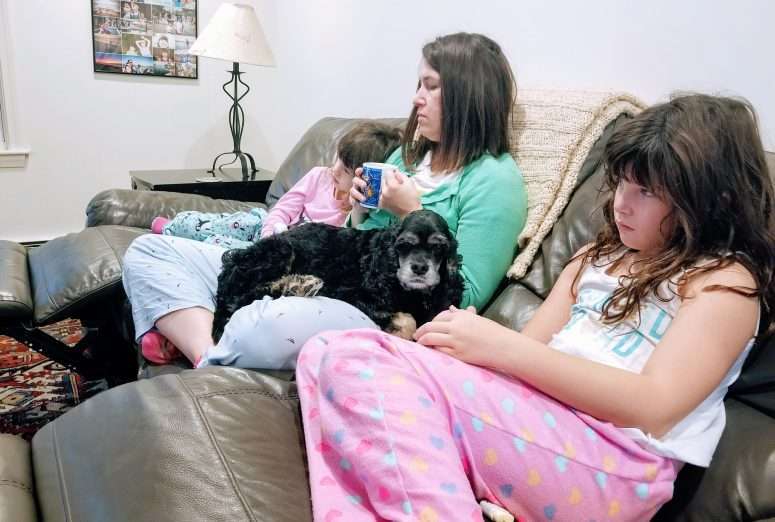 Ally was very excited to find a birthday gift bag from Cecilia’s party for her, too, when she woke up. Thanks, Kate! 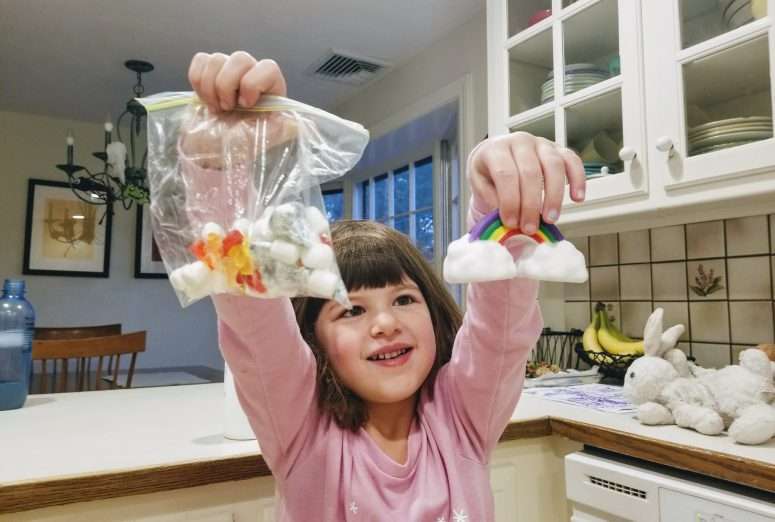 In a patented Chelle move, she disappeared from the couch and twenty minutes later we had pumpkin chocolate chip muffins. 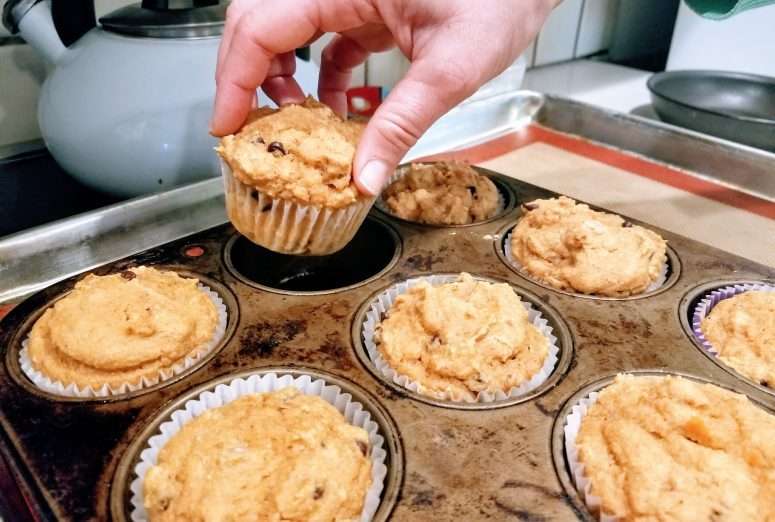 Ally was very excited that her hair was long enough the have “real” pigtails like her big sister. 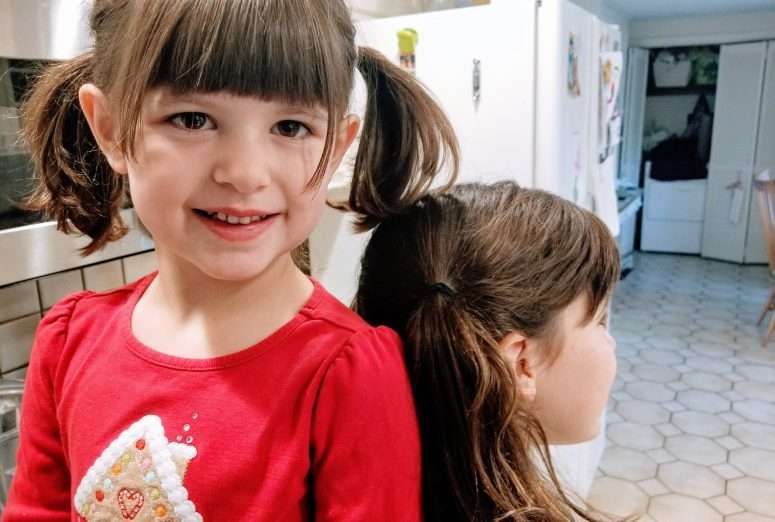 It was Cecilia’s last art class. They talked about different mediums and mixing colors. All good things to know, however the take home pieces were both done in chalk which quickly ended up all over. I guess another lesson learned. 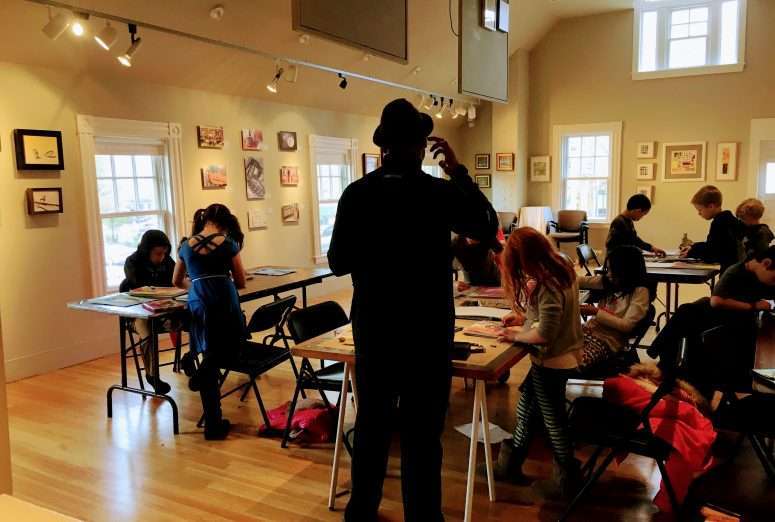 After the art class, it was back to the mall to exchange the coat. One reason I got married was to never have to go to mall again. I had written into the vows. So Chelle was on her own here. 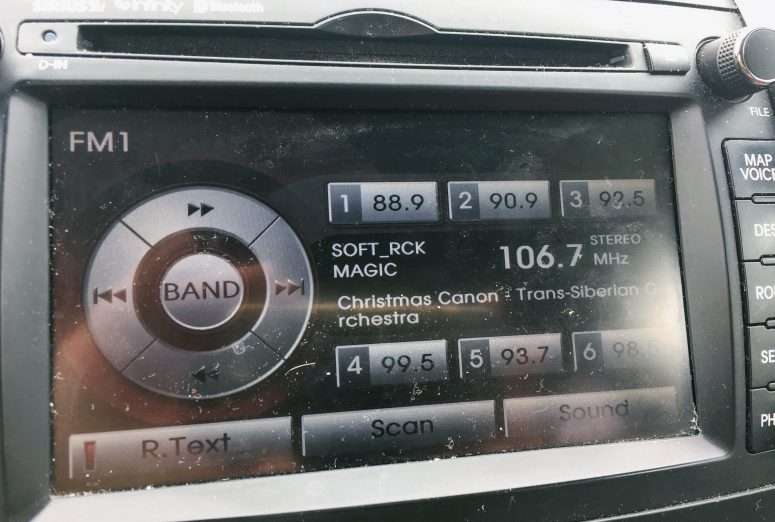 Good news! There was no problem getting the coat refund back on our 14 year old gift card.

Of course, no trip to the mall would be complete without a visit to the American Girl doll store. It eats up time, but we at least have them trained at this point that we will not be spending any money. 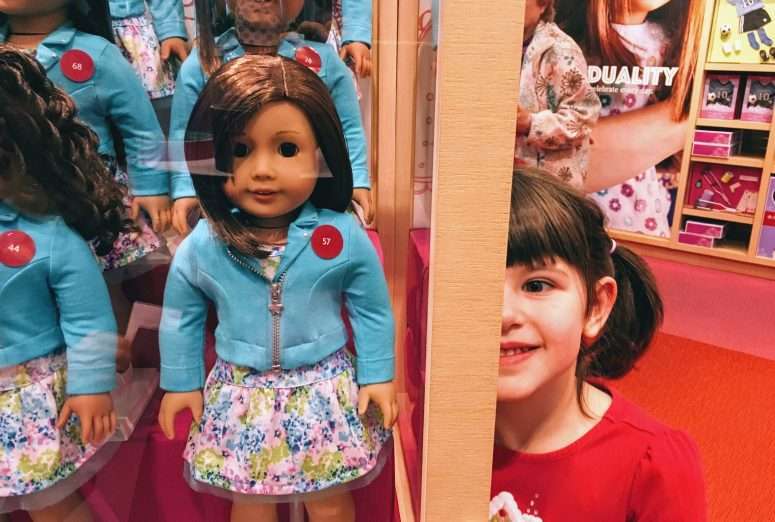 There was also a very early visit to Santa. Ally couldn’t believe it. 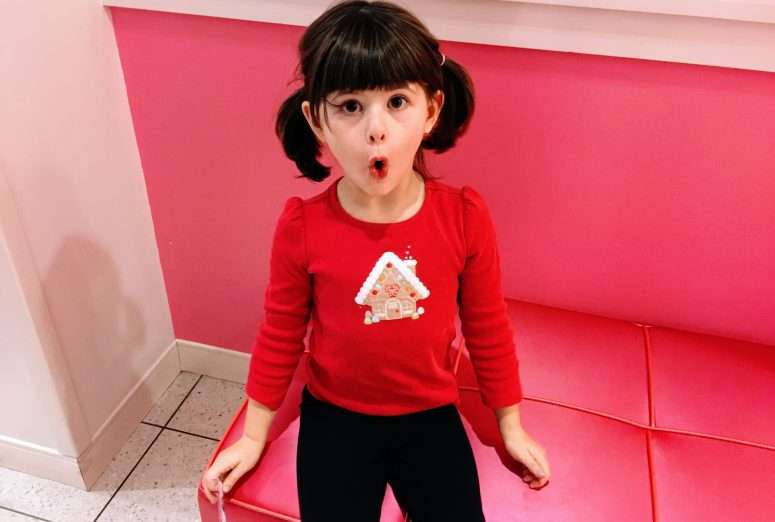 Can’t hurt to get the requests in early. They are not getting Gucci. 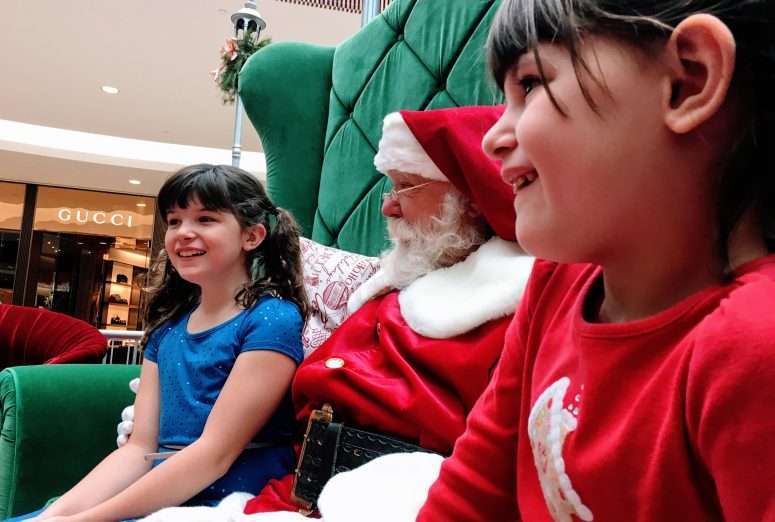 Meanwhile, Dash and I took a woods walk. It was the exact opposite of visiting the mall. 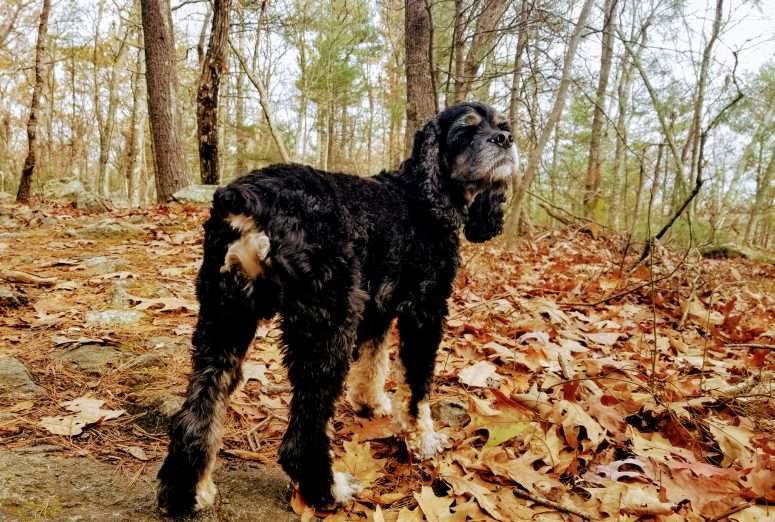 When they returned home, there was an animated discussion over lunch about Christmas lists. Ally is still on a taco kick for lunch. 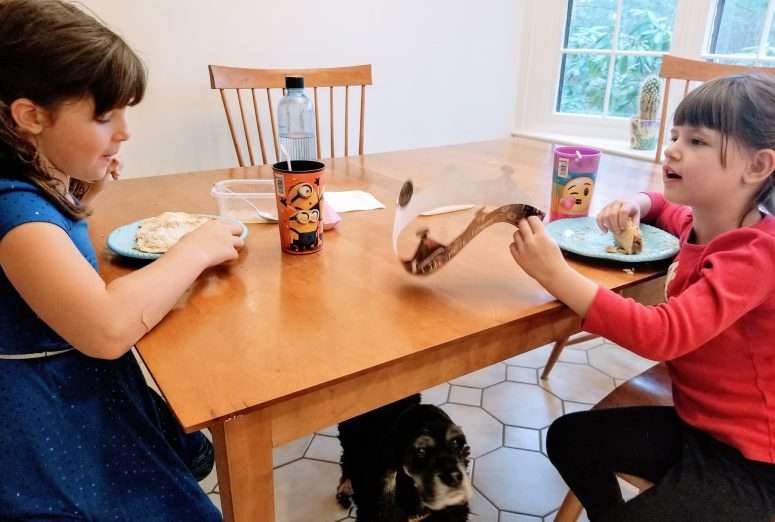 After all the mall excitement, the rest of the day paled in comparison. They were both up late yesterday, so it was mostly downhill after lunch as it all caught up to them.

I am not sure what is going on here other than giggling over something in the Guinness Book of Records. Not a good sign. The giggling went on for a long time. As all parent know, uncontrollable giggles = very tired. 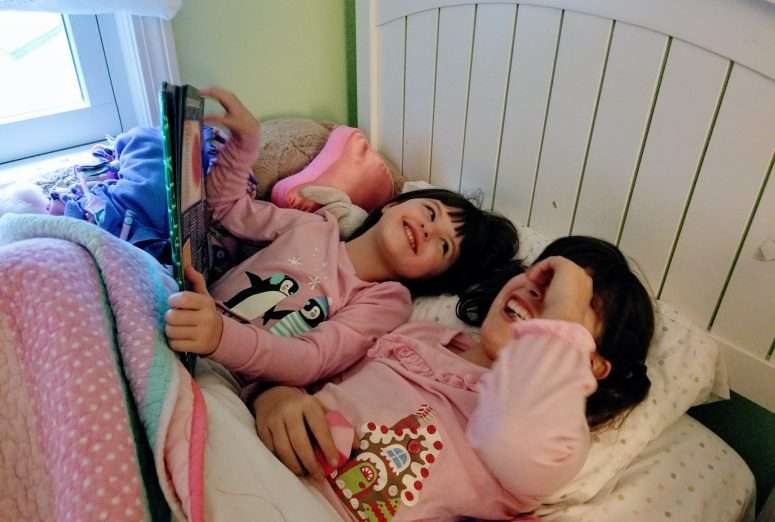 Cecilia held it together enough to get through a special rescheduled Saturday piano lesson. 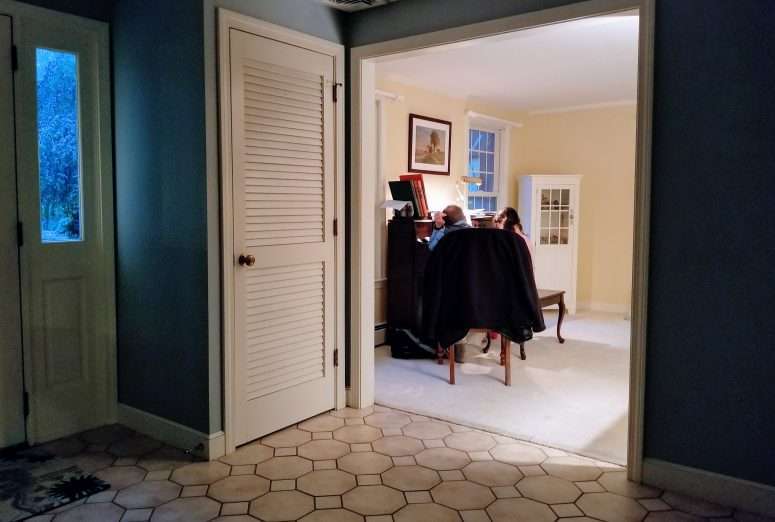 Then there was some sort of performance while they skyped Zio and Zia in San Diego. 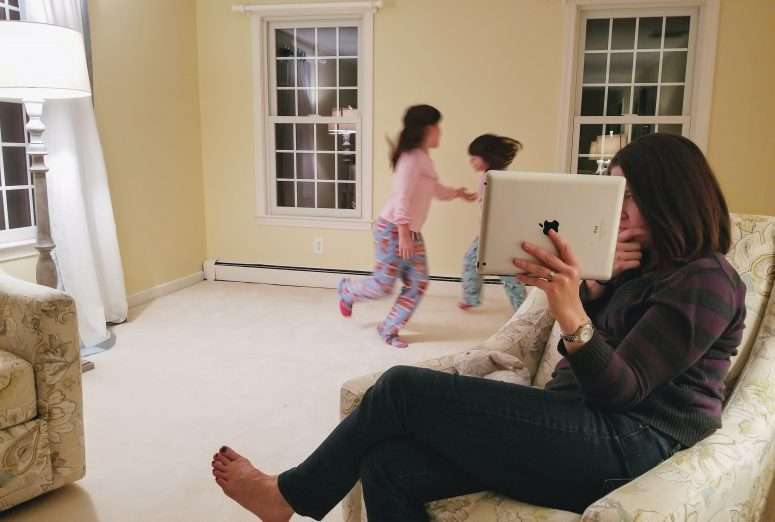 Then the giggles came home to roost and the crankiness came crashing down. As quick as we could it was dinner, a little couch time, and bed. 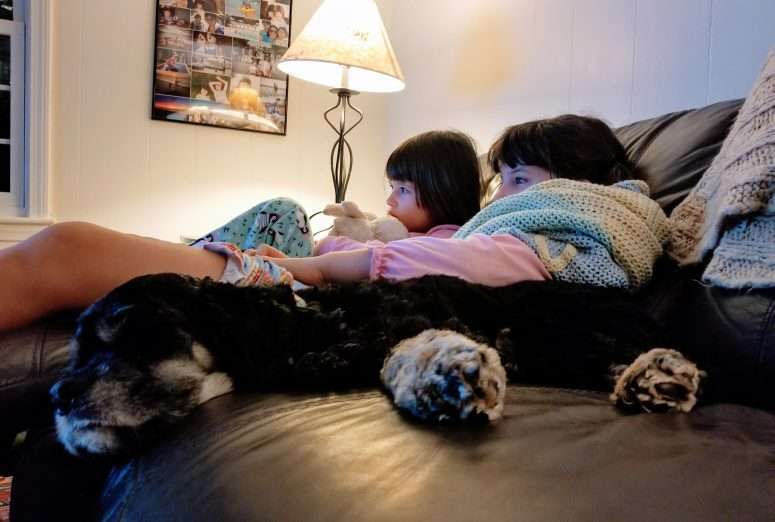 And remember, flashcards don’t just work on school days, they work on the weekends, too. Especially to put your kid to sleep. 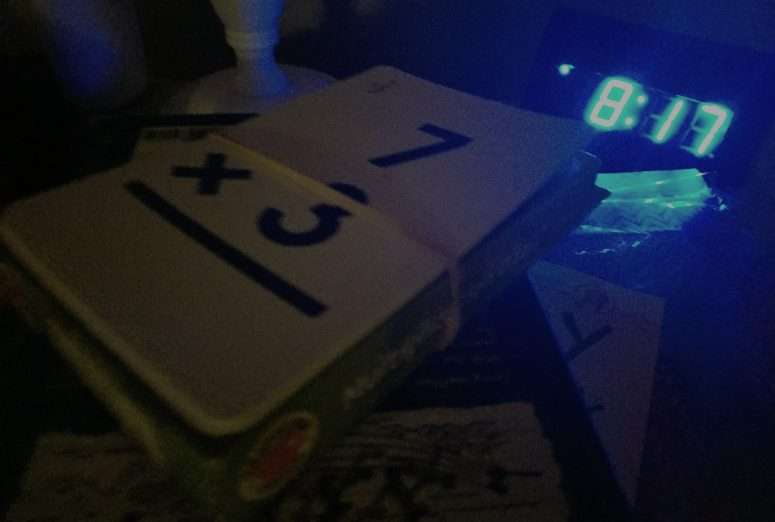 I’m excited to be almost done multiplication, so we can move on to division and I can use one my favorite Dad-math joke:

Why did the girl wear glasses during math class? Because it improves di-vison.

I’m pretty sure the amusement (bemusement?) of Dad jokes are an evolutionary trait to help us survive the endless parade of non-sequiturs that masquerade as elementary school humor.

If you can’t beat them, join them.