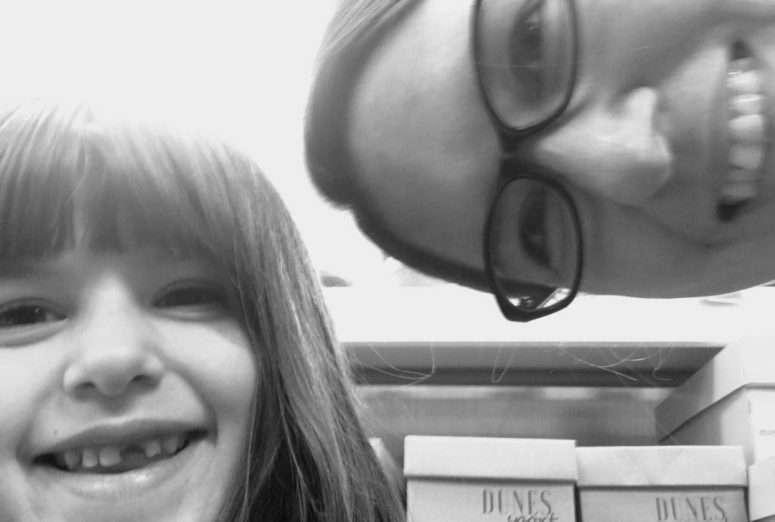 Each year Chelle buys a big five-pound bag of candy. Each year we get between 2 and 4 trick-or-treaters. Each year I complain. Each year she says, “Just in case.” Luckily, this is also how she approaches buying wine so I have plenty of opportunities to pair the remaining 4.8 pounds of candy with the perfect red.

Both girls wore off-the-rack costumes heavy on the glitter. Feels like we passed into a new phase this year. They both embraced the vampires and skeletons motif over princesses or ruffles. There were still sparkles but also fake blood. Sort of had me missing Minnie Mouse.

They did their own makeup, too. I’m pretty sure this was the part of Halloween they enjoyed most even though it appeared as if they both took heavy hits of lithium before applying, but the end result certainly fit their ghoulish look and we avoided tears. Wins all around.

We start on the couch with a Halloween hangover. I honestly can’t remember the last time Ce was sick. I think it was the first week of second grade. The girl could lose a toe in a freak scooter accident or her pancreas could explode and she might wince and shrug. So when she came off the bus complaining yesterday, I knew it was legit. She started and mostly finished the day on the couch.

No Liv & Maddie, it was a Bunk’d marathon. I think I may prefer Bunk’d by a nose over Dove Cameron and her crew. 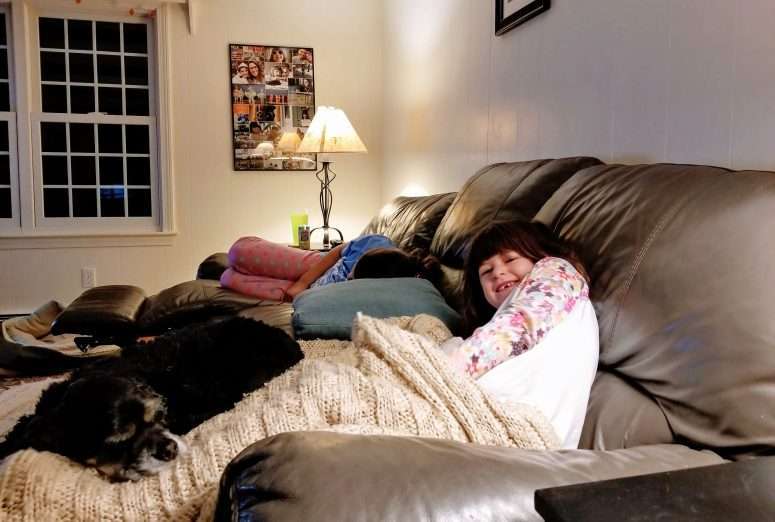 Lead by example. Michelle has started studying for her certification test in February. Can’t complain too much when Mom is also doing flash cards and practice tests. 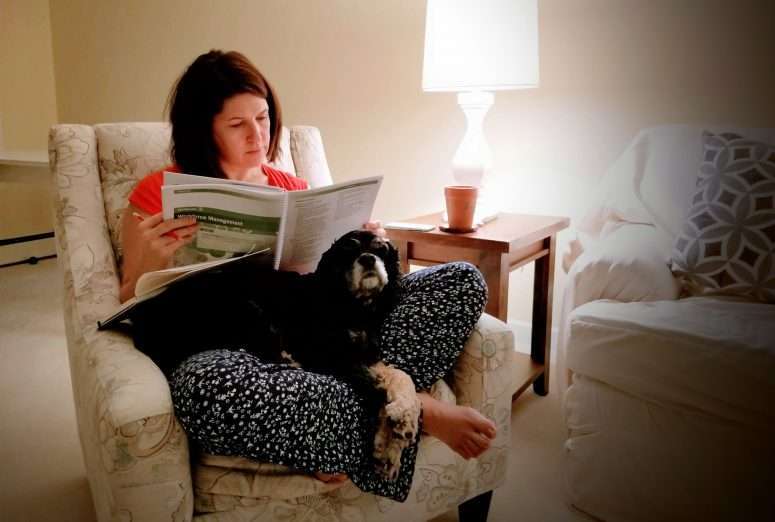 It was a Haley House weekend. With Cecilia down, Ally admirably filled in, helping me with the vegetable chopping as we made the chili. Nothing like making the house smell like ground beef at 9 am. 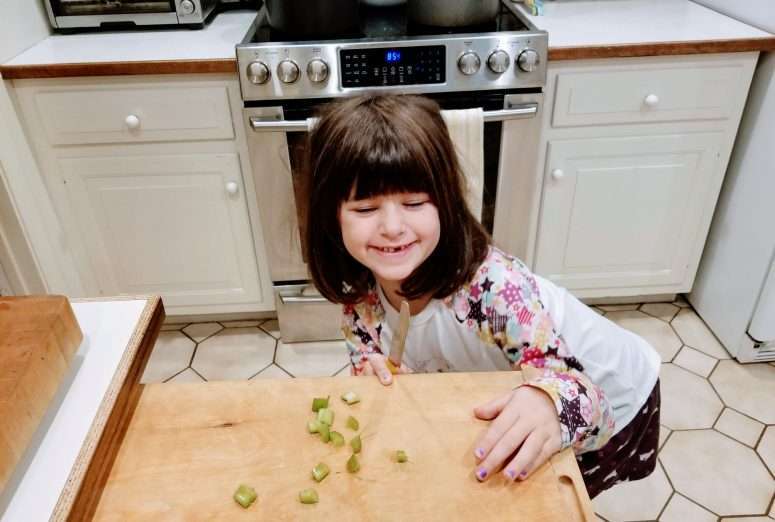 More rain meant another Saturday of no soccer. My second season of coaching had four rainouts and 2 kids break their arms (not during soccer). Tough season. But everyone still gets their participation prize. 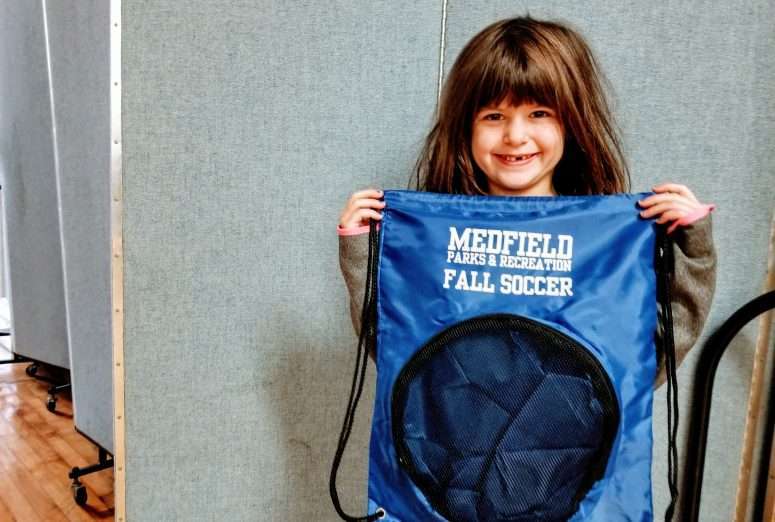 With the rain pouring down, the kids happily bounced (sometimes quite literally) off the community center walls after they picked up their bags. 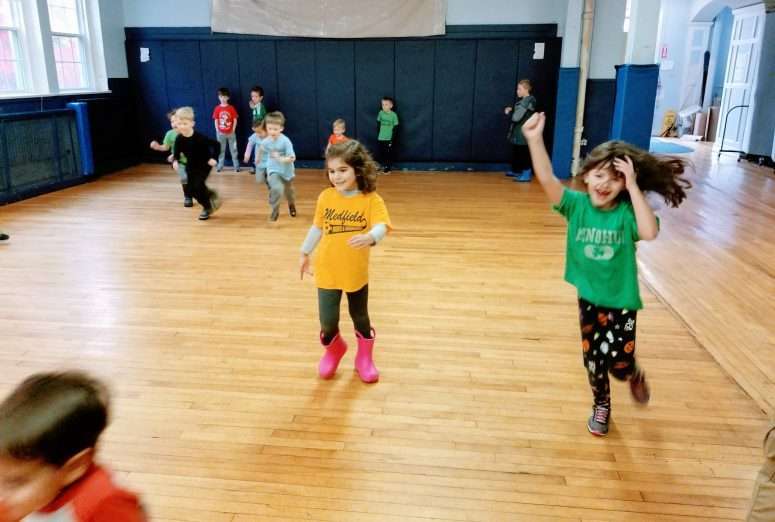 I’ve trained Ally to run in and look for my books on the library’s hold shelves. Sure, I sometimes end up with other people’s books but that just keeps my reading list interesting. She’s right 90% of the time. 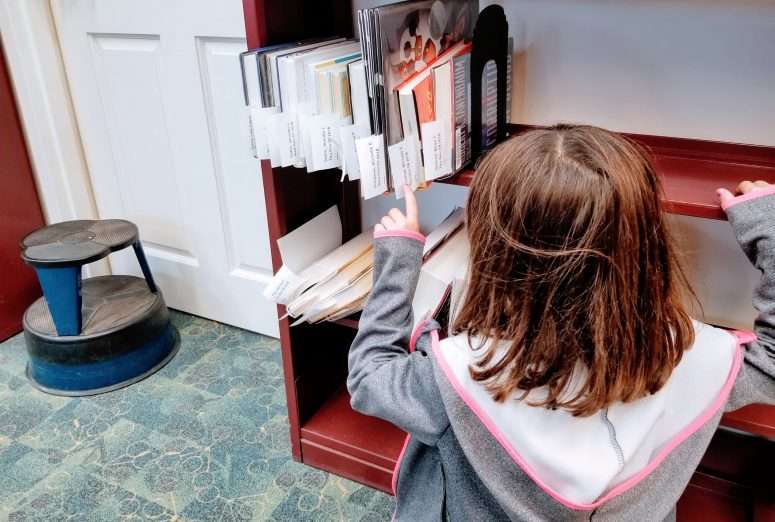 I should have known better than to leave Michelle at home without an agenda. Ally and I returned to find piles of of things from the basement pulled out and being sorted.

The good news was by this point Cecilia was claiming to be bored so she was feeling better. Or maybe after 14 straight episodes of live-action Disney she was beginning to see the plot holes and dialogue issues. 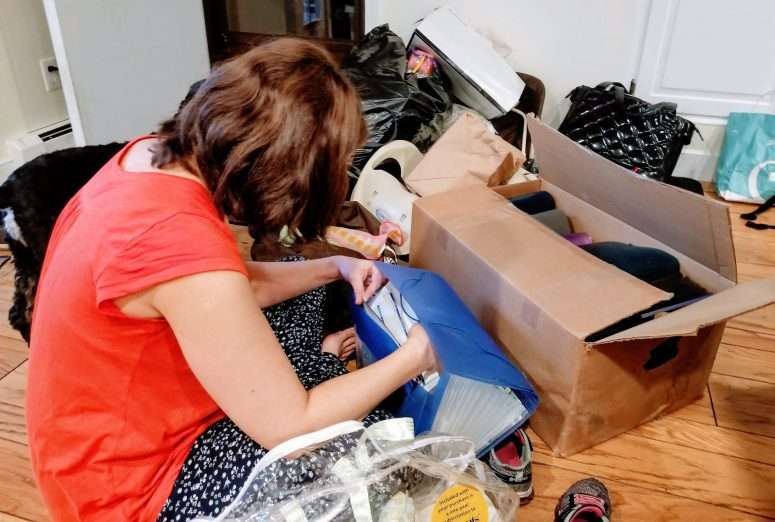 Ally has taken her crafting to a new level in kindergarten. She was thrilled to learn how to draw a star this week. I’m finding scraps of paper full of constellations all over the house. 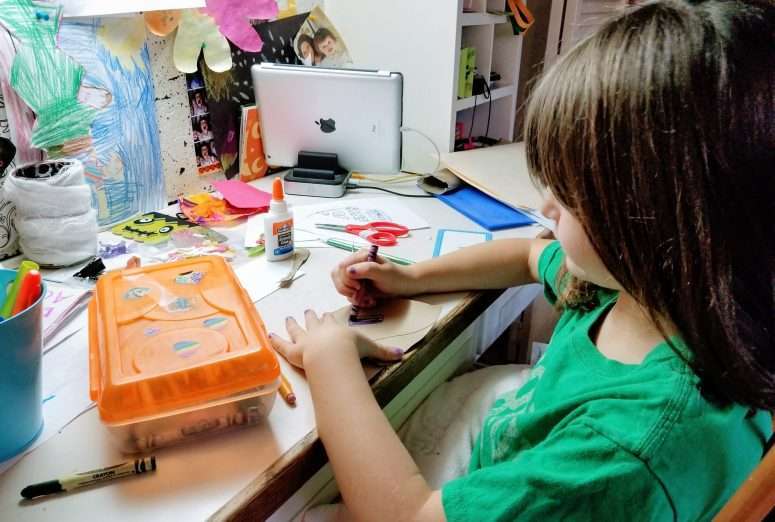 An Ally and Chelle artsy-selfie in the aisles of Marshalls. Don’t leave your phone unattended. Ally has discovered selfies. Christmas is now in full swing at the stores yet somehow we didn’t end up with a new wreath or tablescape piece.

Back from shopping, Ally was happy to get her own “workout” in next to me on the treadmill. No strava data on it, but I’m sure it won’t be long…

It eventually did stop raining and Dash was able to get in his walk (very gingerly, avoiding anything that smelled like a puddle). The leaves have finally decided to turn in the last week. #nofilter 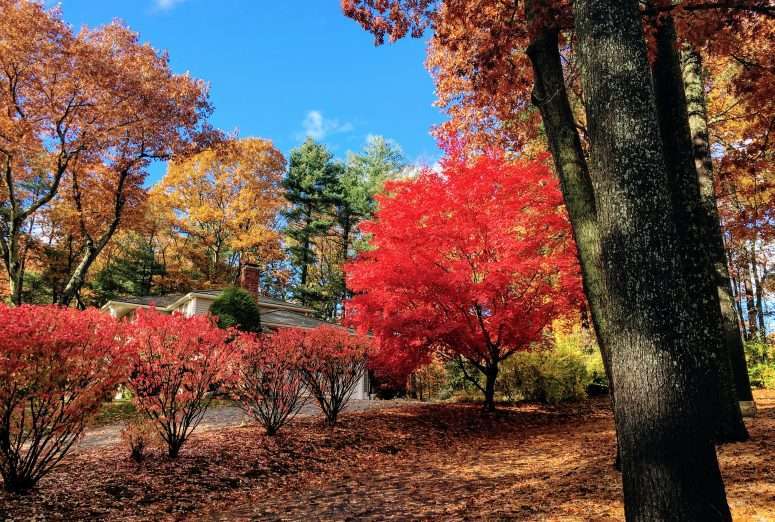 Michelle headed out to see a movie (A Star is Born). I played some cards with Cecilia. Ally continued her intensive craft training. She’ll get through her 10,000 hours really soon at this rate. 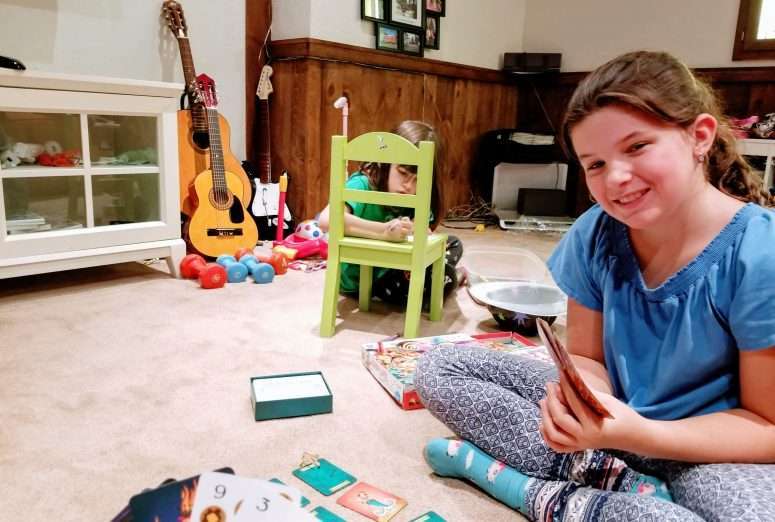 We came full circle by 6 pm and finished the day with some chili and Transylvania 3 before getting an early night. 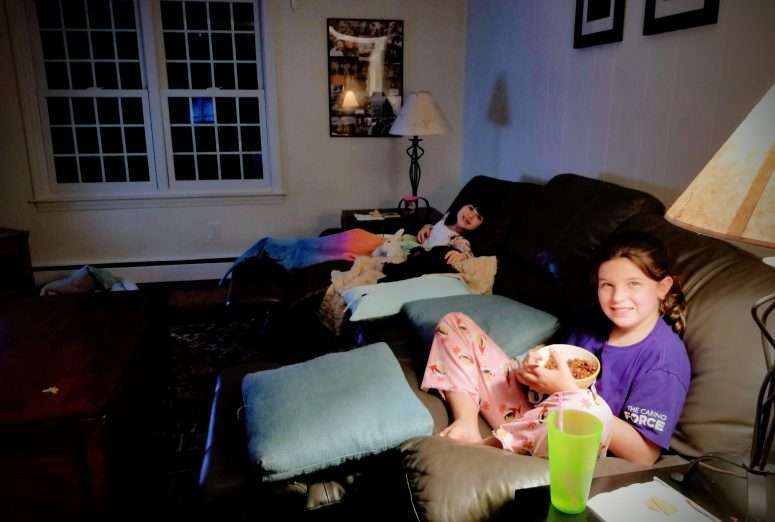 After yesterday, we’re down to 4.65 pounds of candy. Here’s what I’ve learned: a simple Hershey bar is best with a red. Skittles and wine do not mix. 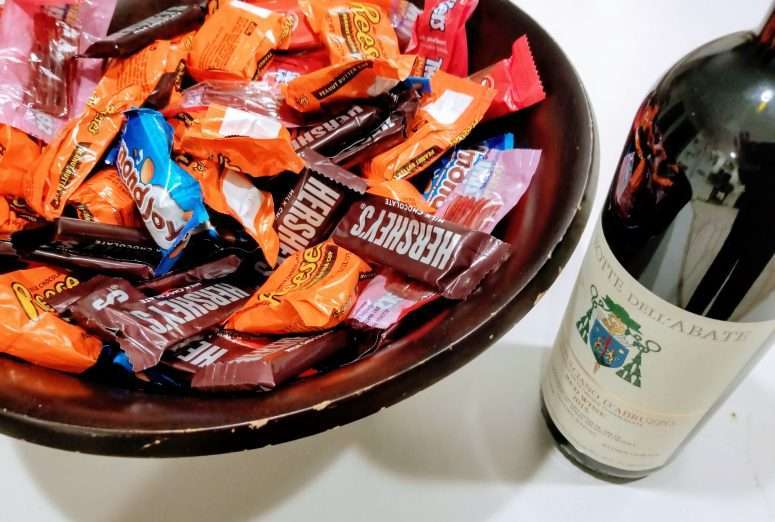