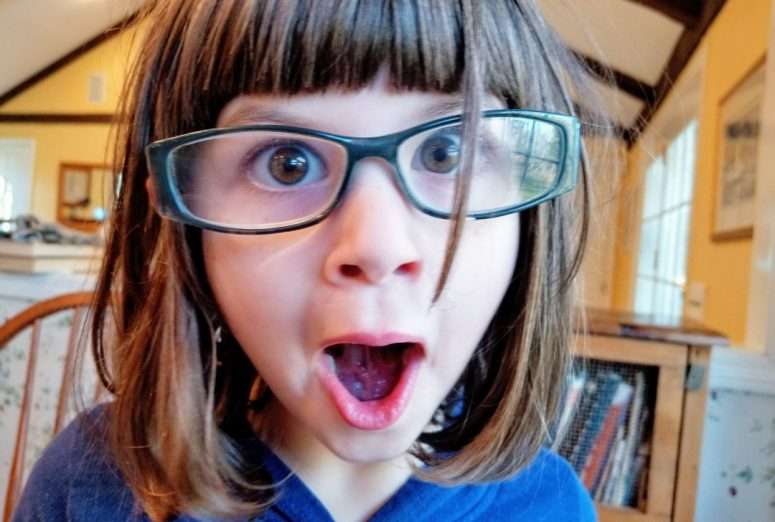 I took Ally to her first hockey game on Friday night. Things were going really well until the mascot showed up. We almost didn’t make it to the second period. Ally is still getting over her fear of giant, furry costumed characters and animals. It’s called masklophobia and I’m sure it’s threatened to ruin more than one Disney vacation.

I suppose seeing a six foot scowling eagle walking around can blur the lines of reality for young kids and freak them out. She loves Halloween and dressing up, so I think it’s just the size of them and their antics that she finds disorienting and terrifying. I’ve been assured she’ll grow out it.

For now, I’m just thankful that ice cream and avoidance was an effective antidote. We managed to watch all three periods and she was exhausted enough that she fell asleep right away and there were no screaming 2 a.m. visions of McGruff the Crime Dog.

Given the late hour, Allison was not up early, so we start on the couch with just Ce, Dash and their trusty devices. 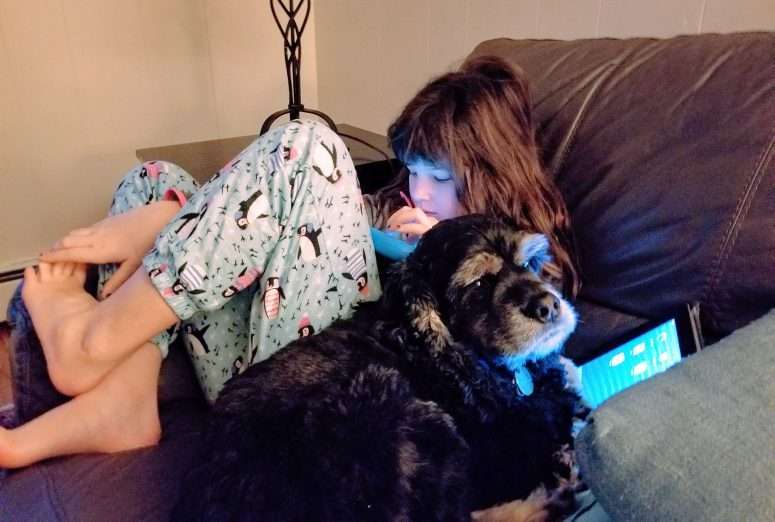 Ally did eventually make an appearance. She is not a morning person. 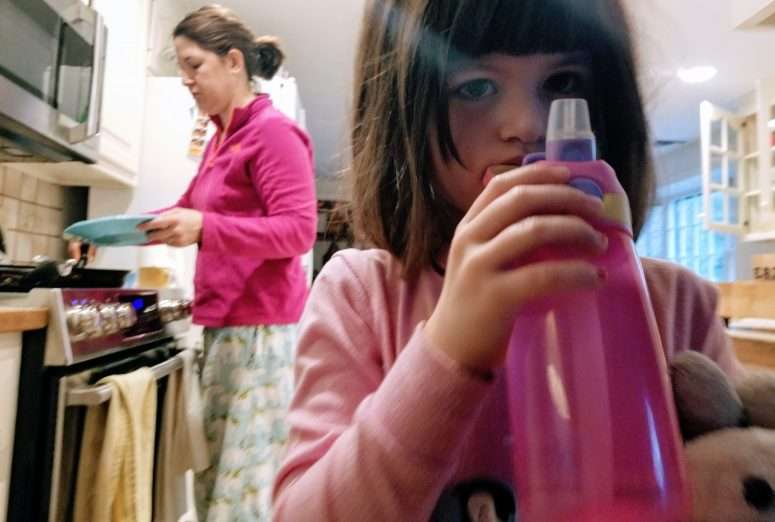 At the best of times, I gently frown on Michelle’s penchant for giving the girls whip cream whippets. I definitely frown on it at 8 in the morning. In her defense, she says they had at least already eaten breakfast. You an see Ally has shaken off the cobwebs. 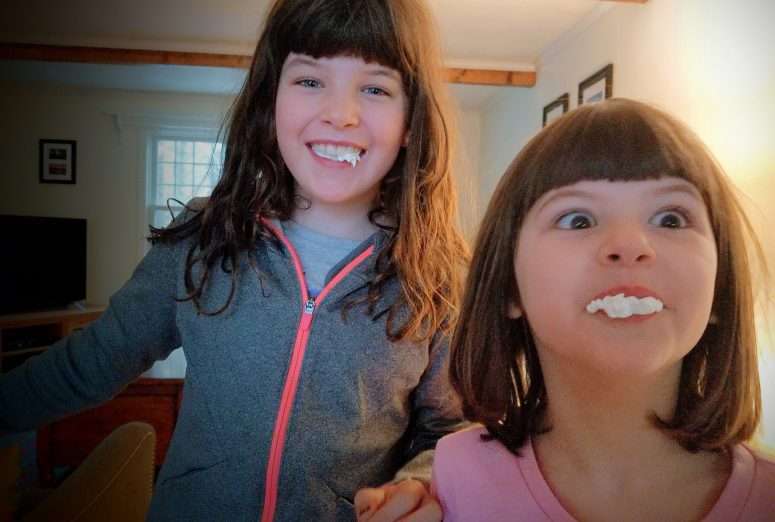 We went drove down to Rhode Island to visit GG. I will say I’m leery of unfettered screen time, but these tablets are great in the car and save me from having to listen to bad kid bop music. 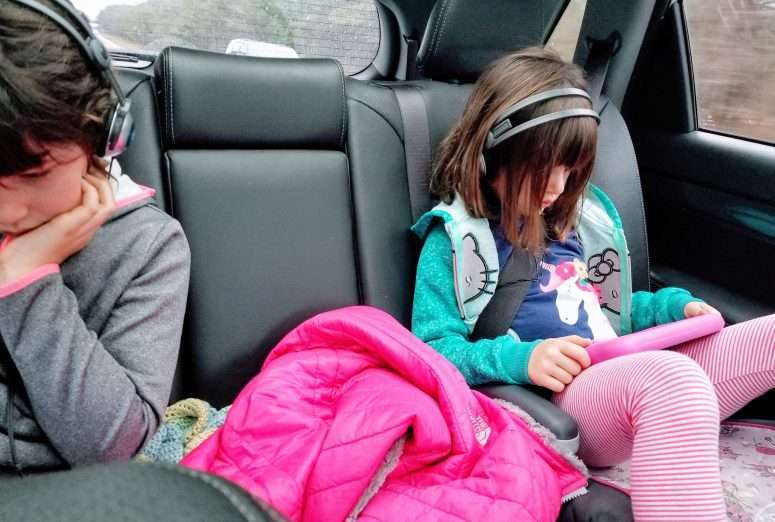 On the way down, we made a quick pit stop at PVDonuts. As always, interesting flavor creations, but sometimes simple is best. 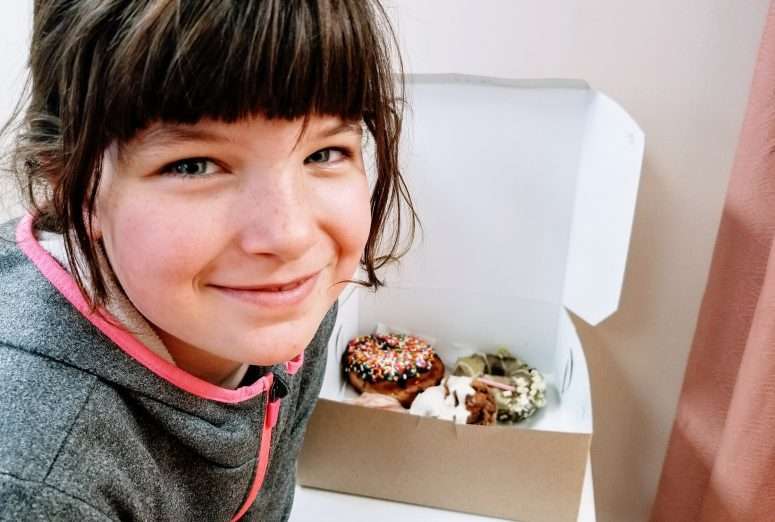 The consensus winner of the bunch was the brioche chocolate sprinkles. Can’t beat a classic. 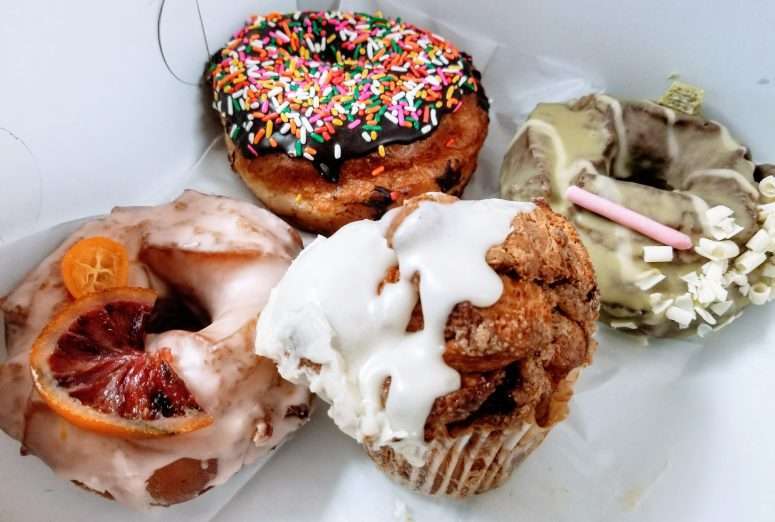 The girls brought the energy and donut sugar to the rehab center. 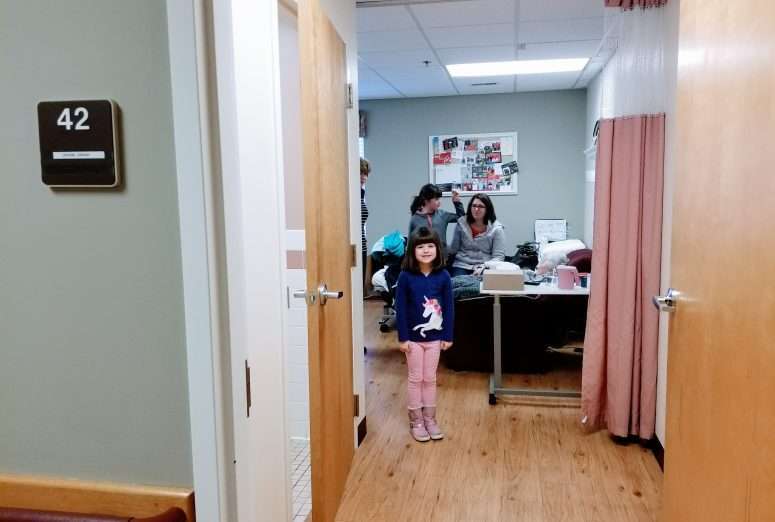 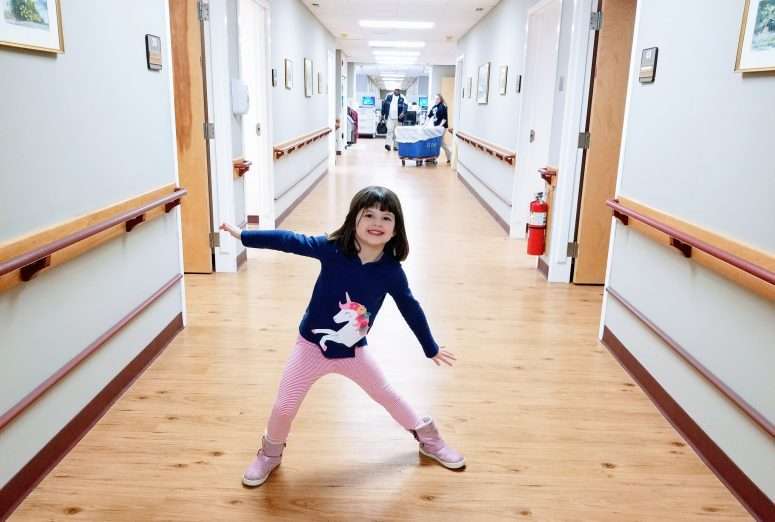 Cecilia joined in the residents’ noodle games. Actually, five minutes later, the rec director was sitting down and Ce was leading the games. Ally was happy to help collect the errant balloon hits.

You’ll also notice a week’s time has not dulled Ce’s enthusiasm for the pink cowboy boots. 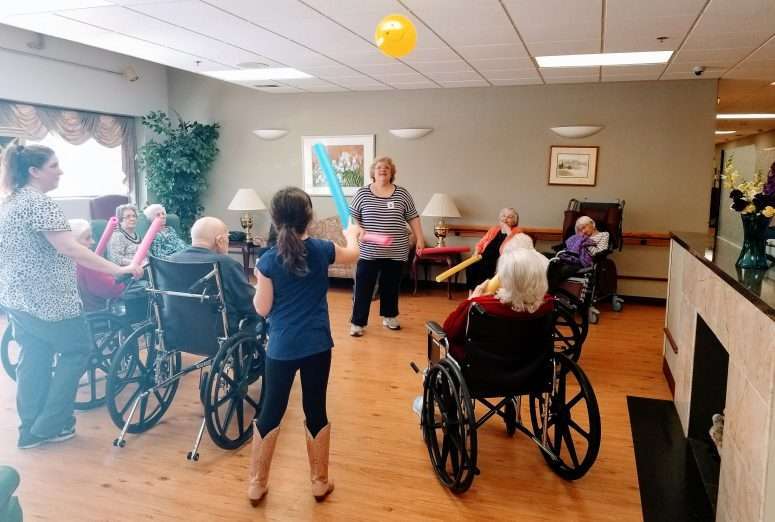 We went back to the Grandmom and Poppy’s for lunch. 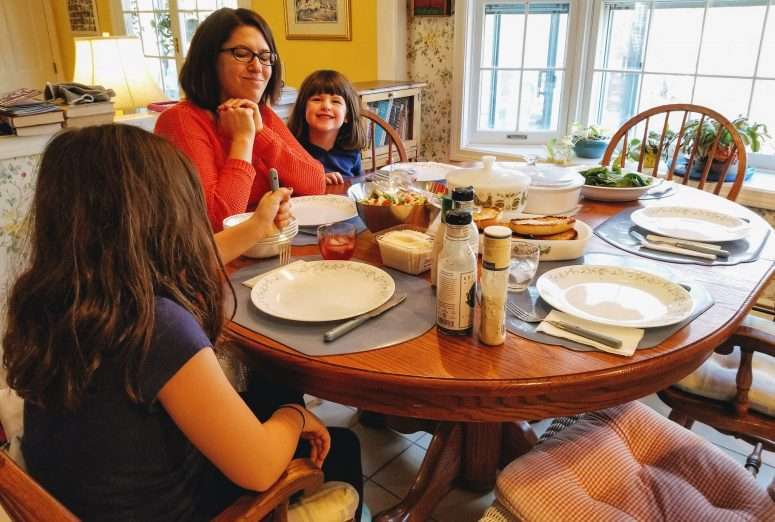 And a tea party, of course. I’ve attended so many tea parties…. 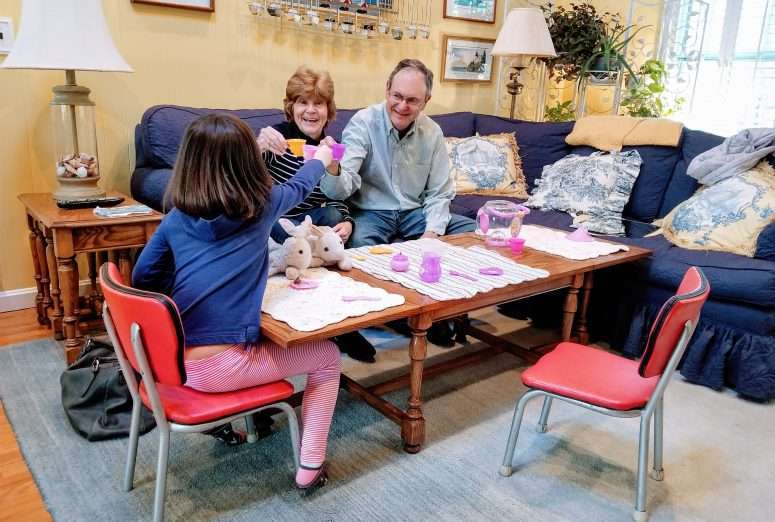 Both girls have a fascination with glasses. Maybe they see it as part of dressing up? They like nothing more than trying on each one of Grandmom’s bag-o-drugstore glasses. 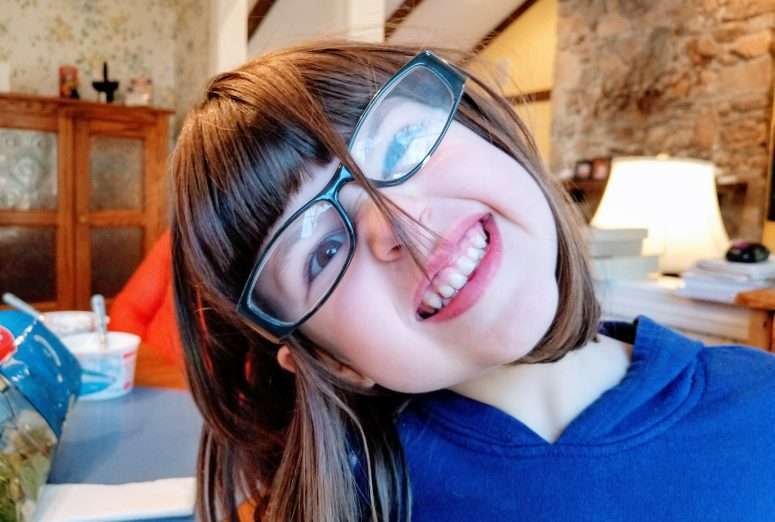 By late afternoon, the cracks were starting to show from the unprecedented late night bedtime the night before and we decided to get on the road while the girls still had the dexterity of motor functions. My co-pilot was ready to go. 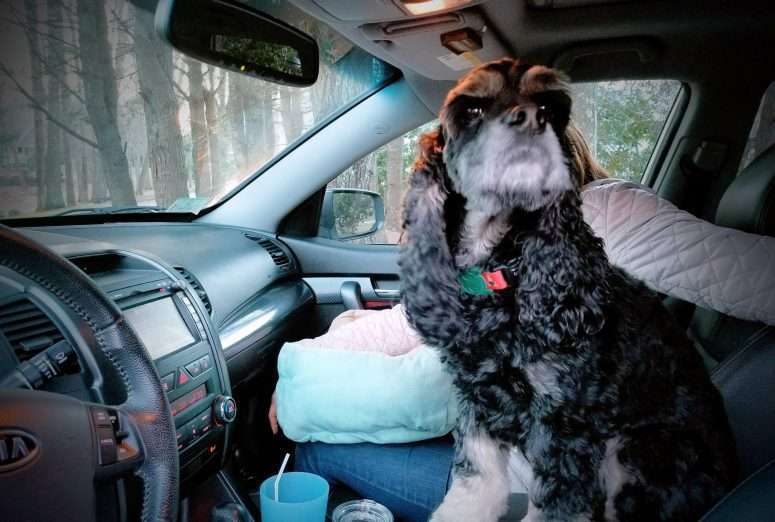 We got back around dinnertime, but had had a big lunch, so time sort of got weird and elastic when you are slightly off schedule. How are the kids fed, bathed and in jammies by 5:30? My brain locks up thinking about it.

Wine was definitely opened. The kids were left mostly unsupervised. A fire was started and football was watched. 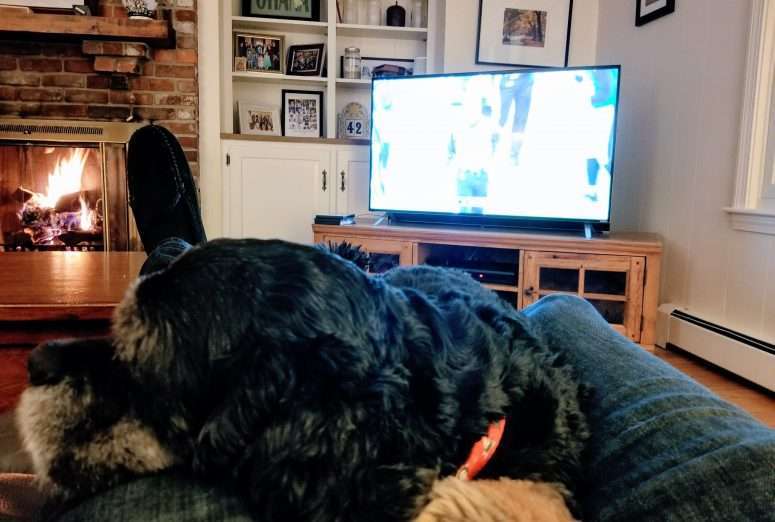 And just to bring it full circle, somehow more whipped cream to end the night 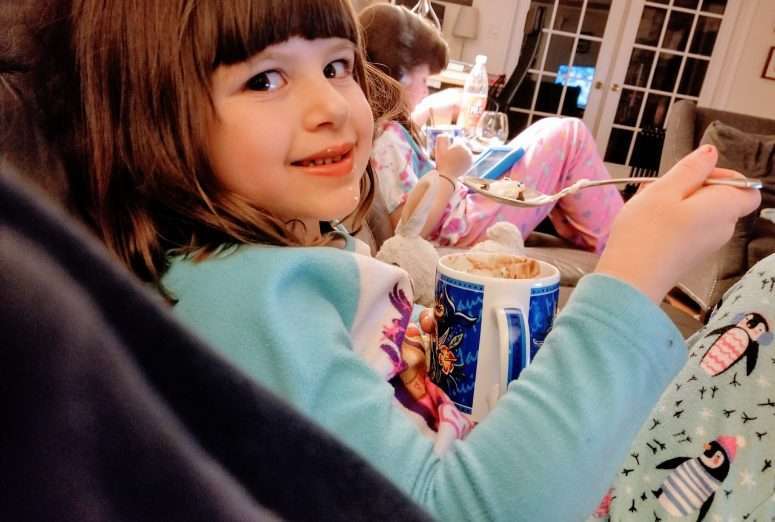 It ended up being a quiet Saturday. Something we all sort of needed, I think. There was no further mention of mascots today. She’s now tall enough to ride all the rides the next time at Disney, but still petrified of Goofy. I’d say she’s growing up just fine.