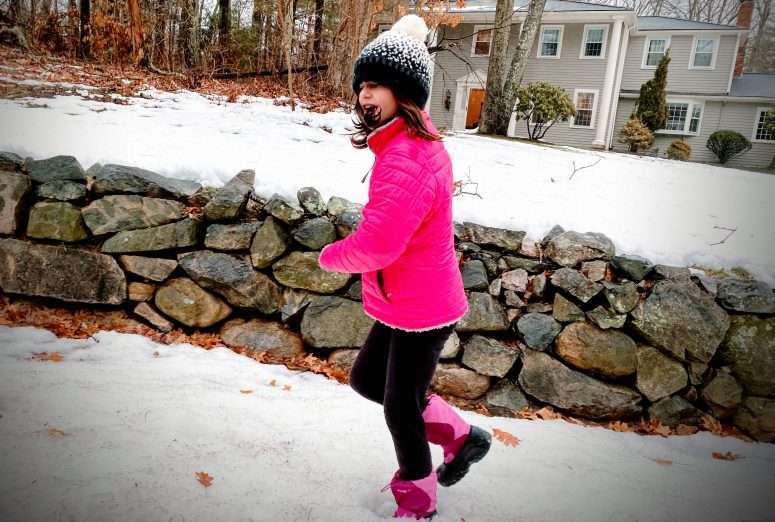 As we near the one-year anniversary of parenting in a pandemic, I keep coming back to the idea of good enough parenting as a touchstone to stay calm and confident and less anxious about the long-term effects of all this on the girls.

The usual start to the day on the couch, but despite the rain, they couldn’t nest for long. Ally had an important errand to run. 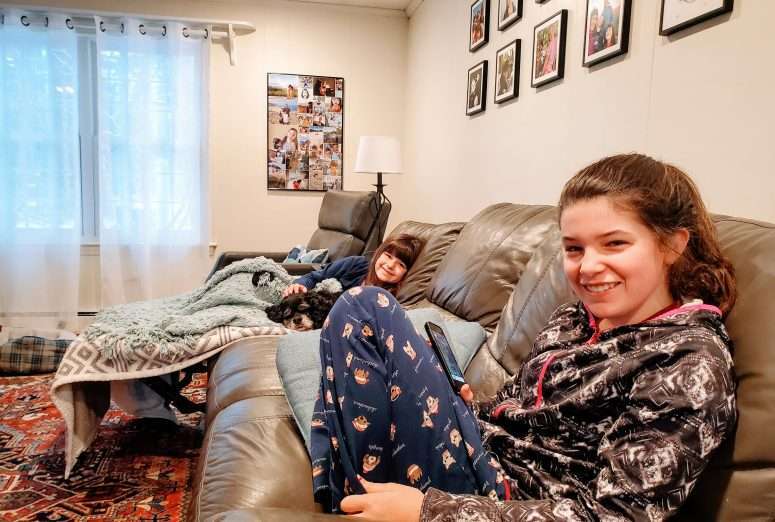 No time for morning baked goods, just short order scrambled eggs on the menu today. She reallly wants to master cracking eggs one-handed. She might not respect many of my skills, but that one is still awe-inspiring to an eleven year old. 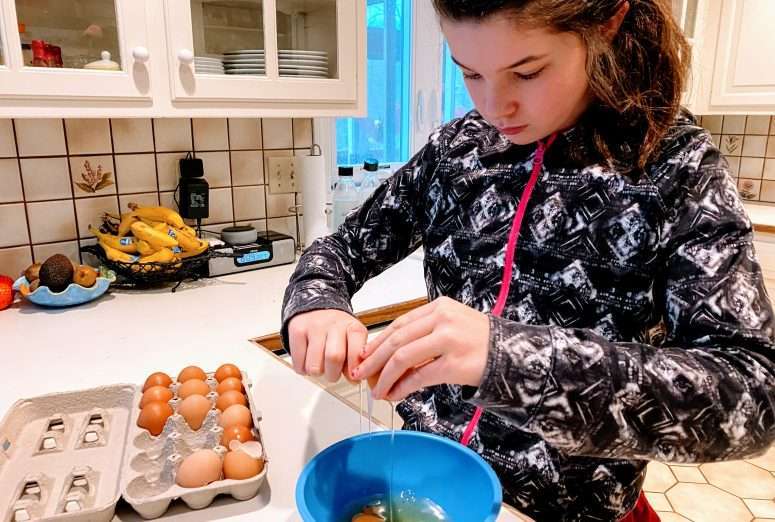 Nothing brings out marital bliss like working out with your spouse! It quickly highlights the differences in your approach to exercise. Treadmills, working out with Dad and a cluttered basement is just about the only thing that gets Michelle really annoyed. Much to the delight of the children. 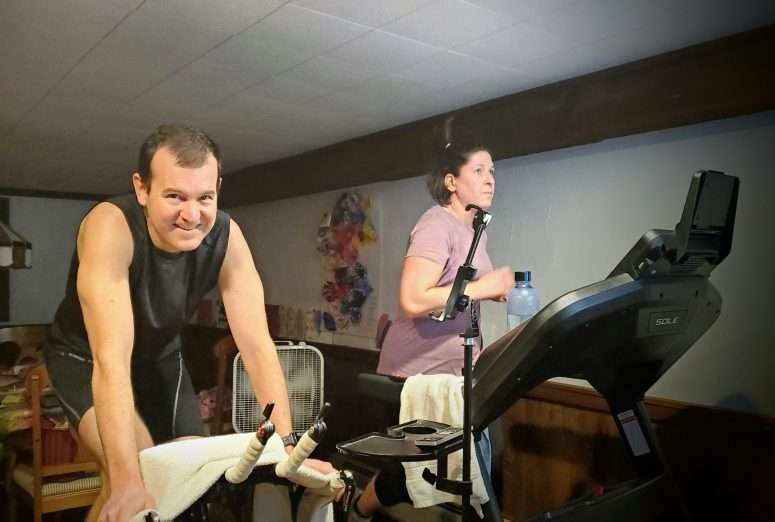 Despite the pandemic, time rolls on and so do the sacraments. Ally has her first communion this spring and on Saturday she went to pick out her dress. 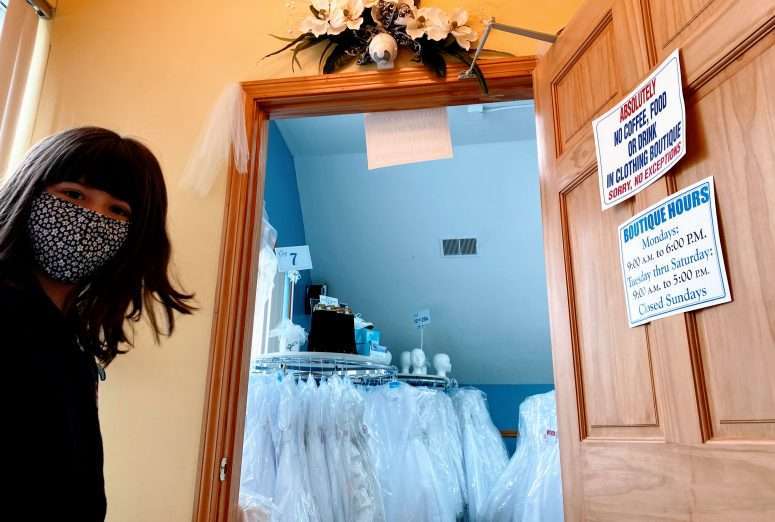 Cecilia was a supportive big sister. They have very different tastes but Ce (mostly) kept those opinions to herself.

This is the same store Cecilia used and her biggest takeaway then, and now, was that she was convinced they sold gravestones in the basement. They don’t but it might make for a good scene in one of my books. 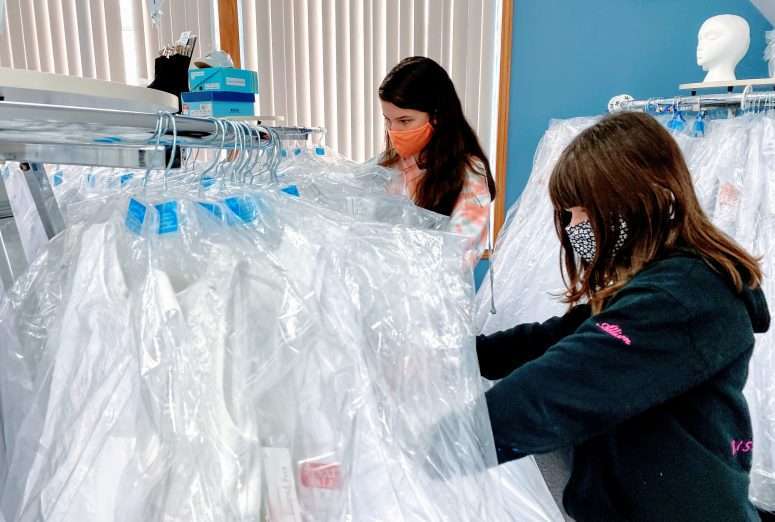 After almost 90 minutes and many testing twirls, we had a winner. More sedate and less shimmery than predicted, she was very happy. 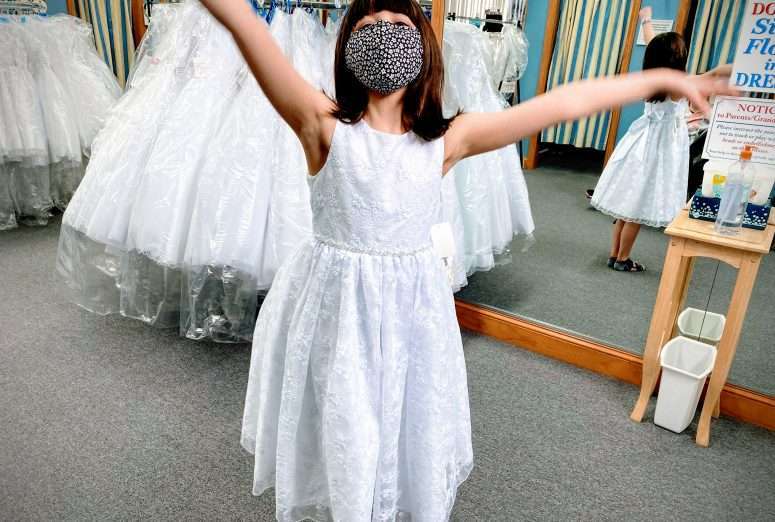 Thankfully, the headpiece did not take as long. 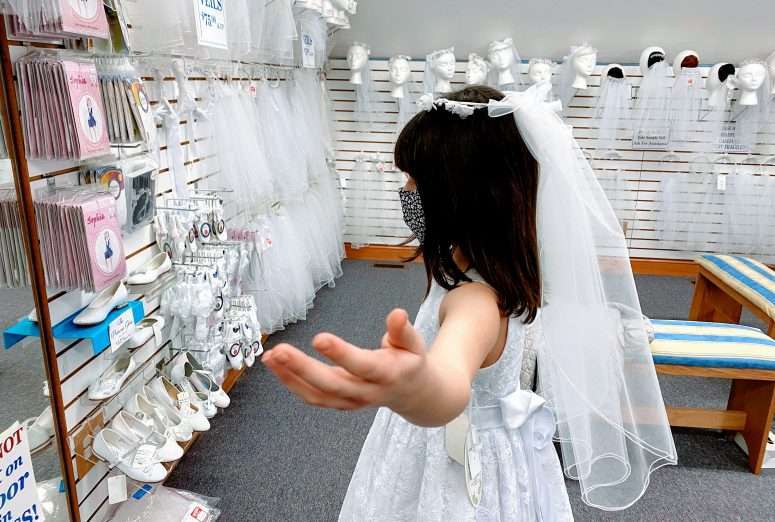 She was so happy and hyper, that she decided everyone should have a first communion, including Dash. He was happy to get the unexpected biscuit haul but not too into her take on canine sacramental wine. 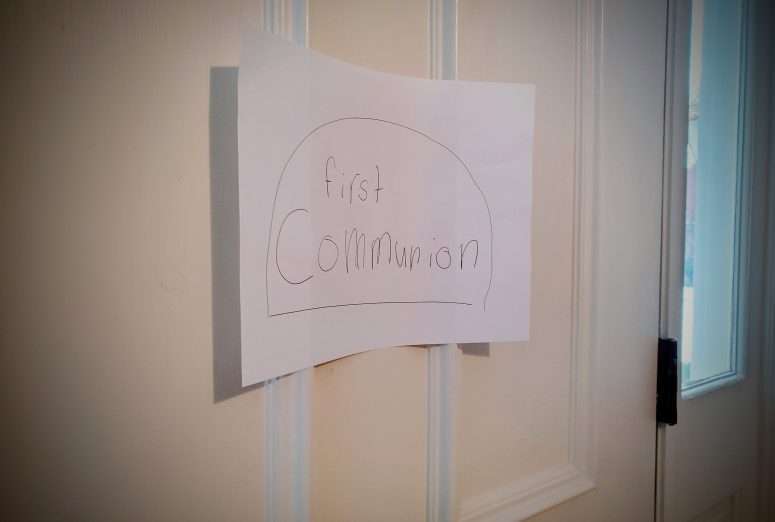 The house just didn’t feel right on a Saturday without some baking so we used some of the browning bananas for healthy-ish quick loaf. Whole wheat, no butter, no white sugar, but someone convinced me a handful of chocolate chips wouldn’t hurt. 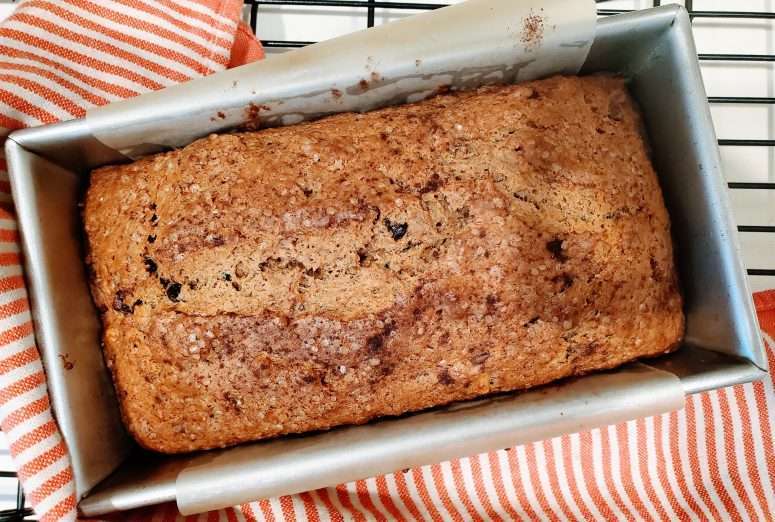 If you’ve called Ally this week, you’ve likely been serenaded by an original song. Have to admit I found myself humming a part of it the other day. She definitely… commits to her performance. 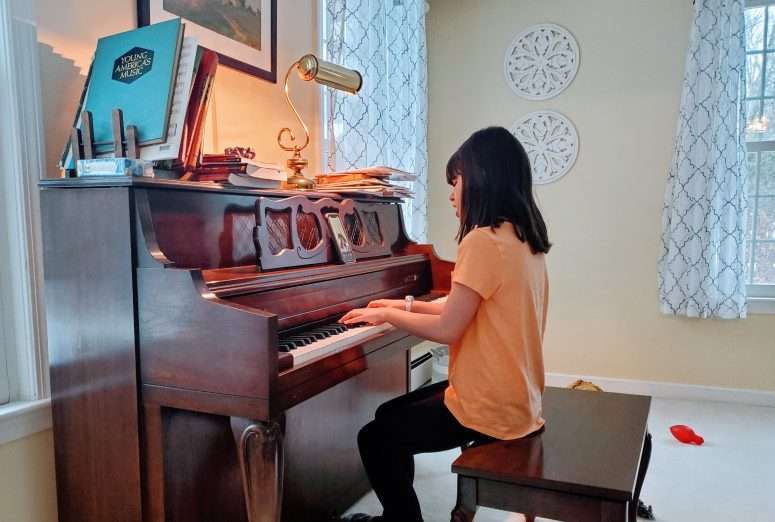 Much of the afternoon was spent calling people and filling them in on the dress details. 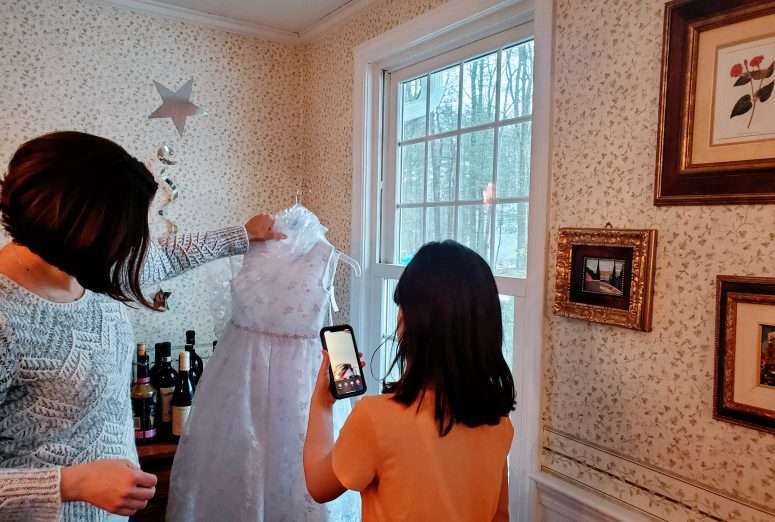 If she doesn’t make it as a rock star, Ally might have a future as a YouTuber. She’s very good, very natural on camera. It’s sort of scary how well she has the like and subscribe patois down. Here she is giving Grammie a demo of making “banana cookies.” Hit that bell so you don’t miss any updates! 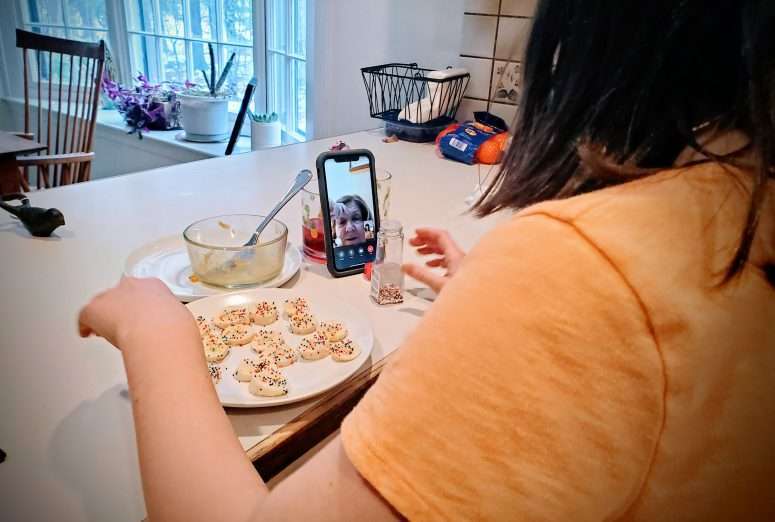 Just like I don’t quite feel right on a weekend without baking. Michelle doesn’t feel right unless she does a plumbing or masonry project. 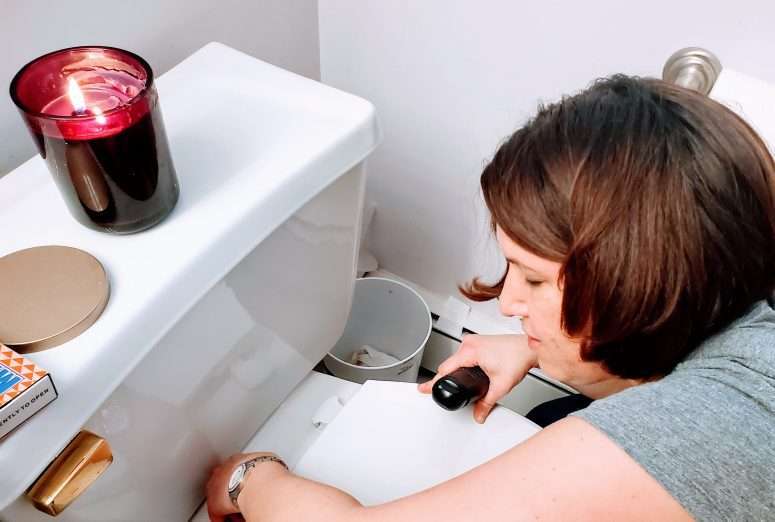 Being a parent quickly teaches you that you never say never to certain food combos. Who knew that ramen and kiwis would ever be served together for dinner? 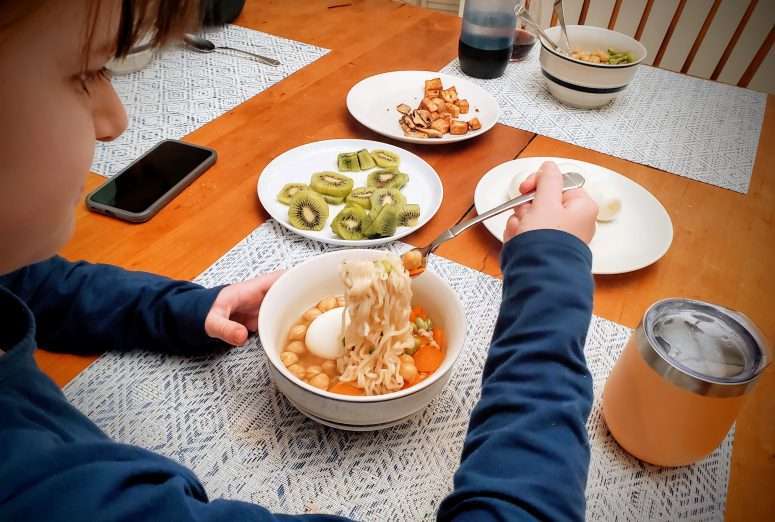 How old will she be when she gives up the disco night light? Too fast and not soon enough. Like most things in parenting.

This good enough parent is not going to worry about it right now. It was a good enough Saturday. 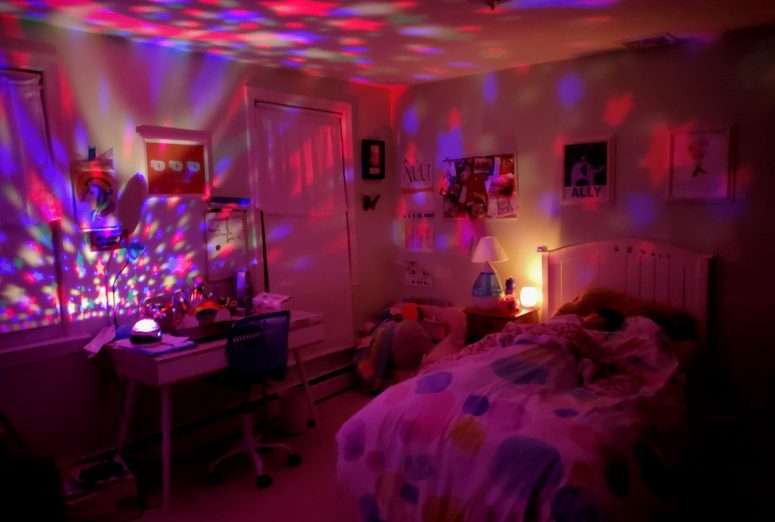