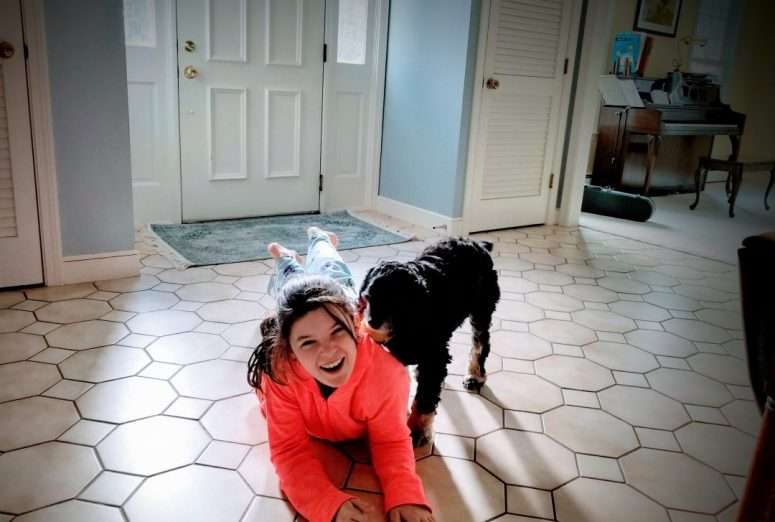 I have a race later today. 10 miles. In February. In New England. Can’t wait.

One the biggest challenges I had with my Addison’s diagnosis and then the knee arthritis was being forced to slow down, and then, stop for a bit. I know many people have a tough time, for various reasons, calling them themselves an athlete. I had a really hard time not seeing myself as an athlete. For as long as I can remember sports and fitness were a daily part of my life. It was a huge piece of how I viewed myself, viewed the world, and approached my place in it. It wasn’t the only way, of course, but it was a big part to suddenly be missing.

I’m trying to teach the girls, or at least show, them that confidence is born out of doing hard things. So a 10-miler on a brisk February morning should be a good example. Their thing might not be sports, but the principles still apply. Rise to meet a challenge, don’t bring a misery mindset. I think we often mistake needing courage, confidence or self-esteem in order to try hard things. This feels backwards to me. We need to embrace a challenge and seek out difficult tasks to explore our own psychology and how we respond. Would I have the courage to take on fourth grade math, glitter slime, or the self-esteem for kitchen karaoke without it? I’m not sure I want to find out.

Starting the February break right, we all had a bit of a lie in. By the time I made it down stairs, Cecilia was already off the couch. Ally was still there to give the start of my day some normalcy. You need a crowbar to get that girl off her “comfy” spot before 8. 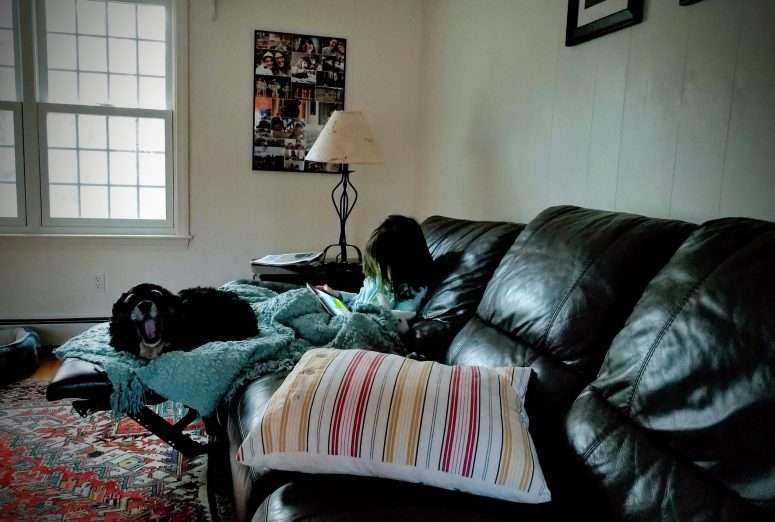 Today was going to be a challenge for Michelle. Without any studying or definitive project, would she be able to just chill out? A rare sight here. A Michelle at rest in the wild. 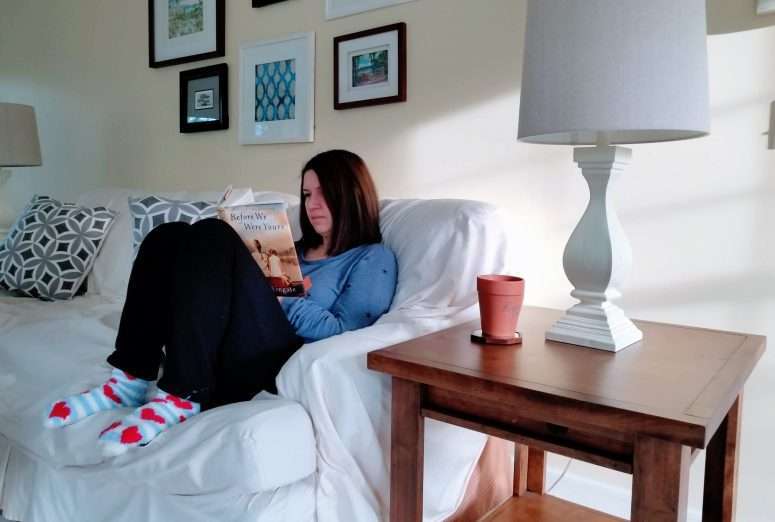 I found Cecilia already back up in her room running a salon for our cadre of AG dolls. Do you think the dolls give off tiny silent screams when their hair is combed like real girls do? Probably not. Probably need to purchase that as an extra accessory. 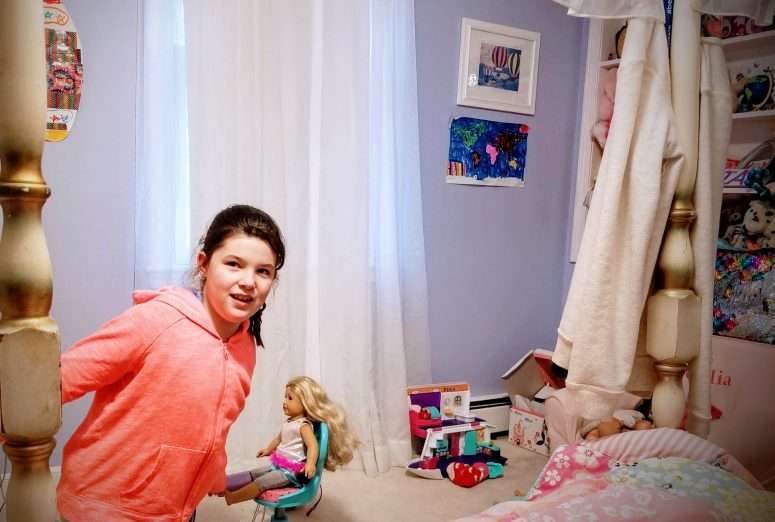 Since hibachi last week, there has been a lot of food tossing in our house. Dash quite enjoys this game as 97% of the food ends up on the floor. 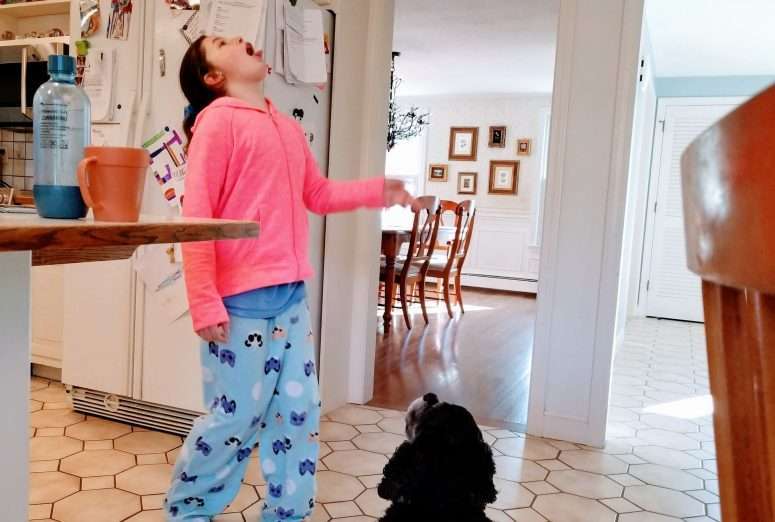 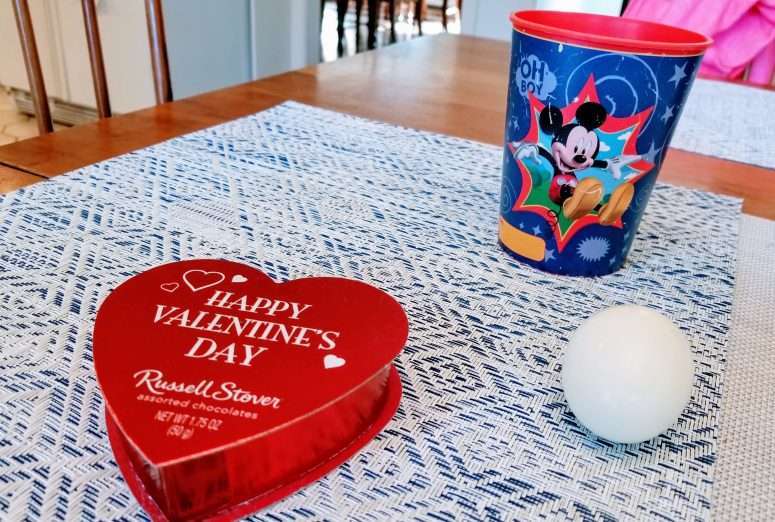 With a race, there was no group run in the morning, just some time spinning on the bike. Did anyone else watch Netflix’s Ted Bundy documentary? The seventies were a strange, strange time. 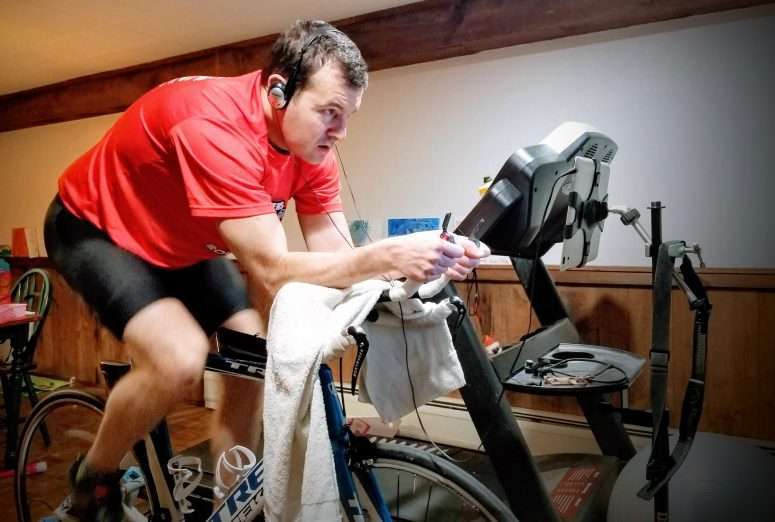 Just because I didn’t run didn’t mean no one in the house made it out. Michelle burned off some of that extra energy. Can’t decide if this picture makes me think spring is close or still a long way off. 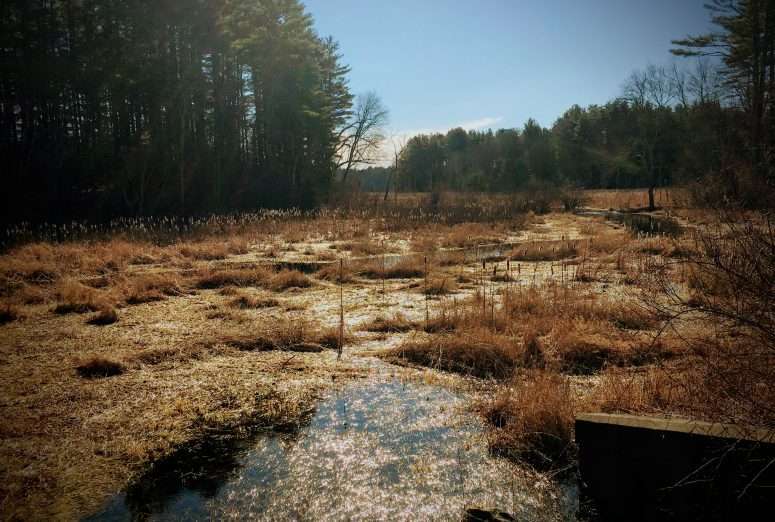 At this point, even Dash knows how to pose on Saturdays. Personally I think he would have held up well at Westminster this week. He definitely would have placed in the “most excited to see you” category. 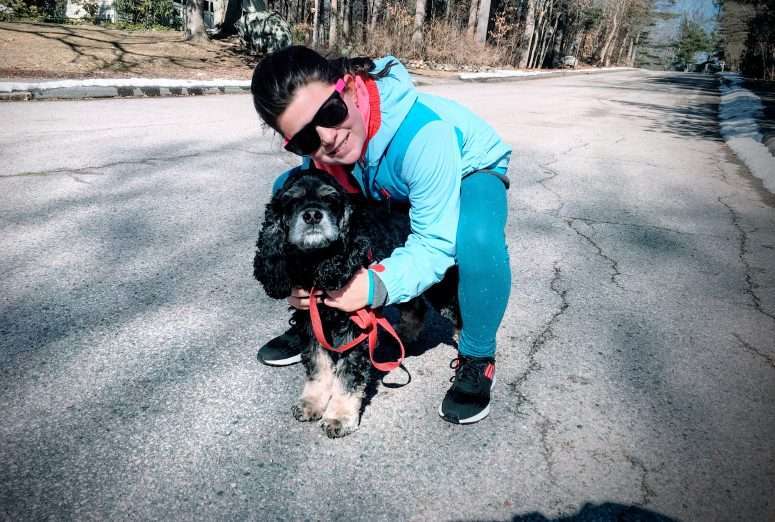 If you’re in the area next week at noon, I get the feeling it might be Cecilia’s last career basketball game. Even if she had some regrets about her winter activity choice, I give her big props for not missing a practice or a game. 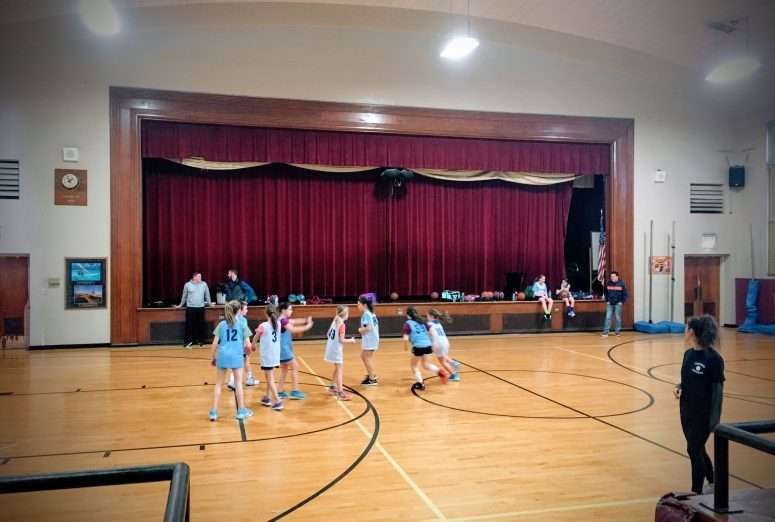 There are some vicious sicknesses floating around our town right now, so Ally was very excited to run into one of her friends at lunch and find her fully recovered. 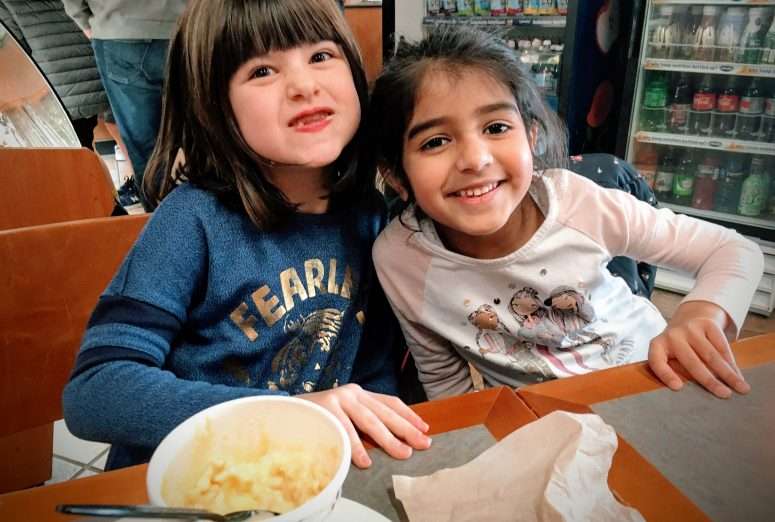 Diagonals are still blowing her mind. 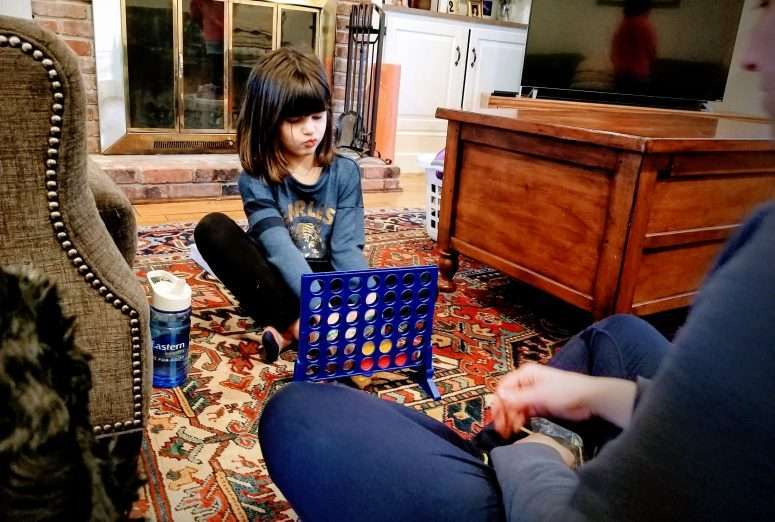 In the afternoon, I showed Ce that coffee shops are the native habitat of introverted writers. For a hot chocolate bribe we both worked on our books for a bit. 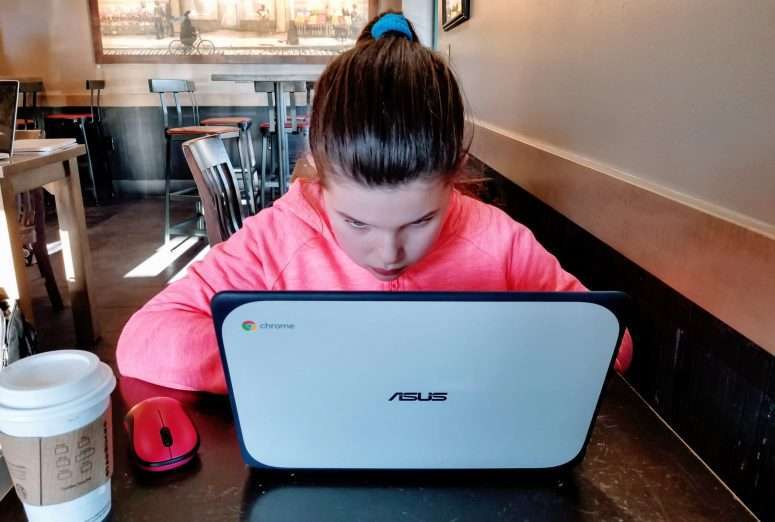 Meanwhile, Michelle and Ally took Dash out to a new trail. 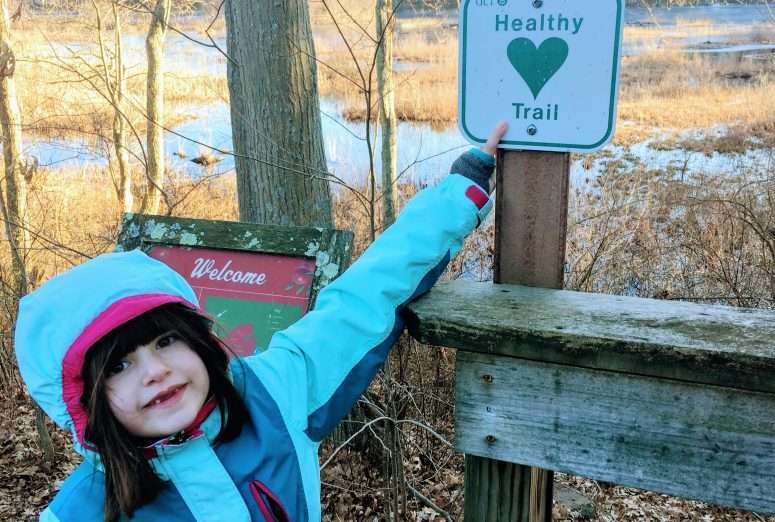 Dash was not distracted at PetCo. He found his treat bag right away. He’s a peanut butter man all the way. 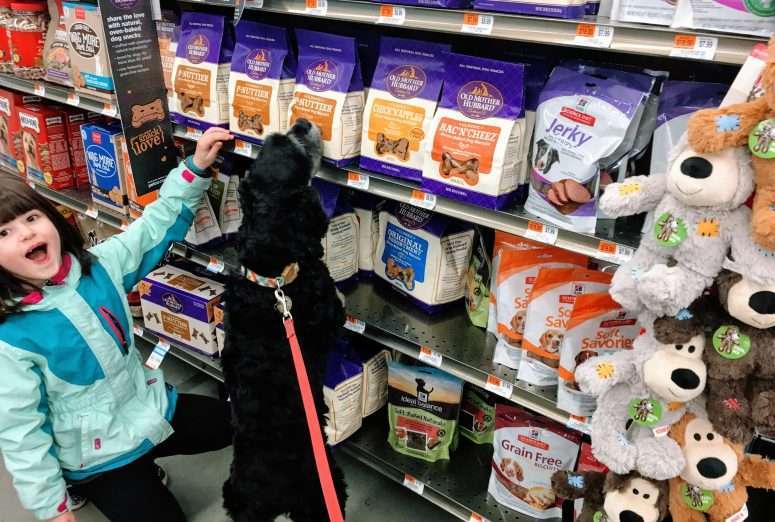 Cecilia is taking advantage of the later sunsets. After finishing her work, she got in some twilight pogo sticking. Gotta say I thought this Christmas present would gather cobwebs in the garage before making a swap station appearance in 2022, but Ce is a black belt on it. Could be the next fitness class trend.

Sure, corn dogs were involved, but I think it was an improvement over breakfast. 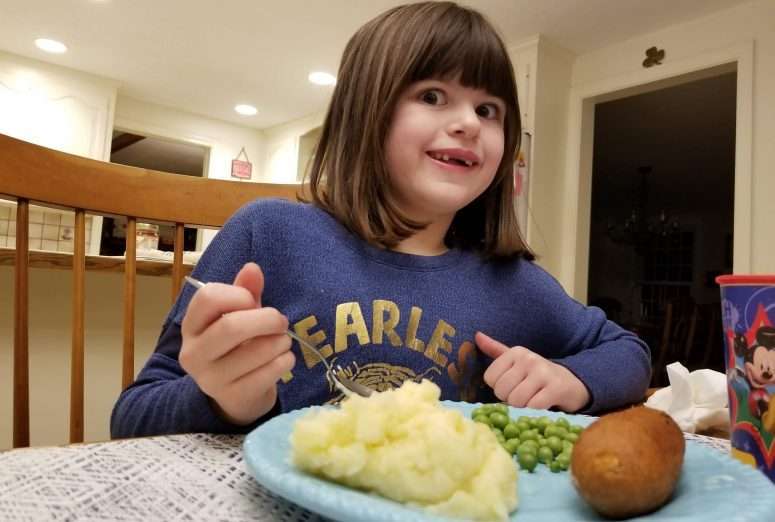 Back to the couch for some La La Land. We stick to the big musical numbers. They’ve never seen the end, so I don’t have to try to explain it to them. 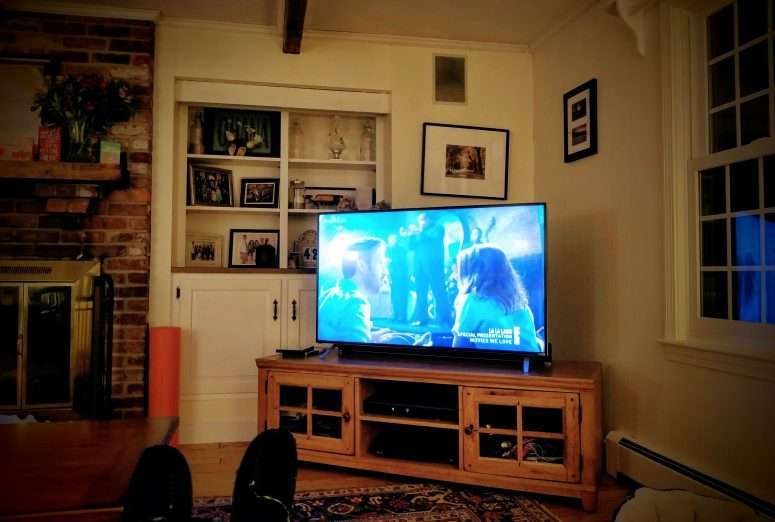 No better way to finish the day than scraping up the last bits of chocolate cake. 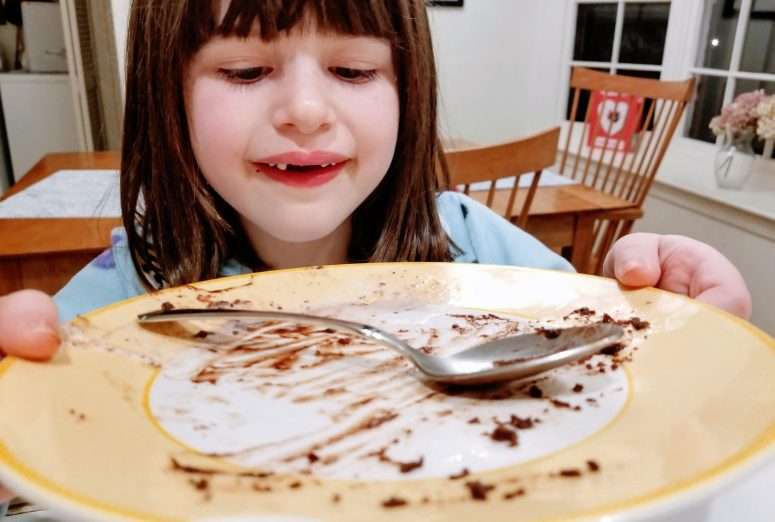 Time to get ready to run. With a smile. No matter what medical malady might pop up next, I’ve learned if I have a body I’ll find a way to be an athlete. I’m pretty sure my family would find me insufferable if I didn’t.