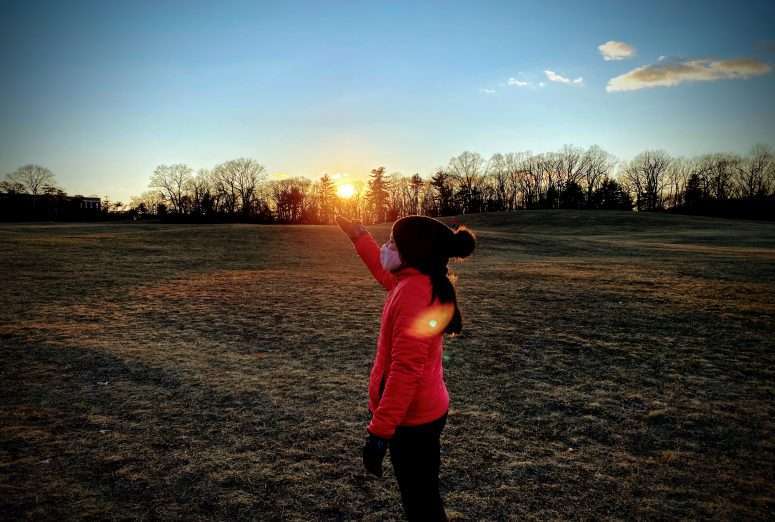 It’s been a week and I’m still thinking about the paradox of struggle. As parents we know there is no growth without struggle. And yet…

It’s logical and illogical at the same time. It’s the Chinese finger trap of parenting. No parent would ever wish pain on their children. Not if they could prevent it.

And yet… we know that suffering in life is inevitable, and in many cases, more beneficial than helping them avoid it in developing successful, well-adjusted kids.

I think how parents ultimately navigate and resolve this paradox defines their success or failure. Do I help her spell that word? Do I chase down the bus with her forgotten trombone mouthpiece? Do I make them pick up all the spilled glitter with their teeth or just some of it?

I need to keep them safe but not sheltered. Teach, but not help them dodge failure. This parenting gig is not easy. Neither is getting through January without wine and cheese.

They are getting to a divergent age where sometimes the age appropriateness of shows for one does not match up with the other. They still share the couch. And a cuddle with Dash. 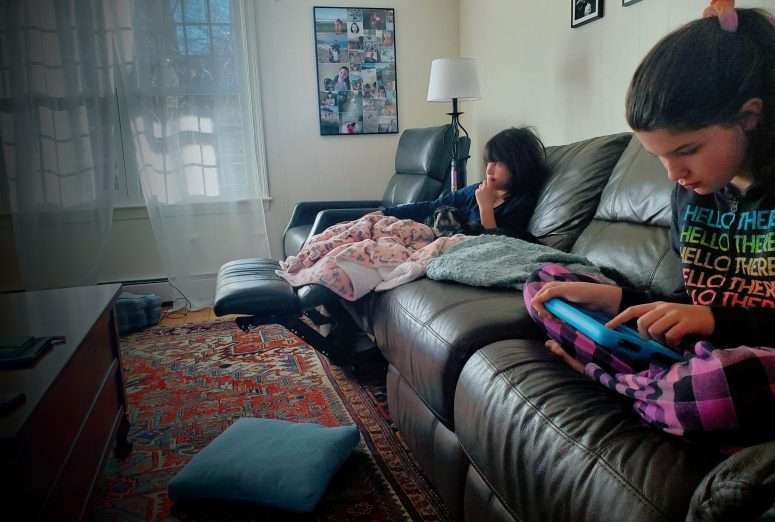 I started my day with a celebratory donut run. Run first, then donuts for club members that ran 1000 or 2000 miles last year. I sneaked over the line with 1001.4 miles. 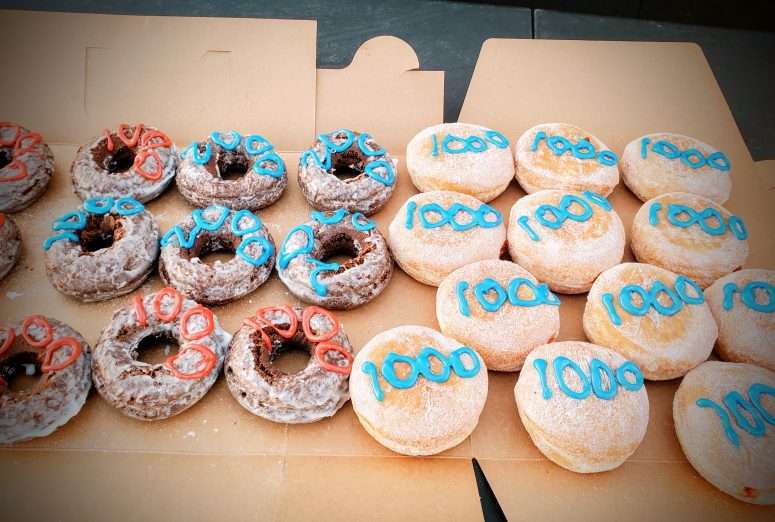 I need to keep up with the running club because Cecilia keeps making really tasty Saturday morning carb bombs. This week she moved on from the muffin method to and made whole wheat buttermilk waffles with blueberries. 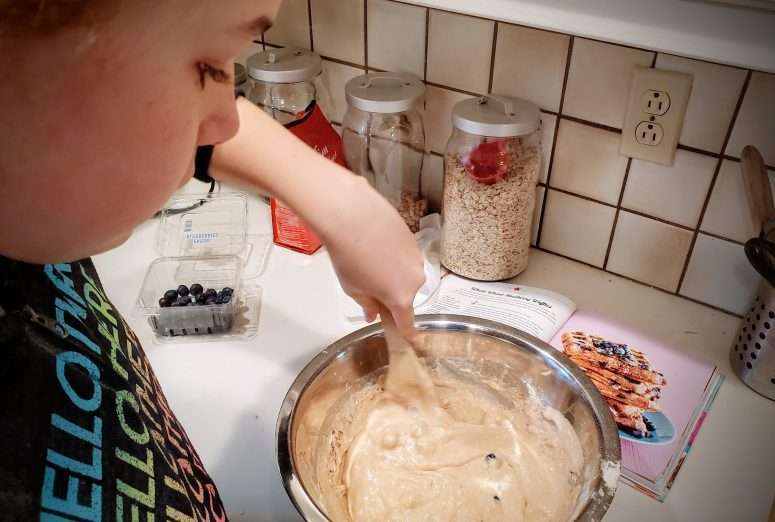 Two kinds of pizza (a.k.a, flat breads in January) were on the dinner menu, Sicilian and NY-style, which meant I needed to make some dough. My best tip for making great Sicilian at home that isn’t just a retread of focaccia or a Neapolitan stretched into a square? Add some grated or riced boiled potato. You won’t taste it but the extra starch lets the bottom crisp up better and keeps the top nice a soft without giant air bubbles. That’s your pizza nerd moment for this week. 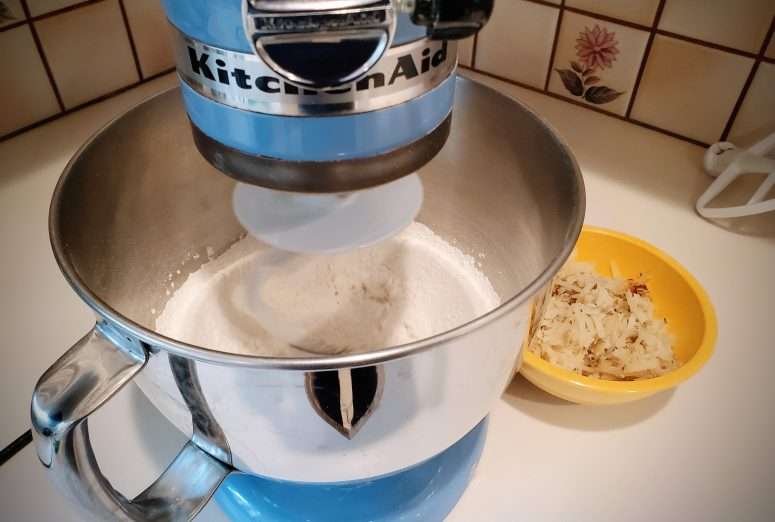 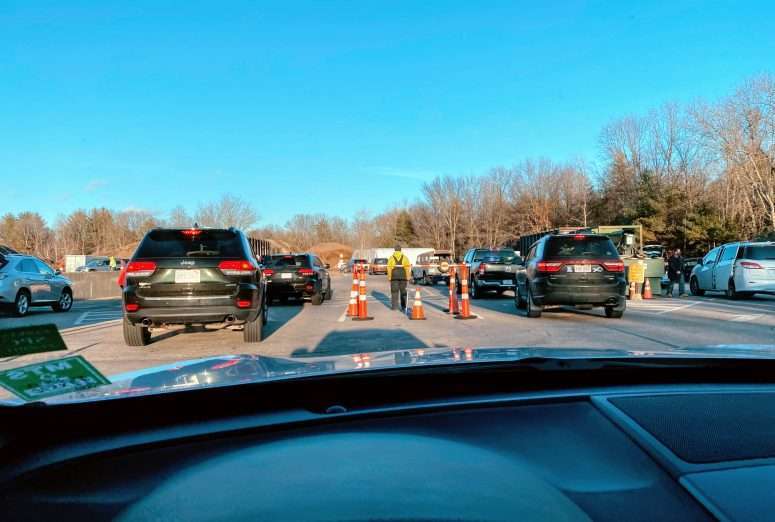 But guess who we did see again? Old Land Rover was back. Who are you? 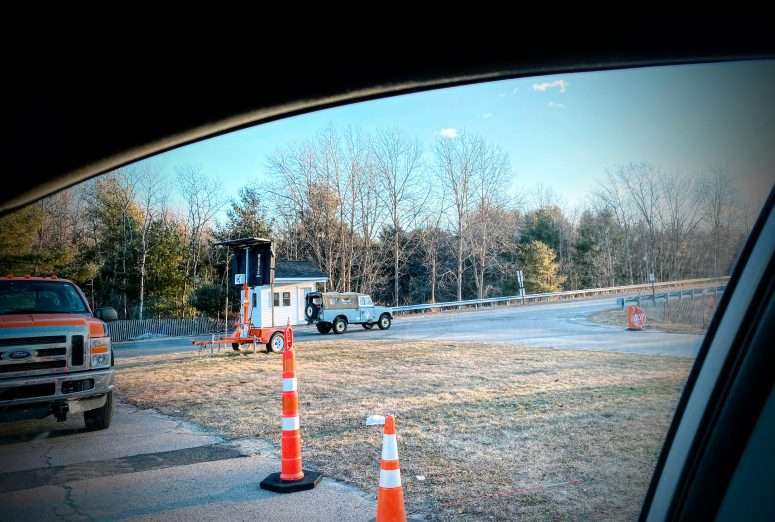 Not at the airport or jetway, but Michelle, in a fit of optimism bought some new luggage. 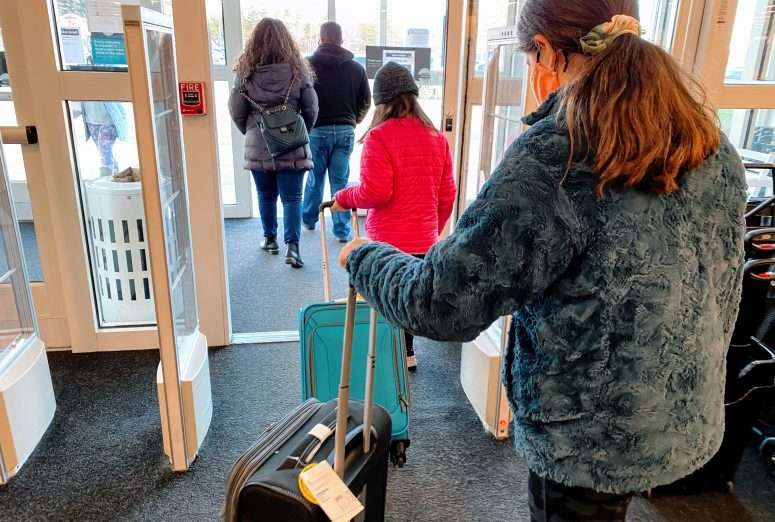 The girls had some McDonald’s for lunch because sometimes they catch you in a weak moment and saying no for the 49th time that day seems crueler than what a McNugget will do to their intestines. 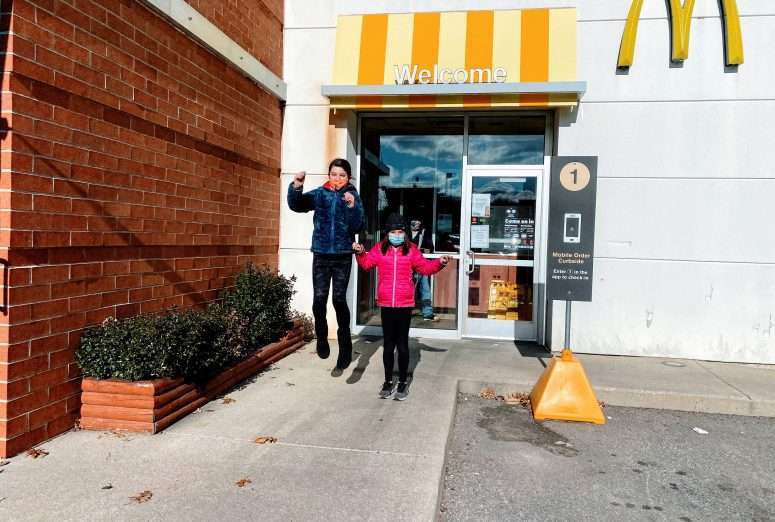 In their post-nugget and fries stupor, the girls made the mistake of letting Michelle go down in the basement unattended on a weekend. Two minutes later, they were called down for, not just a neaten, but a full straighten and clean. Ally had thoughts. 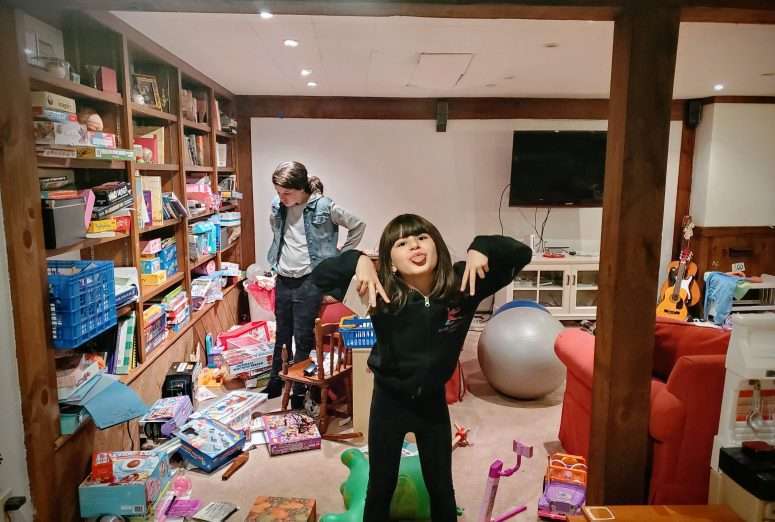 Dash had his weekend treat at the hospital grounds. No bully stole his ball this week. 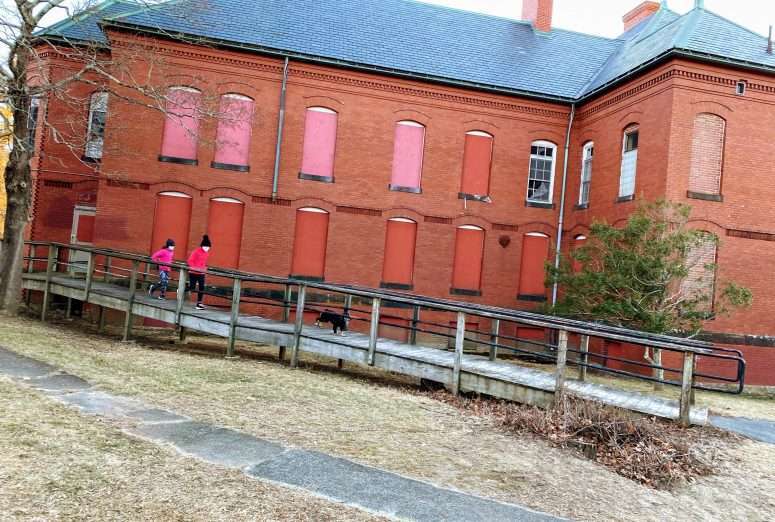 When we were leaving, we noticed a lot of people and cars across the street near the sledding hill watching the sunset. Is this a thing? Did we miss this in our New in Town packet 15 years ago? 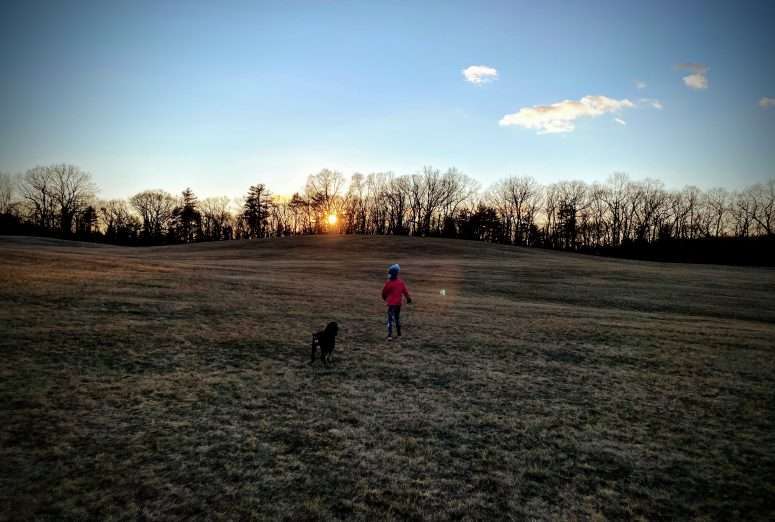 We returned to warm up with dinner, a fire, and more couch. Michelle had the remote so we endured multiple episodes of Escape to the Chateau. 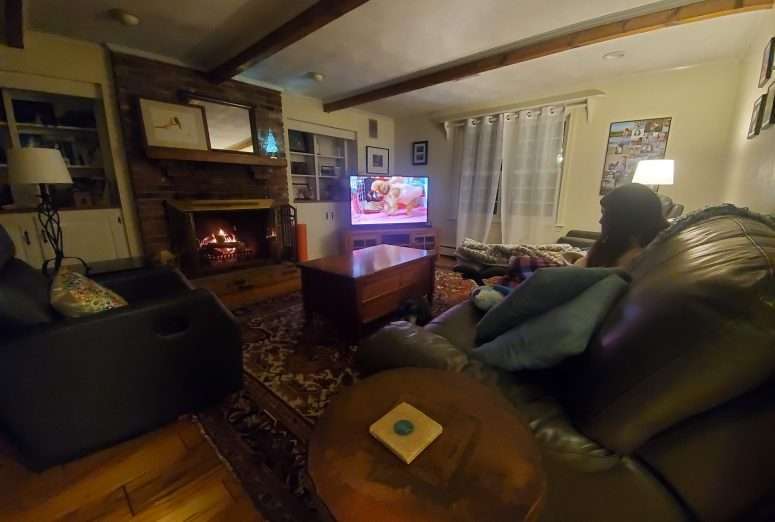 Pizza with that hidden potato was good. A chilly January Saturday wasn’t too bad, either. 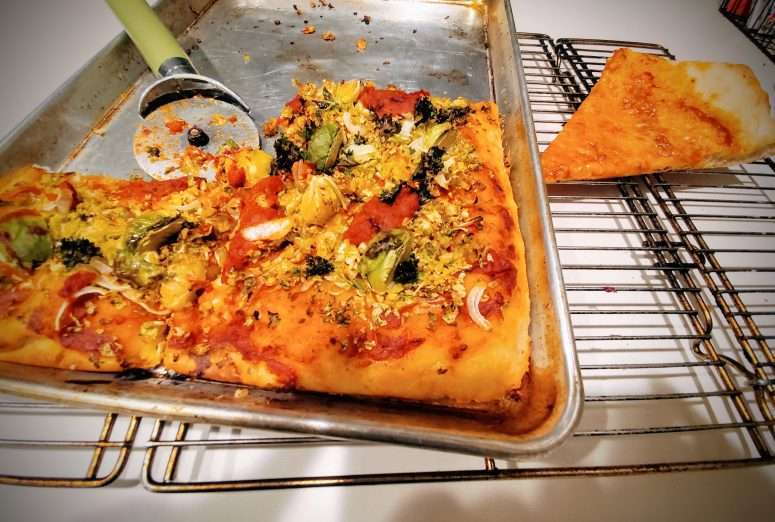