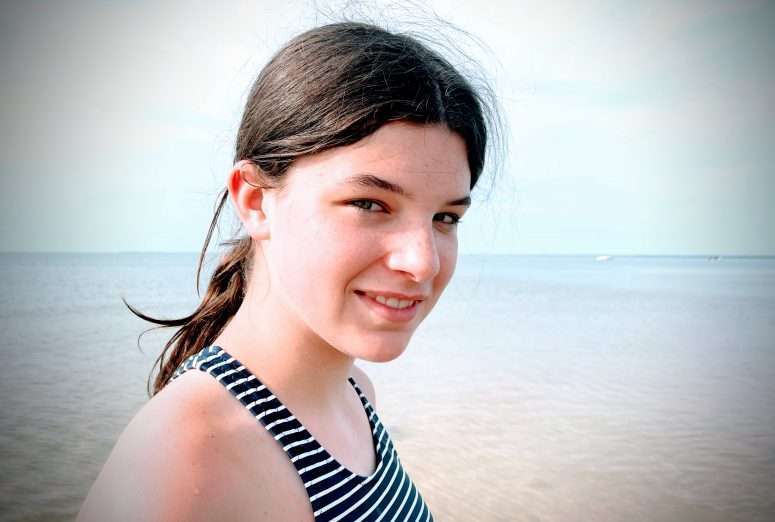 They are no longer little kids. I’m not sure why that occurred to me this week. Maybe it the birthday party for a friend. Or seeing some kids we hadn’t seen in a long time. Or revisiting places we hadn’t been in years. Something had me thinking about age, and time, and growing up. Or not growing up.

I came downstairs one morning and Cecilia, who is now taller than Michelle and certainly looks like an eighth grader, was happily watching a Disney show and I realized she looked bigger and older, but might not actually be bigger and more mature. Then I realized I was supposed to be older and confident and know what I was doing. But did I? Of course not.

There are many times I still feel like a insecure, nervous eighth grader. We all do. We all have a little imposter syndrome, no matter how young or old, and are full of doubts and concerns.

Sorry, girls, that feeling is not going away at 15, or 25, 45, or 75. It’s a universal part of the human experience. You gotta do your best to see through the posturing and be there for your friends and family. That’s one thing I’m confident about.

It was a girl’s Cape day this Saturday. Michelle was meeting up with a college friend and I was staying behind to catch up on some (indoor) projects.

We started the day at home with a crowded couch as Cecilia was doing an overnight babysitting gig. The Floor is Lava has universal appeal from ages 4 to 13.

After pancakes (Oreo mix-ins beat out mini chocolate chips), it was a mad dash to get over the bridge before traffic became unbearable. The usual Saturday Cape concerns.

They eventually made it and early enough that there was plenty of room for sandy cartwheels into the water. Why walk when you can wheel into the water.

It was an epic, full beach day where all the accessories were used: buckets, shovels, kayaks, lilypads, wine.

When the tide started going out, the girls even schooled a group of boys (who had vastly over-engineered things – as men will tend to do) on the best way to catch crabs off the jetty.

The girls decided to name one Karen “because she was fussy.”

When the tide had rolled out and they had strip-mined all the fun that could be had from the beach, they naturally moved on to the pool.

Poppy didn’t realize when he woke up this Saturday that his primary job would be to hide from a horde of girls (the British Open was on!) and be a short order cook.

A full day of salt and chlorinated water play meant an evening of shampoo and conditioning and Cecilia working on her salon skills.

Last night was one of those perfect sunsets that feels almost fake. No filters or touch-ups necessary.

Dash was keeping watch as the sun went down back at home and he didn’t settle down to his pack was back together. Young or old. Ten or 45. There’s no posturing needed when you come home to an excited, furry greeting.