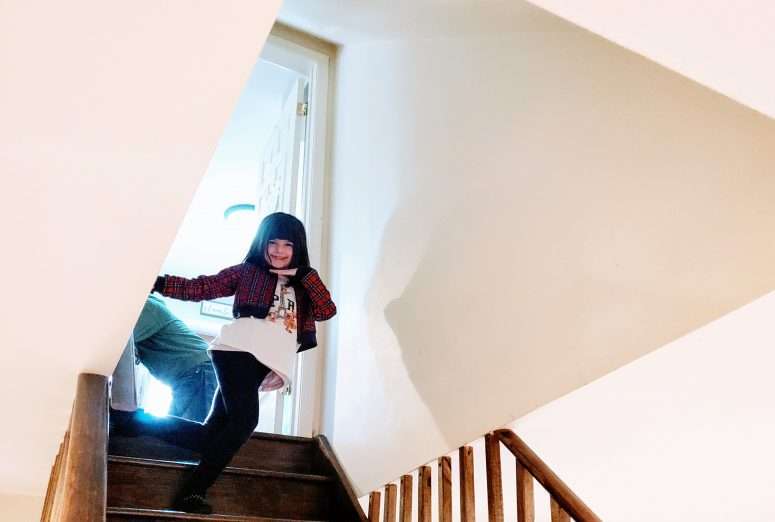 There was a moment driving down after Christmas, somewhere around exit 9 on the turnpike, when we were snarled in another traffic jam, that I felt the frustration of being stuck almost boil over. I just wanted to get out of the car and get there as fast as possible. Then I stopped. Maybe it was the time of year. Maybe it was the stream of seemingly endless bad news even during Christmas. Maybe it was just the north Jersey fumes.

But I wondered why? What am I rushing to? What am I rushing from? Chances are it’s not as good as right now. At best, it’s uncertain. We are almost through the Santa magic years. Heck, we only have less than ten summers now where we are guaranteed to be together. What’s the rush?

So that has become my goal this week in the hinterlands between Christmas and New Years. Just slow down. Don’t rush through everything. Savor it. Whether it’s a traffic jam, a cookie, family drama, or the crankiness of kids staying up too late. Some day, someday soon probably, I’ll want it all back.

Only one more year until middle school. I might be okay with rushing through that.

Saturday’s theme was cousins. We started the day on one side of the family and ended the day with the other. There was a lot of intricate planning of pranks on Papa. 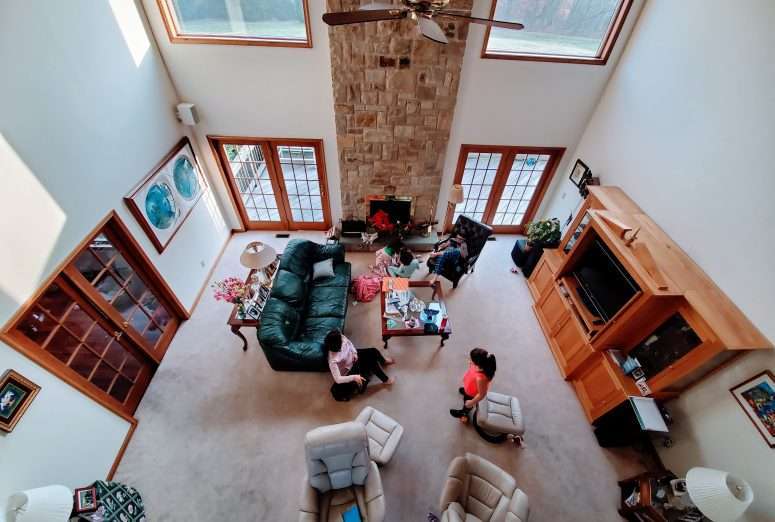 Cecilia is the right size to shop the “vintage” clothes in Michelle’s childhood closet. She’s taking this denim jacket home on sale. 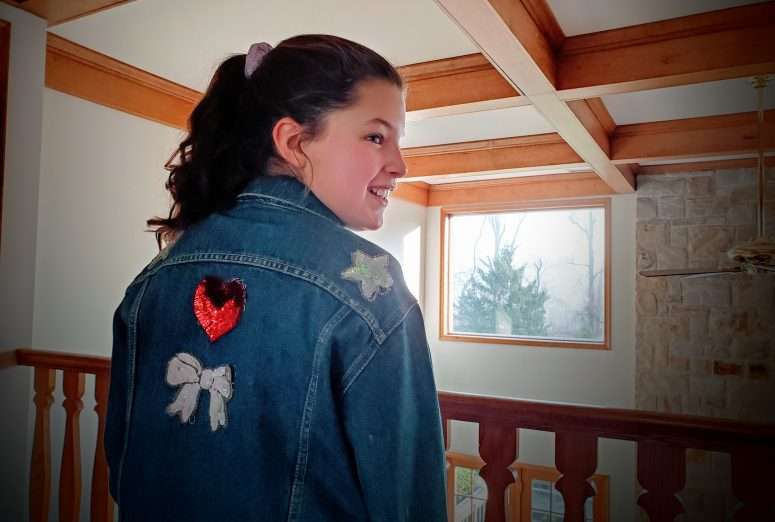 So many interesting new smells in Jersey. New rabbits and squirrels to chase. 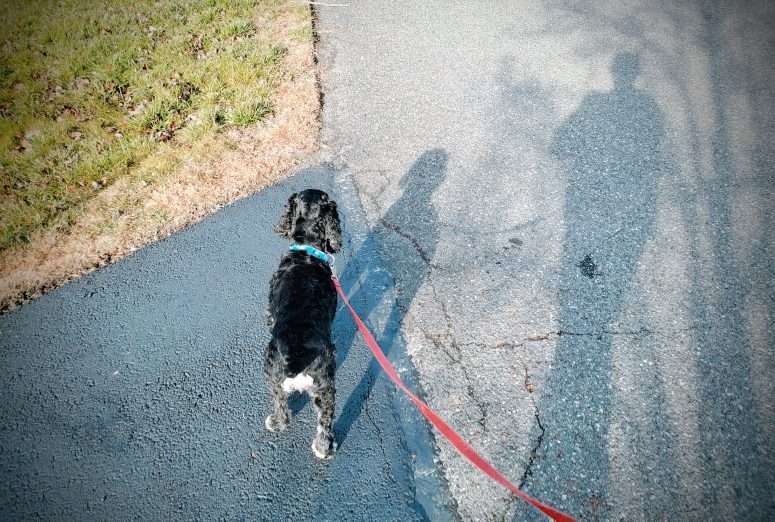 If you received a random call* in the last few days it might not be telemarketers from Ukraine but rather Cecilia trying to contact you on her iPod. *limited to family only 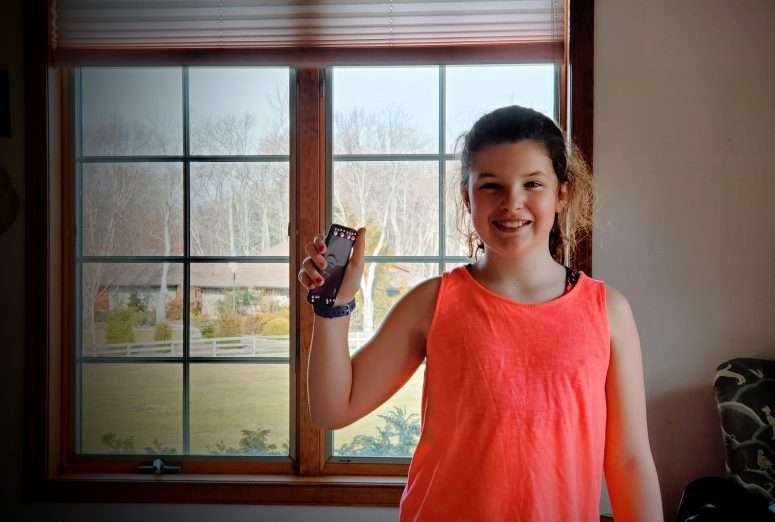 Eventually (no nonsense) Grandmother tired of the indoor boisterousness and threw the kids, the dogs, and Papa outside. 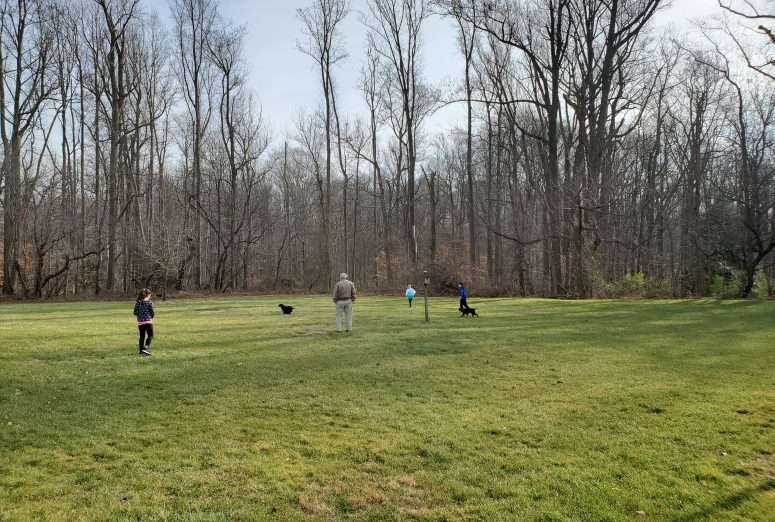 After lunch, we said goodbye to one set of cousins and headed over the river to Philly to find more. But first we stopped off to see some old friends and try to solve some riddles. The girls were happy to learn that these friends happened to have two girls and a basement.

I’m happy to be have moved from nonsense jokes to the riddle phase. Personal favorite from yesterday: What stays in the corner but travels around the world? 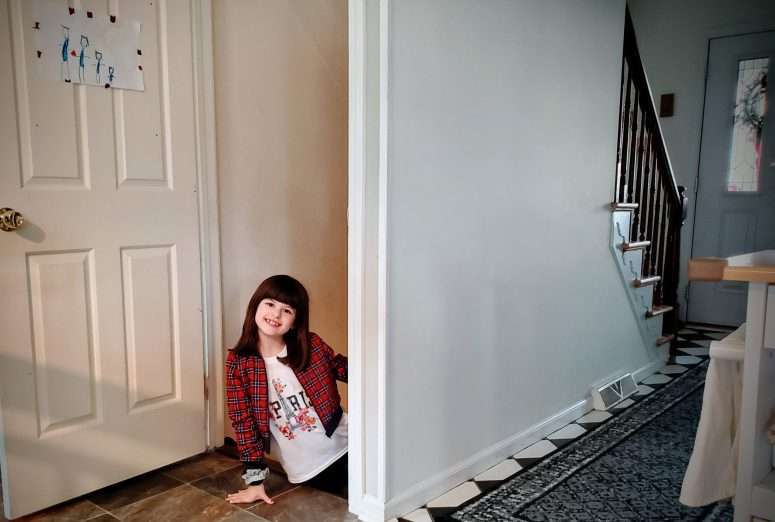 After getting our fill of riddles it was off to the final Christmas-season party. Here is Ce trailing behind and wondering aloud if we are sure we have the right house. Yes, I’m sure. 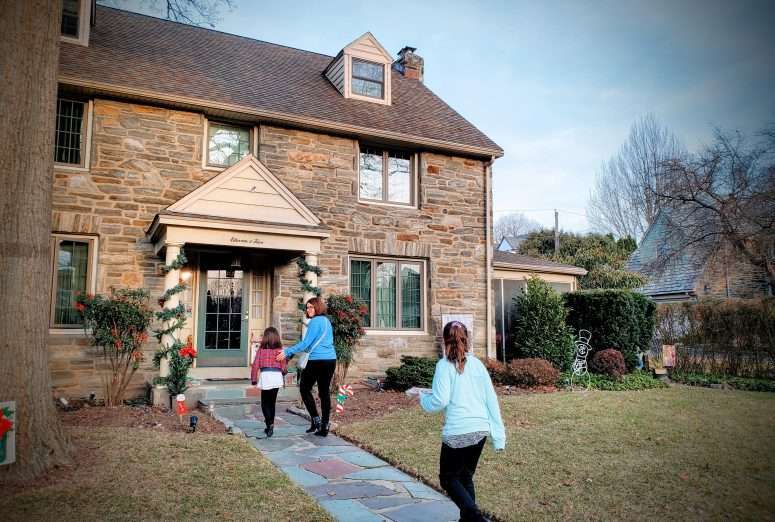 Turns out when my parents pulled up stakes for Rhode Island they picked one of three other places in the country where tomato pie is still a thing. This version of Philly tomato pie was thinner than the Rhody tomato strips. If you’re interested Utica also is into tomato pie. Maybe we have relatives there too? 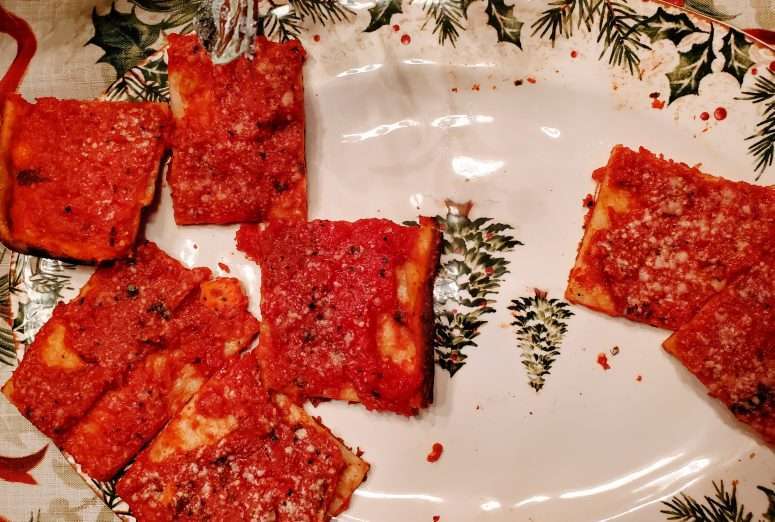 For the record, Michelle did get some flannel for Christmas. Thanks to everyone that emailed or texted me deals and coupons! She liked it so much she promptly forgot to pack it. Then again maybe the milder climate reminded her of the practical limits of flannel below the White Mountains. But now, thanks to loyal reader Cousin Bill, I can join in the flannel parade. The blog will provide! 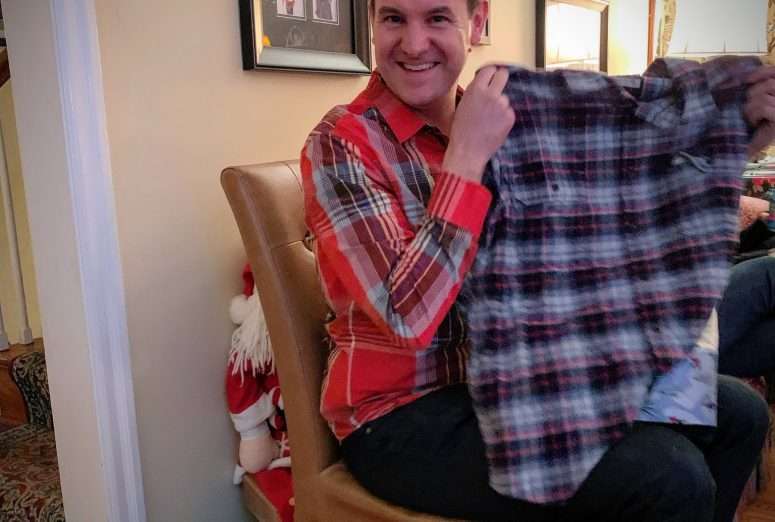 My appetite may have been lagging by this point but the girls showed an impressive dessert endurance throughout the week. 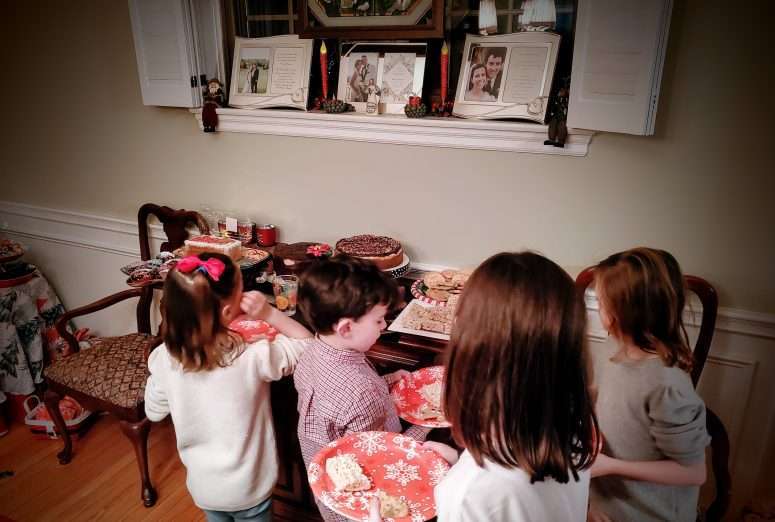 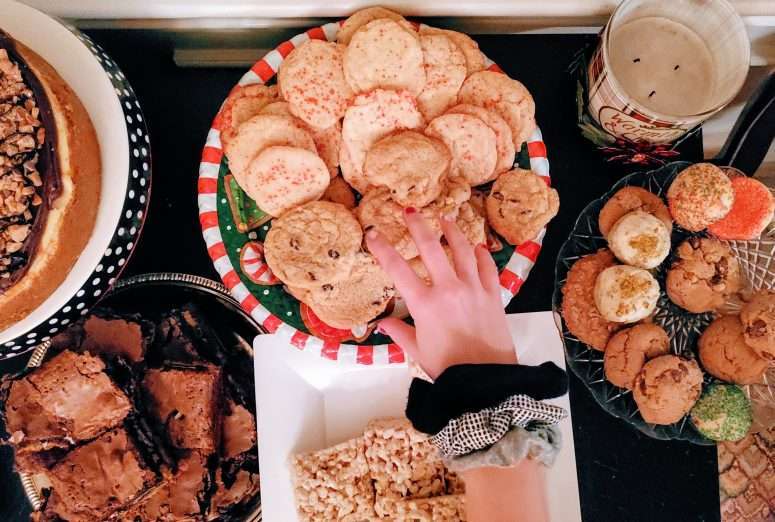 Finally, happy 48 years of marriage and a congratulations to the blog parents! Nice to have some good role models. Plus, nice to have a reminder that it is possible that some things can last longer than Tom Brady’s career. 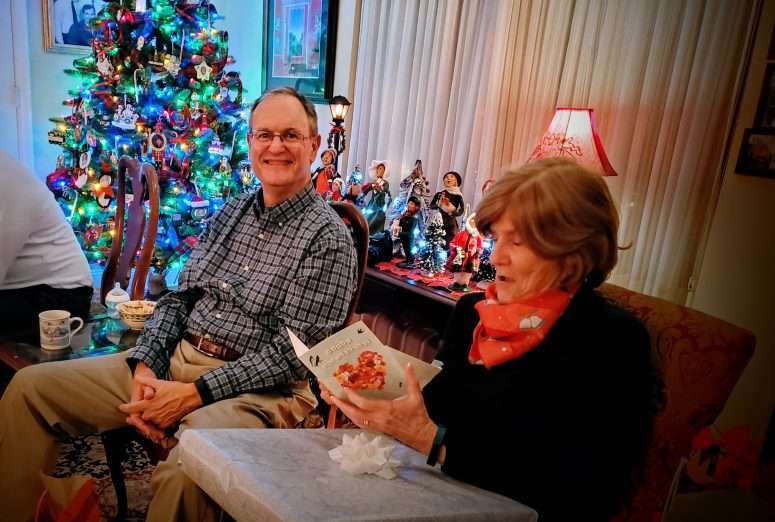 Answer to the riddle? A stamp.