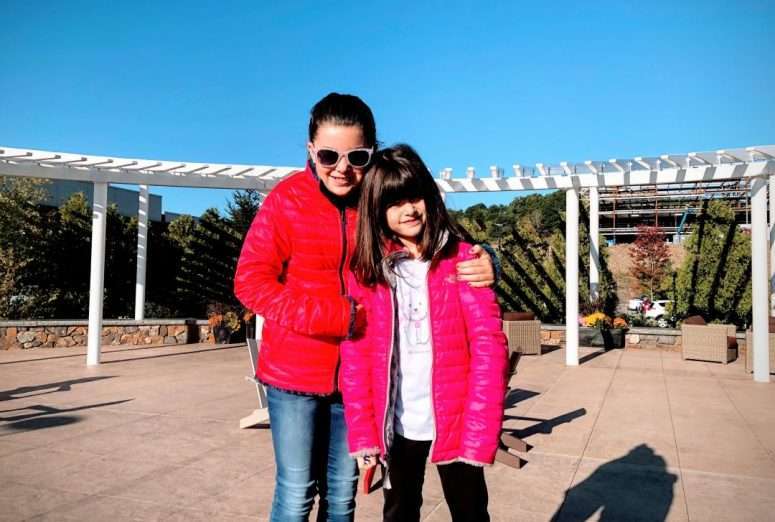 One of Ally’s after school program teachers pulled me aside at pickup recently and told me how nice and helpful Ally is with her friends. I smiled and nodded. That’s always nice to hear as a parent. But she persisted. This wasn’t a one-off thing or making conversation while we waited. She really wanted me to know that Ally genuinely looked out for and cared about her friends. More warm glow…but gotta get home and make dinner.

That comment actually sunk in three days later as we labored over more reading. Ally is now starting to run up against some concepts that are hard or more difficult than kindergarten. She gets frustrated. Sometimes I get…frustrated.

Maybe I could learn something from Ally. The reading will come. Base 10 understanding will come. The capital of West Virginia…well, you can always Google that. What matters more in the long run is whether we care about and think about other people, or if the only thoughts in our heads are about ourselves. That’s hard to teach but thankfully Ally seems to have that covered.

Couch selfie with Ally and her pup to start the day. 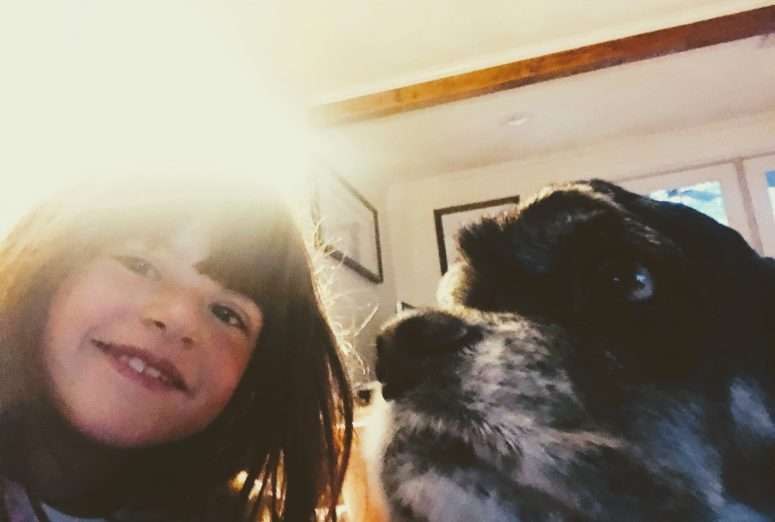 We’ve looped back around to the Brady Bunch for Saturday morning shows. I don’t think I’ve ever seen the first couple episodes where Mike and Carol get married? It’s probably more…interesting than you remember. Cecilia had a question about tranquilizers and honeymoon nights. We did our best parental bob and weave to avoid answering that one. 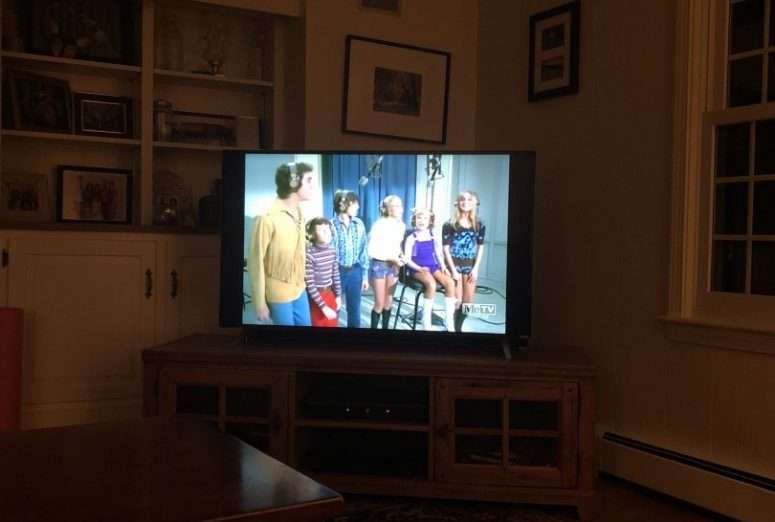 Early October means it’s time for the girls to start changing their minds daily about what they will be for Halloween. We decided to head out to Target for a scouting mission. Girls were….excited. 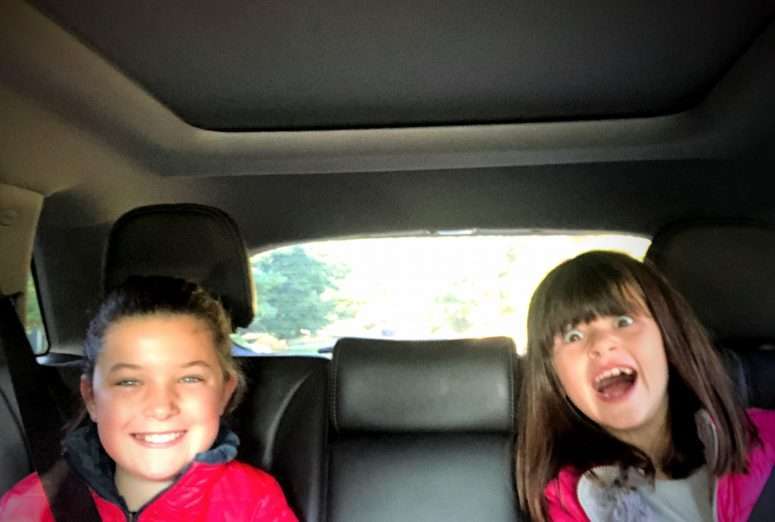 Costume shopping also means their minds are primed for candy. How can you resist these sad faces? Actually pretty easily. 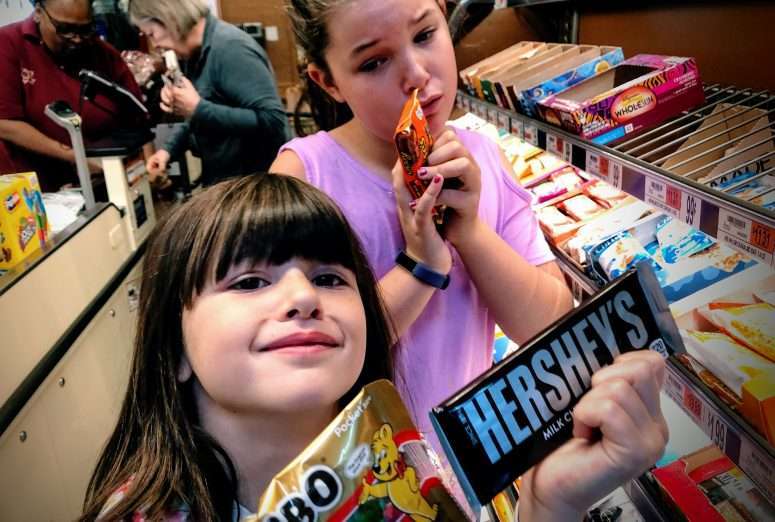 The three of them couldn’t resist also going into Home Goods. If they bring one more water bottle home… 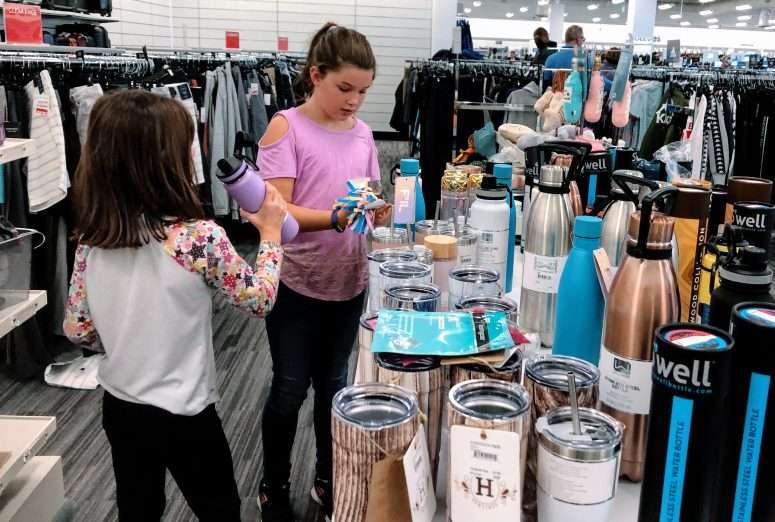 Early October might mean Halloween prep for the kids but for me it means the start of the weekly battle against the carpet of pine needles and prat fall-inducing acorns (mental note: show kids Buster Keaton videos). 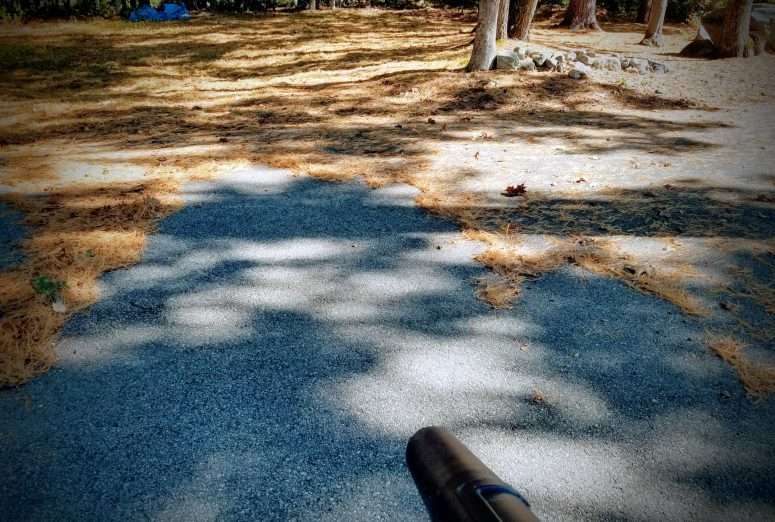 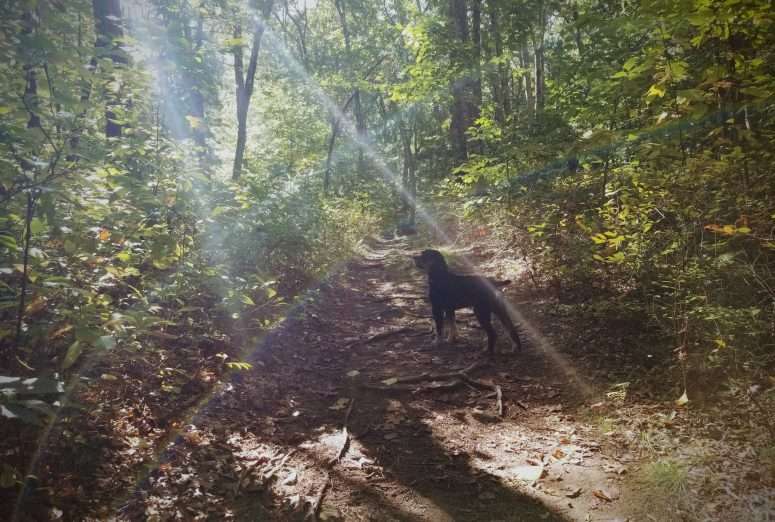 We met up with Grammie and Poppy to watch some field hockey. I now understand at least 50% of the whistles. A very good 2-1 win over Walpole. 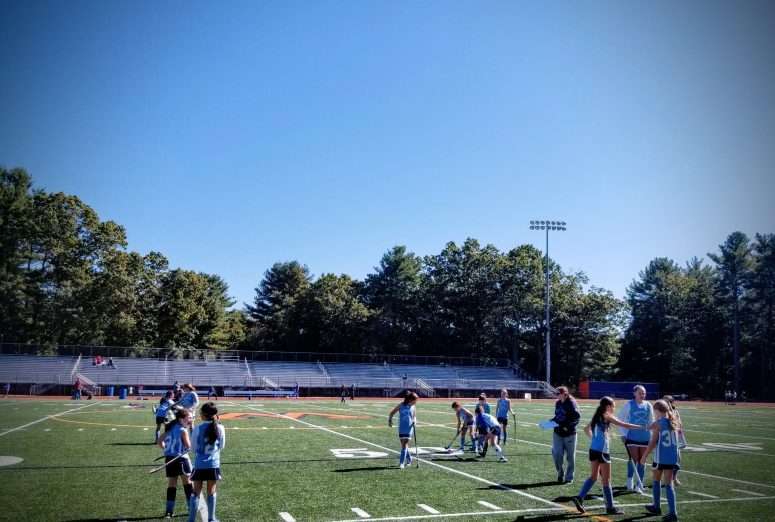 After the game, the ladies went shopping at Kohl’s, Grammie’s favorite store. 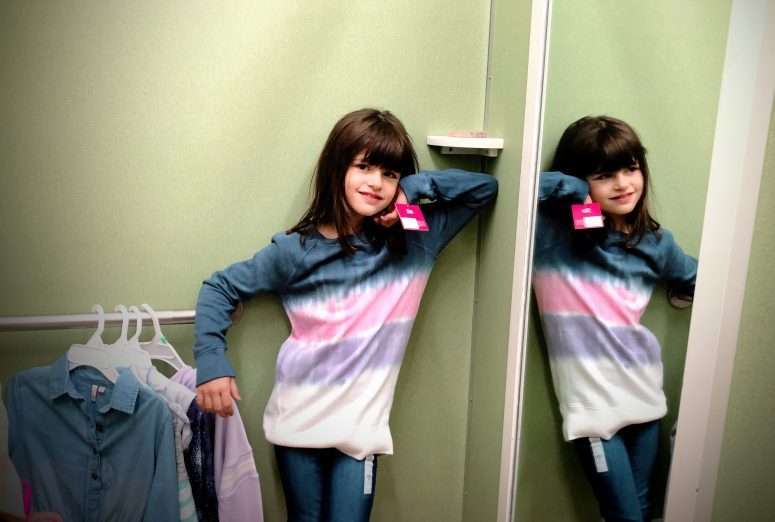 The men took the trash to the dump. There might have been a pit stop on the way back. 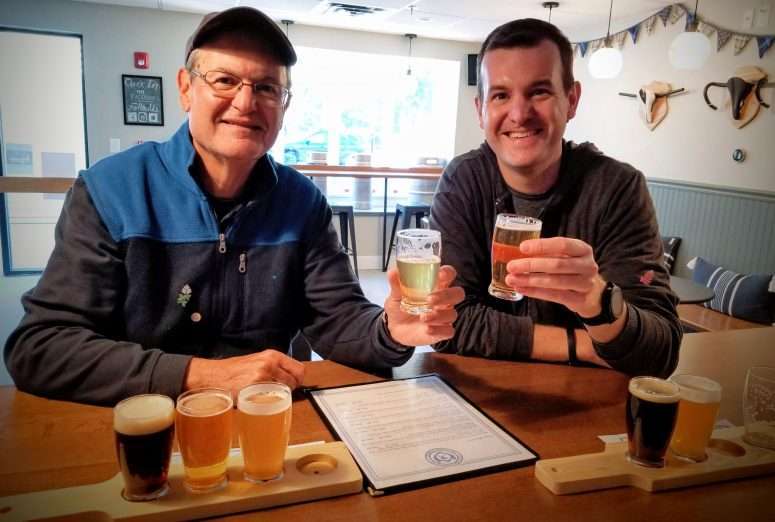 Back at the house, the girls and Grammie did their other favorite activity: making some brownies. 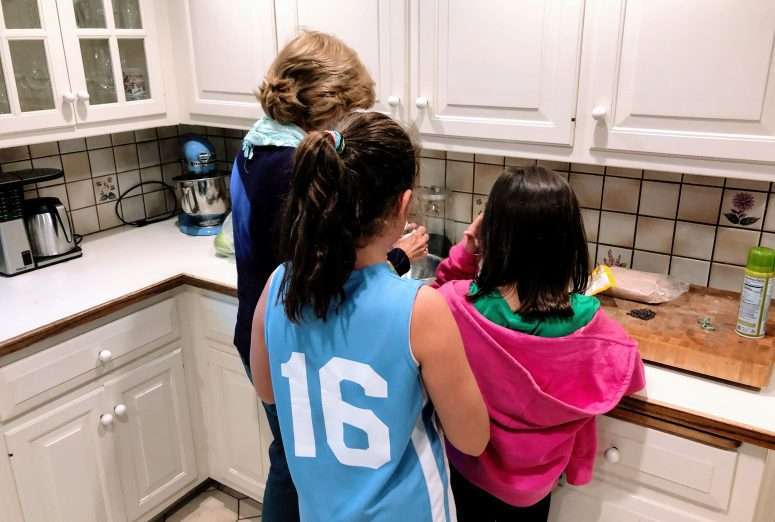 Then it was off to dinner where I put the phone away and the girls were very interested in a wedding reception.

It was back to the house for dessert. 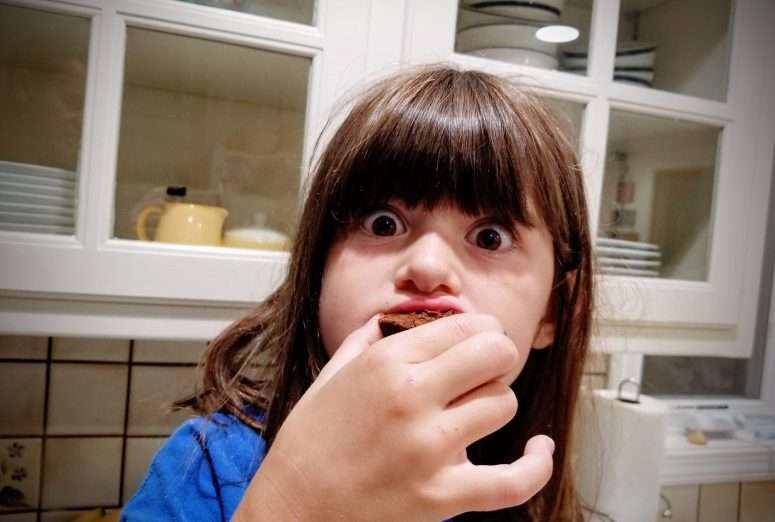 And then we ended the night by…making some slow cooker apple sauce. Bet you didn’t see that one coming… 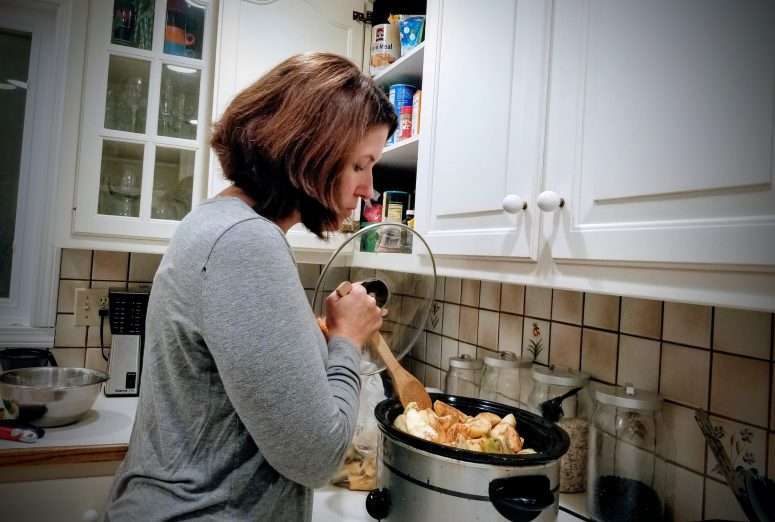