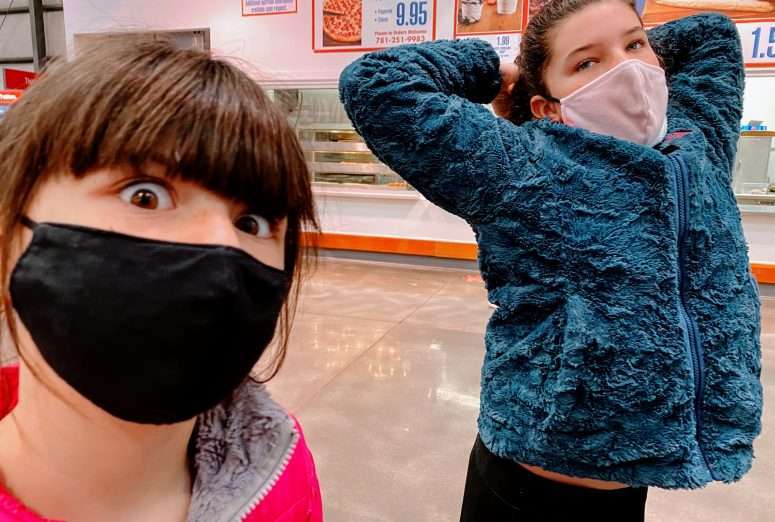 How to deal with the conundrum of the closed door? Cecilia is in sixth grade and likes to remind us she is not a kindergartner anymore. She’s right, of course. This is only the beginning of learning to let go. For both of us. Letting her shut the door and deal with her responsibilities and their repercussions is part of growing up.

Just letting her be isn’t always easy. For both of us. Will she embrace flash cards and to-do lists and bullet journaling by the third term? Of course not. She’s not perfect. Neither was I. It took me until ninth grade to figure out I could type of the English vocab lists early and sell them to classmates.

She’ll screw up. I’ll screw up. I do remember the disapproval or judgement of parents did little to effect my teenage habits, good or bad. I’ll do my best to wait and be available and let her ask for help if she needs it. But if she doesn’t, she’ll probably be okay, too. Kids are good at figuring things out.

(Except how to vacuum and clean up those sparkly hell flakes called glitter.)

No muffins or baked goods waiting at home after my morning run. If you remember, the girls opened a pop-up restaurant in the dining room for our anniversary in the fall, and they are doing a sequel for Valentine’s Day brunch today, so Cecilia was conserving her energy.

The menu is a secret. I did find all her cookbooks dog-eared and a notebook on the table with a stern warning not to peek. 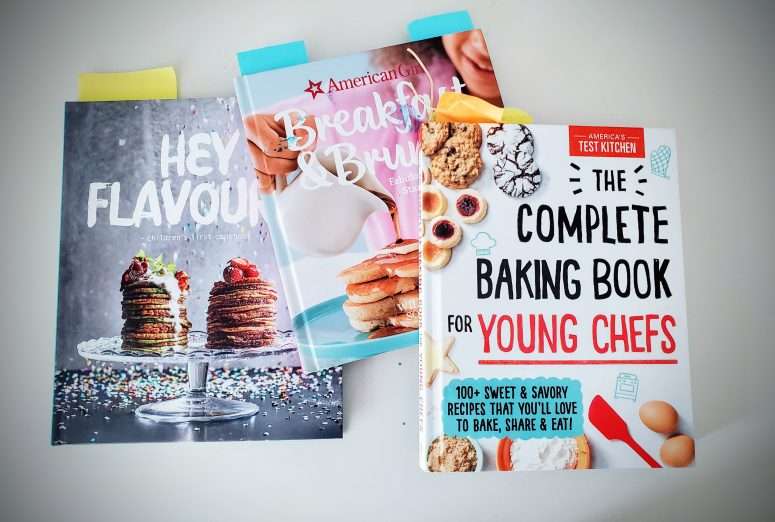 She did make Dash his breakfast. 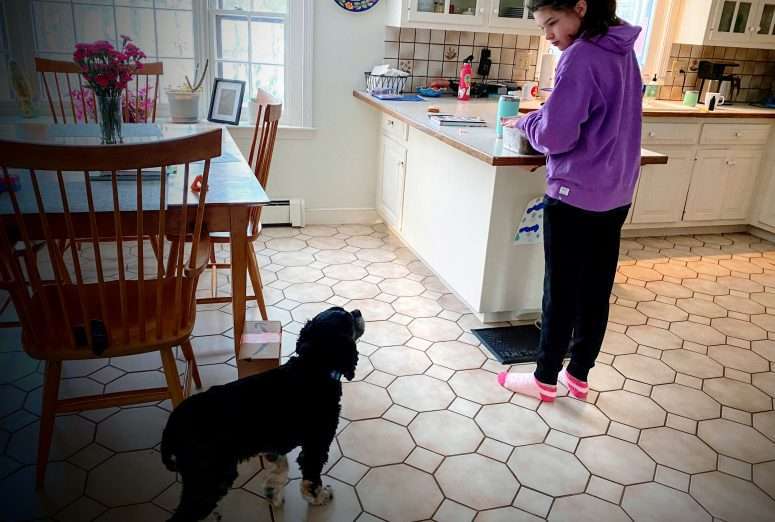 Lately, Ally has been motivated to get her daily chores done right when she gets up. So we get piano pajama concerts.

I think she does this to give us less leverage to get her off the couch later. She’s street smart. 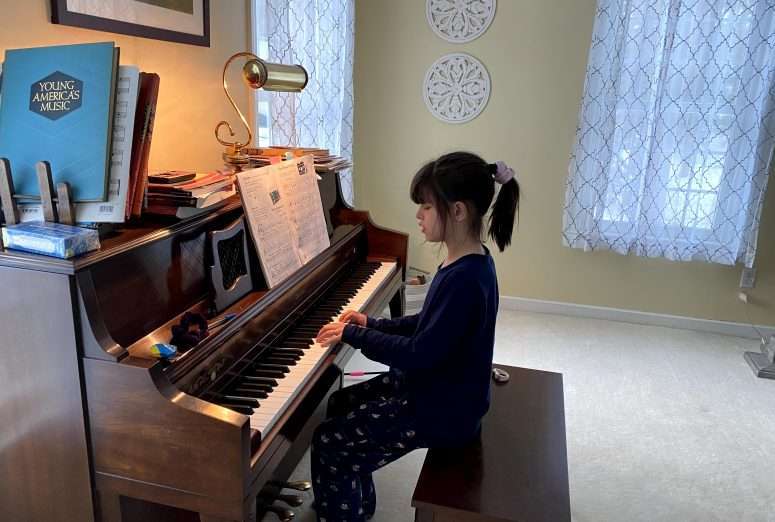 Michelle might beg off the outdoor running group in the winter but she’s not begging off the workouts. She’s shredding the treadmill. No easy task. 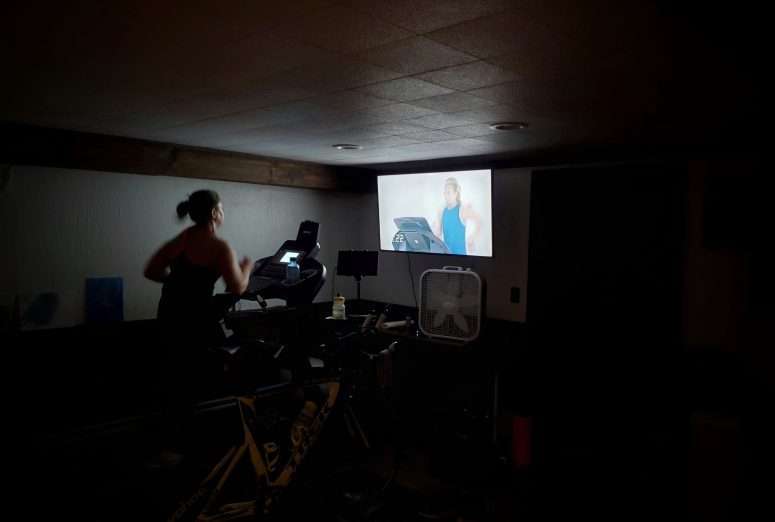 The snow has made it difficult to get Dash his double daily walks which has led to more instances of “the ball” showing up. He especially likes to sit on the stairs and roll it down while we are on the treadmill at the bottom. Nothing like a bouncing ball to keep you on your toes. 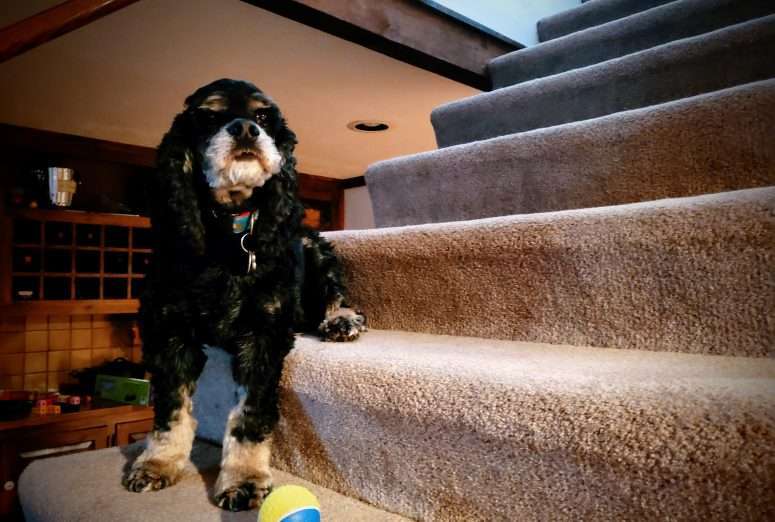 Every time I see them playing with their AG dolls, I smile and do a little mental calculation that depreciates the cost a little lower. Who said that accounting class was wasted in management school? 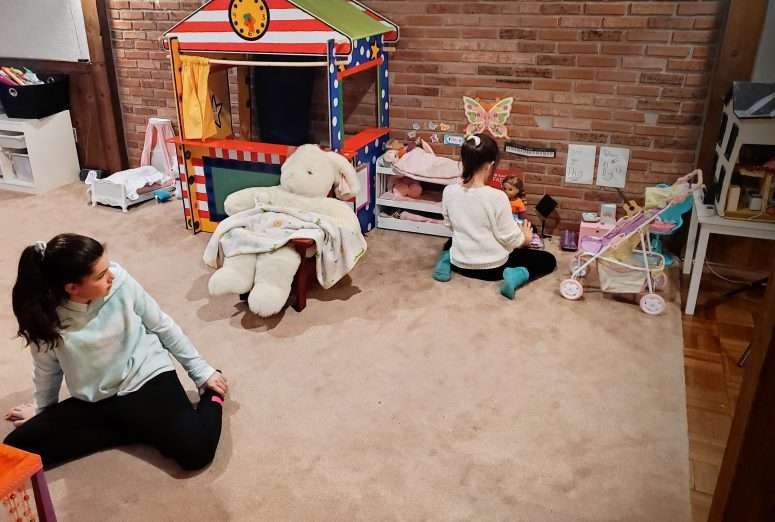 At least with the giant carts at Costco, social distancing is almost built into the process.

Ally could not wrap her head around 60 snack packs of Pringles. She just kept repeating it throughout the day. 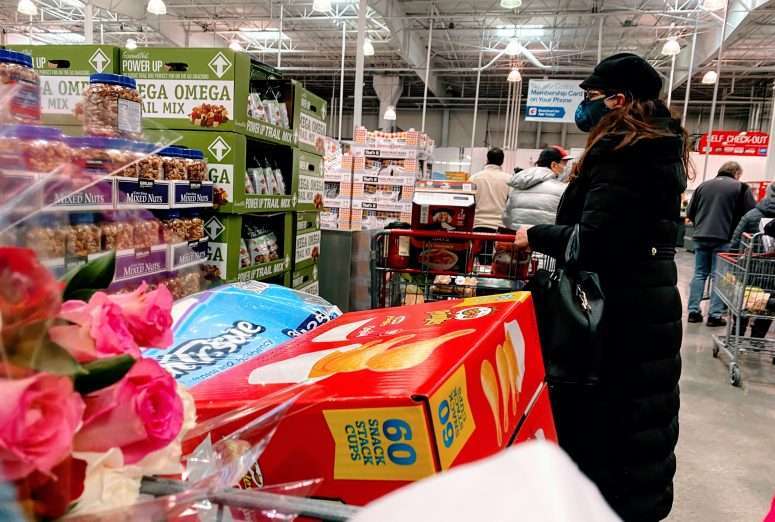 A very banal day at the transfer station. No wait. No music. No old Land Rover. Not even any real pressure to fancy park to dump the trash. I think the gargoyle was even smiling. 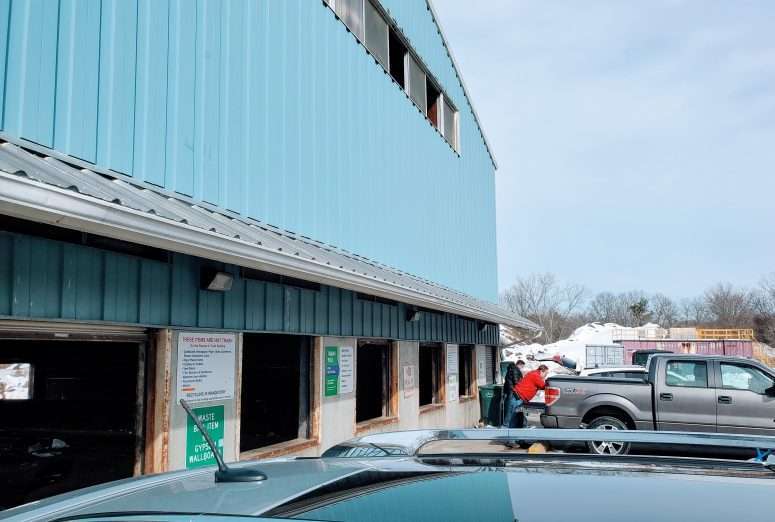 A sure sign that Chelle hit her Saturday limit: the double-barrelled ‘Clean up your rooms’ edict. 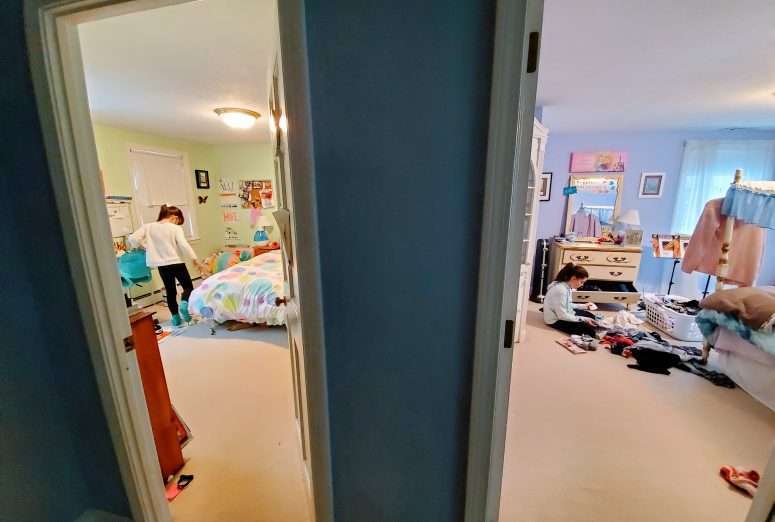 While Michelle, headed out for Galentine’s Day with friends, the girls were stuck with me and some homemade mac ‘n cheese. I understand the convenience of the blue box but really hate the taste. So I set out to show them how easy it was to make their own.

Secret technique? Evaporated milk and cooking the pasta with barely enough water. This concentrates the starch from the pasta, helping the sauce get really creamy. 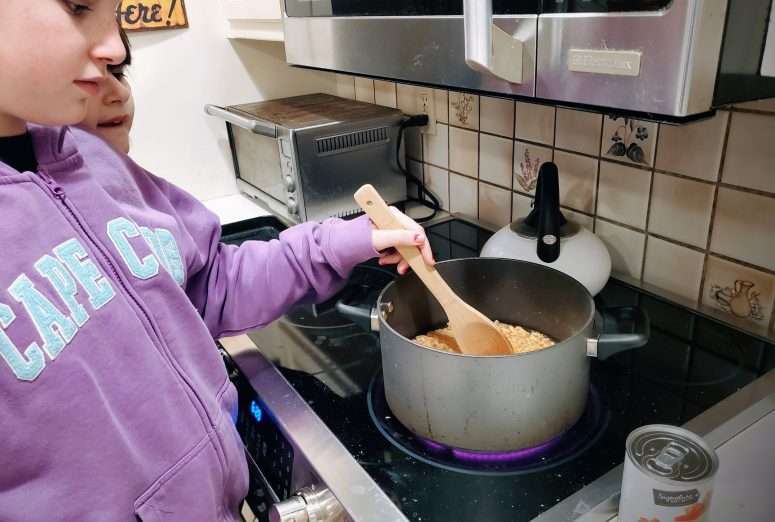 But…. science and 10 ounces of shredded cheese changed their minds! 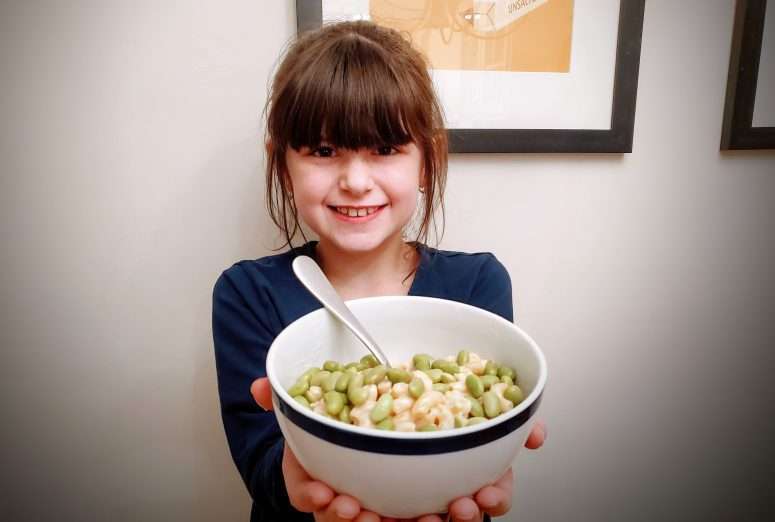 I’m pretty sure The War with Grandpa will not go down in the best…50? 100? films that Robert de Niro ever did but it made the girls laugh and didn’t give them any nightmares that brought them into our room at 3 a.m. That’s a win and another quarantine Saturday in the books. 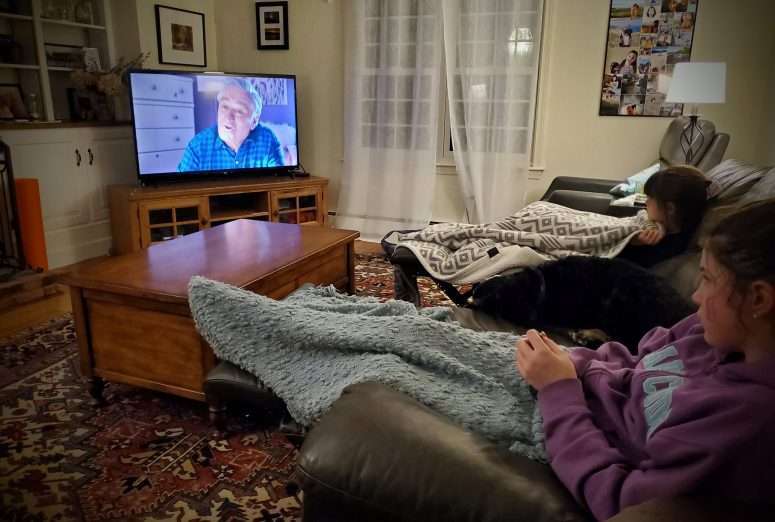 P.S. – I think it might make Christopher Walken’s top five. Somewhere after The Deer Hunter and Annie Hall.