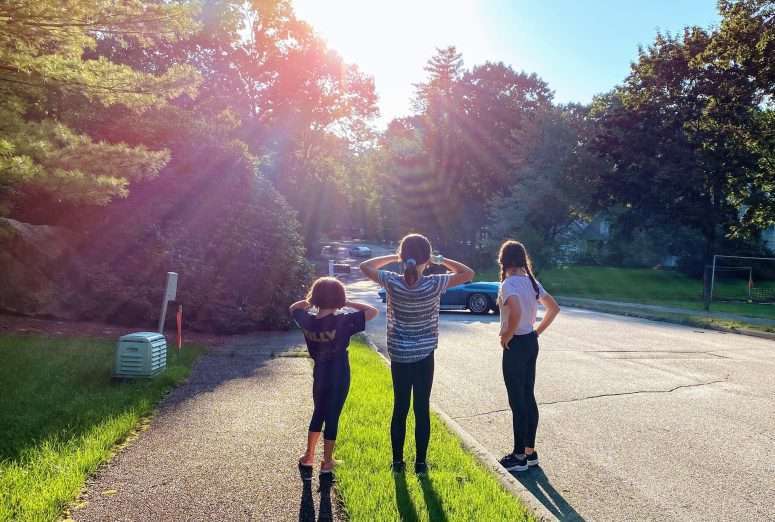 Hypothetically speaking, I might have gotten upset with Cecilia this past week for forgetting two things that she needed for dance class. We had to turn around and go back to the house.

Why can’t she be more organized? She’s got all these tools and technology at her disposal that I never had. She has a computer in her pocket that can buzz and beep and automatically remind her to pack these things. She’s got it easy. Kids have it easy.

Maybe all these things I never had might make it harder? Maybe, despite my best efforts, I’m not the easiest person to live with. Maybe being a kid has always been and always will be harder than I can remember. Maybe the best response isn’t yelling or getting frustrated but trying to empathize.

Turns out dance lessons don’t start until this week. I should probably put a reminder in my phone.

After blitzing through her outdoor chores list the previous two weeks, Michelle decided to take a break. In her own way. She spent most of the day indoors making pasta and meatballs.

If your wife is spending all day making pasta, the least a man can do is make some bread.

Was this an excuse to open a beer before noon?

She did learn her Spanish vocab, however. #powerof_flashcards

There was an uneventful Transfer Station run.

I wonder if anyone has ever been docked with a fine? Or is this akin to the fake security alarm signs you can buy for your yard? I’m an avid reader of the local police blotter and never spotted a Transfer Station violation. Good name for a band, though.

Back at the house, Michelle was still going. I put the bread in the oven but abandoned the kitchen. Our cooking styles are at opposite ends of the neat and orderly spectrum.

Grammie and Poppie, learning to love the trombone bass line.

Might also be the first time someone has practiced the trombone in a jeans jacket hoodie.

Have I ever introduced “Stella” on the blog before? It’s the strange and unique Christmas gift that just keeps on giving. Cecilia has become quite good at hair styling.

She’s also become quite good at strategically placing Stella around the house to scare people.

Clearly inspired by her parents, Cecilia decided to make a cake.

Yes, it was pumpkin spice. She was granted a waiver contingent on using a cream cheese frosting.

The bread and pasta and meatballs came out great and we had a full on Sunday night meal on a Saturday.

We finished up the day back on the couch watching My Big Fat Greek Wedding. You can see the fish out of water jokes coming a mile away but they still land pretty well. It passed the Cece laugh test.