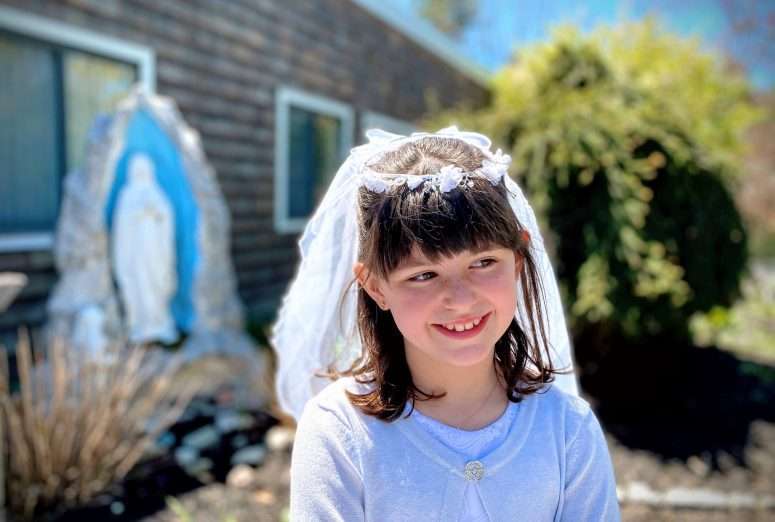 I had one of those moments this week where a few extraneous thoughts collide and bring new understanding. I love that.

First, I’ve been trying to revive the front lawn, as well as get the garden going again. I’m not a big lawn guy. What’s the point of them exactly? But I do like planting vegetables.

Then, I read that NY Times piece about languishing.

Finally, with less than forty days left, I thought about the kid’s past year in school during the pandemic.

Kids are tough. Tougher than we usually give them credit for. I don’t think the girls are languishing. I think (hope), that like my vegetable garden (the front lawn might be beyond saving) they are merely dormant. They are waiting to bloom.

Planting a garden is circular, not relentlessly chronological, like our social media-obsessed society. What they’ve learned or how they’ve adapted might not be known for decades.

This past year has been unique, weird, and at times tough, and it’s hard to flourish in those conditions but I don’t think they’re failing, I think they’re biding their for better conditions. Like a kohlrabi.

Yeah, just compared my kids to those weird orbs in the bottom of your CSA box.

But there was nothing moldering or drooping about this first Saturday in May. This day was all for Allison and her first communion.

There was no morning couch time but she did do some morning community service. Dash had some minor surgery this week and has to wear a cone. Ally helps him eat. 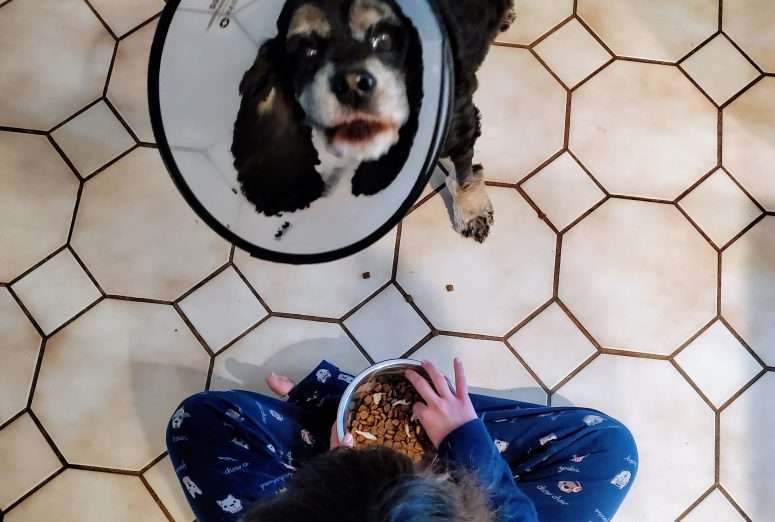 Then it was time for the dress, hair, jewelry, and (a little) makeup.

For someone that loves performing and being onstage, there were definitely some nerves.

But, like a pro, she pulled it together for the formal pictures. A lot of grandparents. A lot of pictures.

We were still outside but unlike the drive-thru first reconciliation, this parking lot sacrament was actually quite nice (when the wind died down). Strange and memorable, at the very least.

She officially decided the host tasted like Cheerios. At least she won’t be picky about that each week.

If your children don’t get 80s jokes, don’t attempt a flying nun joke.

We recreated the end of her baptism. Thankfully, we do not have to deal with an infant car seat anymore.

Back home, it was more photos (I’ll spare you) and then the eating starting.

There is an infamous dominoes night where we served octopus and later found some members of the group trying to hide dinner under the rim of their plates.

I’m not sure why Michelle bought escargot or why she should thought it was a good menu addition (maybe still feeling sad about missing our Paris trip) or maybe she just discovered, surely while digging through basement boxes, that we actually owned escargot specific plates. So, why not? We doubled down on the esoteric end of the seafood menu again.

Going to bet we were the only celebration in town yesterday with snails.

Even with visitors and sacraments, there was still piano practice. No flash cards, though.

Allison’s chosen meal (excluding the escargot) was lasagna and arancinis. She has declared the soft-balled sized ones from Galleria Umberto’s the best she’s had outside of Palermo.

Oh, there was one more thing she requested to end the day: ice cream cake! Half mud pie, half cookies ‘n cream.

Pretty sure the leftover cake is not going to be languishing in the freezer for long.