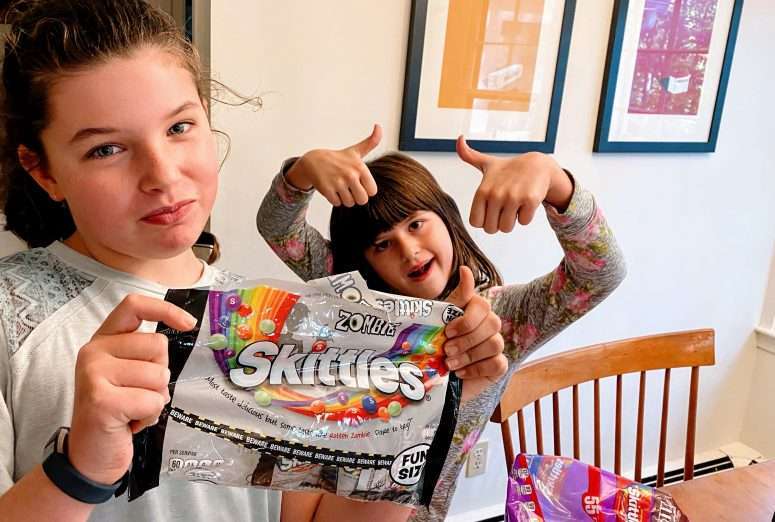 So Cecilia won’t be graded in sixth grade and this makes me… slightly itchy. I actually think it will be very good for her but as someone that was schooled in the 80s and 90s and was pretty good at tests and rule-following it is a very different middle school experience. Add remote learning on top of that and I sometimes find myself a bit adrift as a Dad.

I find myself stuck between chastising and cheering. Yes, they need to do the assignments but if they wander off and get interested in something else along the way? If they try to figure out how to make a quick bread rise with the right leavening ratios? If they do their assignment while pretending to be filmed for their YouTube channel? It’s all good. In fact, maybe it’s better. Maybe this weird school year will let the kids roam and not crush the curiosity out of them.

Even if it makes their conventional Dad uncomfortable.

Michelle continued her quest to get the girls to watch “old fashioned” movies. This time it was Mr. Holland’s Opus. We both sort of forgot just how angry and bitter Mr. Holland was and if he was such good friends with the governor, you’d think she’d be able to squeeze a little cash out to keep the music department running. Cecilia was horrified by most of his behavior. 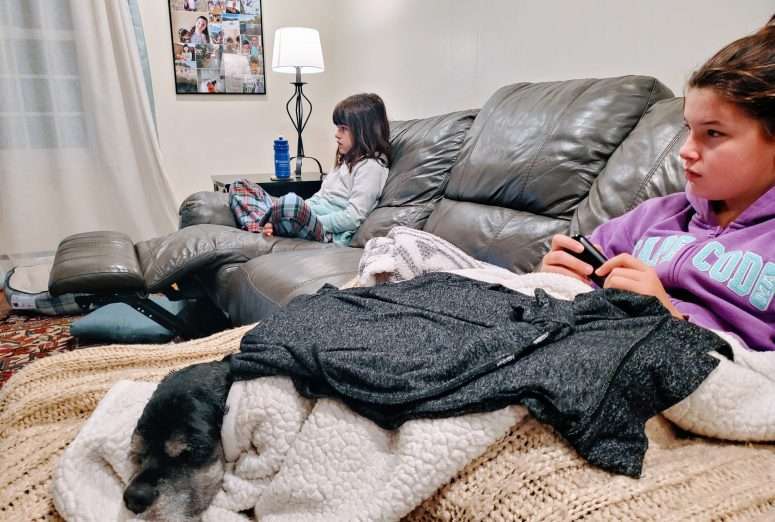 Not pictured: soon after this the treadmill started feeling the holiday spirit and became possessed, raising and lowering the pace on its own. 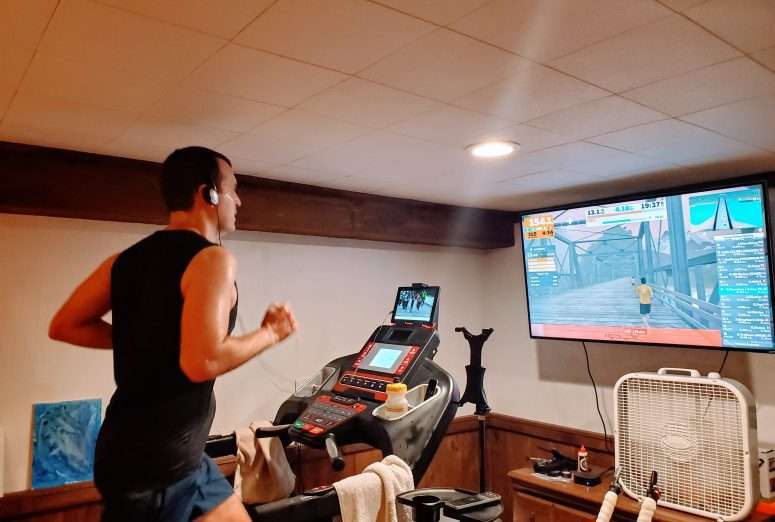 Plain circles are no longer enough. Cecilia is now trying to make breakfast shapes. This was a butterfly waffle with chocolate and unicorn chips. 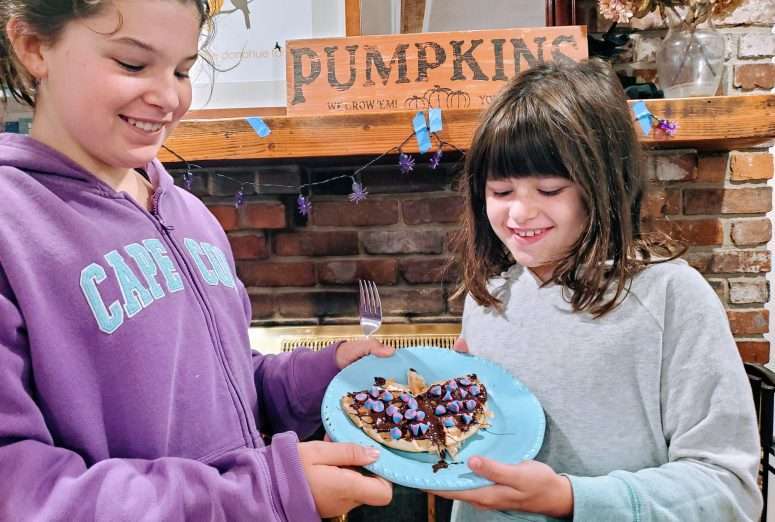 Every time Ally puts her Barbies away in her desk drawers, I can’t help but think of the Seinfeld episode where Kramer tucks the Japanese businessmen into his oversized chest of drawers. 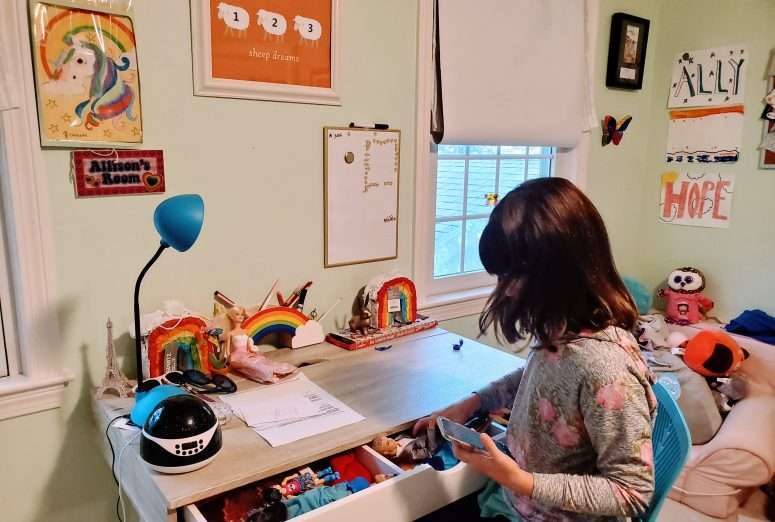 All week Michelle was talking about taking a day to do nothing. For her, that meant limited use of power equipment, only one trip to the transfer station, and less than five Google searches on home plumbing projects. 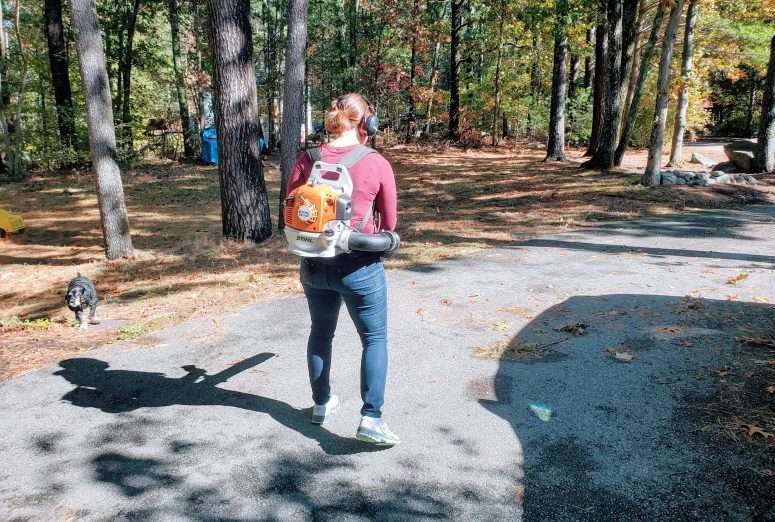 I should make an infographic showing the color degrees of cooked nuggets that Ally will consider eating. Here she is inspecting the breading for any place the nugget might have crossed the Rubicon from bronze to burnt sienna. 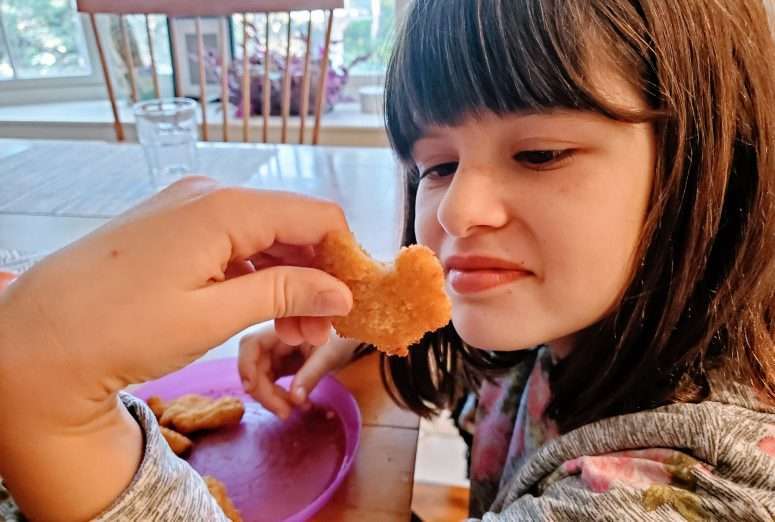 The morning storms cleared and even the transfer station was looking pretty. 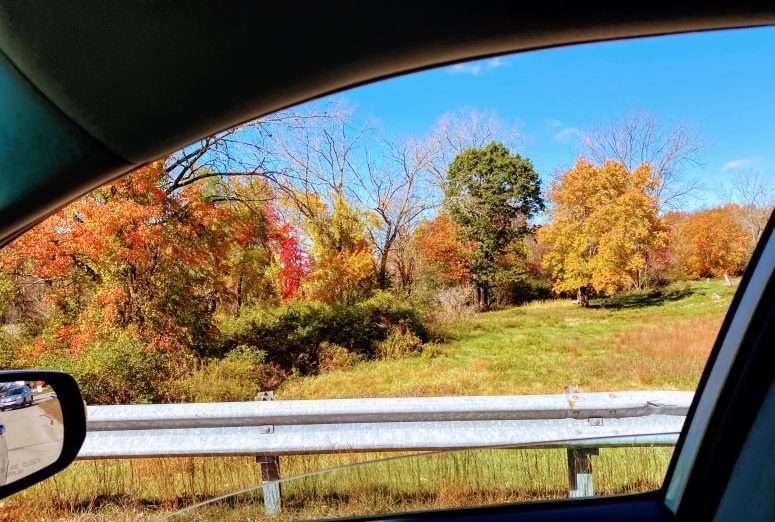 Ally went to the dentist this week and all those desserts caught up with her. She literally had a hole in one tooth. Parents of the year! We’ll see how long the excitement over new electric toothbrushes last. 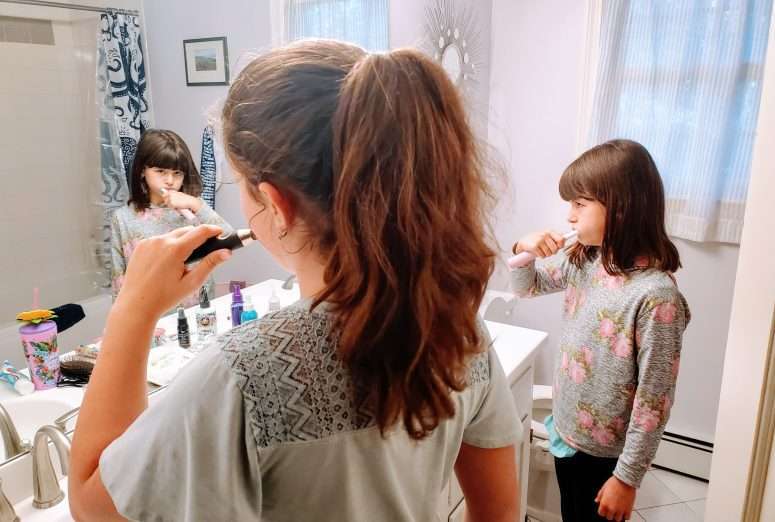 After lunch and brushing, we attempted to play the updated Clue board game. Let me preface this by saying it comes with a 20 page instruction book with multiple figures and examples. It was harder to understand than new math. Even afternoon beers didn’t help. 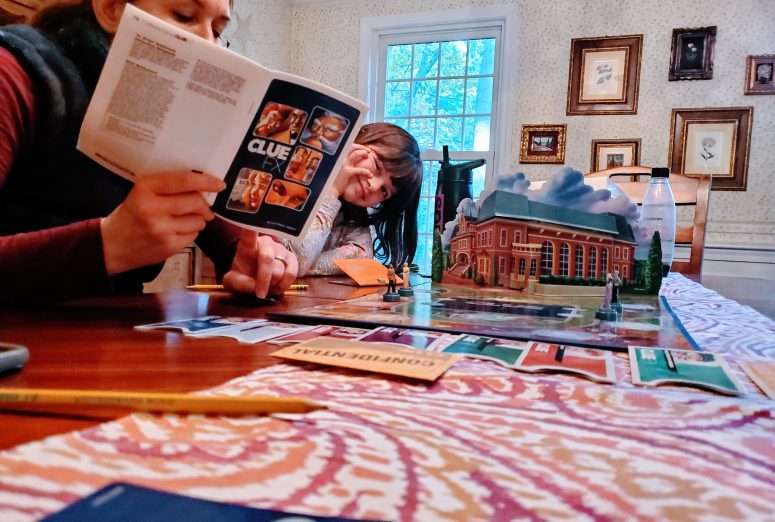 We had more success with Apples to Apples. No instruction book. Still beer. 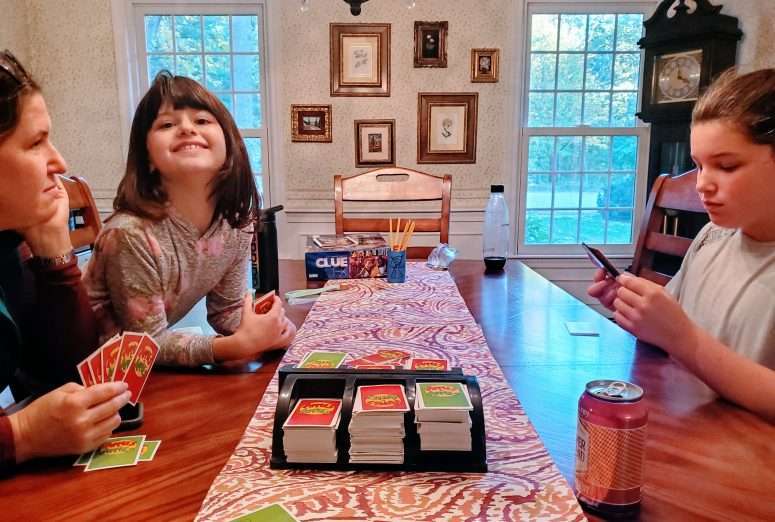 Trying to think of a more geographically disparate dinner. Okonomiyaki, Japanese street pancakes, for the adults and old fashioned American pot pies for the kids. You might be able to detect Ally’s disapproval for how long the crust spent under the broiler. Burnt sienna! 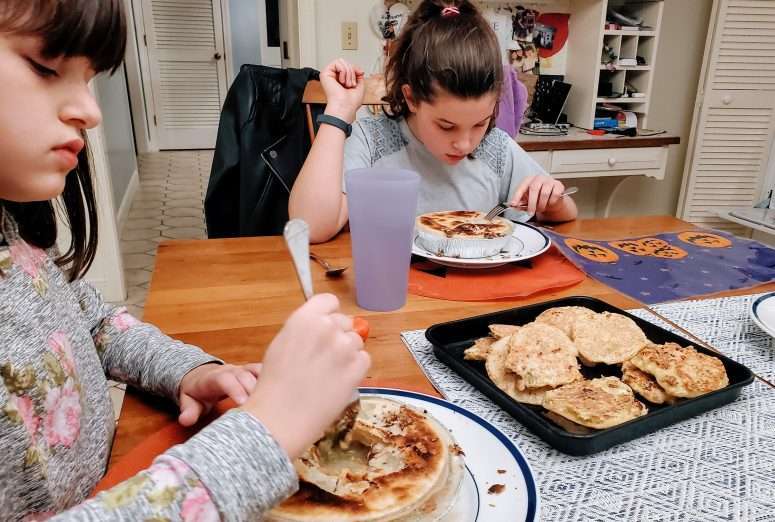 Just like the leprechaun’s explosion in popularity on St. Patrick’s Day, I’m not exactly sure how Boo’s became such a big Halloween thing. The girls were very excited to go out and Boo some of their friends. 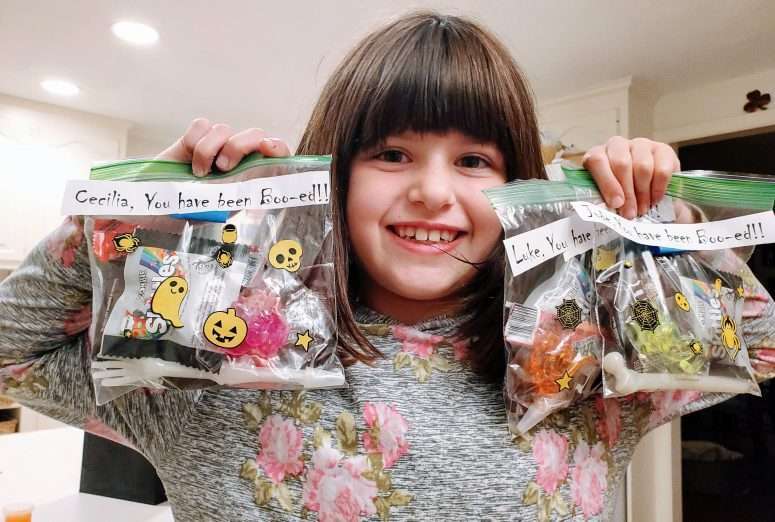 Then, in a twist, we were Booed ourselves. I always appreciate when parental booze is included in the Boo. 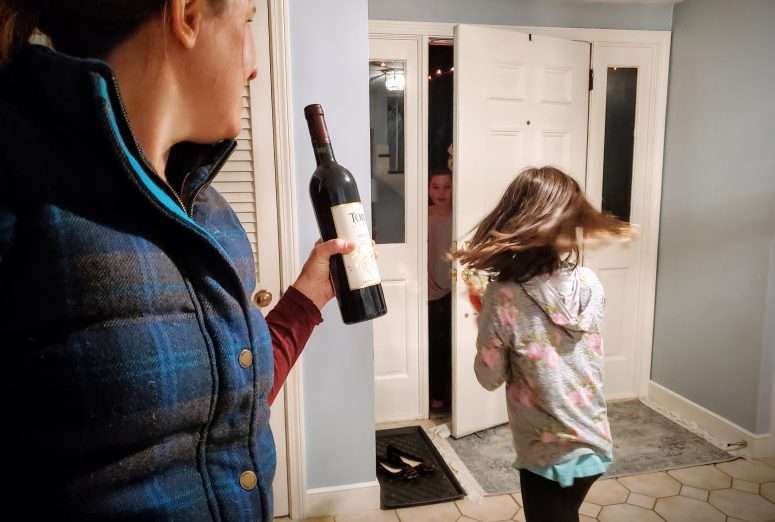 Boos done, kids in bed, we killed the end of Saturday with a bottle of wine, in the family room, with the Netflix. Case closed.